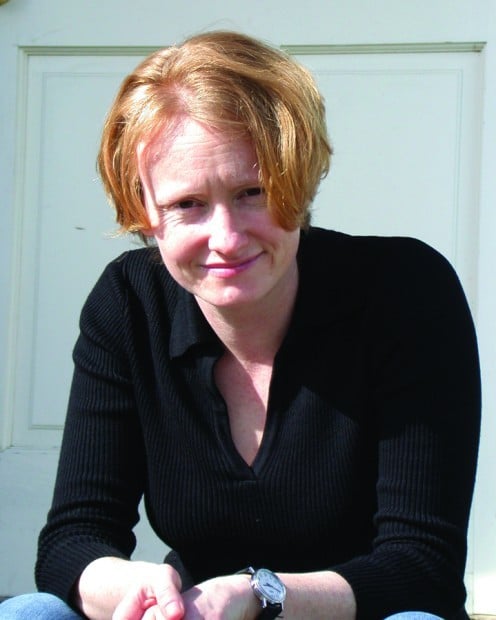 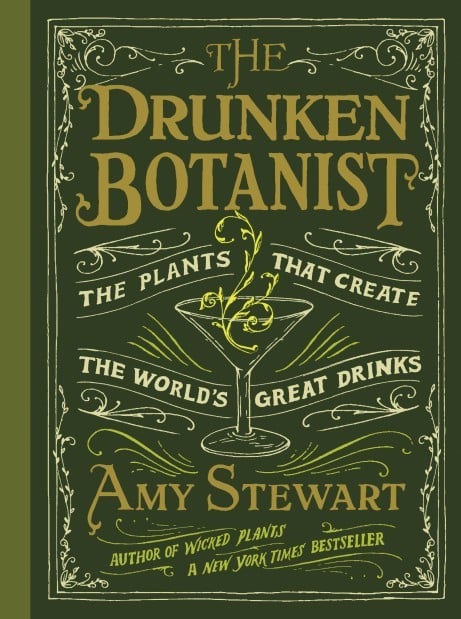 "The Drunken Botanist", by Amy Stewart.

When Amy Stewart orders a drink, she doesn’t consider how cooling a gin and tonic will be after a long hot day or about the sweet minty punch of a Cuban-style rum mojito. Instead, Stewart, the New York Times bestselling author of six wry and witty books on the natural world, thinks about junipers, sugarcane and mint. The first is used in making gin while sugarcane, an enormous grass originating in India, China and New Guinea, is the basis for rum and mint, muddled by a mortar and pestle, a necessary ingredient when concocting a mojito.

When Stewart told friends about how a liquor store is, for her, like being in a greenhouse filled with a cornucopia of plants that through the centuries have been used to create the drinks we consume, they laughed and told her to write a book.

And so she did.

"There wasn't a bottle in the store that we couldn't assign a genus and species to,” writes Stewart in her latest book "The Drunken Botanist: The Plants That Create the World’s Greatest Drinks" (Algonquin Books 2013; $19.95). Bourbon? Zea mays, an overgrown grass. Absinthe? Artemisia absinthium, a much-misunderstood Mediterranean herb. Polish vodka? Solanum tuberosum.

Thus, Stewart began her journey, exploring distilleries (it’s a tough job but someone had to do it) as well as talking to botanists, anthropologists, historians, librarians, farmers, distillers and bartenders. Dedicated to the telling detail and unique, if not downright weird, fact, Stewart compiled all her research and tastings with the goal of telling the history of cocktail ingredients.

So what was the most unusual?

Stewart has to pause, because really there are so many unique plants used in distilled spirits. Finally she settles on sundew, a tiny carnivorous bog plant.

“It has tiny sticky hairs and it attracts bugs,” says Stewart who discovered a recipe for rosolio from the 1600s using sundew though it does suggest removing any insects stuck in the plant before adding “dates halfe a pound, cinnamon, ginger, cloves of each one ounce” along with rose leaves and sugar all seeped for 20 days along with Aqua Coposita in a glass container stopped with wax. All we can say is yum.

Stewart wasn’t able to make it to the one distillery, located in Germany, that still makes rosolio from sundew plants but it is on her list.

Believing that a thousand cocktails can be mixed in a kitchen garden, Amy Stewart planted a cocktail garden in her backyard, growing such plants Menta x villosa Cuban Mojito, an authentic Cuban mint variety grown in Havana used for making mojitos.

“It’s a strain of spearmint that has a little different flavor,” says Stewart who devotes the last part of her book to growing herbs, flowers and other plants to use in making drinks. “Another one I really like is a variety of celery called Redventure. its stalks are red and they’re only about the size of a pencil and are great for muddling into a Bloody Mary.”

Some of these plants such as Redventure, lavender and sweet and hot peppers (great for infused vodkas), are easily grown even in Northwest Indiana. But others, such as pomegranates and jasmine can’t survive our winters. So for help in planting a Northwest Indiana Cocktail Garden, we turned to several area experts.

“We sell mojito mint here,” says Marsha Bradley, nursery head of perennials, shrubs and trees for Chesterton Feed and Garden Center in Chesterton. “Nasturtiums have a peppery taste which would be great for drinks like a Bloody Mary to give it a kick. You could also grow other types of celery too to use for garnish.”

Edible flowers like the pink flowers of a Red Bud tree, indigenous to this area, are perfect to float in drinks.

“Pansies are edible but they’re more about color than taste,” says Bradley, “so they would make a good garnish.”

Wines made from fruit and flowers has long been popular says geologist/botanist David Hamilla, noting that dandelions, elderberries and other types of berries grow easily around here. Hamilla says the mountain mint, which grows wild in the woods in Northwest Indiana, would be the best one available for making drinks like mint juleps.

“Pycnanthemum virginianum or common mountain mint grows well here,” agrees Joy Bower, the department naturalist at Lake County Parks, noting that mountain mint can easily be grown in a garden and would be good for mojitos as well.

“Or you could do a yellow Bloody Mary using yellow heirloom or regular tomatoes,” she says.

Peg Mohar, a former executive director, board member, volunteer and part time employee as land assistant for the Shirley Heinze Land Trust, grows wild ginger, a native plant, as a ground cover around her house in Chesterton.

“It could certainly add a nice flavor to a martini once the root was cleaned and minced,” she says. "In sangria I can't help but think it would be a great addition. Haven't tried either but would be a willing consumer if someone served it up.”

Amy Stewart is having three book events in the Chicago area.

Make sure you're not hurting your skin with these bad habits

Make sure you're not hurting your skin with these bad habits

PennyWise Episode 24: 10 tips to keep your moving costs down

PennyWise Episode 24: 10 tips to keep your moving costs down

How to add the perfect pot filler to your kitchen

A pot filler is a fancy addition to any kitchen. Basically it's a cold water tap installed by the cooktop area, eliminating filling pots at the sink.

For book lovers, the idea of a home library promises a cozy, relaxing escape with a favorite read. Read on for 19 home library ideas.

Get garden watering right with a rain gauge

Because watering — not too much and not too little — is a key to a successful garden, it pays to be more analytical. A rain gauge can help with that.

If your goal is to make and keep friends, then forget Pinterest perfection. That’s the message food blogger Abby Turner relates in her new boo…

Designs to cool down your home this summer

You don't have to sacrifice design for comfort in the summer. Many good-looking pieces can offer decor and function, according to design experts.

You may find it hard to get rid of your timeshare

The Property Line: 5 Mortgage Trends for the Rest of 2021

It’s brutal out here for home buyers in the second half of 2021. Mortgage rates will rise, home prices will keep going up and buyers will continue to face competition.…

"The Drunken Botanist", by Amy Stewart.