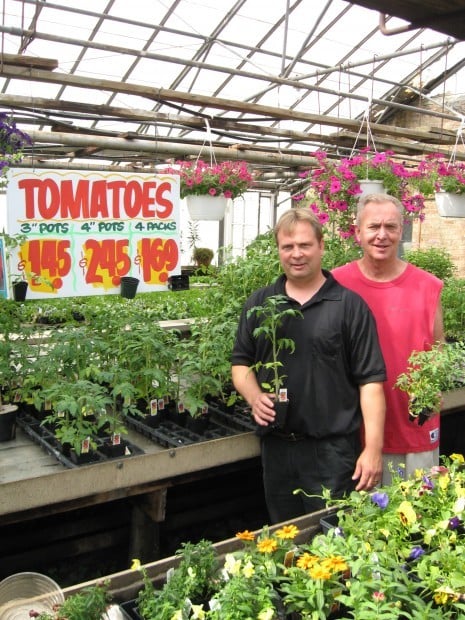 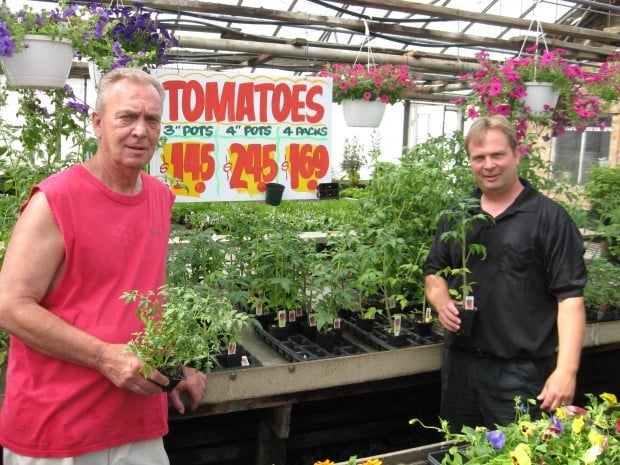 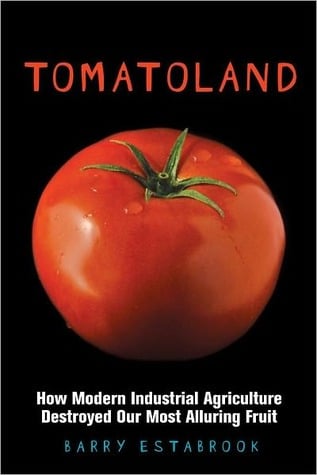 Stacy is the daughter of Fran and Max Samuelson, who have owned and operated Samuelson's Nursery in Valparaiso for nearly 50 years.

"I usually start our tomato plants for the spring season in the greenhouse by the end of February," said Brandy, who cites the Patio Tomato variety as an annual favorite.

"Even if someone doesn't have any interest or space for gardening, having one or two tomato plants, even if it's just in a planter on the back step, is still a priority for many people. There's just something about being able to pick a fresh tomato from your own plant in your own yard."

Interest in tomatoes has grown even more this season after the release of a new book published this month called "Tomatoland: How Modern Industrial Agriculture Destroyed Our Most Alluring Fruit" ($19.99, Andrews McMeel Publishing) by food journalist Barry Estabrook, who based the 240-page hardcover on a 2009 article he wrote for Gourmet magazine.

The book begins with Estabrook's experience one day while driving behind a semi hauling just-picked tomatoes: "This heavy truck in Florida, laden with what appear to be Granny Smith apples. Some of the orbs fly off the truck, but they turn out to be tomatoes so plasticine and so identical they could have been stamped out by a machine. A few have cracks, most are unblemished, and not one is smashed, despite the long drop at 60 mph."

Estabrook's book is described as an "expose of today's agribusiness systems, which produce tomatoes as lacking in nutrition as they are in flavor.

"Of all the fruits and vegetables we eat, none suffers at the hand of factory farming more than a tomato grown in the winter fields of Florida, which accounts for one-third of the fresh tomatoes grown in the U.S.," Estabrook explains.

"Modern agribusiness can't deliver a decent-tasting tomato in large part because it's essentially against the law since regulations set by the Florida Tomato Committee determine what a tomato should look like, and the older, tasty varieties don't conform to the rules of color and shape."

Among some of the surprising and shocking facts shared in his new book:

• The tomato got its start in the arid climates of South America, making Florida's humid weather possibly the worst place for tomatoes and resulting in heavy use of chemical fertilizers, pesticides and herbicides.

• A tomato today contains less vitamin C, thiamin, niacin, and calcium and 14 times as much sodium as its 1960s counterpart.

Estabrook says there's no doubting that Americans long for the flavor and texture of a home-grown tomato, especially since tomatoes rank as the second most popular produce behind lettuce.

The good news is that Estabrook's research found nearly nine out of 10 backyard gardens today include homegrown tomatoes.

That's good news, and not really a surprise, to Jerry Sr. and Jerry Jr. Soukal, who own the 95-year-old Soukal Floral Company and Greenhouses, 6118 S. Archer Ave. on Chicago's southwest side near Midway Airport.

Up until just a few years ago, the Soukal family operated as many as 16 greenhouses, almost consuming an entire city block. The entire operation was started by Frank Soukal Sr. and his wife Rose. They passed the family business and secrets of growing success on to son Joseph, Jerry Sr.'s father. Two weeks ago, Joseph died at age 95, leaving his tomato-growing legacy to be continued by his son and grandson.

"We planted 15,000 tomato plants, with our bigger tub tomato plants getting started in January and the rest of the seedlings started in February," said 44-year-old Jerry Jr.

"And it was Grandpa, back in February, who was out in the greenhouse at age 95 doing what he loved best, doing his tomato plant starts. In fact, when this family business began 95 years ago, it started with us selling our tomato plants from the back of a wagon."

Jerry Sr., 65, said among the tomato plant favorites, the variety Early Girl ranks among the top, since it's billed as "ready for picking in 45 days after planting.

"Our other most popular tomato plants are the Big Boy for the large slicing tomatoes and the Sweet 100 plants for the smaller cherry tomato variety," Jerry Sr. said.

As for growing advice, Jerry Jr. said tomato plants prefer a "loose soil rather than a packed soil."

"Once they get going, tomato plants are happiest doing their own thing."

At home with Marni Jameson: 8 ways the post-pandemic home will change

For anyone aspiring to have a lovely home, especially during the pandemic, let me warn you about the two words that will foil your plans every…

Looking for ways to give your home a new look in the new year? Start with quick, easy refreshing techniques that won’t break the bank.

Blast through shower grime and save the elbow grease.

This is the quickest way to give your bathroom a new look.

Buying Guide: Easily turn any outlet into a nightlight

Finally a way to free up your outlets.

How to turn your bed into a luxury hotel heaven

Here's how to make your whole house as comfortable as a luxury hotel.

The best places to live in the Midwest

Counting down from Waukee, Iowa at to Carmel, Indiana, here are the 100 best places to live in the Midwest. Get comfy and read on to see if your hometown or potential new home made the list.

Ask the Builder: Hanging a flat-screen TV where there's a window

Q: Tim, she who must be obeyed (SWMBO) has informed me that the two flat-screen TVs in the unopened boxes must be installed in days. One TV will end up on our bedroom wall, and the other is to go over a living room fireplace. There’s a huge window there. Fortunately, the TV is wider than both the window and the wood trim surrounding the window. How in the world do I attach the flat screen bracket to glass? Do you have any other tips to share about how to get this right the first time? It’s best not to anger SWMBO. Next time you’re near Houston, I’ll gladly take you out for some superb seafood. —Chris M., Tomball, Texas

Q: My boyfriend’s mother died several months back. He wants to either buy his sister out or sell the property, but his sister has refused his verbal requests to buy her out and things have gotten quite strained between them. It is their home and they both live there and now own the home jointly.

How to get a down payment together for a home

How to get a down payment together for a home

Household items you can sell for extra money

Household items you can sell for extra money