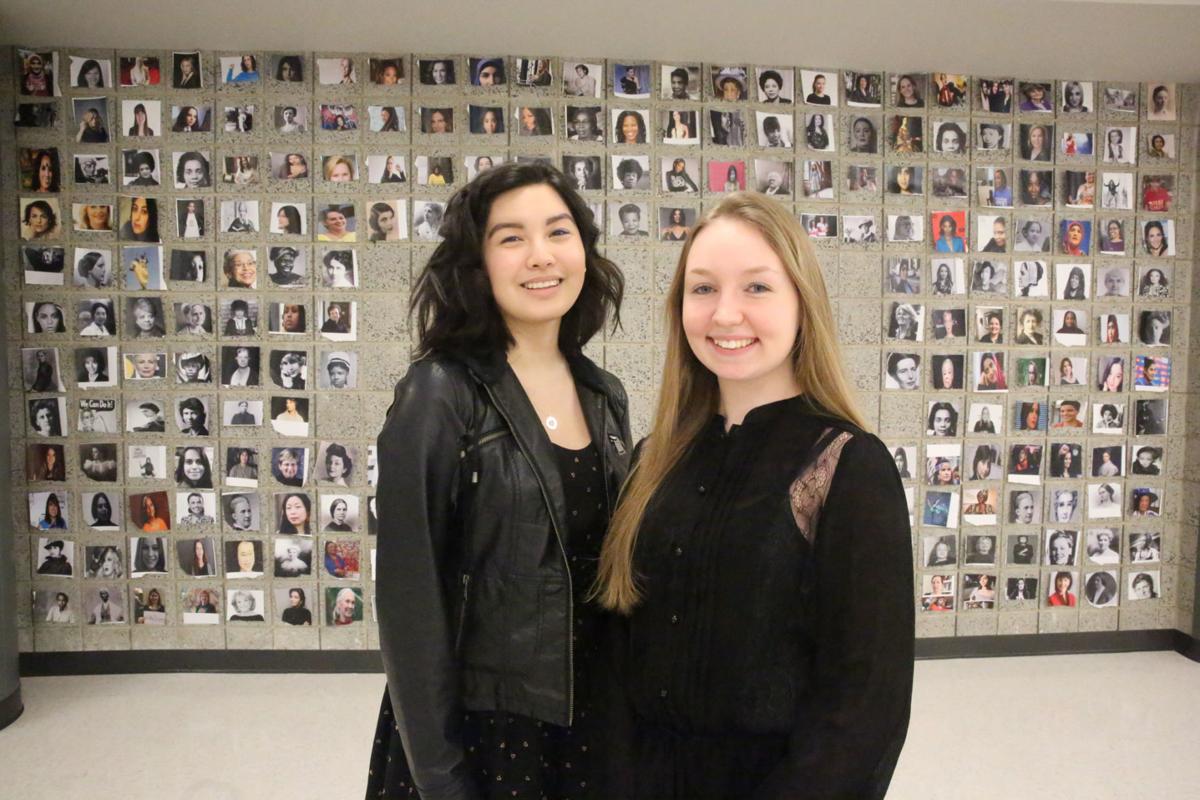 Ariana Kanaya, left, and Grace Bentkowski stand by the photos that were used in the video they created to portray women's empowerment around their school. 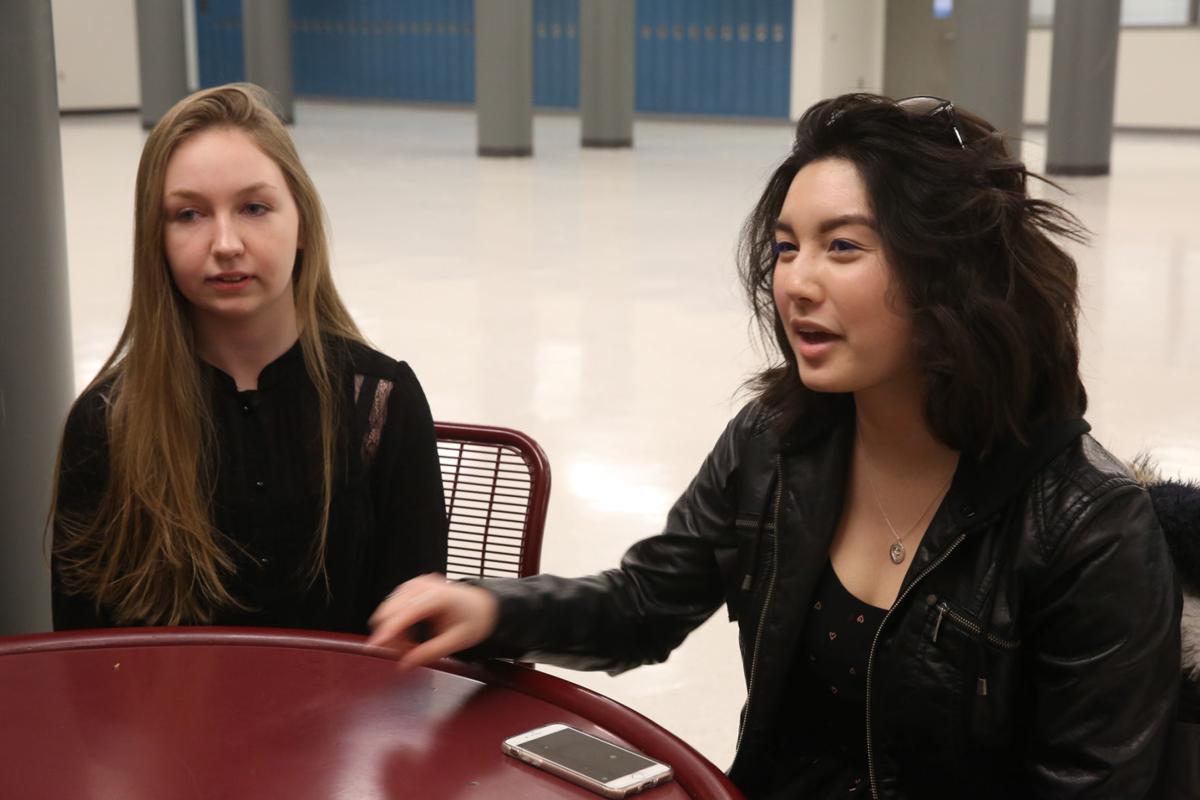 Grace Bentkowski, left, and Ariana Kanaya talk about creating their women's empowerment video and why it's important. 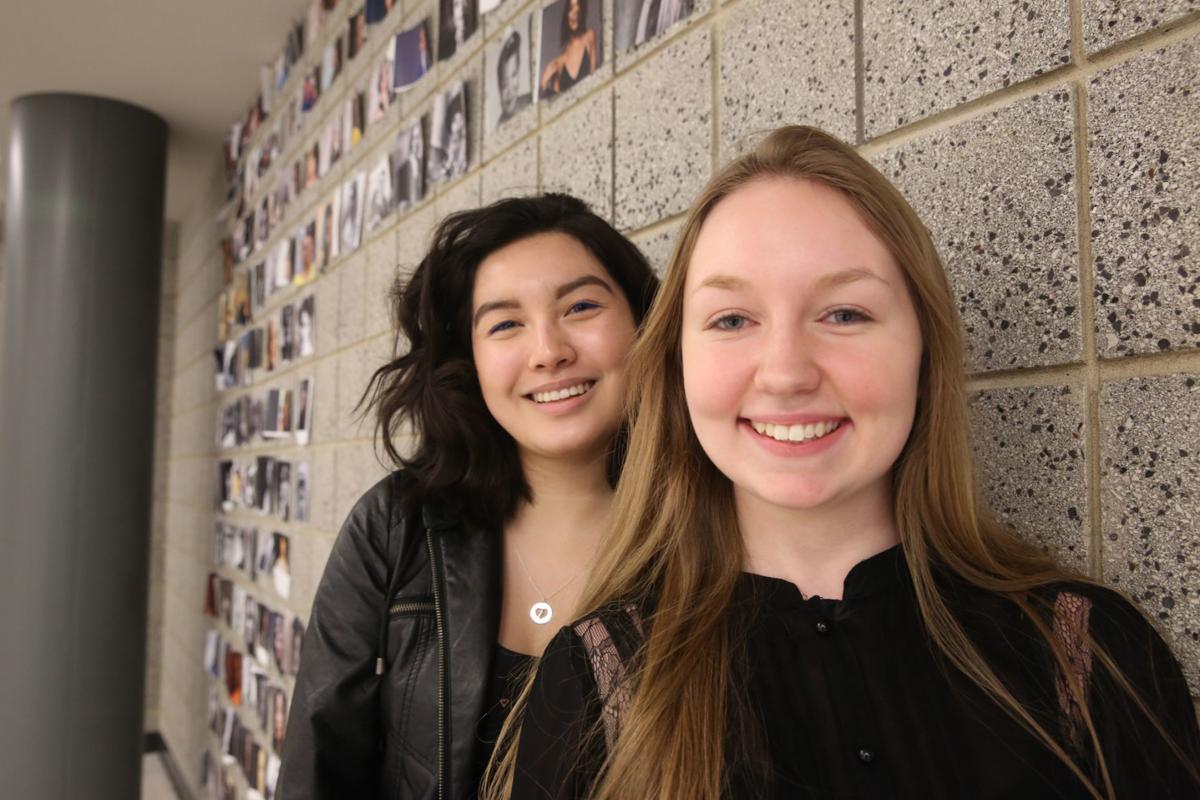 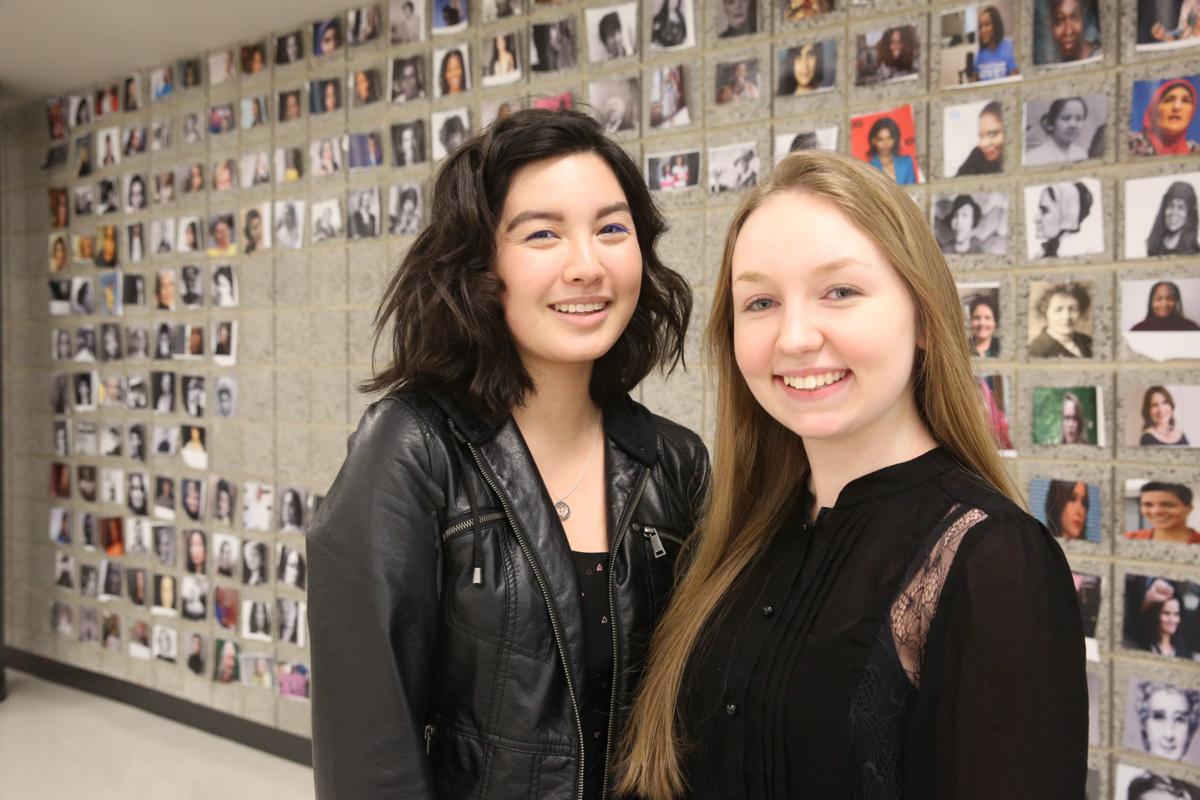 Ariana Kanaya, left, and Grace Bentkowski stand by the photos that were used in the video they created to portray women's empowerment around their school.

Grace Bentkowski, left, and Ariana Kanaya talk about creating their women's empowerment video and why it's important.

The students recently created a video to portray women empowerment around their school, featuring students and staff who believed in their message of equality.

They decided to create the video because of events sparked in 2017, such as the Women's March and the #MeToo movement, which spread virally as a hashtag used on social media to address sexual assault and harassment.

"We thought it would be great to raise awareness of the issue at school as it takes place all over the world," Bentkowski said.

The duo reached out to girls of all different grades, race and age at Lake Central.

At the beginning of the video, Bentkowski and Kanaya begin placing photos of important women activists on a wall. The wall is slowly finished throughout the video.

They also wrote viral hashtags representing the women's empowerment movement on the hands of girls featured in the video.

Additionally, after researching significant dates that positively affected the movement in 2017 those were written on the arms of the girls in the video as well.

"We both felt that these words needed to be written on the girls simply because they impact us every day," Bentkowski said. "And women are the embodiment of empowerment."

The video also acknowledges everyone who has helped be a part of the growing topic at school and in the community.

When the wall of activists is completed, the pair add another hashtag, #GirlLove.

The video began as an assignment for the pair's broadcast journalism class.

"We wanted to make sure we had equal representation across grade levels, races and ethnicity because part of feminism is about equality and supporting everyone," Bentkowski said.

Bentkowski said because it was a controversial topic they expected some mixed reviews on the video but so far it's been nothing but positive.

Kanaya said it has been important to see women speaking out against their sexual predators.

"If no one speaks out — if teenagers like us don't take a stand now than that silence is just going to continue," she said. "It's going to be perceived to society that it is OK to continue those horrific actions. We wanted to spread a positive message of equality."

Kanaya said she just wants to be seen and respected the same as her male counterparts and in general.

"If we just had more equality and love in this world," she said.

A message Bentkowski wants viewers to take away from the video is to not be afraid to speak their beliefs and don't be afraid to make something that portrays them in a controversial way.

"It is nice to reach out to other people who might be thinking the same way," she said.

WASHINGTON (AP) — In a global exclamation of defiance and solidarity, more than 1 million pe…

The Millennial Generation is unique in many respects, not the least of which is the way it u…

ArcelorMittal steelworker Jason Reyes was on vacation in California last year, visiting his …

Illinois sets up new hotline for victims of sexual harassment

CHICAGO — The Illinois Department of Human Rights has set up a new hotline for victims of sexual harassment.

ST. JOHN — By the time he was a junior in high school in Calumet City, Al Gandolfi said he knew he wanted to do something that involved helpin…

ST. JOHN — Two residents asked the Lake Central School Board on Tuesday what is being done to prevent an attack like the recent shooting in a …