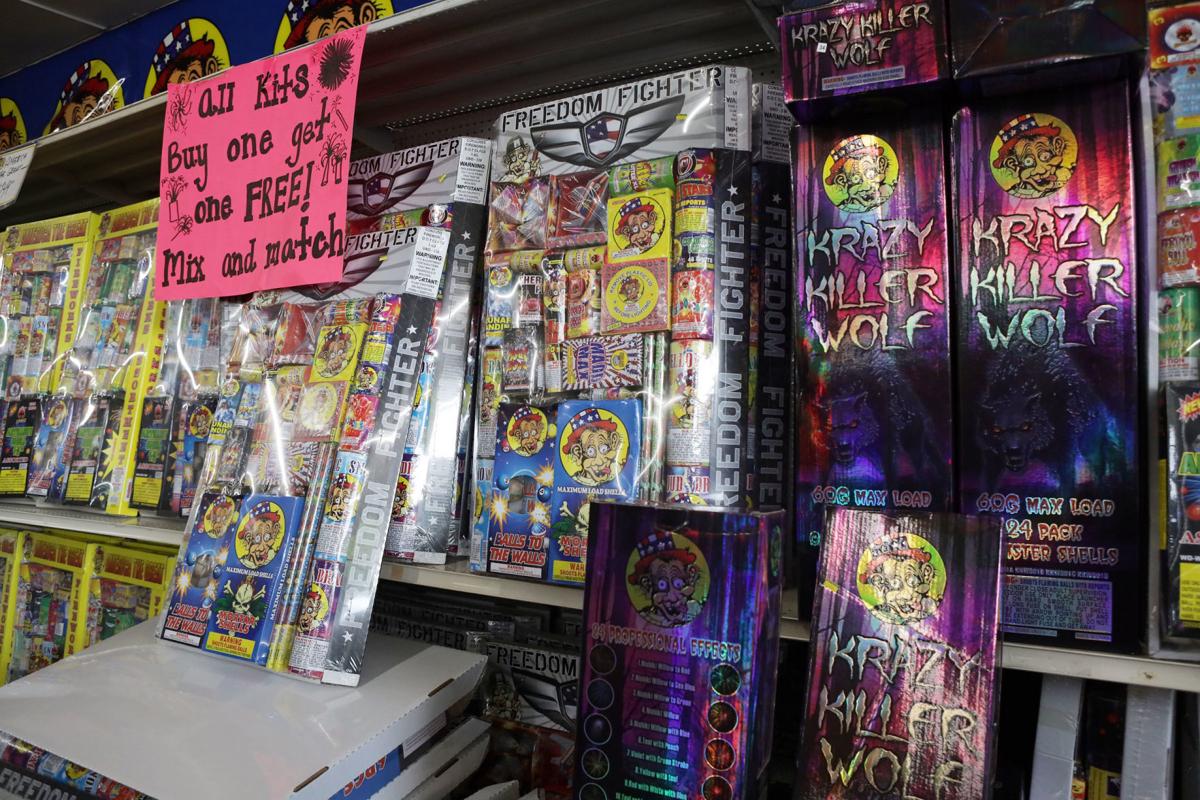 Krazy Kaplans in Northwest Indiana is fully stocked with fireworks for the Fourth of July and other celebrations. 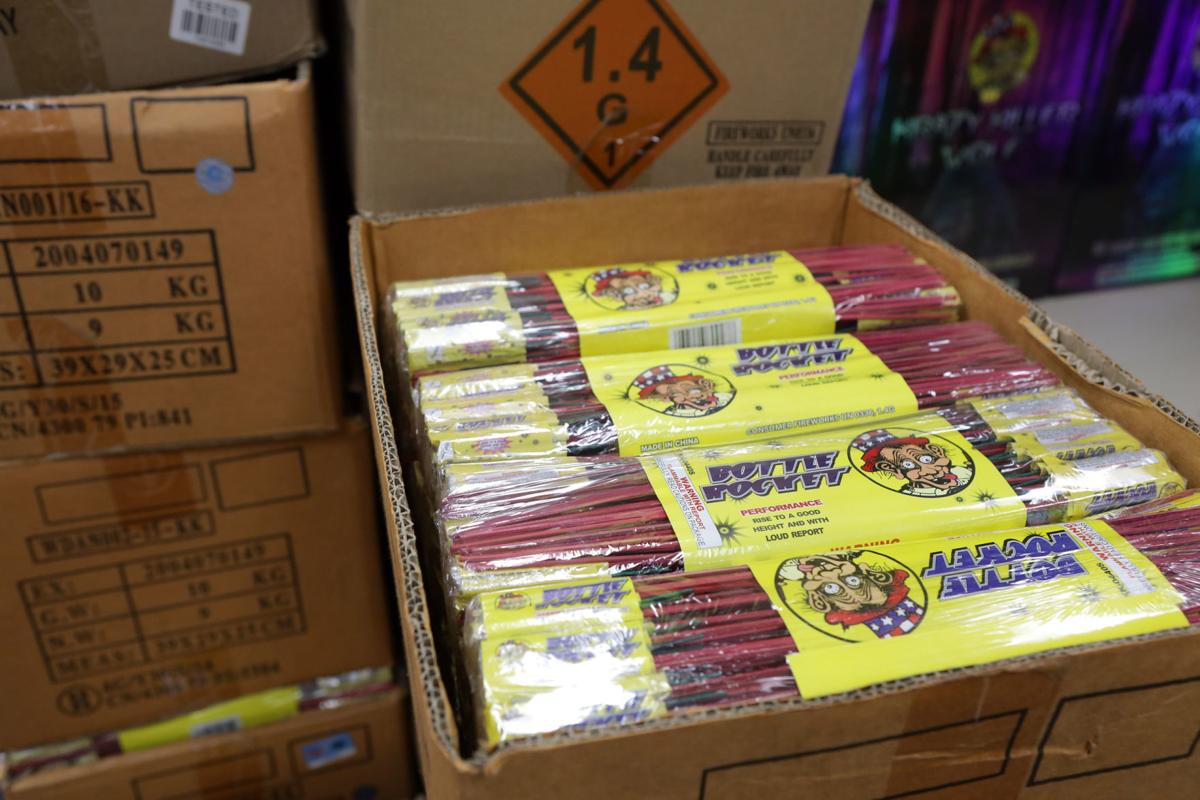 The bottle rocket is popular with do-it-yourselfers but its use is regulated depending on where you live. 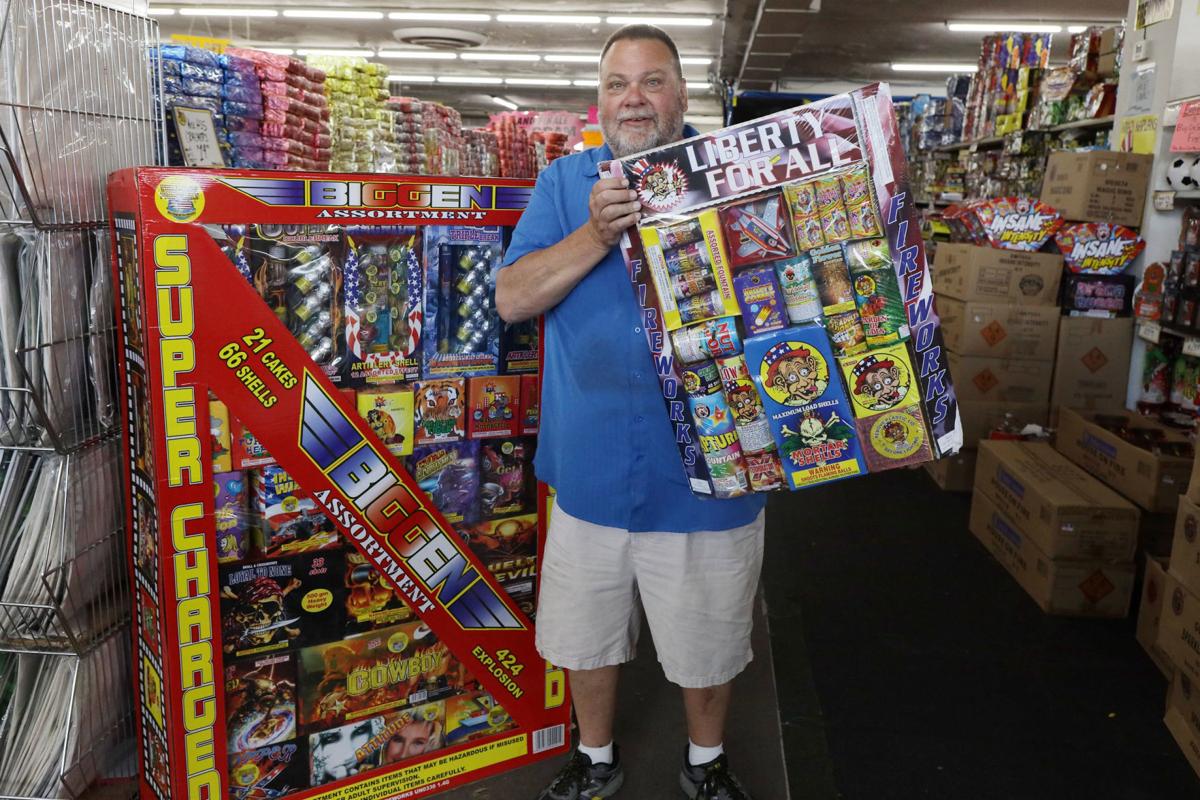 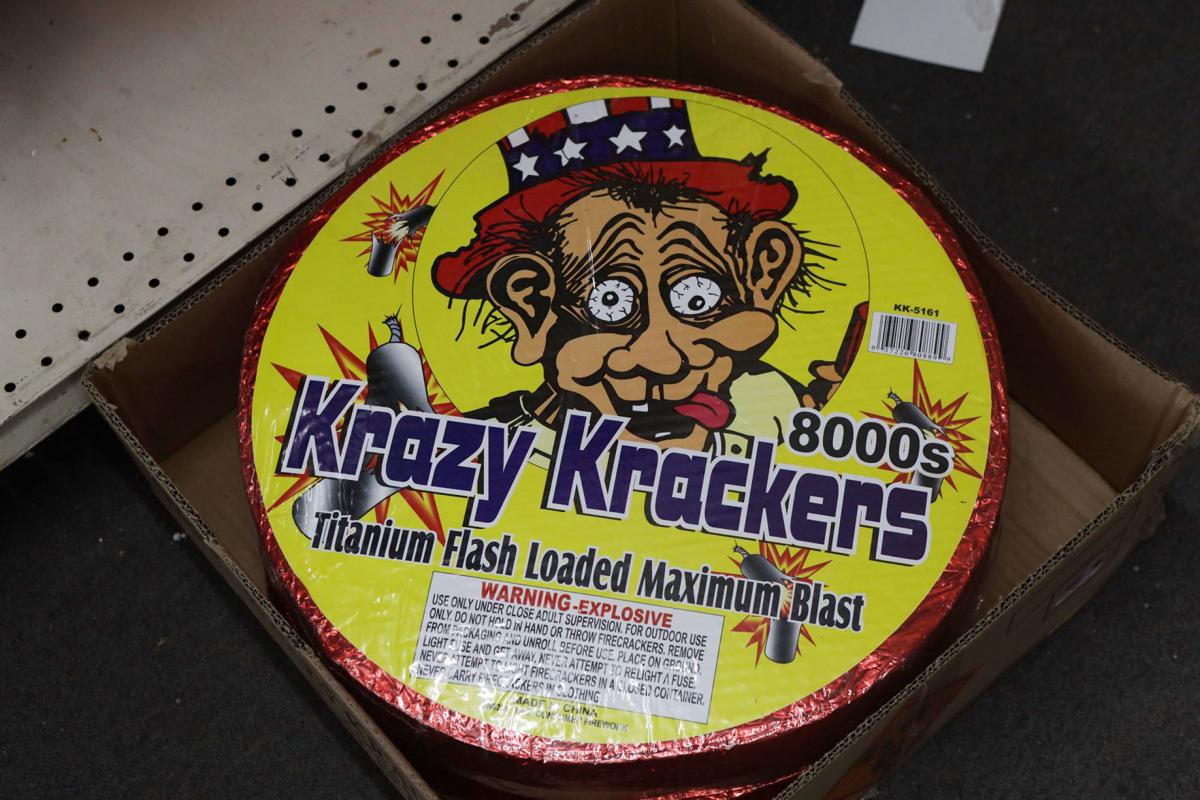 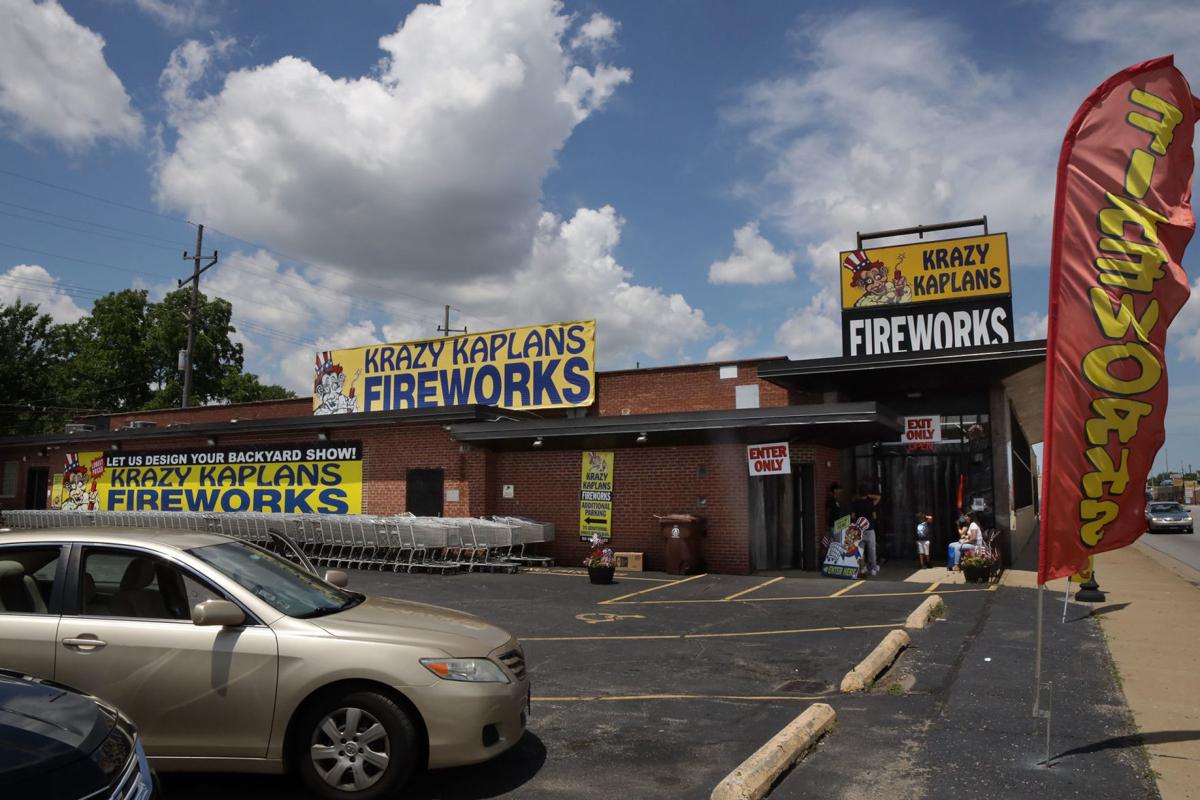 Fireworks at Krazy Kaplans has several locations in Northwest Indiana.

With Fourth of July celebrations across the Midwest cancelled by COVID-19, fireworks stores are seeing a major boom in business. And that can only mean one thing: Inexperienced, first-timers will be setting off explosives during their own backyard light shows, igniting concern among public safety officials.

Law enforcement officials, entertainment experts and business owners explain how backyard entertainers can avoid injury and jail time, and find the best fireworks before they fly off the shelves.

Illinois remains one of the toughest states in the nation when it comes to banning fireworks, outlawing all but essentially sparklers and snakes, whereas Indiana is often considered the wild, wild west — with countless stores that cater to border-hopping pyros. Some Indiana cities, though, limit the hours at which fireworks can be set off, so  check with local officials.

Wisconsin falls somewhere in between — residents can buy and possess certain fireworks, but most are illegal to use without a permit from your local municipality or fire department.

Greg Kaplan, owner of Krazy Kaplans in Northwest Indiana, said the business at his seven stores is unlike anything he’s ever seen during the global pandemics.

“Most years, folks would have had a picnic, swam in their backyards, had a barbecue and laid the blanket out for the (cities’ fireworks show). Well, that’s no more. The ‘Curious Georges’ are the ones walking out with hundreds of dollars in merchandise now,’” Kaplan said. “And we still have the enthusiasts, the pyros, coming, too. So that’s a big plus.”

Officer John Fermon, spokesman for the Bloomington (Ill.) Police Department, said many locals make the hour-and-a-half drive to Indiana's Shelton Fireworks to buy their fireworks, though the transport and possession of fireworks is illegal in Illinois. State and local police said they are planning extra patrols and roadside safety checks over the holiday weekend.

Fermon said he hopes most families find others ways to entertain their guests. Under the state's Fireworks Regulations Act, a person can initially be cited with a petty offense, and Class A misdemeanor following a written warning.

Bloomington police receive hundreds of complaints on and around the Fourth of July holiday about excessive noise that stretches well past midnight, he said.

"The biggest complaint is the lack of neighborhood respect," Fermon said.

Police advise to never to mix alcohol or drugs with explosives. Only shoot off fireworks in an open area, away from house guests and have a water hose and fire extinguisher at the ready.

Fireworks laws in the Midwest

Illinois remains one of the toughest states in the nation when it comes to banning fireworks. The state doesn’t allow for the sale of hand-held fireworks, such as bottle rockets, firecrackers and Roman candles. Anyone who violates Illinois’ Explosives Act, which includes transport, possession or storing illegal fireworks, can face up to five years in prison and a $10,000 fine.

Illinois does not allow its residents to use fireworks except sparklers, snaps and snakes. at any time of year, including the Fourth of July.

Since 2006, consumer fireworks have been legal in Indiana.

Under Indiana law, fireworks are permitted to be shot off from 10 a.m. to midnight during the Fourth of July holiday. Every other day between June 29 and July 9, fireworks only legally can be used from 5 p.m. until two hours after sunset.

Fireworks can be purchased only by people 18 and older. Fireworks may be used on the user's property; on the property of someone who has consented to the use of fireworks; or at a special discharge location, according to the Indiana Department of Homeland Security.

Wisconsin allows residents to buy and possess certain types of fireworks, but most are illegal to use. And if you want set ‘em off, you need a permit.

Sparklers, snakes, smoke bombs, noisemakers and other novelty poppers or devices are fair game, but any hand-held firework that can be shot in the air — such as bottle rockets, Roman candles and firecrackers — is illegal. Violators can face hefty fines.

But the pandemics has given organizers a chance to figure out whether and how they can host such a mass gathering in 2021 with the ongoing threat of infection.

Stenman, whose company puts on professional light shows annually at concerts, ballgames and other sporting events in the Madison area, said backyard entertainers should sit out this year.

Valparaiso Fourth of July celebrations will go on, mayor says

“All of our shows have to be permitted, and there’s a high level of scrutiny with noise concerns, safety …” Stenman said. “I always tell people make sure they understand their local municipality’s restrictions, but personally we only leave it to the professionals. It’s a dangerous thing, and I don’t think we would advocate for (backyard use).”

Stenman may have a point. In the month around the Fourth of July, 180 people on average visit the emergency room daily with related injuries, according to the Consumer Product Safety Commission.

Hayley Peacock, manager at Marty's Fireworks in Hazel Green, Wis., said while each Wisconsin county has its own rules, her family's store offers a wide selection of fountains, sparklers, box cakes, mortar shells and more.

She said newbies can preview fireworks at Marty's, using the store's new technology, the PyroScanner. The unique barcode scanner will play a video preview of the product on a television screen, taking all the guesswork out, she said.

She said safety is their priority at Marty's, so the store give customers punk sticks, a smoldering stick to safely light fuses, to reduce injury.

Gallery: The Region celebrates the Fourth of July

Families will not be permitted to watch the shows from the sites and are encouraged to stay home.

Parts of Navy Pier to reopen Wednesday with masked staff

No gathering is too small for a DJ, bounce house or even a 40x20-foot movie screen

Summer is here, but the exclamation point that usually accompanies that phrase is more of a question mark in 2020.

Summer has arrived and with it comes patio parties and backyard gatherings. Though plenty of fun can be had while sipping on hard seltzer and …

As summer settles in our thoughts turn to the backyard, always a sanctuary but more so as the coronavirus pandemic highlights stay-at-home act…

Caterers, grocers dish up plenty of ideas to make food the life of the party

Tired of being cooped up inside all spring? Summer’s here and the time is right for backyard entertaining and delicious food.

Amid reports of fireworks going off day and night in cities across the country, the Region's many fireworks stores report seeing significant spikes in sales.

Krazy Kaplans in Northwest Indiana is fully stocked with fireworks for the Fourth of July and other celebrations.

The bottle rocket is popular with do-it-yourselfers but its use is regulated depending on where you live.

Fireworks at Krazy Kaplans has several locations in Northwest Indiana.