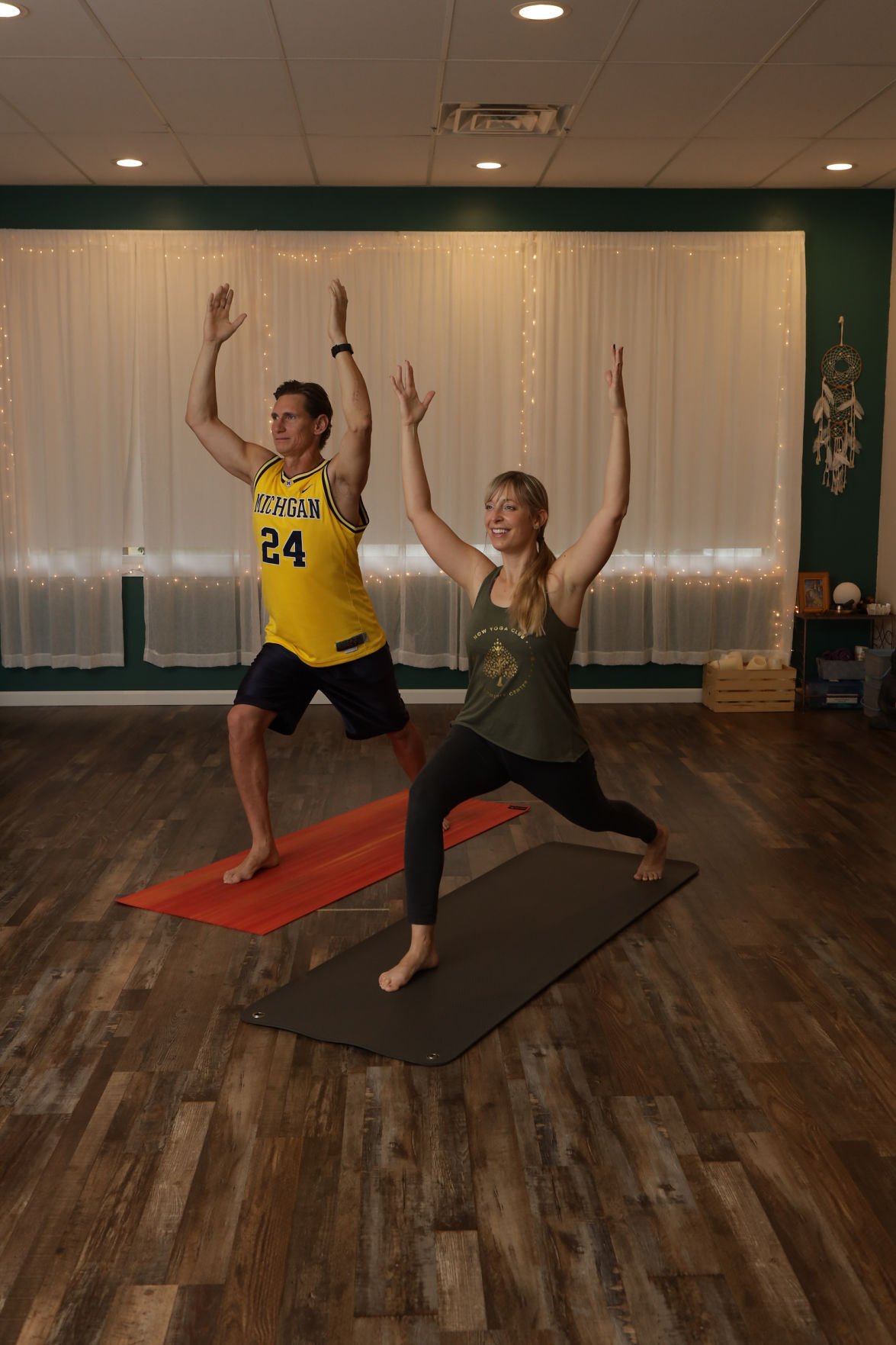 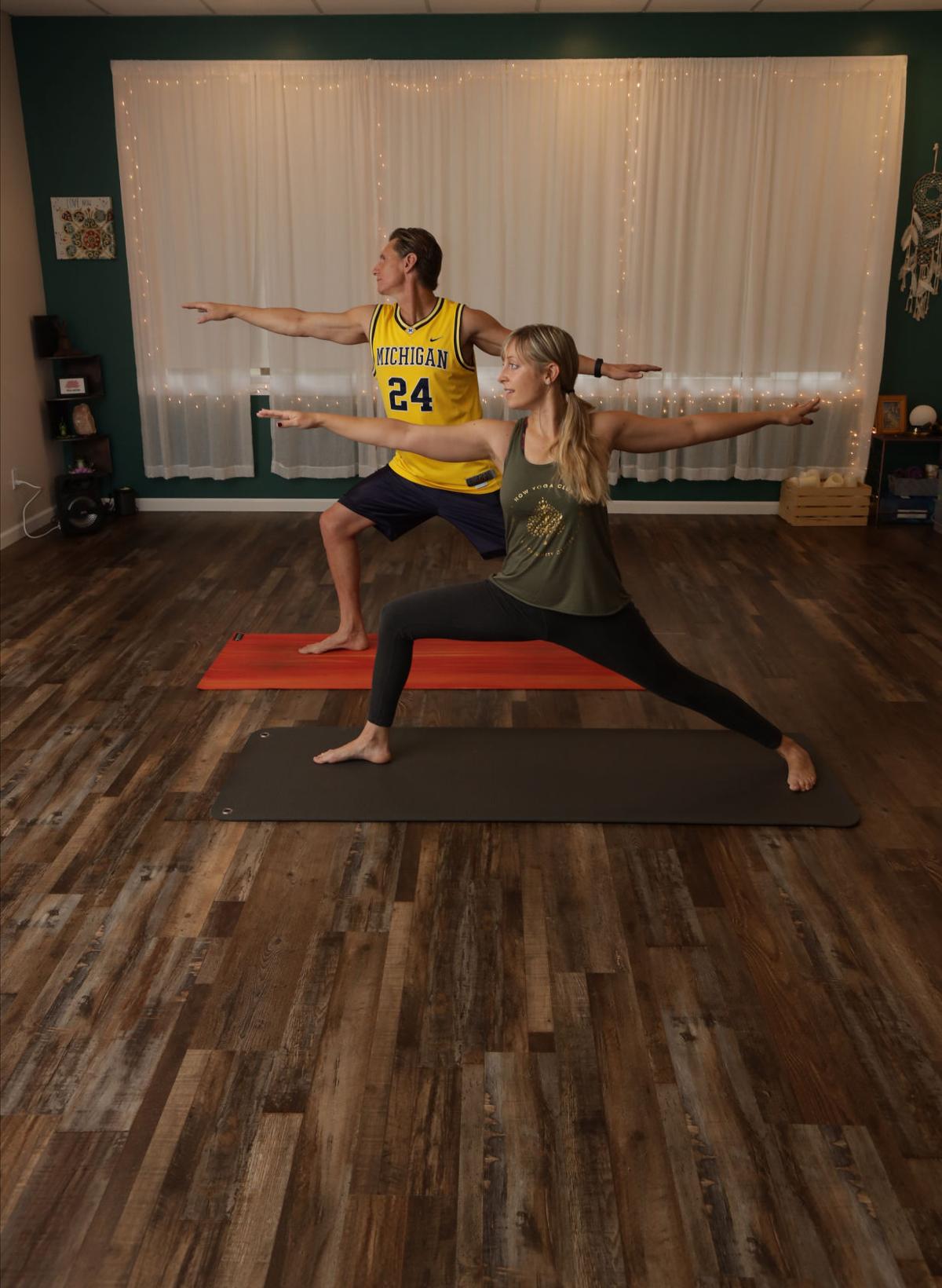 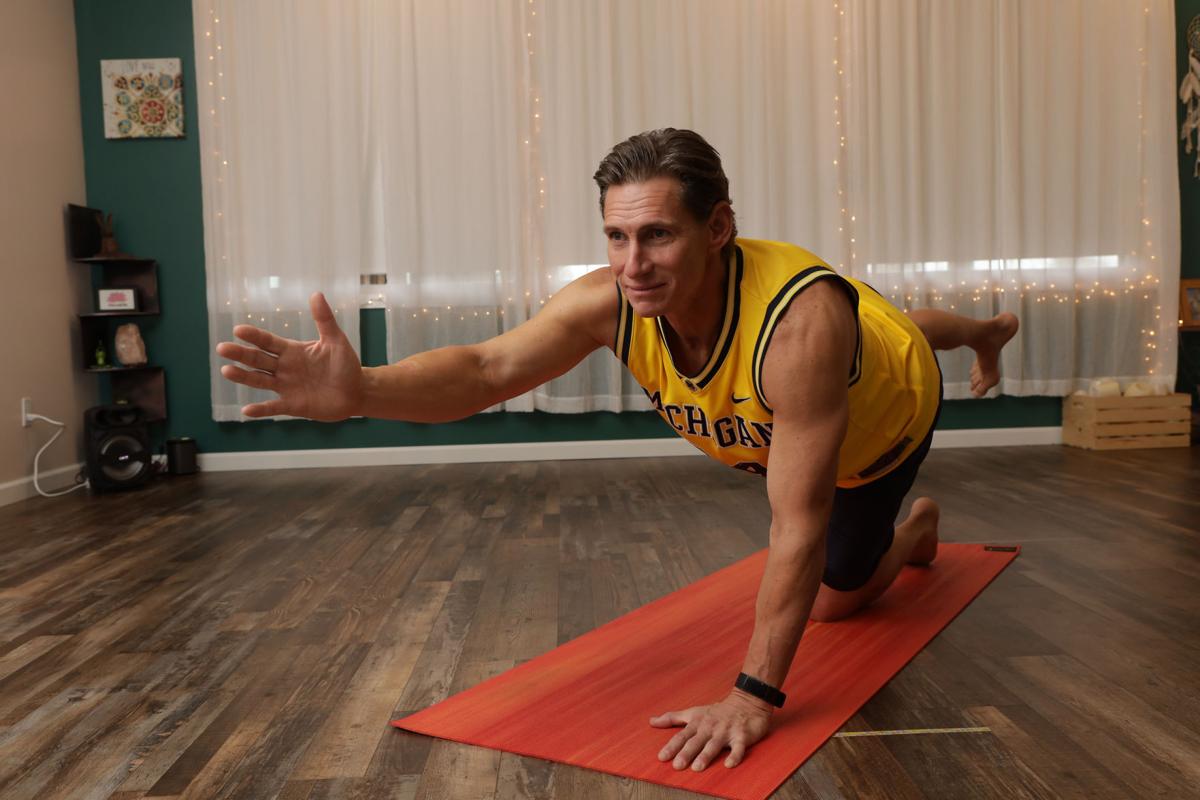 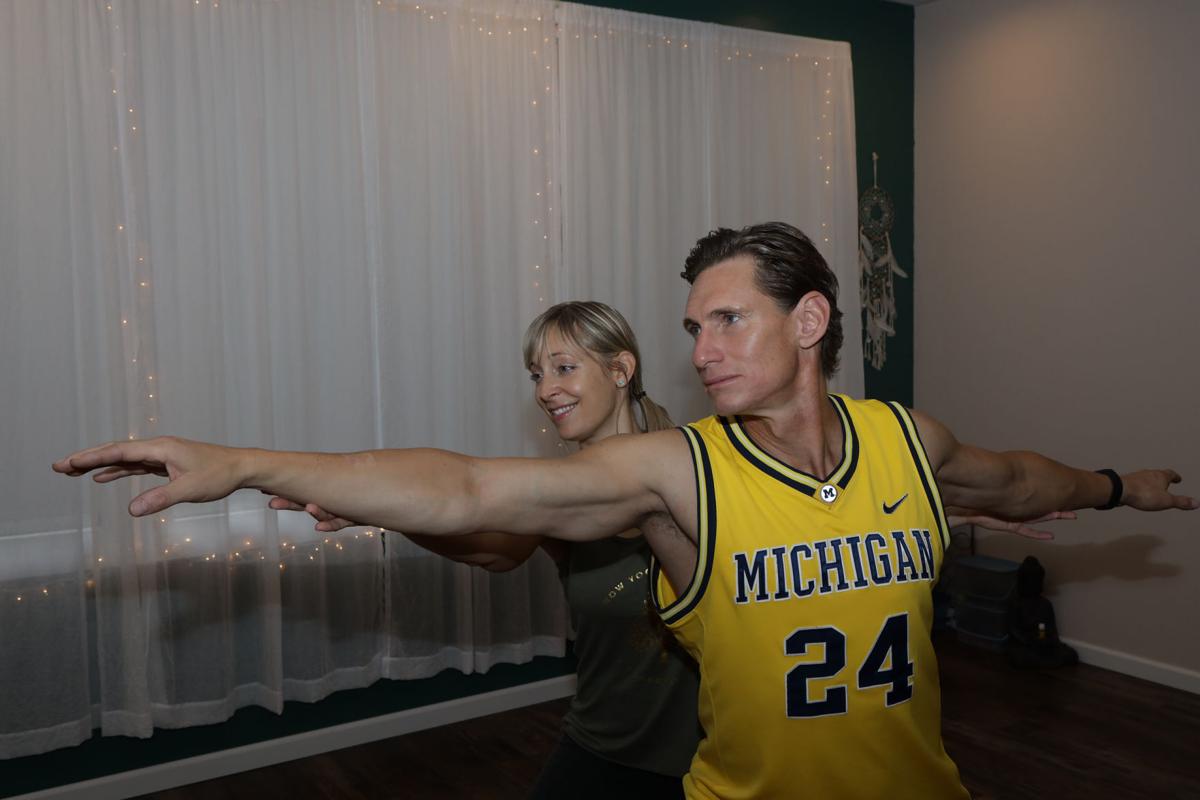 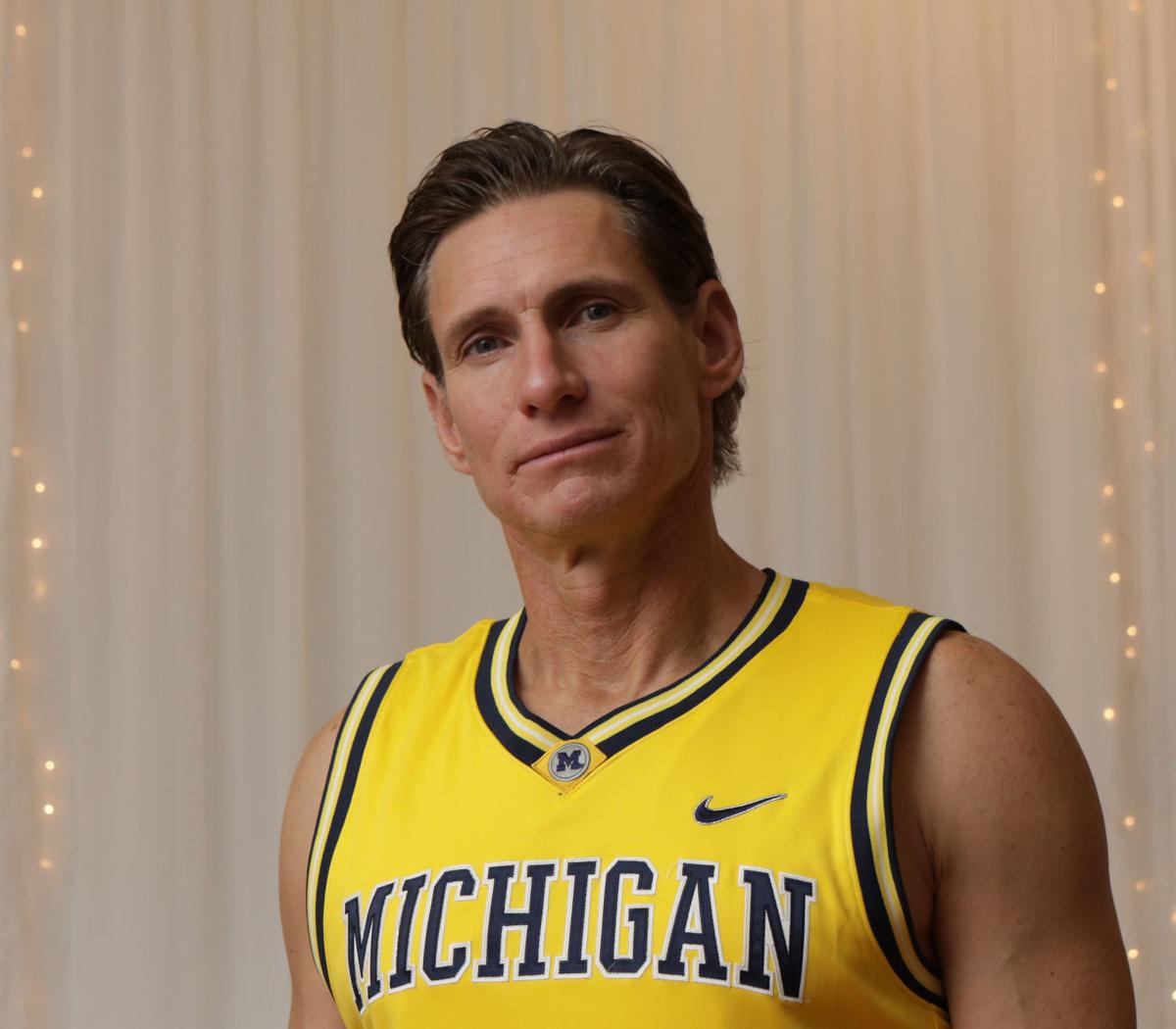 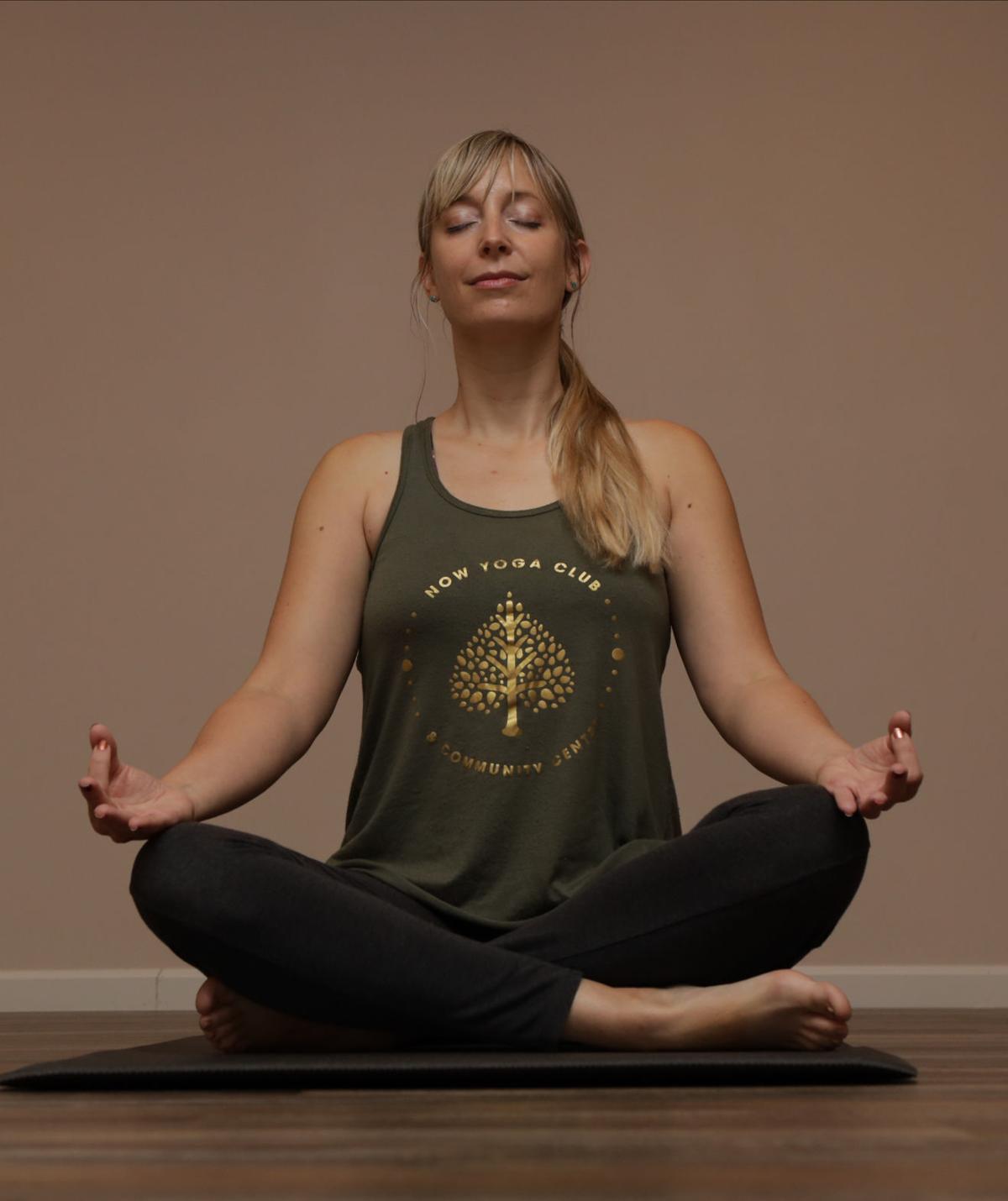 Bob Weinmann of Schererville played baseball in college. At 51, he has a new not-so-secret weapon that makes him throw better than ever.

He said he shares it honestly when asked by other players about his improved technique.

Many male athletes and wellness enthusiasts are disregarding the notion that yoga is a female endeavor, finding value in yoga and its ability to improve their lives on multiple fronts.

“I think it’s perfect for any sport,” Weinmann said.

He first considered yoga when his 24-year-old son, a former walk-on baseball player at the University of Louisville, said his baseball team used it as part of its fitness regimen, Weinmann said.

Weinmann also noticed professional  pitchers, a pro soccer player from the Premier League and even LeBron James practicing yoga to improve their play, he said.

In July, Weinmann joined Now Yoga Club & Community Center in St. John to discover the benefits. Besides the yoga helping him athletically, he counted on it to prevent potential injuries at his job as a forklift operator and truck loader.

Participating in five to six yoga sessions each week, he said he has noticed increased flexibility, improved posture and an ease in tension through breath work.

Sarah Johnson, owner and teacher at Now Yoga Club & Community Center in St. John, said men and women  can be more conscious of their breathing during yoga, which can improve  focus and performance.

She said some of her male clients come from sports and fitness backgrounds, and they find unexpected gains from yoga.

“Even though they came to their yoga practice with physical strength, they didn’t realize all the different ways yoga would increase their strength and even recovery time from other activities,” Johnson said.

Flexibility, endurance and balance are some of the other benefits of yoga, she said.

“If you are regularly lifting weights, for example, including yoga in your regimen will bring much needed balance to your workout and help with injury prevention,” Johnson said.

“Very generally speaking, I’ve seen that sometimes men aren’t as physically flexible as women when they first start yoga, but I’ve said it before and I’ll say it again: flexibility is not a prerequisite to practicing yoga!” Johnson said.

She also reminds her male clients the first yogis were male, and the tradition has thousands of years of male engagement, she said.

“Typically there’s one man for every six or seven women in class. I’m thrilled right now when we get three men in a class at once. I want to yell it from the mountain tops, ‘See! Yoga is for men, too!’ ” she said.

He said the instructor training program at The Yoga Room had the highest ratio of male instructors enroll this year, with five out of 10.

Zolfo has served northwest Indiana for 27 years as a yoga instructor.

His path to yoga began as a high school English and speech teacher, when he began experiencing headaches and digestive problems. Responding to this, he began graduate coursework in counseling psychology with a specialization in stress reduction.

While attending, he met his mentor, a professor from India who focused on the mind-body connection, or psychoneuroimmunology. The instructor and his focus lead Zolfo to yoga.

“I found within a short amount of time my headaches were gone, my digestive problems were gone, and that good old mind-body connection kicked in for me,” Zolfo said.

Zolfo said he and other studios noticed a big upturn in April of people interested in yoga as they searched for ways to cope with the mental weight of the pandemic.

Zolfo said yoga can be an intervention for men struggling with individual mental or physical issues, but it can also lead to overall wellness allowing for a longer, healthier life.

“There’s some of us who have been practicing things our whole lives so that no president, no division in the country, no COVID or lockdown or quarantine is going to affect us,” Zolfo said. “That’s that whole idea of cultivating something inside of yourself that male or female, you can have. And then all of this external stuff… is external to your stress levels.”

For any men interested in yoga, Sarah Johnson, owner and teacher at Now Yoga Club & Community Center in St. John, has some advice:

“All the men I know who practice yoga have had the same life-changing experiences I have as a female practitioner,” Johnson said.

“Get out of your head and into the studio. We’ll help you with the rest,” she said.

Retinas function like a camera, gathering information about light, motion, colors and images and sending them to our brains, instead a digital…

A happy puppy wearing a bow and jumping on an even happier child is an icon of Christmas movies. Professionals offer a different view.

These fruits, veggies and more can help build your body's defenses

As we move into cold and flu season, it’s important to understand that there are many ways we can take charge of our health so our immune syst…