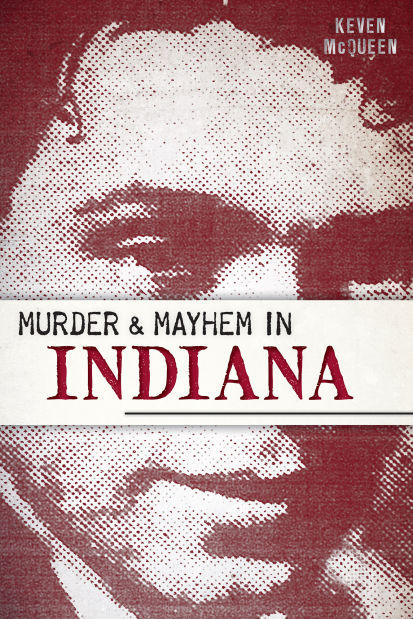 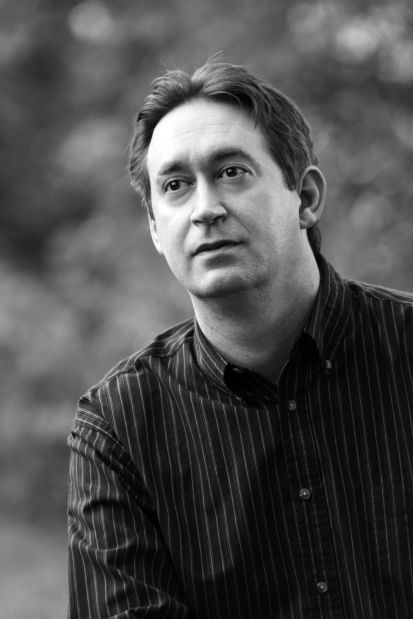 Kevin McQueen — author of the recently released, "Murder & Mayhem in Indiana." This book adds to his other book written about the state including "Strange Tales of Crime and Murder in Southern Indiana" and "Forgotten Tales of Indiana." 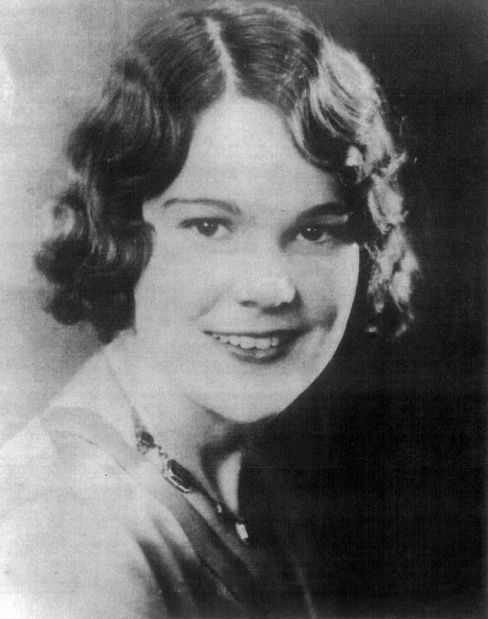 Arlene Draves was murdered by her boyfriend in 1930. Her murder is one of three in Lake County that Kevin McQueen investigates in his book, "Murder & Mayhem in Indiana."

As a history buff raised in Northwest Indiana, I simply couldn’t resist the title of Kevin McQueen’s latest book "Murder and Mayhem in Indiana" (The History Press 2014; $16.95).

McQueen, an instructor in the Department of English and Theater at Eastern Kentucky University, has written other books for The History Press including "Strange Tales of Crime and Murder in Southern Indiana" and "Forgotten Tales of Indiana," but this time he focuses on the entire state telling the tales of 17 homicides that took place from the late 1800s to the 1930s. Three of these occurred in Lake County.

“All three strike me as particularly interesting,” McQueen told me when I asked him why he chose these particular cases, “but for very different reasons. One is the case of a Hammond woman who was accused by her husband of murdering their twin babies in 1921. The unexpected ending to her trial can only be described as real-life humor at its most twisted. By contrast, another case, the murder of Arlene Draves by her ex-high school football player boyfriend in Gary in 1930, is nothing but sheer tragedy from start to finish. The third, the shooting of Rev. Kayser in Gary in 1915, is a baffling unsolved mystery made even stranger by the fact that he may well have been a spy for Germany in World War One.”

Though the Draves case continues to garner interest, even a “crimie” like me hadn’t heard of the other two. So how does McQueen, born in Richmond, Ky. with a B.A. in English from Berea College and an M.A. in English from Eastern Kentucky University, know so much about Hoosier crimes?

“For about a decade, I have spent time going through the Louisville Courier-Journal newspaper on microfilm, one issue at a time, taking notes on stories that sound interesting enough to research further and write about,” he said. “The most intriguing ones seem to be unsolved ones with multiple possible solutions, or ones that say something about human nature. Sometimes you’ll even find one that lends itself to a dark sort of humor. One good result of combing through old newspapers is that you find forgotten stories that have rarely been written about before.”

Interestingly, McQueen, on his Website mcqueenstories.com, describes how a psychologist diagnosed him as having Asperger’s Syndrome, a type of high functioning autism.

“I have a hard time reading other people’s emotions based on non-verbal cues, such as facial expressions,” he wrote. “I tend to be socially inept (though not always). I am not an unsociable misanthrope, but have a large number of acquaintances and few very close friends. It goes without saying that I tend to avoid the dating scene. I usually have great difficulty making small talk with strangers—or even friends, especially if I haven‘t seen them in a while. One of the dead giveaways that I am slightly autistic is my problem maintaining eye contact with people when conversing. No doubt it has led many people to think I’m a shifty-eyed liar.”

When I asked to interview him, he suggested that we email as he tended to be more be more articulate on paper than in person. And so that’s how we communicated.

When I asked McQueen why he became interested in Indiana crimes—his other books, all of which cover history, biography, historical true crime, natural disasters, folklore and ghost lore, take place in Kentucky or further south.

“Indiana has a very rich history,” he wrote. “And that includes darker subjects as well as more socially positive ones. I have written about many topics, but murder is especially interesting because it shows people at their very worst, and often their stupidest, behavior. I choose historical crimes rather than contemporary ones because there is less chance of upsetting the families of killers and victims.”

Murder and Mayhem in Indiana is available in bookstores and online through amazon.com; barnesandnoble.com and thehistorypress.com. It’s also available in ebook.

How to ditch a song that's stuck in your head

How to ditch a song that's stuck in your head

Kevin McQueen — author of the recently released, "Murder & Mayhem in Indiana." This book adds to his other book written about the state including "Strange Tales of Crime and Murder in Southern Indiana" and "Forgotten Tales of Indiana."

Arlene Draves was murdered by her boyfriend in 1930. Her murder is one of three in Lake County that Kevin McQueen investigates in his book, "Murder & Mayhem in Indiana."