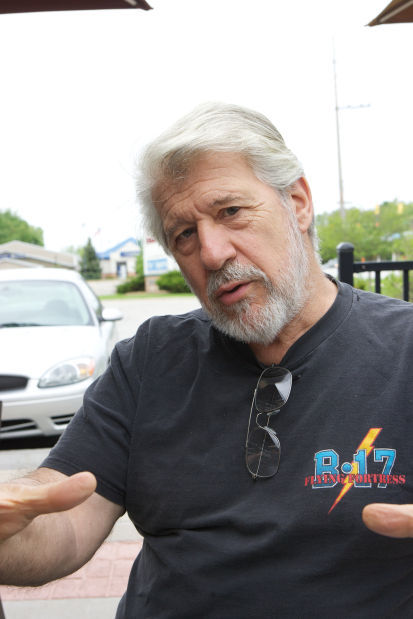 Ralph Parka has been a submarine geek since he was in grade school. Thanks to the G.I. Bill he had a career as an aviation mechanic. 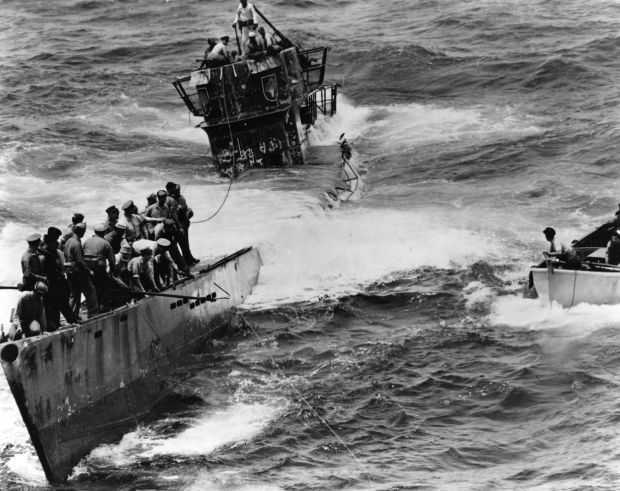 EPSON scanner image of the capture of the U-505 being towed after its capture. 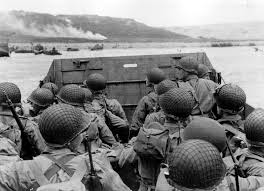 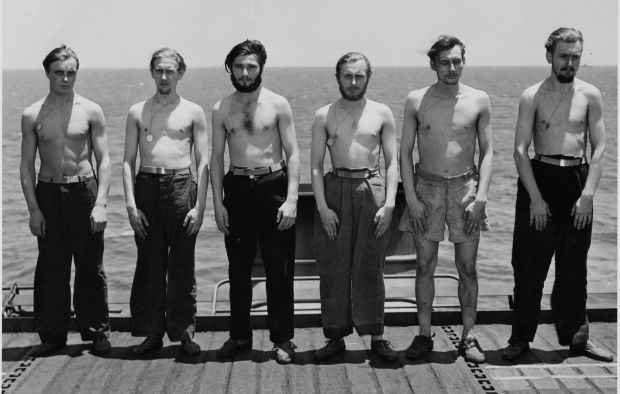 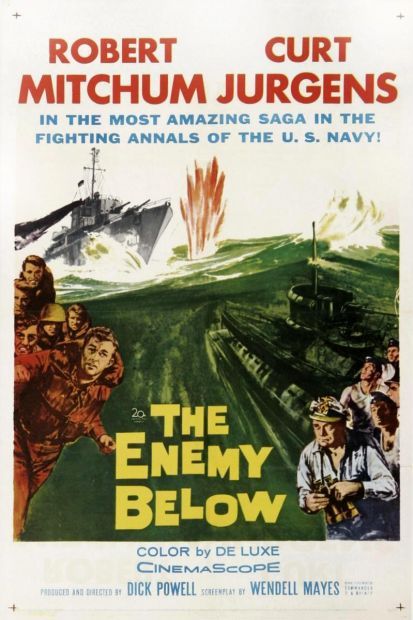 The movie "The Enemy Below" was a fictionalized version of the story of the capture of the U-505.

The last time Ralph Tarka visited the U-505 at the MSI was about two years ago just before he retired from American Airlines. But he has been a geek about military history and it’s accessories for his entire life. From a military family from the south side, he comes by his enthusiasm for the U-505 naturally, but laments the lost opportunity of Chicago acquiring the USS Silverfish, the most decorated American submarine ever that languished at Navy Pier for a while but ended up in Muskegon, Michigan. According to Tarka, who said he’s read every book and watched every movie about this that he could get his hands on, the German subs were so powerful there was speculation right after the war that the Nazis may have gotten on board and made it all the way to Argentina.

The main reason that Tarka is so crazy about the U-505 is because, as he said, “It’s a big piece of history right here in Chicago.” He mentions the book “Iron Coffins,” by Herbert Werner and his favorite movie “The Enemy Below,” with Curt Jurgens and Robert Mitchum, as the U-boat commander and captain of an American destroyer. “The scene in the movie when the Germans just put on the record player waiting for the depth charge to hit…I love that,” he said.

“I was a kid in grade school when I read about US subs in WWII. They were 99% in the Pacific and very few in the Atlantic,” he explained. “But it doesn’t matter what side you were on, they don’t know what happened to most of those guys.” So many crews were lost. There were a lot of good stories in “The Hunter and the Hunted.” Tarka has an encyclopedic memory about anything associated with World War II---the Germans, the Japanese, breaking the enigma code and the chrysanthemum code, the cultural differences on all sides, President Roosevelt and the attack on Pearl Harbor. He grew up in the near south side mostly in the Pilsen neighborhood and went to De La Salle High School at 35th and Wabash where Mayor Daley and his brothers went. When Tarka graduated from high school he first went to a grinding wheel factory at 49th and Lawndale and hoped to learn diesel mechanics, but he got drafted in November 1965 and served in Vietnam for two years. “We got back on the 11th of November 1967. [Veterans Day] In the real world that was a holiday and there was nobody there for us to muster out. So we mustered out on November 12.”

“When I was there we had a couple of guys wounded. In June 1968 there was a biggest shoot down of helicopters in the war and 8 or 12 guys killed in that,” Tarka explained, but he remembered some good times like naming helicopters. But, in the end has was not hurt and the G.I. Bill paid for an education he would not have been able to afford otherwise. Right after getting out of the service, Tarka worked part-time at Goldblatt’s and graduated from Lewis College in Lockport. He started his career as an aviation mechanic and was hired by the airlines---TWA, Midway and American Airlines. “The army caused it all. Aviation was a great career was in those days.”

“My father was there on Omaha Beach, my father and my uncle met up after the landing,” Tarka explained. The brothers were in tanks and artillery and made it through D-Day and then through France. “They had a bunch of good tales to tell,” he said.

Ever since he retired on March 13, 2013, according to Ralph Tarka, “Every day is Saturday.”---Ralph Tarka has lived by Sauk Village and Steger in Illinois and now lives in New Buffalo, Michigan. He has a girlfriend in Hegewisch and 11 grandchildren.

On June 4, 1944 a German submarine was captured in the Atlantic. Seventy years later the U-505 remains one of the biggest, most unique attractions in Chicago, perhaps in the world. It is regarded by some as a symbol of hope for peace, others consider it the ultimate anti-war statement. But maybe the U505 is trying to tell us something we're forgetting about technology.

View both historic and present-day photos of the U-505 submarine that is currently located at the Museum of Science and Industry in Chicago.

Ralph Parka has been a submarine geek since he was in grade school. Thanks to the G.I. Bill he had a career as an aviation mechanic.

EPSON scanner image of the capture of the U-505 being towed after its capture.

The movie "The Enemy Below" was a fictionalized version of the story of the capture of the U-505.