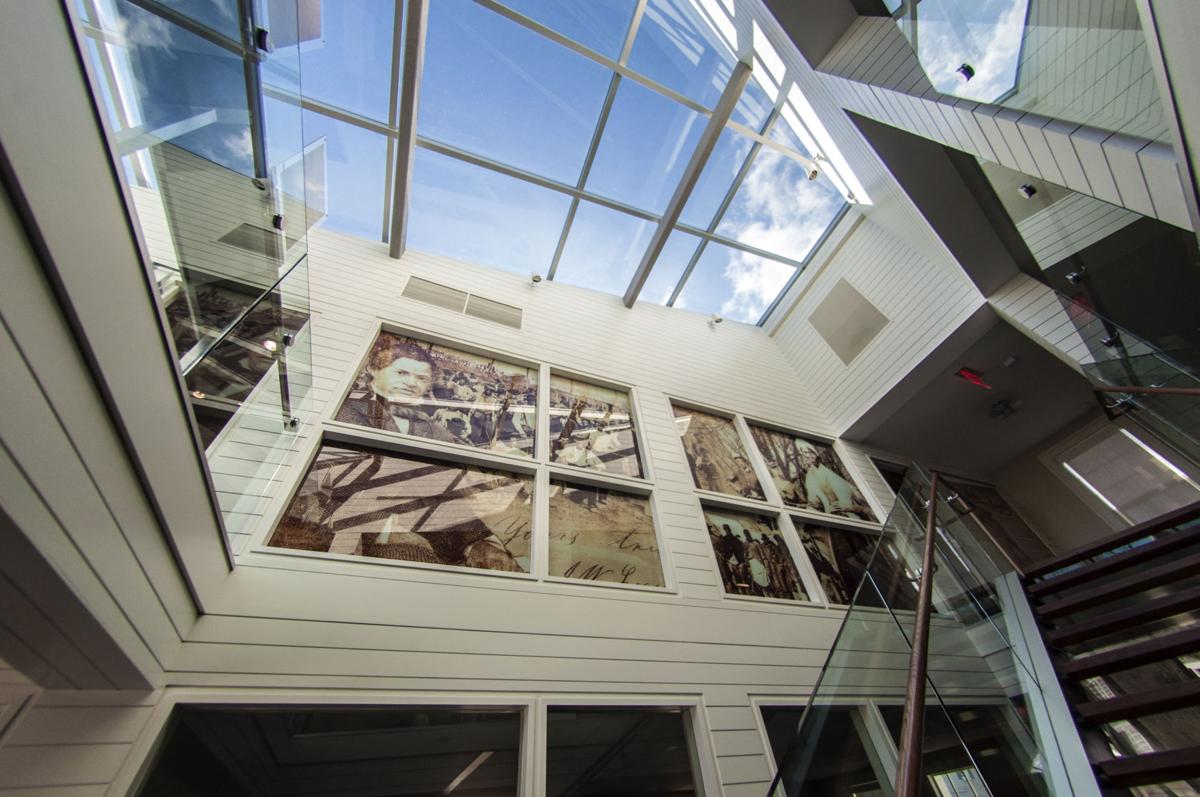 The Coffin House Interpretive Center in Fountain City focuses on the Underground Railroad and freedom seekers who were helped in their escape from slavery by Levi and Catharine Coffin. 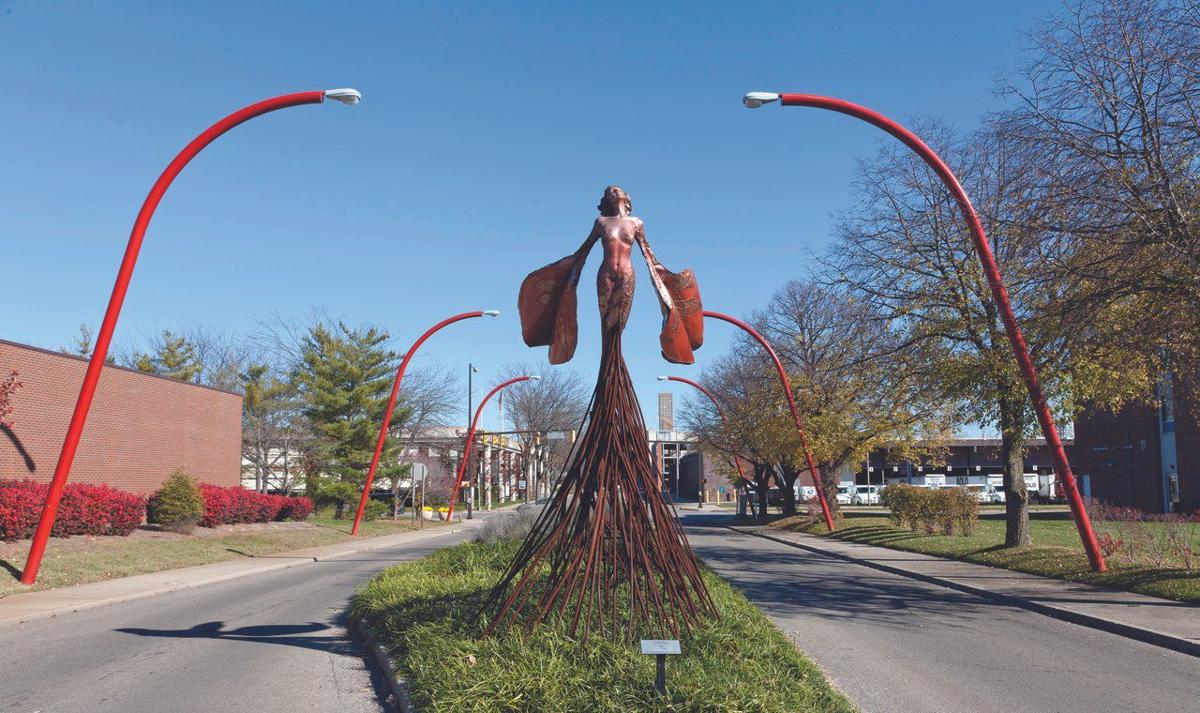 The city of Columbus made the Public Art list in Visit Indiana's 20IN20 program. 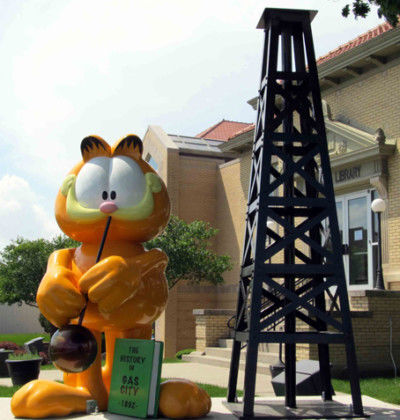 The Uniquely Indiana list includes the Garfield Trail, a route with more than a dozen fun and colorful statues of the cartoon character creative by Indiana native Jim Davis. 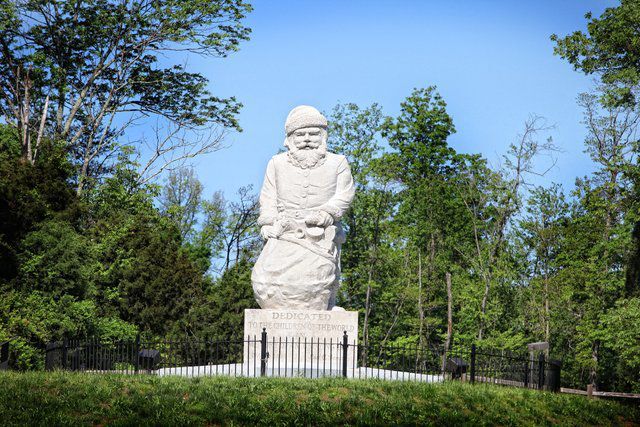 The Giant Santa Claus statue in Santa Claus is on the Roadside Attractions list in Visit Indiana's 20IN20 program.

As we moved into a new decade at the start of 2020, the state's tourism authority, Visit Indiana, launched a campaign with 20 lists of 20 of the best things about the state.

The 20IN20 lists included small towns, outdoor adventures, roadside attractions and natural wonders. There was coverage of lodging and museums. There were lists of food and drink — ice cream, wineries, destination dining, sweets and breweries among them. Some lists are appropriate for this time of year (winter traditions) and others are lists you’ll want keep in your back pocket as spring and summer roll around (lakes, water activities).

But 2020 was a bad travel year — and that might be the biggest understatement of all time. Due to the pandemic, these places didn’t get nearly as much love and in-person traffic as they deserved.

Everyone is crossing their fingers that the public health emergency will ease as the year progresses, and that the travel industry and small businesses will have a better year in 2021. So these carefully curated lists deserve a do-over; don't let them be ignored just because the calendar has turned ahead a year.

“As Visit Indiana planned for 2020 promotions, we decided to invite travel all year long with the 20IN20," said Amy Howell, director of communications with Visit Indiana. "The program launched on Jan. 1, 2020. And then, a pandemic hit. That didn’t stop our plans for the 20IN20, however. It just caused us to modify it a little."

The campaign was put on hold for two months, she said. And, "we were able to make adjustments to the lists so that they were sure to include destinations that would allow social distancing and keep people safe."

Often such lists are done by either a panel of experts or a vote among followers, but Visit Indiana had a different method of determining who made the cut with a combination of factors.

“The lists were curated in a few ways,” Howell said. Other state agencies, including the Department of Natural Resources and Office of Community and Rural Affairs helped, and previous "Best of Indiana" lists, curated from nominations throughout the travel industry along with the people’s choice award (see visitindiana.com/best-of-indiana) were used.

"We also used analytics from VisitIndiana.com and our social media sites to see what was attracting visitors,” Howell said.

So as travel planning begins as the new year moves on, 20IN20 offers inspiration for 2021. Scroll down to the bottom of each list to find a map that pinpoints the location of each attraction. The full list is available at visitindiana.com/2020.

The lists of 20 have some obvious picks, but there are also a lot of unique, less-visited destinations, attractions and businesses that will be perfect to explore when winter turns to spring and people get out and on the road more. Northwest Indiana made several appearances in the campaign, ranging from downtown Whiting to the sand dunes at the state and national parks to Anderson’s Winery and Vineyard in Valparaiso, among a variety of others.

Here’s a sampling of what was covered in other parts of the state:

On the Winter Traditions list is the toboggan run at Pokagon State Park, a refrigerated slide attraction originally built in the 1930s by the Civilian Conservation Corps with refrigeration added to the twin tracks in 1971. It still offers thrills today, even on a day when Mother Nature isn’t cooperating.

The Garfield Trail in Marion and surrounding cities is part of the Uniquely Indiana list, with more than a dozen statues of that lovable, plump kitty named Garfield in honor of his creator, Grant County native Jim Davis.

Das Dutchman Essenhaus in Middlebury is the state’s largest Amish-style family restaurant, which landed it a spot on the Dining Destinations list. These simple generations-old recipes are enticing examples of pure comfort food that will fill you stomach and your soul.

The small city of Columbus showed up on the Public Art list for its creative culture that welcomes visitors with large-scale sculptures and extensive galleries.

The Children’s Museum of Indianapolis, the largest of its kind in the world, has landed on the top of many lists of museums and attractions for kids and was on the Museums list. There are over 130,000 artifacts housed on five floors with plenty of interactive fun that will entertain adults almost as much as the kids. An outdoor area, The Riley Children’s Health Sports Legend Experience, was added in recent years with 12 outdoor physical fitness and sports experiences and three accompanying indoor exhibits.

The Benjamin Harrison Presidential Site in Indianapolis offers a huge amount of not just Hoosier history, but American and presidential history, making it a natural spot to be on the list of Historic Sites. Construction of the 16-room mansion began in 1868, and it played a prominent role in Harrison’s presidential campaign. It was also his permanent home after leaving the White House until his death in 1901. The home is filled with an extensive collection of original furnishings, accessories and memorabilia.

For Water Activities, Indiana Caverns in Corydon was featured, where you can kayak 200-feet underground as part of the Deep Darkness Tour. It’s the longest cave system in Indiana and the seventh longest in the country.

On the Historic Sites list is the Levi & Catharine Coffin State Historic Site in Fountain City, which includes the original home where the couple helped more than 1,000 slaves reach freedom safely. Guided tours of the home are available. The Interpretive Center, which sits next door, gives an overview of the Underground Railroad and the family’s role in it.

The 22-foot tall Giant Santa statue in Santa Claus was on the list of Roadside Attractions. It’s just one of many opportunities to see Mr. Claus in this little town that bears his name. The Holiday World Theme Park and Splashin’ Safari Water Park keep visitors coming all year long and you’ll spot other Santa photo opportunities in town besides that of the 80,000 statue, whether it’s December or July.

The 20 in 20 lists are available at visitindiana.com/2020 and include these categories:

The best dog breeds for families with kids

Which subscription boxes are worth your time and money

Which subscription boxes are worth your time and money

What to do when caught in an avalanche

What to do when caught in an avalanche

How to find out about a company's culture

How to find out about a company's culture

Indiana's top hotels include Indy's finest, as well as two in NWI

'Secret Chicago' author to share unknown parts of city's past

Think you know Chicago? The author of a 2018 book hopes to introduce you to some new pieces of its history — and new places to visit — in the book and during an online event scheduled coming next month.

As the country's leaders are honored this President's Day weekend, consider a trip this year to the earliest days of our country by visiting V…

The Coffin House Interpretive Center in Fountain City focuses on the Underground Railroad and freedom seekers who were helped in their escape from slavery by Levi and Catharine Coffin.

The city of Columbus made the Public Art list in Visit Indiana's 20IN20 program.

The Uniquely Indiana list includes the Garfield Trail, a route with more than a dozen fun and colorful statues of the cartoon character creative by Indiana native Jim Davis.

The Giant Santa Claus statue in Santa Claus is on the Roadside Attractions list in Visit Indiana's 20IN20 program.