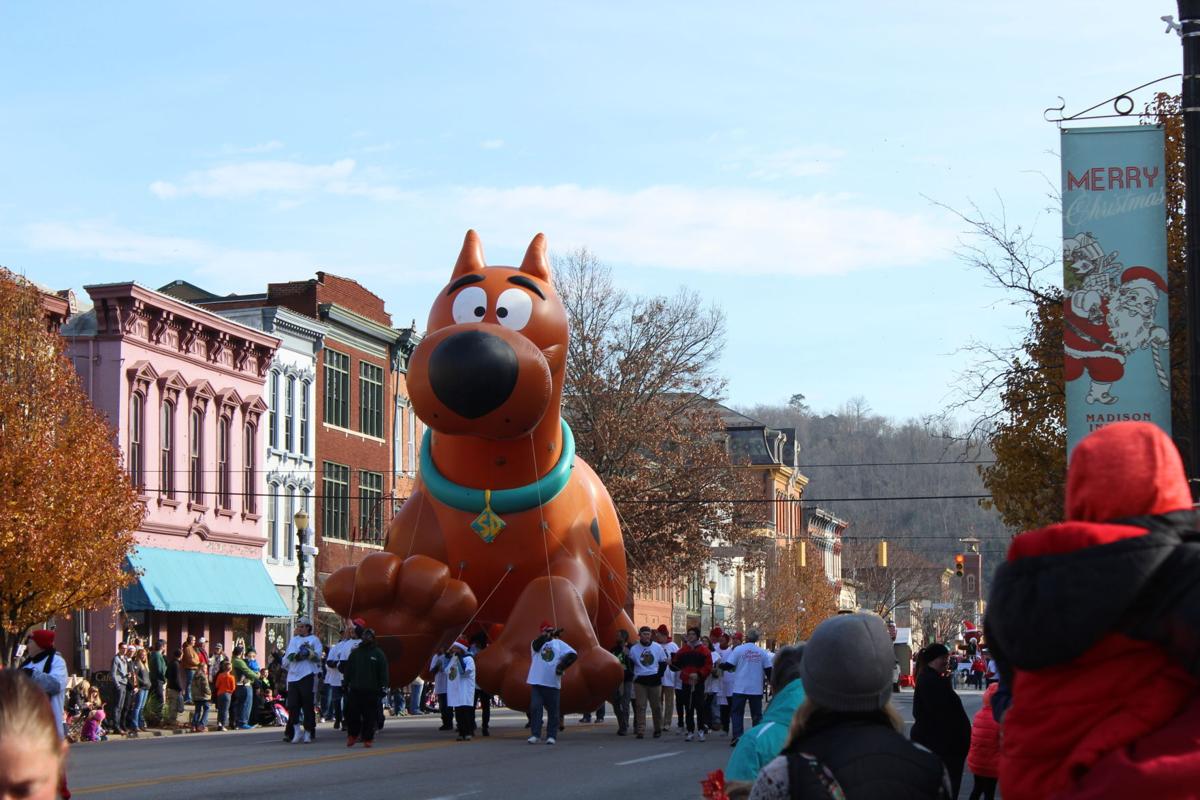 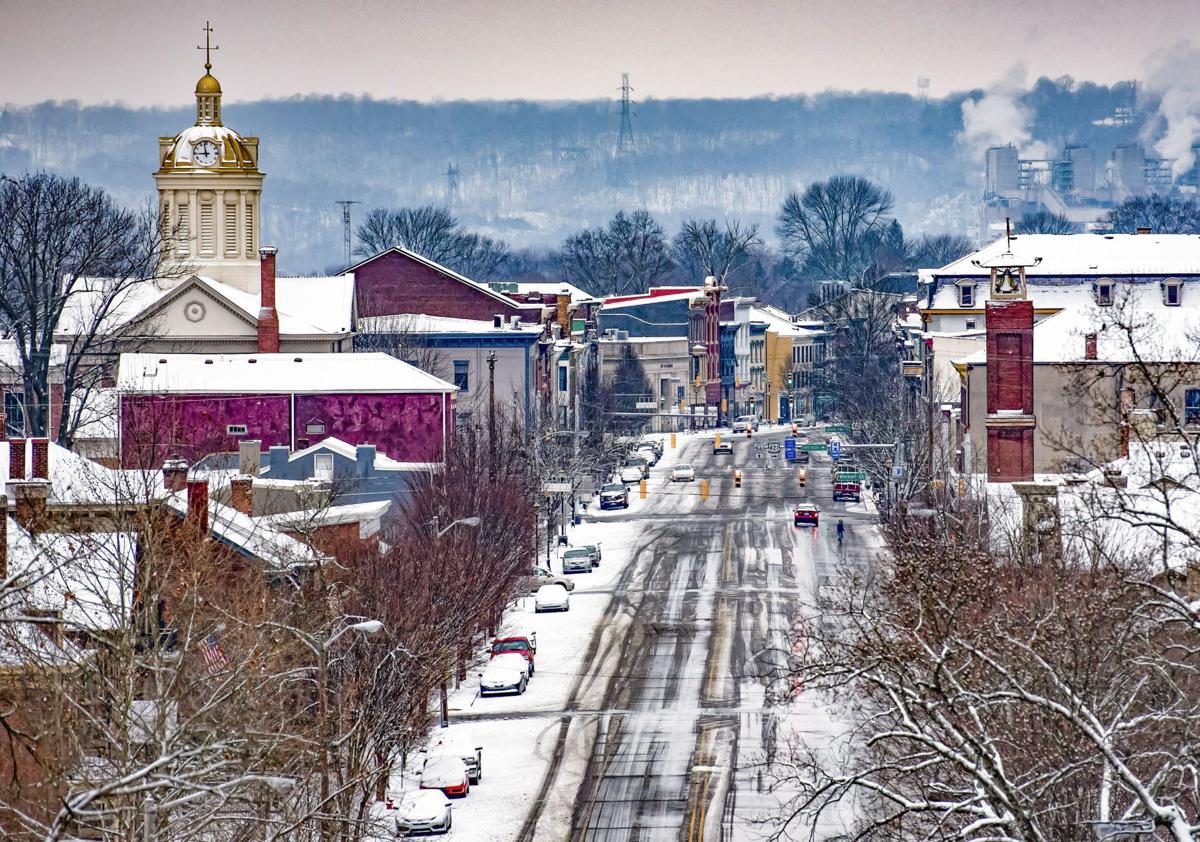 Main Street in Madison, Ind., is shown in winter.

In Madison, a riverport city founded almost a decade before Indiana became a state, the past is preserved as if in amber, with its string of beautifully preserved historic buildings stretching along the 133 blocks listed on the National Register of Historic Districts.

It’s a delightful assortment of architectural designs — Italianate, Greek and Gothic Revival, Victorian Commercial, Federal, and even the much rarer Second Empire — that are beautiful no matter the season, but probably never more so than when snowflakes fall, the streets are illuminated in colorful lights, and the city celebrates the holiday season.

Starting from mid-November until the end of the year, there’s a plethora of activities to choose from, starting on Nov. 12 when kids can start dropping off their holiday wish lists in the Letters to Santa mailbox situated outside City Hall. The letters, hand delivered to Santa, receive a reply to any with a return address. But the real action starts later in the month at Madison’s iconic Broadway Fountain, part of the cityscape since 1884, when Santa Claus and the mayor host the annual Light-Up Ceremony at 6 p.m. Nov. 26.

That Friday is also the start of the 2021 Nights Before Christmas Candlelight Tour from 5-9 p.m. It continues Saturday the 27th from 3-9 p.m. and the following Friday and Saturday. It is presented by the award-winning Historic Madison Inc., a very pro-active preservation organization that hosts tours of several Madison homes they have restored and are now house museums.

There are 10 homes on this year’s tours as well as three hospitality sites all lit as they would have been back in their day. They include the 1849 home of Captain Charles L. Shrewsbury, a National Historic Landmark with such outstanding features as a 53-step, three-story spiral staircase, 16-foot-high ceilings, 12-foot-tall entry doors and original gas chandeliers. Historic Madison describes it as having probably the best preserved Greek Revival drawing rooms in the country.

There’s also the peach colored 1844 Lanier Mansion, one of the best examples of Greek Revival architecture in the country, with its white columns and vast lawn leading down to the Ohio River. The home, built by a millionaire who loaded up his saddle bags in 1837 with $80,000 in gold (now worth about $2.3 million) and rode to Washington, D.C., to bail out Indiana during a financial panic. Another stop is the Mad Paddle Brewery, formerly a feed mill built in the late 1800s.

"Nights Great Cookie Caper!" takes place 4-7 p.m. at the Madison Visitor’s Center on each night before the candlelight tour.

Lanthier also opens their doors that day to its annual Host of Angels, a showcase of one of the Midwest’s largest privately owned collection of angels as well as celestial beings and cherubs. Exhibited just once a year and only at the winery, both the Host of Angels and the Festival of Trees run through December 31 and there’s no charge for admission though young children must be accompanied by an adult. This is the time of the year when Lanthier also releases its small batch, limited edition seasonal wines-- St. Nicholas Blush, Rudolph Red, and Snowflake White. Take time from angels and trees to visit their Loft Gallery with paintings, sculptures, woodwork, glasswork, and other mediums created by selected artists and enjoy their four-season garden bedecked with garden art and shapely winter foliage and branches that’s beautiful even covered with snow.

As for the winery itself, there’s speculation that because of its location just steps from the Ohio River and its 24 inch thick stone walls may have been a fort back in the 1700s. The building was also a trading post and a place for wanderers, huntsmen (buffalo roamed the area then), and riverboat passengers and workers to spend the night, a saloon, and a brothel as well as offices for a canning factory.

Madison’s "A Very Merry Madison Christmas Parade" with its floats and bobbing oversized helium balloons fashioned into favorite characters, animals, and more is followed by A Very Merry Madison Christmas Celebration with Santa and his reindeers along with free crafts for kids, hot chocolate for all, vendors, an ice skating rink, and trackless train. There’s also the Christmas Craft Show that day running from 9 a.m. to 3 p.m. featuring food and craft vendors. All takes place on December 4th.

"Winter in Wonderland," Madison’s newest holiday event happens at Bicentennial Park on the Ohio River on Dec. 10 at 5:30 p.m. and Dec. 11 at 9:00 p.m. It’s a walk in a snow globe setting with an ice skating rink, food, Santa, and train rides.

Take a break and visit The Attic/Coffee Mill Café for sandwiches, desserts, soups, coffee, and tea and dine at the Broadway Tavern, which opened in 1834. Up late at night? Check out Hinckle’s, an old fashioned hamburger joint that’s open 24 hours every day but Sunday. The restaurant opened in 1933 and has been part of the downtown ever since. There once were other Hinckle’s locations throughout Indiana including in Bloomington, Columbus, and North Vernon, but as far as we know, this is the only one left. Another not-to-be-missed historic eatery in Madison is Shipley’s Tavern, which opened in 1867.

For an overnight stay, The Iron Gate Bed & Breakfast, within walking distance of the Ohio River, was formerly a single-family home built in the 1840. Weekend breakfast are an elaborate affair served on fine China in the formal dining room.

Before leaving town, bundle up and grab one of the self-guided walking tour maps available at the Visitor’s Center. The walks include the riverfront, the city’s Westside, its Georgetown neighborhood — once an important stop on the Underground Railroad — the Historic Churches Walking Tour, and the Madison Arts & Cultural Tour, only one of 10 Arts & Culture Districts in the state.

PennyWise Episode 40: How to be sure your donation makes an impact

PennyWise Episode 40: How to be sure your donation makes an impact

Revamp your workplace wardrobe with these money saving tips

Revamp your workplace wardrobe with these money saving tips

Gifts for couples who have everything

Gifts for couples who have everything

The rural charms of Elkhart and LaGrange counties in Northern Indiana, with their large Amish populations, offer a unique opportunity to explo…

'Tis THE season in Santa Claus

In a village called Santa Claus, one could expect no less than a full-force celebration of all things Santa, along with other holiday events.

Main Street in Madison, Ind., is shown in winter.