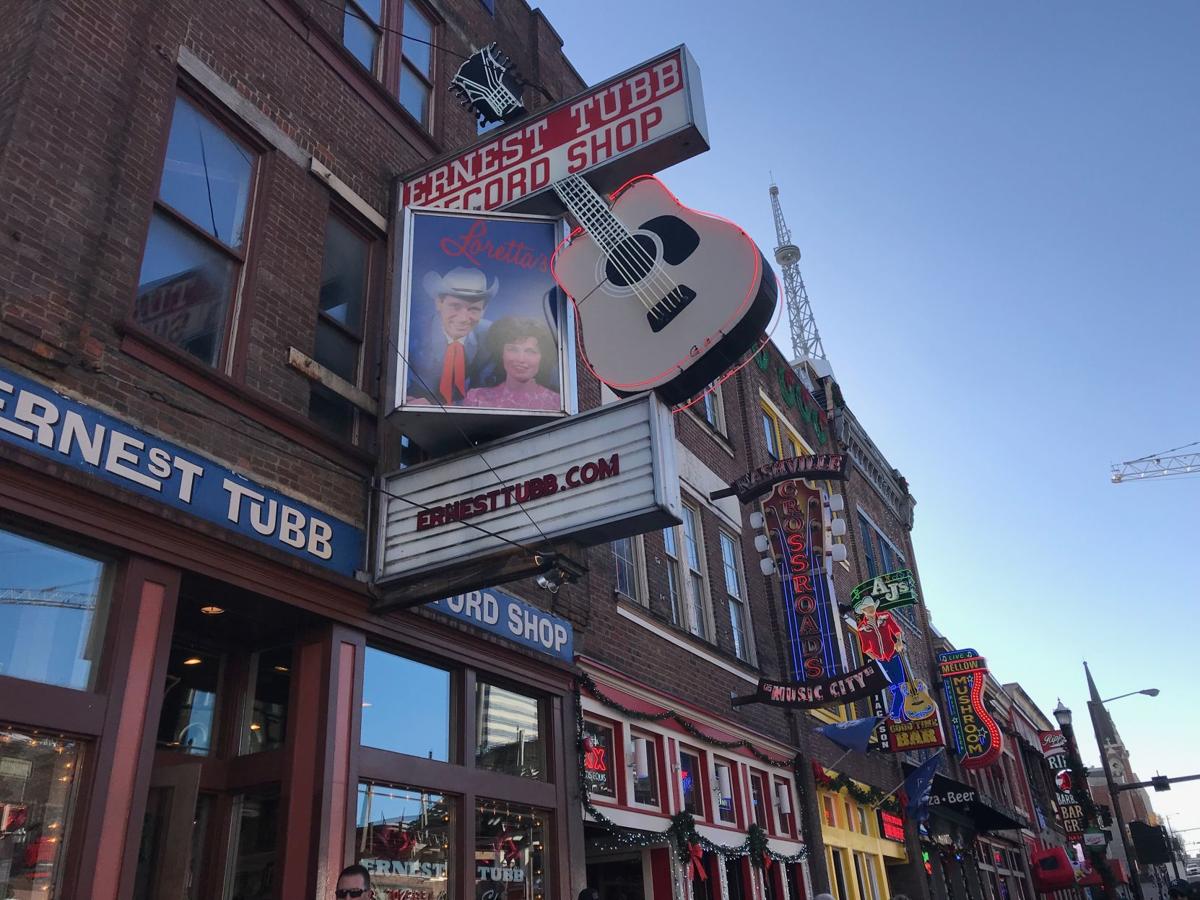 Downtown Nashville is filled with honky-tonks featuring live music every day of the week. 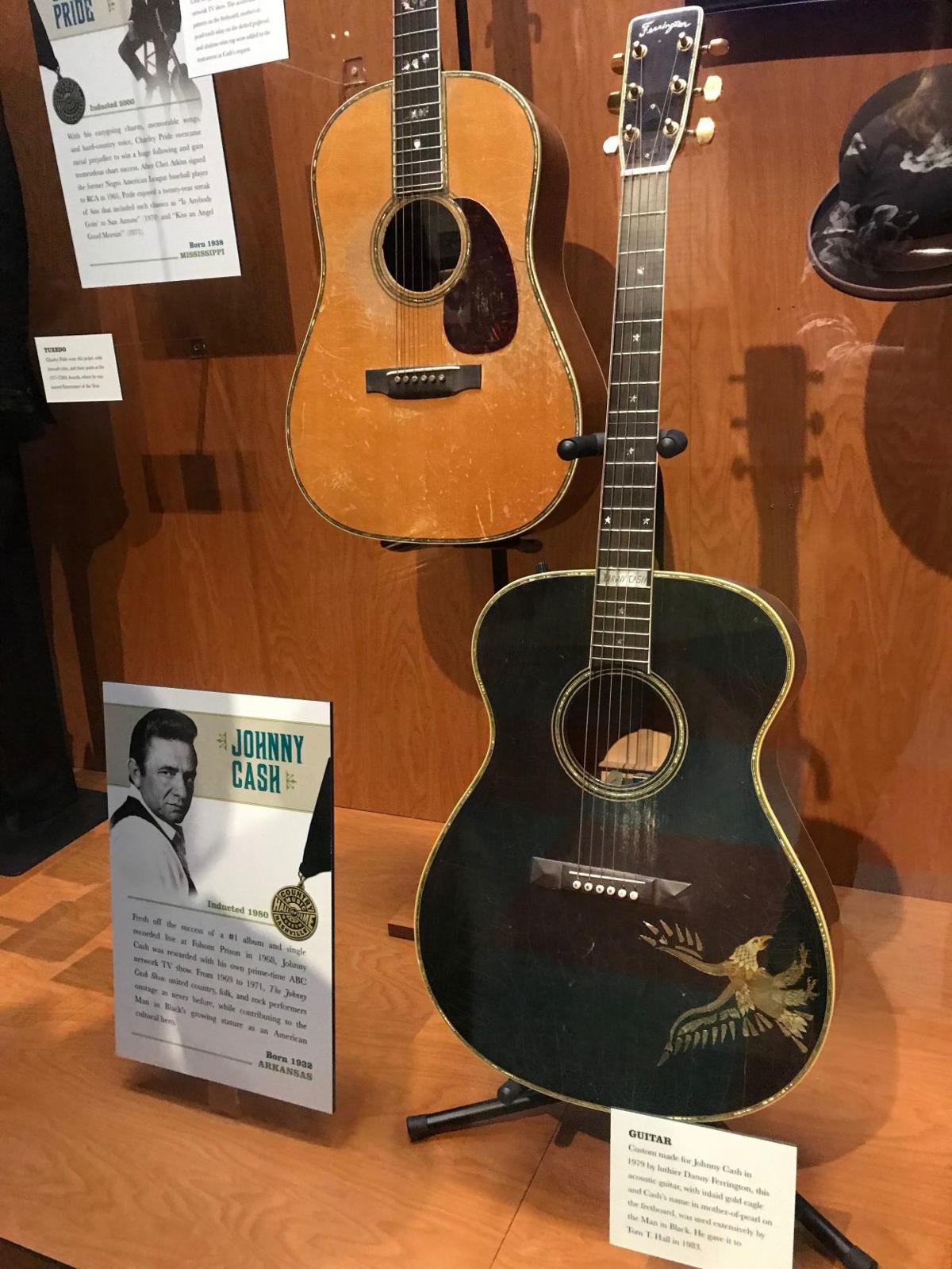 The Country Music Hall of Fame in Nashville includes this display of George Strait memorabilia. 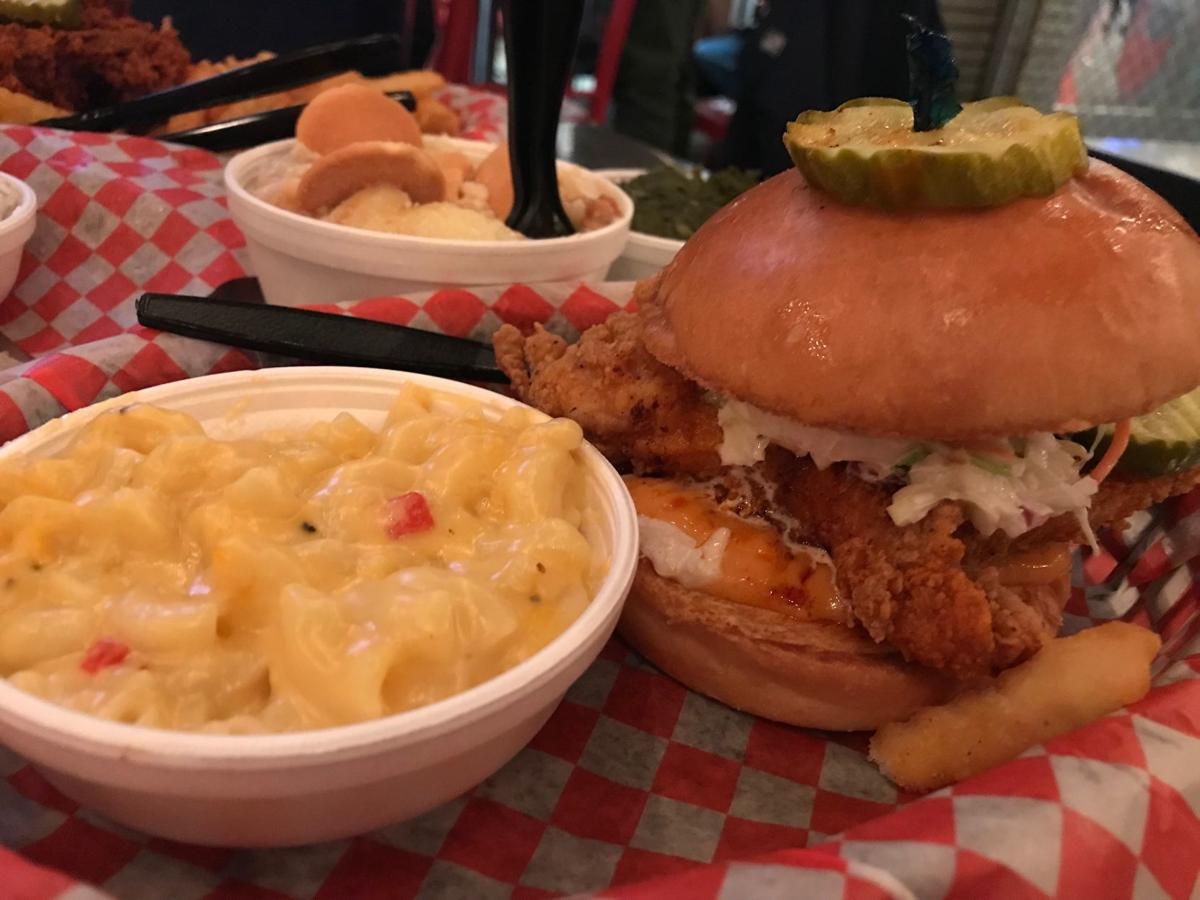 Nashville hot chicken is a regional treat that you’ll want to try if visiting Nashville. Several restaurants specialize in this spicy sandwich. One of the best known is Hattie B’s, which has multiple locations.

Downtown Nashville is filled with honky-tonks featuring live music every day of the week.

The Country Music Hall of Fame in Nashville includes this display of George Strait memorabilia.

Nashville hot chicken is a regional treat that you’ll want to try if visiting Nashville. Several restaurants specialize in this spicy sandwich. One of the best known is Hattie B’s, which has multiple locations.

NASHVILLE, TENN. — Music City. I finally got to visit it, and although music is probably the first thing to come to mind when hearing the word “Nashville,” there's so much more there.

I was visiting with my husband, who isn’t into country music, so I needed to work in other things to do that would interest him. Me? I could have sat on a barstool in a honky-tonk for three days listening to talented country artists and gone home happy.

We found a nice compromise, though, and got to see and do quite a bit in our short time there.

We left our trip loose, with nothing written in stone other than the Airbnb we were staying at in Germantown. As we arrived at the airport, I got online and found the closest stop for the Nashville Hop-on Hop-off Trolley.

We didn’t rent a car and planned on getting around mostly via ride-share, so the trolley seemed a great way to hit some of the most popular spots in a short amount of time. It’s a great way to spend a day and get a feel for the city, and I would definitely do it again.

Being a big foodie, eating was one of the things I was most looking forward to. I couldn’t wait to try some Nashville hot chicken, and we visited Hattie B’s, where we waited in a line that wrapped around the building for almost an hour.

I'm told there's always a wait, but it was worth it. We feasted on hot chicken sandwiches, macaroni and cheese, potato salad, greens, fries and banana pudding. I can't tolerate much heat and got some chicken mild enough for me to handle, and enjoyed my first meal in this southern city.

If you want to get a taste of Southern cooking in a homey spot, Monell’s is the place to go. There are three locations, and we dined at the one in Germantown.

Initially, I was disappointed that we missed breakfast, but the lunch we enjoyed was perfect. Meals — or feasts, I should say — are served family-style at communal tables. Their motto is “Help! I’ve eaten and I can’t get up!” and you can get a T-shirt with that line on it.

I tried a bite or two of almost everything and counted 14 items on my plate, stuff like cornbread and pea salad and green beans and fried chicken and stuffing and mashed potatoes and biscuits and sweet potato pie. A big glass of sweet tea sat at its side.

It was one of those places and one of those meals that made you feel like you were at grandma’s house for Sunday dinner.

I had to get my fill of music and had a quick drink in some of the bars on and around Lower Broadway, which is pretty much the center of nightlife in the area. Although the place seems to be hopping all times of day and we departed on Monday afternoon with the area still heavily crowded.

I enjoyed hearing some great live music in some of the popular spots along the way, including Nudie’s, Whiskey Bent Saloon, Johnny Rich’s Redneck Riviera, Swinging Doors Saloon and Dierk Bentley’s Whiskey Row. If it’s a nice day, like it was when we were there, windows and doors will be wide open and the music will be calling you in at every other building you pass.

Since my husband isn’t a big country music fan, but he does love history, we weaved in some musical history-related spots. One was the Country Music Hall of Fame, which I would say is a must if you’re visiting.

We also stopped at the Johnny Cash Museum, which was full of more memorabilia and history, but all focused on Johnny Cash from his early life to the height of his career to his final days.

One other place I had to visit was the Ryman Auditorium, built in 1885 and the home of the Grand Ole Opry for over 30 years. The place is stunning and my one regret is that we didn’t get a chance to enjoy a show in that venue.

The tour includes a movie on the history of the venue, and when we were there they were setting up for a show that evening of the Brian Setzer Orchestra.

We also worked in some stops at some tasting rooms: Big Machine Vodka and several spots in the Marathon Motor Works building, a former car factory that is a cool space now with dining, shopping and a small car museum across the street. We also spent a little time away from downtown doing a tour of Belle Meade Plantation, along with a wine tasting.

One request my husband had on this visit was to ride one of the bars-on-wheels, since we’ve seen them in several places we’ve visited, but never been on one.

We booked a couple seats on an evening tour on Nashville Pedal Tavern. It was BYOB, so we had to scramble to find a liquor store and get some beverages, but we also stopped at two taverns as we pedaled our way, toasted, sang and waved to everyone we passed along with our fellow riders who had just left the Tennessee Titans game. It was a fun little party for a Sunday evening.

Our accommodations weren’t within walking distance, but were just a short Uber ride away. I’d actually won our stay in a contest, but it was a great home base for our weekend that would have been even better for a larger group.

The FAME House Airbnb was a three-story house with three bedrooms and 3 1/2 baths that can sleep up to 10. It’s decorated with music memorabilia and has a really cool rooftop deck with a kitchenette, fireplace and awesome view of downtown.

“Nashville is a destination that attracts people with a variety of interests,” said Deana Ivey, executive vice president and chief marketing officer of the Nashville Convention & Visitors Corp. “They come for music, food, shopping, sports — a little bit of everything. What keeps them coming back is the friendliness of the people and southern hospitality they experience.”

I feel like we got a good sampling of what the city has to offer, but it left us definitely wanting to return and see more, like the Parthenon, the state capitol, the Grand Ole Opry, the General Jackson showboat, the Nashville Zoo and even more of the little honky-tonks and BBQ joints that fill up every corner of this exciting city.

For more information on Nashville, go to visitmusiccity.com.

Canoeing in the wilderness of Minnesota's Boundary Waters

Head to Ludington, Michigan for a lakeside getaway

There’s nothing quite like views from the Lake Michigan shoreline. We enjoy some of those be…

INDIANAPOLIS — When you think of a children’s museum, you may envision a noisy, cramped playground of blocks, toys and dress-up clothes design…

Get the latest Crime & Courts news in your inbox