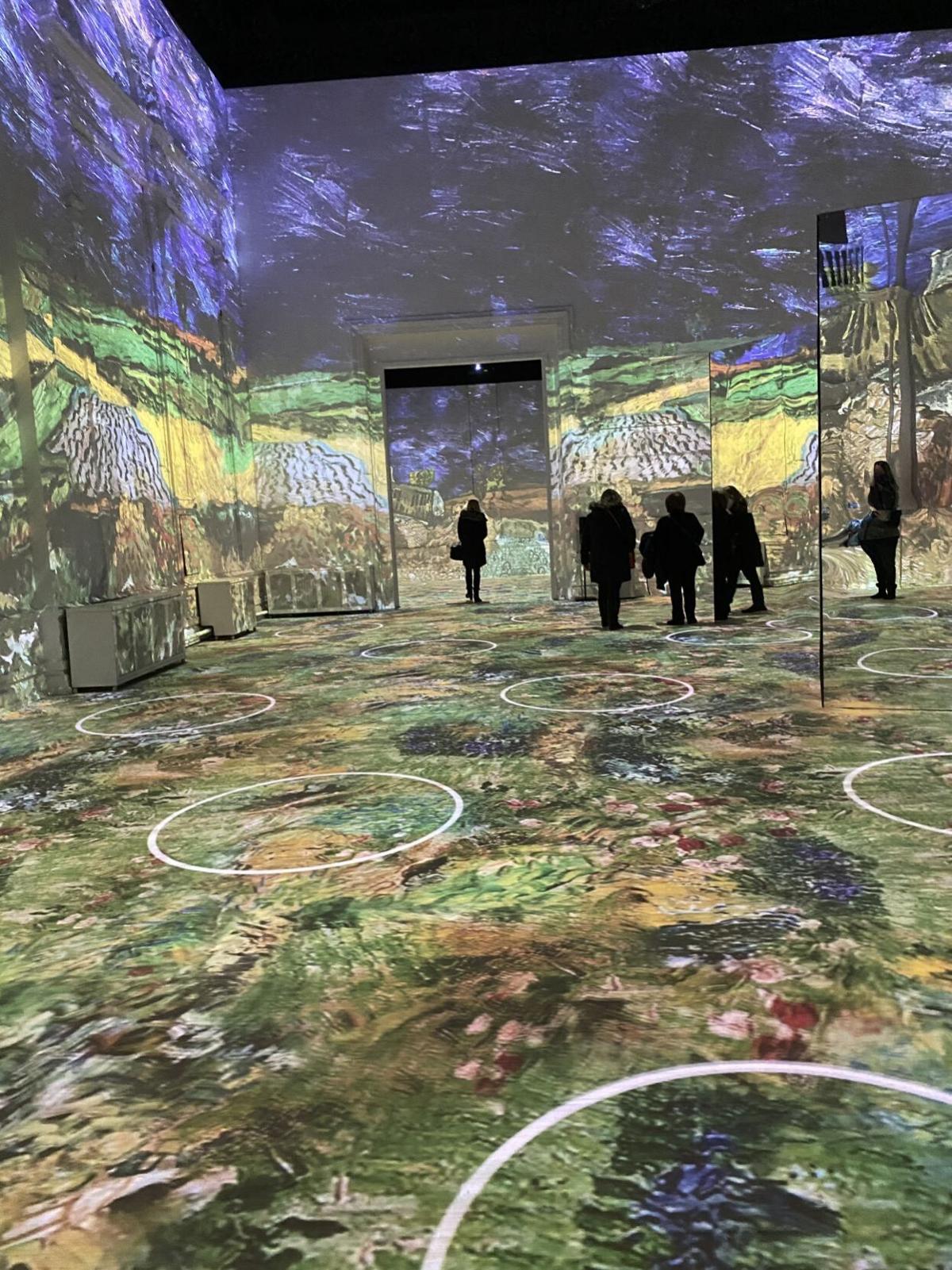 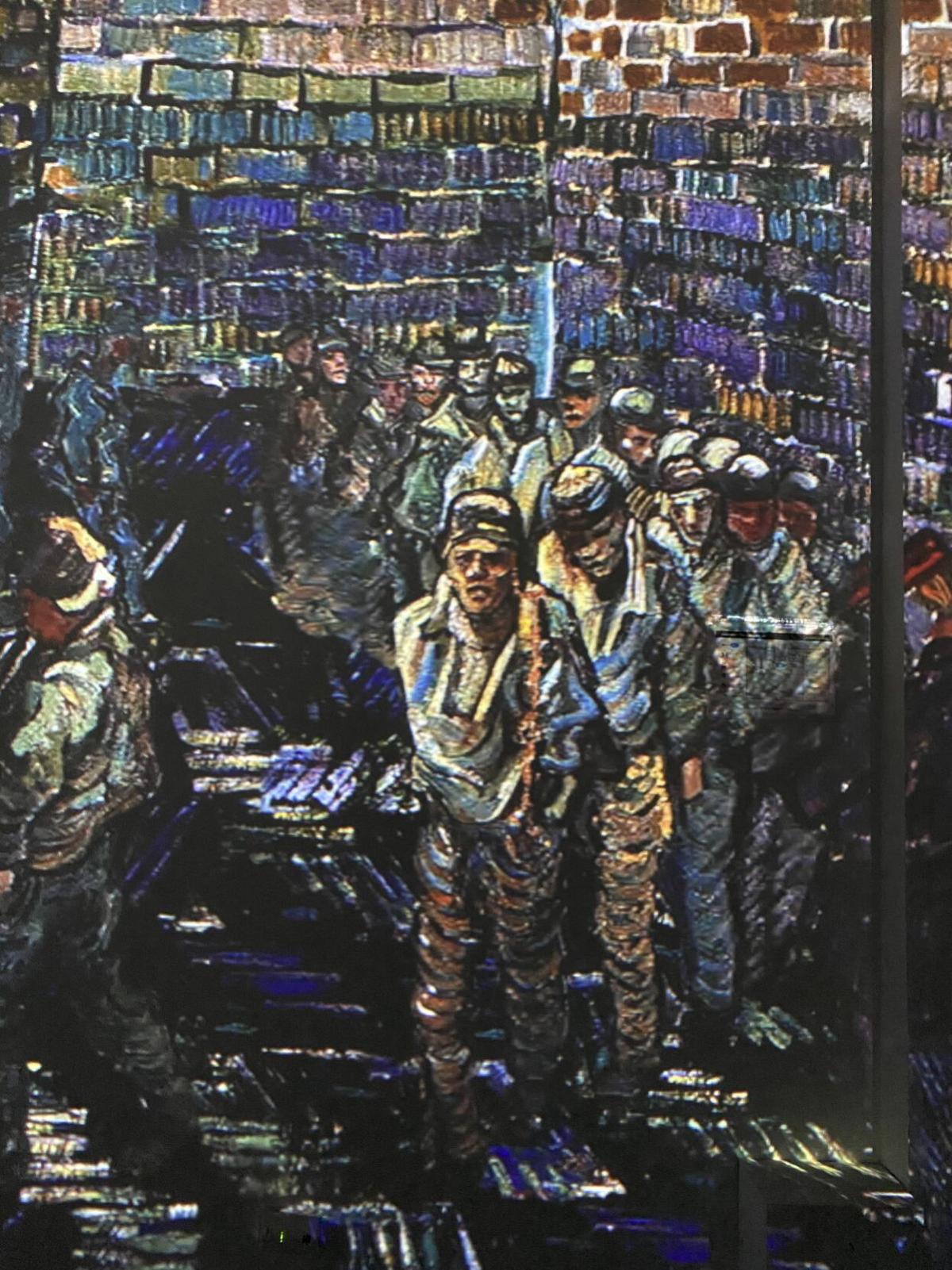 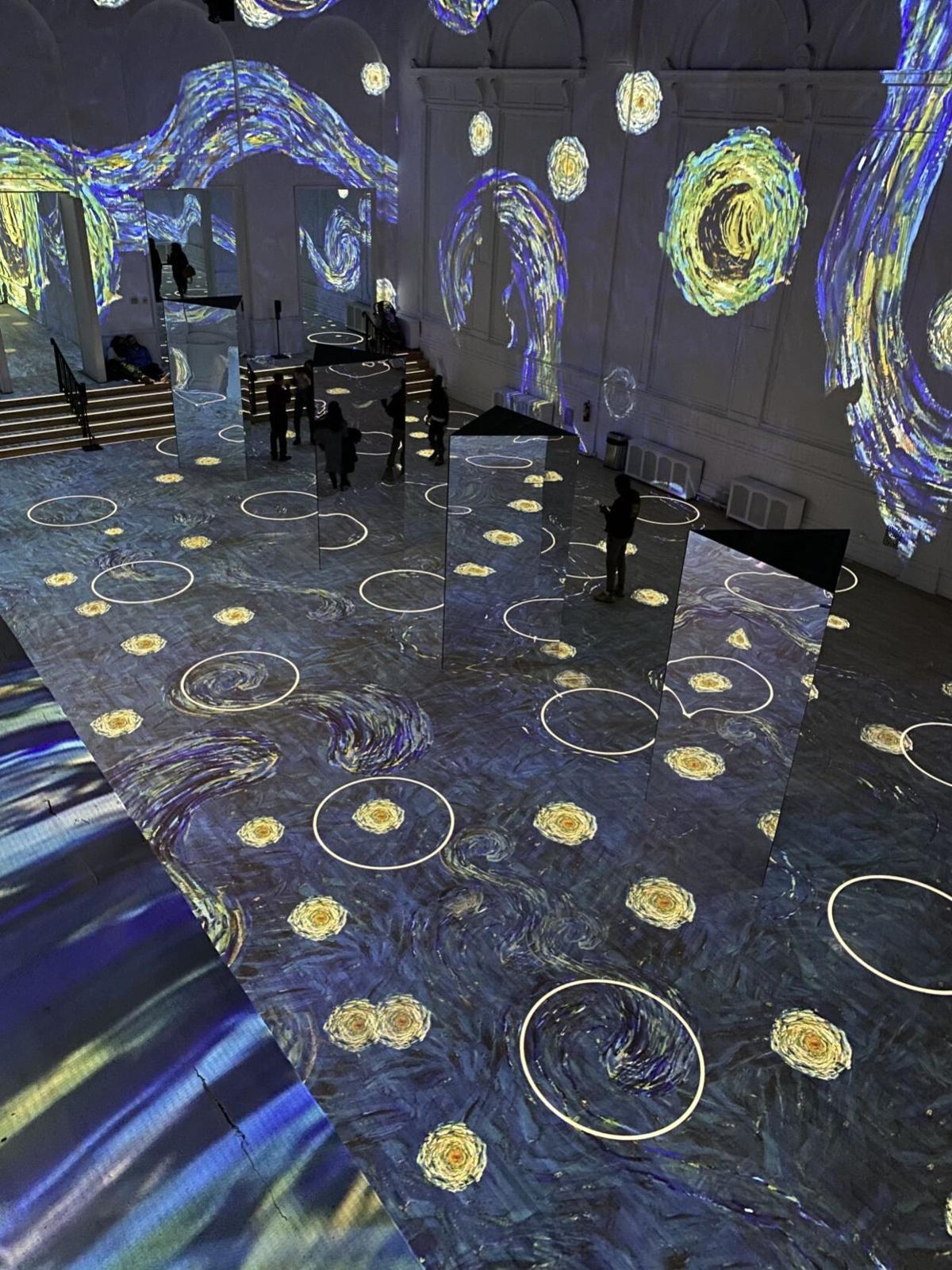 Way back in February, I made my way into Chicago for the first time in a while. The pandemic and civil unrest last year greatly decreased my time spent in the city. In pre-pandemic times I had been there often — sometimes several times a week for various reasons, including restaurant openings, plays, museum exhibits, sporting events, concerts, influencer events, foodie field trips, cooking classes, food fests and other touristy things. When I visited in February, it was the first time I’d been to the city since October, when I was there for a preview of the The FRIENDS Experience that was opening on the Magnificent Mile.

I love all the fun pop-up exhibits, experiences and restaurants that have been happening in the city in recent years, so when I got an invite to preview Immersive Van Gogh Exhibit Chicago, I couldn’t wait to check it out.

At the time, vaccines were just being made available to select groups and there were still strict capacity restrictions throughout the city. Thus, I was able to see the exhibit with a very small crowd and had a time limit of an hour, with floor markings showing where to stand to stay six feet away from other patrons. Capacity has since increased and you can purchases tickets without limited time spans.

When I went to see the exhibit before it officially opened to the public, tickets were already sold out into April. The exhibit was initially slated to run for just a couple months, but was immediately extended to September. Then it was extended to November. The exhibit is still immensely popular and has now been extended to February of 2022.

I wasn’t very familiar with Vincent Van Gogh before visiting the exhibit, other than with his "Starry Night" piece, a self-portrait and the story about him cutting off his ear. I was surprised to not find biographical information about Van Gogh at the exhibit, so did my own research after the fact. It’s a tragic story of a talented individual with mental illness who committed suicide at just 37 years of age. He died a poor and unknown artist who had only sold one painting in his entire life. His fame came after death, as his timeless pieces of late 19th century art elevated the Dutch impressionist to the iconic figure he is today.

If you’re not familiar with the exhibit, it is way different from traditional art. There’s not an original art piece on display. You are immersed into a digital world of intense visuals, along with a carefully curated soundtrack, bringing art to the audience in a completely new way. Housed inside the newly renovated Germania Club building in a new venue called Lighthouse ArtSpace Chicago in the city’s Old Town neighborhood, Immersive Van Gogh Exhibit Chicago covers three large rooms with 35-foot-tall walls, an upstairs balcony that provides a birds-eye view and a gift shop.

The exhibit was only the third in the series. It debuted in Paris in 2019 and then opened in Toronto in 2020. The Chicago exhibit was the first in the United States, followed closely by Los Angeles. It now exists in more than 30 U.S. cities with six different experiences.

Immersive Van Gogh Exhibit Chicago uses projection technology to incorporate every bit of space into a canvas for Van Gogh’s extraordinary work. The paintings come to life before your eyes and the assortment of music completes the experience. Images rotate and spill out of the borders, expanding in front of you. It’s kind of like virtual reality, but there’s no need for goggles.

The mostly-instrumental musical component is perfectly-timed in the 33-minute presentation that plays in a loop. The 15-song soundtrack is an eclectic mix of new and old, opening with a haunting song called “Sing” by British record producer and songwriter Guy Sigsworth. It transitions to some pieces recorded by Italian composer and pianist Luca Longobardi and continues through melodies both high and low — from classical pieces by Handel to the 2019 release “Dawn Chorus” by Radiohead’s Thom York.

While some lesser-known songs and artists are featured, many will recognize two of the pieces highlighting the show — the popular “Non, Je ne regrette rien” by French singer, songwriter, and actress Edith Piaf, and Bach’s “Cello Suite No. 1 in G Major.” I enjoyed the music so much that sometimes I log into Spotify to hear the playlist again, which is available on that platform.

As cool weather sets in and we’re looking for more to do indoors, this is something I’d recommend to definitely bring light to a gloomy day. For more information and tickets, go to vangoghchicago.com.

Travel: Newest boutique hotel in Indy is a five-decade throwback

Last week I was in Indianapolis and was excited to stay at the city’s newest boutique hotel, Hotel Indy, which just opened in late October. Th…

In Madison, a riverport city founded almost a decade before Indiana became a state, the past is preserved as if in amber, with its string of b…

Sinterklaas and Kerstmarkt: Holland, MIch., prepares for a Dutch Winterfest

Holland, Michigan takes its Dutch roots seriously, including during the holiday season at the annual Dutch Winterfest, where Sinterklaas is as…

Tucked away in the southwest corner of Indiana, Historic New Harmony sits on the banks of the Wabash where the river flows north from the head…