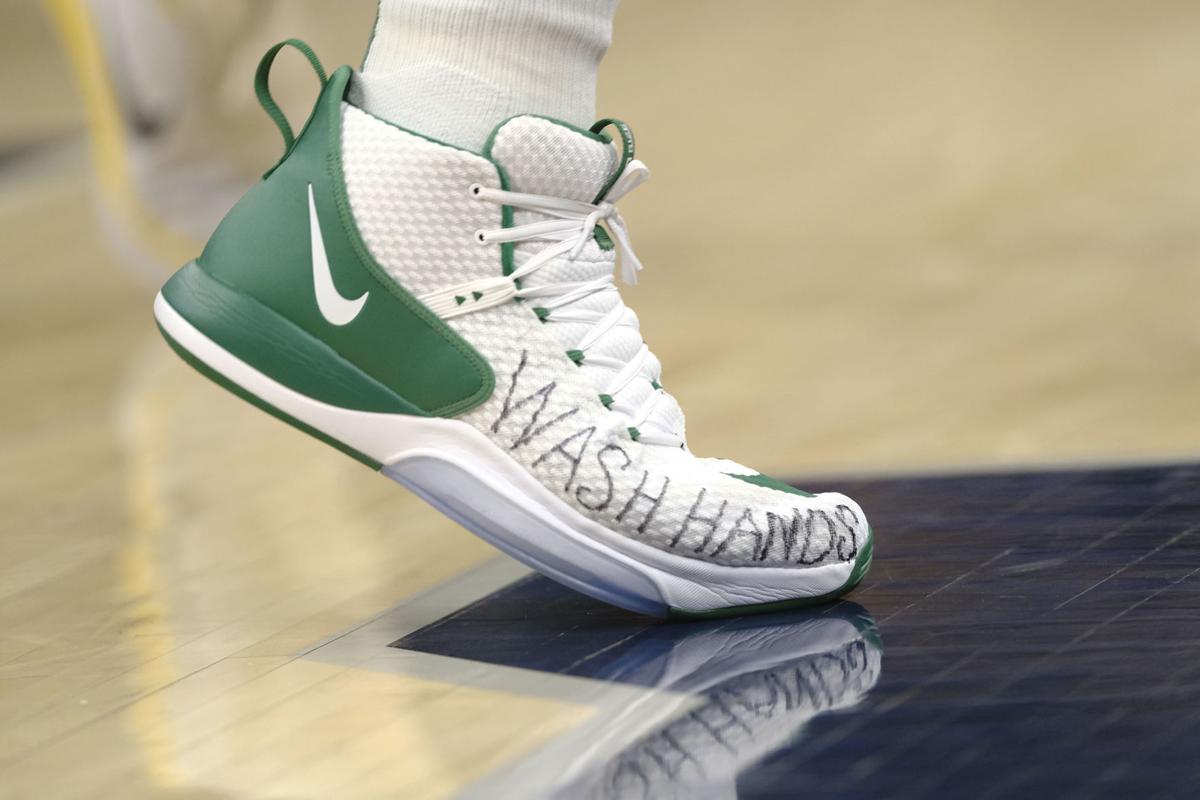 Boston Celtics center Enes Kanter wears shoes with "wash hands" written on them during the second half of the team's NBA basketball game against the Indiana Pacers in Indianapolis, Tuesday, March 10, 2020. The Celtics won 114-111. 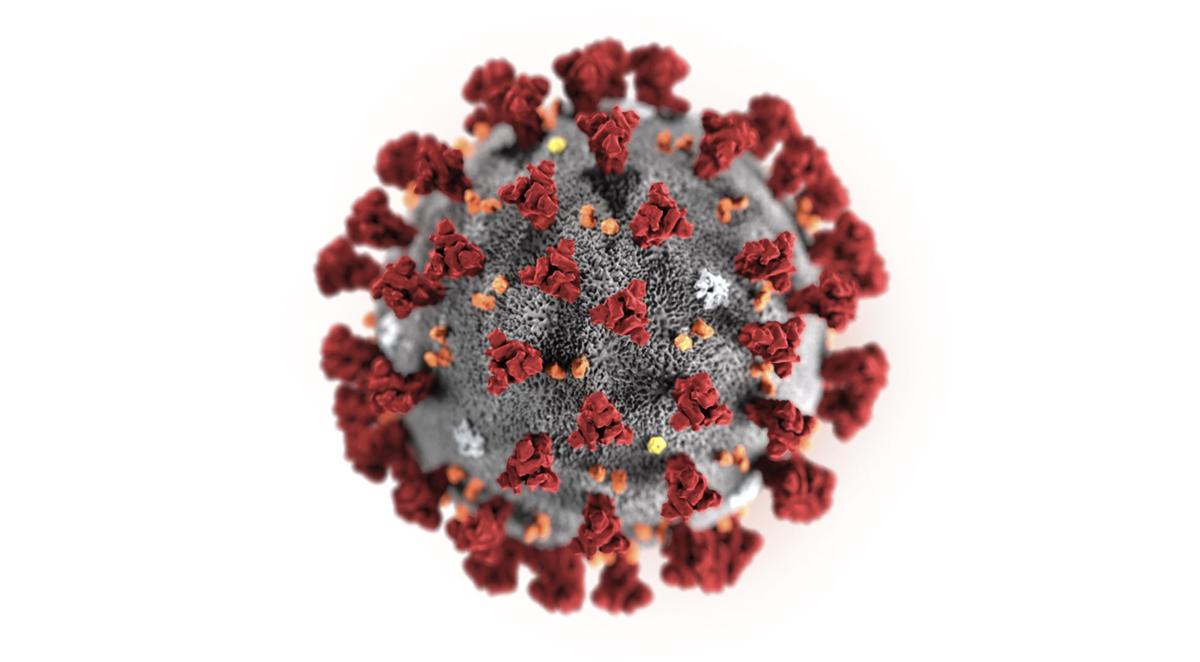 This illustration provided by the Centers for Disease Control and Prevention in January 2020 shows the 2019 Novel Coronavirus.

INDIANAPOLIS — Four more people in Indiana have been sickened by the coronavirus, including three in the same suburban Indianapolis county, boosting the state's tally of cases to 10, health officials said Wednesday.

Johnson County, just south of Indianapolis, has three presumptive positive cases of COVID-19 — the disease caused by the virus — and north-central Indiana's Howard County has one, the state Department of Health said.

With the exception of Hendricks County, which has two cases, and Johnson County's three cases, the other counties — Adams, Boone, Hendricks, Marion and Noble — have one case each. The state Department of Health said 43 people in Indiana have been tested for the virus, either by that agency or the Centers for Disease Control and Prevention.

For most, the virus causes only mild or moderate symptoms, such as fever and a cough. For some, especially older adults and people with existing health problems, it can cause more severe illness, including pneumonia. The vast majority of people recover.

According to the World Health Organization, people with mild illness get better in about two weeks, while those with more severe illness may take three to six weeks to recover. In mainland China, where the virus first exploded, more than 80,000 people have been diagnosed and more than 58,000 have recovered.

Indiana's growing number of cases since the first one was reported last Friday in Marion County prompted Indiana and Purdue universities to announce Tuesday the suspension of classes on all campuses following spring break. The campuses will be open, however, and students will have the option to return to campus or not.

The University of Notre Dame followed suit Wednesday, suspending classes on the South Bend campus starting March 23 through at least April 13. The school, which is currently on spring break, also canceled all classes for next week to allow faculty to adjust to online instruction.

Health officials in Marion County, home of Indianapolis, on Wednesday urged seniors with chronic medical ailments such as heart disease, diabetes and lung disease to reconsider before attending any large public gatherings, including sporting events and festivals.

The Marion County Public Health Department also advised seniors to try to put at least six feet of distance between themselves and other people to further reduce their risk of being exposed to the virus.

Indiana's presumptive positive cases of COVID-19 include an elementary school student in the Hendricks County community of Avon, just west of Indianapolis. That sickened Avon student — the state's only case not in an adult — led the local school district to cancel classes and all school-related activities until April 6.

People in the U.S. and other countries are dealing with the fallout or even just the possibility of the coronavirus. Here are some images of h…

Gary’s new emergency manager spelled out her priorities for the state takeover Gary Community School Corp. in her first school advisory board meeting.

Fears of coronavirus transmission prompted the American College of Cardiology on to cancel its annual World Congress of Cardiology meeting planned for this month at McCormick Place.

Symphony Care Network has opted for a hardline approach to the challenge faced by health care providers of protecting patients against the growing threat of COVID-19.

The Gary/Chicago International Airport is coordinating with local, state and federal agencies to create protocols and train staff as the coronavirus continues to spread.

Ian Foreman, a freshman at Johns Hopkins, will return home this week after the university announced it is canceling all in-person classes effective Wednesday.

Valparaiso University will suspend all in-person class meetings through April 12 and halt study abroad programs amid growing coronavirus concern. Here's what you need to know:

Cluster of coronavirus cases is tied to US biotech meeting

A meeting at a Boston hotel appears to be the source of a number of coronavirus cases, including two in Indiana.

Boston Celtics center Enes Kanter wears shoes with "wash hands" written on them during the second half of the team's NBA basketball game against the Indiana Pacers in Indianapolis, Tuesday, March 10, 2020. The Celtics won 114-111.

This illustration provided by the Centers for Disease Control and Prevention in January 2020 shows the 2019 Novel Coronavirus.