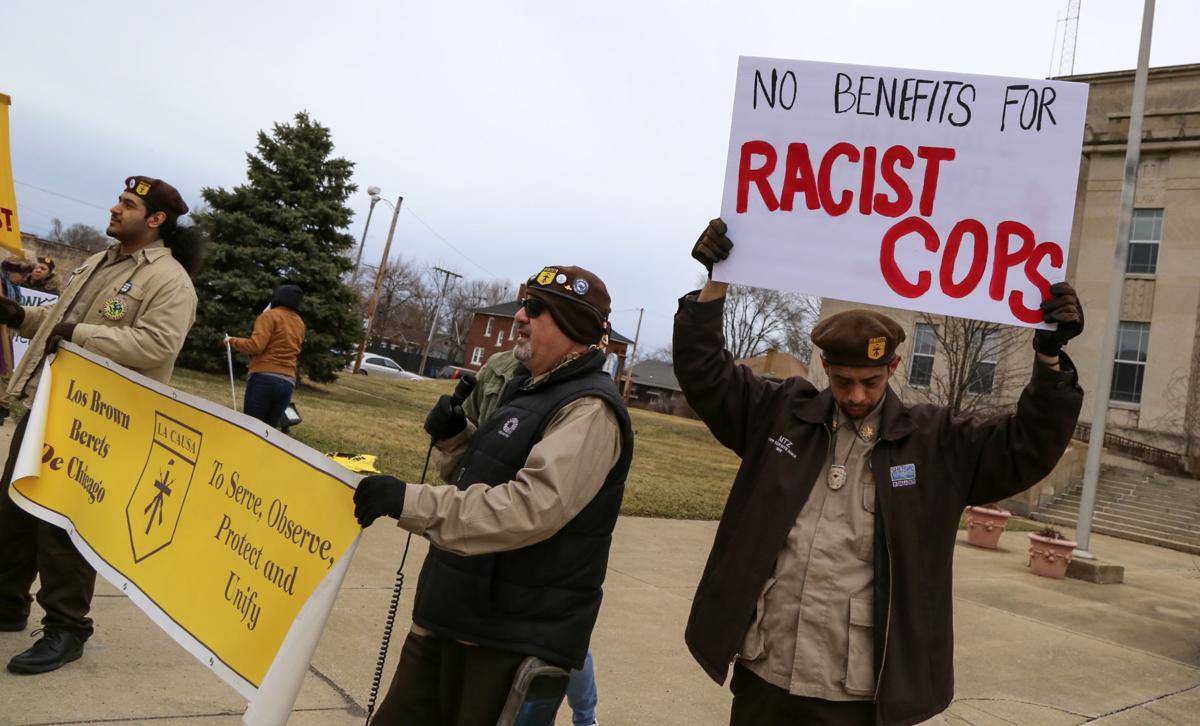 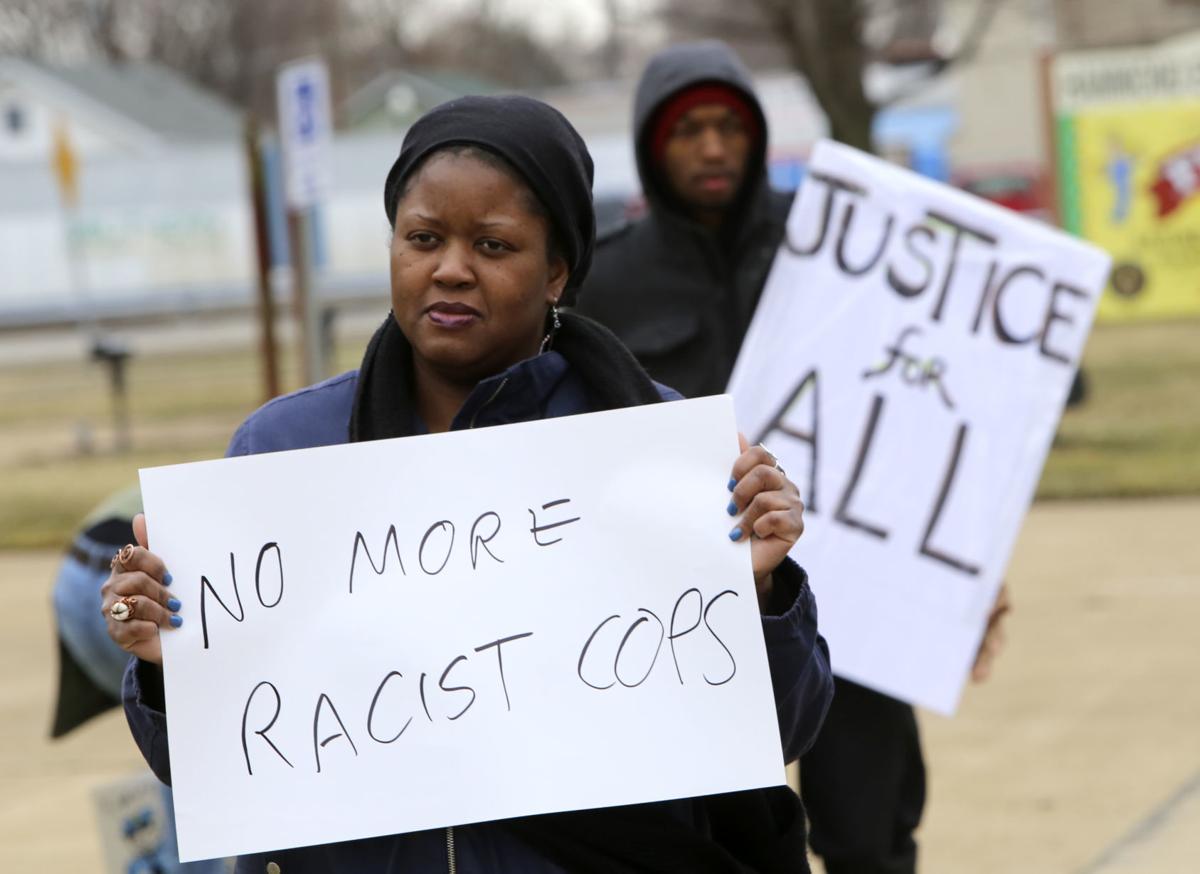 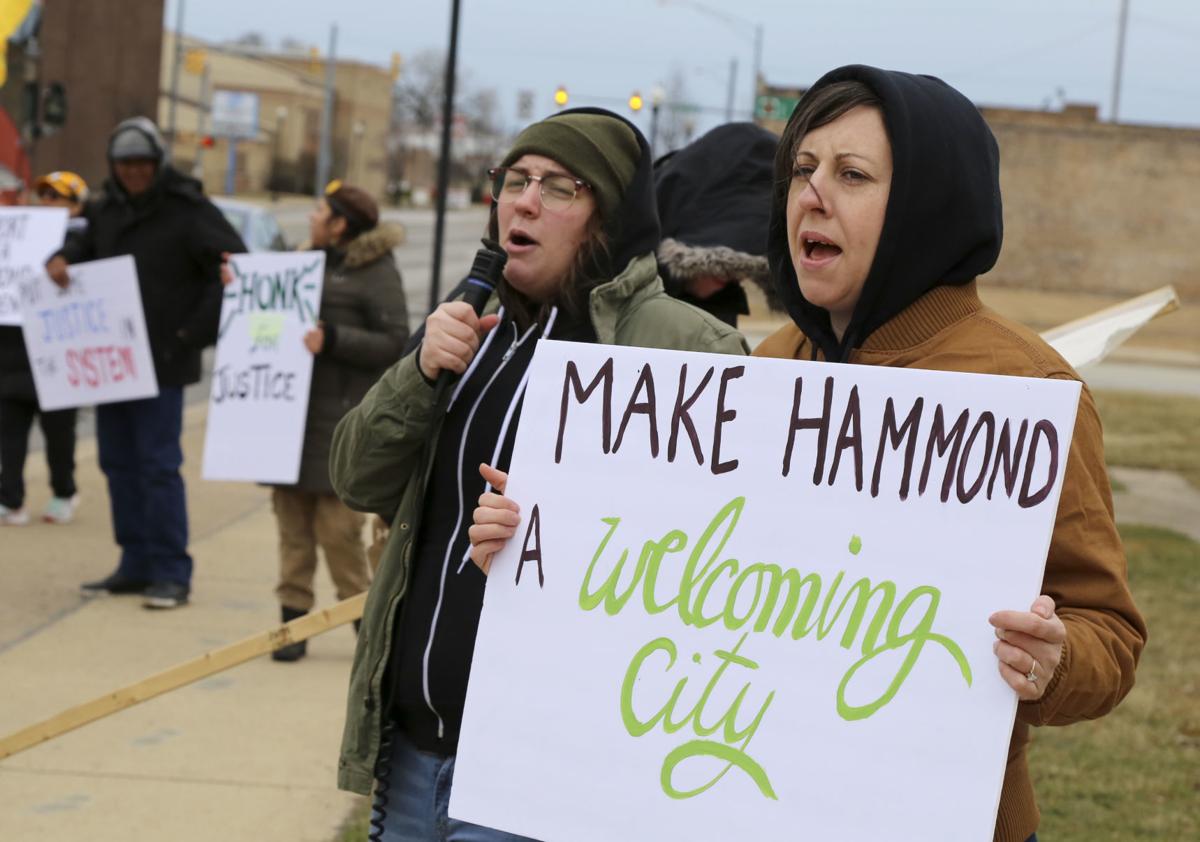 Northwest Indiana Resist, Los Brown Berets Chicago and Black Lives Matter NWI-Gary gathered for a rally at Hammond City Hall calling on officials to fire what they consider racist police officers, make Hammond a welcoming city and support DACA residents. They're encouraging the community to join them. It's directed at a Hammond cop who is accused of making ethnic and homophobic slurs before suddenly retiring from his job. 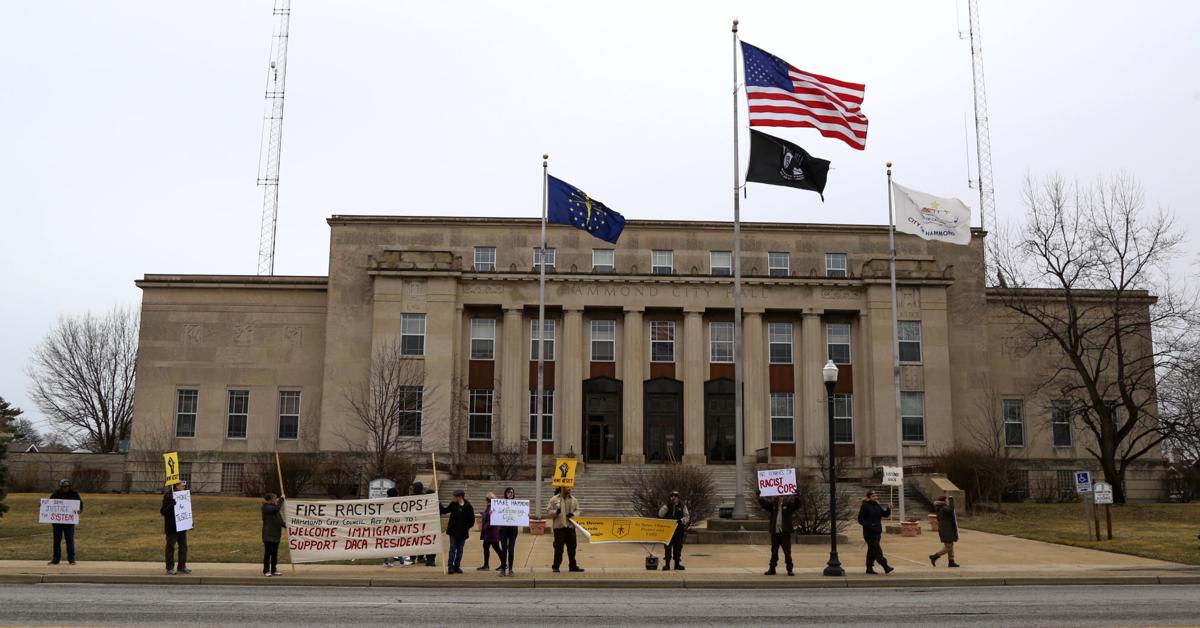 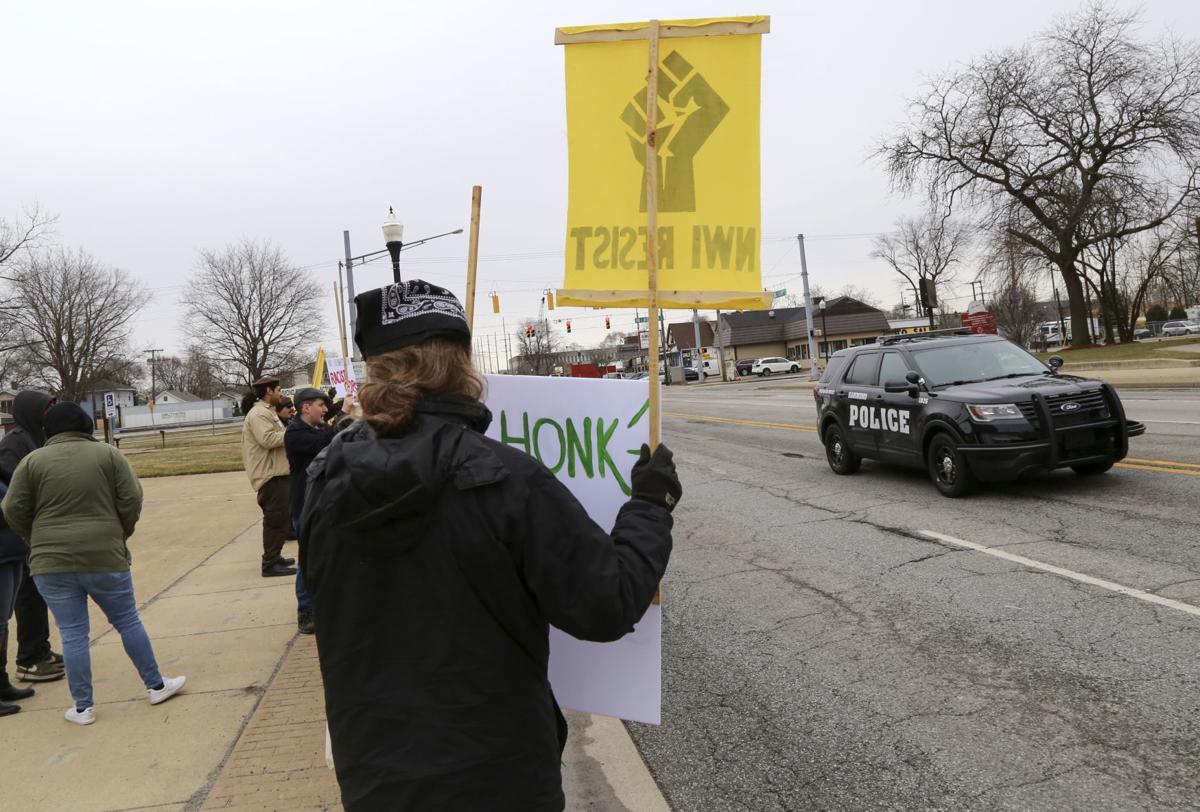 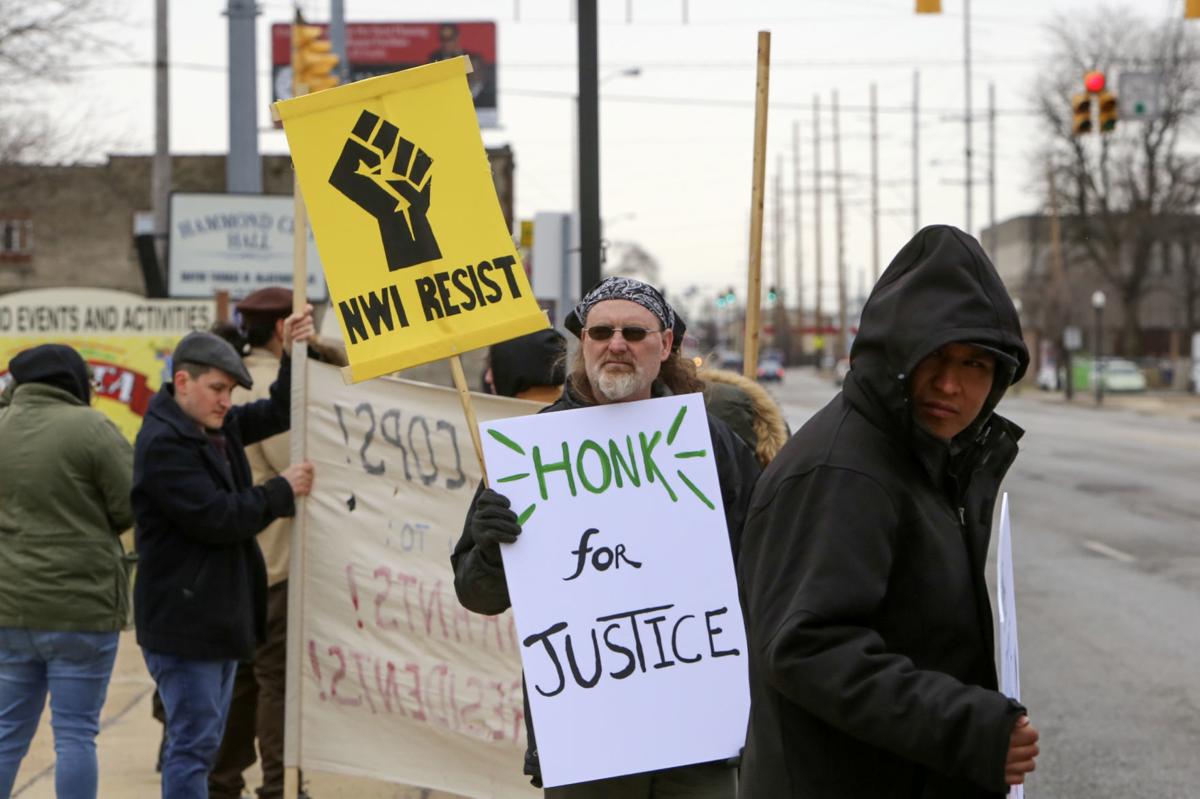 “A lot of people were honking and shouting in support of us,” Martinez said. “Nobody was negative about us being there. Some bicyclists riding by even joined us. That's how you know the public agrees with what you're doing.”

The group rallied to urge Hammond officials to pass a resolution to protect Deferred Action for Childhood Arrivals recipients and to voice their concerns surrounding a Hammond police officer who recently retired following allegations of racist comments and threats.

“The relationship between police and communities of color is once again in question following the local press reporting their receipt of not one, but two audio recordings, wherein a ranking sergeant in the Hammond Police Department allegedly hurls racist and homophobic slurs and death threats at a man in a local bar,” a Black Lives Matter Northwest Indiana- Gary spokesperson wrote.

Hammond Police Officer Anthony Hill abruptly retired March 21, hours before he was to be interviewed by his peers about allegations he made homophobic and racist slurs and death threats against a man while off duty at a local bar.

“These practices of cops investigating other cops and allowing an officer’s 'retirement' to end an investigation enable the recycling of troubled cops from one area to the next,” the organization said.

The Police Department had to operate within legal perimeters, Hammond police spokesman Lt. Steven Kellogg said, and the department was legally bound to accept Hill's resignation letter. The department was first made aware of the incident March 7 and took immediate action to place Hill on administrative leave and open an internal investigation, Kellogg said.

“We understand that the community is upset with the situation with Anthony Hill,” Kellogg said. “We are very aware of things like this, and as the chief said, we have a zero-tolerance policy for racial bias and racism. We understand people are upset and as long as they're protesting civilly we welcome people spreading awareness of issues important to the community.”

Another issue the organizations spotlighted was the desire for resolutions to protect immigrant residents in Hammond and support DACA residents. In February 2018, a resolution in support of DACA legislation failed to advance for a vote in Hammond City Council.

The resolution, sponsored by 3rd District Councilman Anthony Higgs, mirrored the same document passed by the Lake County Council. Higgs made a motion for final passage of the resolution in support of DACA. However, there was no second for that motion.

CROWN POINT — A 20-year-old Hobart man is in the Lake County Jail after threatening to kill President Donald Trump in a Facebook post, court r…

HAMMOND — A 26-year Police Department veteran abruptly retired Thursday, just hours before he was to be interviewed by his peers about allegat…

'We had no choice over being brought here,' says one of Region's young DACA holders

MERRILLVILLE — Martha Gallegos and Miguel Molina are much like any other young people in the Region or elsewhere across the country.

Northwest Indiana Resist, Los Brown Berets Chicago and Black Lives Matter NWI-Gary gathered for a rally at Hammond City Hall calling on officials to fire what they consider racist police officers, make Hammond a welcoming city and support DACA residents. They're encouraging the community to join them. It's directed at a Hammond cop who is accused of making ethnic and homophobic slurs before suddenly retiring from his job.