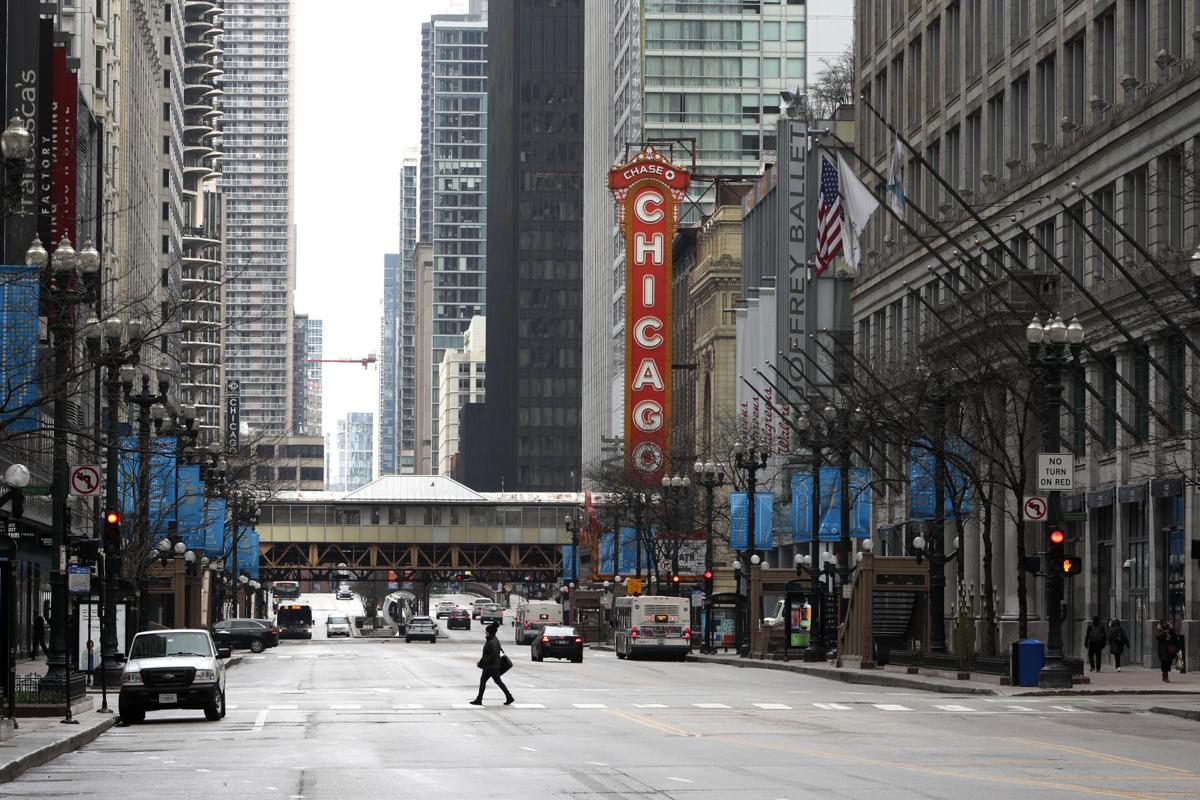 A lone woman walks across the usually busy State Street near the Chicago Theatre, Monday, March 23, 2020, in Chicago. 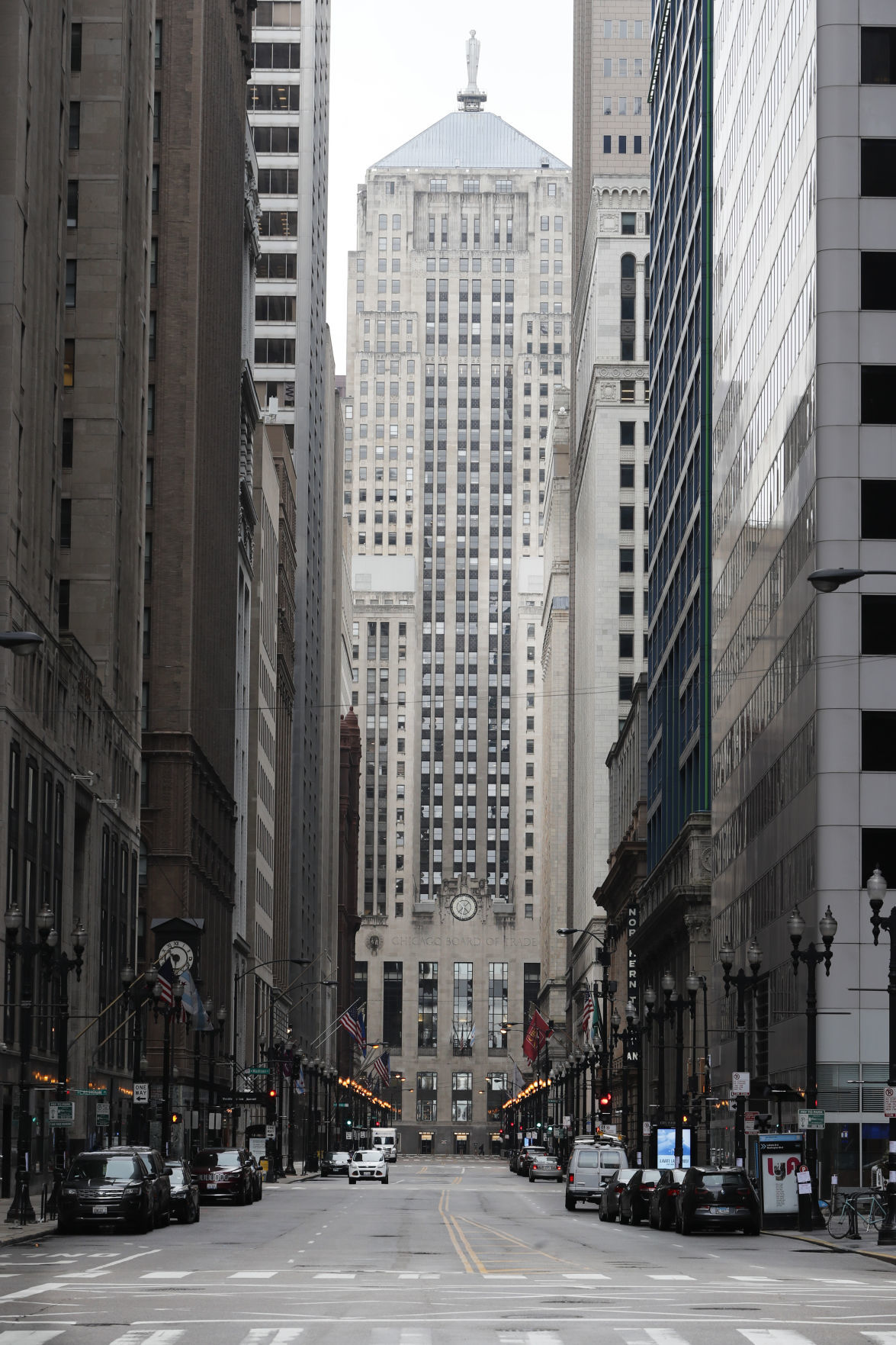 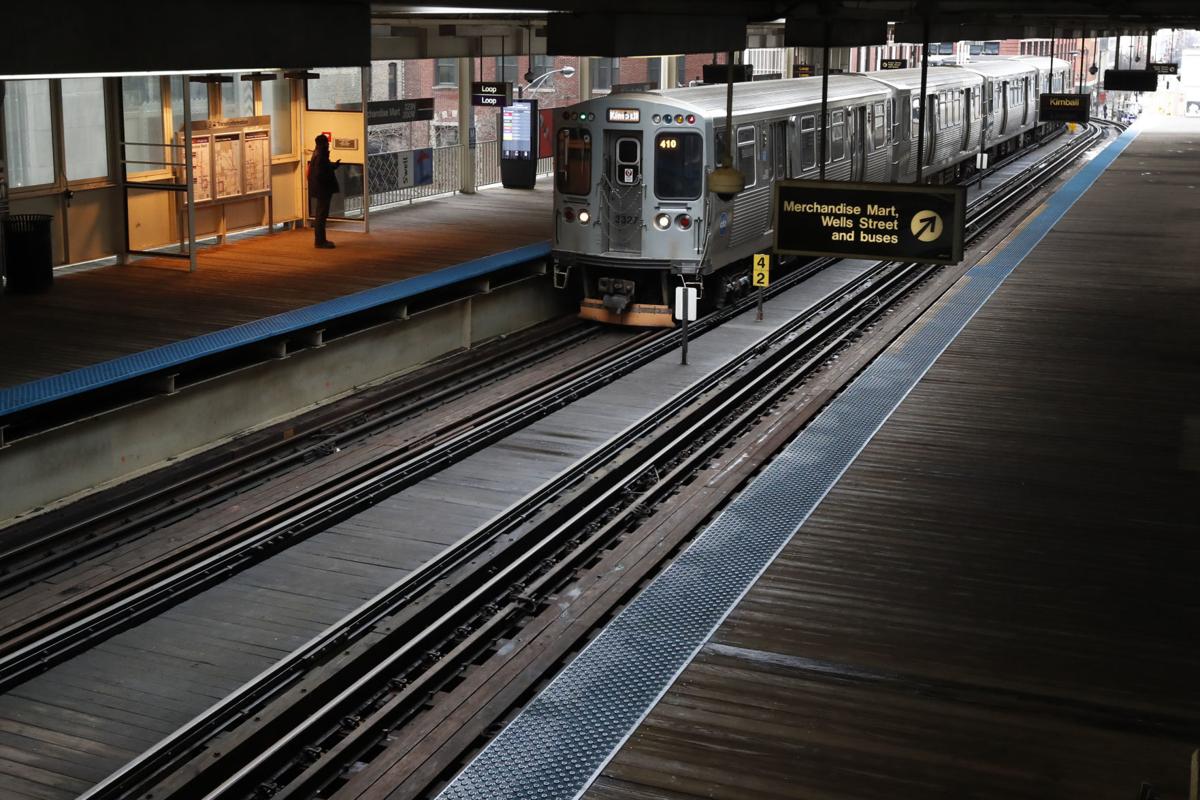 CHICAGO — Chicago is reserving thousands of hotel rooms for people with mild cases of the coronavirus and others unable to return home while they await test results, Mayor Lori Lightfoot announced Monday.

The city has partnered with five hotels and will have 1,000 rooms available by Tuesday, Lightfoot said. She estimates 2,000 rooms will be available by the end of the week.

Some people may not be able to quarantine at home due to family members' age or underlying health factors that put them at a higher risk of infection, said Dr. Allison Arwady, commissioner of the city's public health department.

“This move is an acknowledgment that people in our city have diverse and difficult living conditions,” Arwady said. “Simply staying home is not a strong possible option for everyone.”

For most people, the coronavirus causes only mild or moderate symptoms, such as fever and cough. For some, especially older adults and people with existing health problems, it can cause more severe illness, including pneumonia.

The vast majority of people recover from the virus. According to the World Health Organization, people with mild cases recover in about two weeks, while those with more severe infections can take three to six weeks to get better.

Officials said hotel workers won't interact with people isolated in their rooms, but will prepare food and be trained to perform other tasks. Chicago Department of Public Health employees will supervise each site.

Lightfoot said city officials were still determining how much it would cost but that they anticipate $1 million would be needed for a 30-day supply of rooms.

Illinois officials reported 1,285 cases as of Monday afternoon and 12 deaths, up from 1,049 cases and nine deaths on Sunday. Arwady said Sunday that 490 of those cases and four deaths were in Chicago.

“At a time when people feel powerless, it is great to feel there is something to do and something important we can contribute,” she said.

Lightfoot also announced Monday that the YMCA of Metro Chicago opened several of its facilities to act as shelters for the homeless. More space was necessary because beds at existing shelters must be spaced six feet apart, she said.

Virus pandemic an unprecedented test for a young generation

Gov. J.B. Pritzker said he's working with the state's congressional delegation to secure stimulus aid to ensure federally required community health centers stay open. The 18 Democrats and Republicans wrote to Pritzker that without financial assistance, 51 health centers could go broke within three months. The delegates said the centers that largely serve low-income populations have lost 70% of their income because routine visits have been canceled to curb the spread of the virus.

Jordan Powell, president and CEO of the Illinois Primary Health Care Association, said a federal stimulus package signed March 6 provided $100 million for the centers, but that has yet to be distributed. The centers are seeking more than $3 billion in another package being debated on Capitol Hill.

Cook County Sheriff Tom Dart’s office said Monday afternoon that two inmates had tested positive for COVID-19 and were being held in isolation at the jail's hospital. Dart said detainees from the same units were being monitored. On Sunday, Dart's office said a correctional officer was in isolation at home after testing positive for COVID-19. Other staff were advised to self-quarantine for two weeks. None has shown any symptoms.

Cook County Public Defender Amy Campanelli argued a motion Monday seeking the release of inmates with underlying health conditions, pregnant women, inmates locked up for nonviolent offenses and those who remained in jail because they cannot afford to post bond.

Last week, the Cook County Circuit Court ordered the jail to release about 100 detainees who were determined at high risk of contracting the virus. Dart had already halted all jail visits and the county’s chief judge suspended most criminal and civil cases for 30 days.

Gov. Eric Holcomb signed an unprecedented executive order Monday directing all Hoosiers to stay home until at least April 7, except in limited circumstances.

Grieving and saying goodbye in the time of coronavirus

An untold number of burials around the globe go forward with nothing more than a priest, a funeral home employee and a single loved one.

Anytime Fitness to give out 2,000 lunches to students out of school during COVID-19 pandemic

Anytime Fitness plans to give out thousands of free lunches this week in more than a dozen locations. Here's where you can find the nearest gym to you:

Union leaders representing workers that have been deemed "essential" as Illinois battles the coronavirus called Monday for more protective gear to guard members against infection.

Scores of people are answering pleas from hospitals, doctors and nurses so desperate for personal protective equipment amid the viral pandemic that they've turned to the public, saying do-it-yourself face masks are better than nothing.

Nurse says hospital fired her for warning about masks

She says she was fired for warning colleagues that masks provided by the hospital to treat COVID-19 patients would not sufficiently protect them from contracting the disease.

Chicago's plan to reserve at least 1,000 hotel rooms through partnerships with five hotels is the first such sweeping strategy unveiled in the U.S. aimed at relieving the pressure on hospitals that are the only option for the seriously sick.

A lone woman walks across the usually busy State Street near the Chicago Theatre, Monday, March 23, 2020, in Chicago. 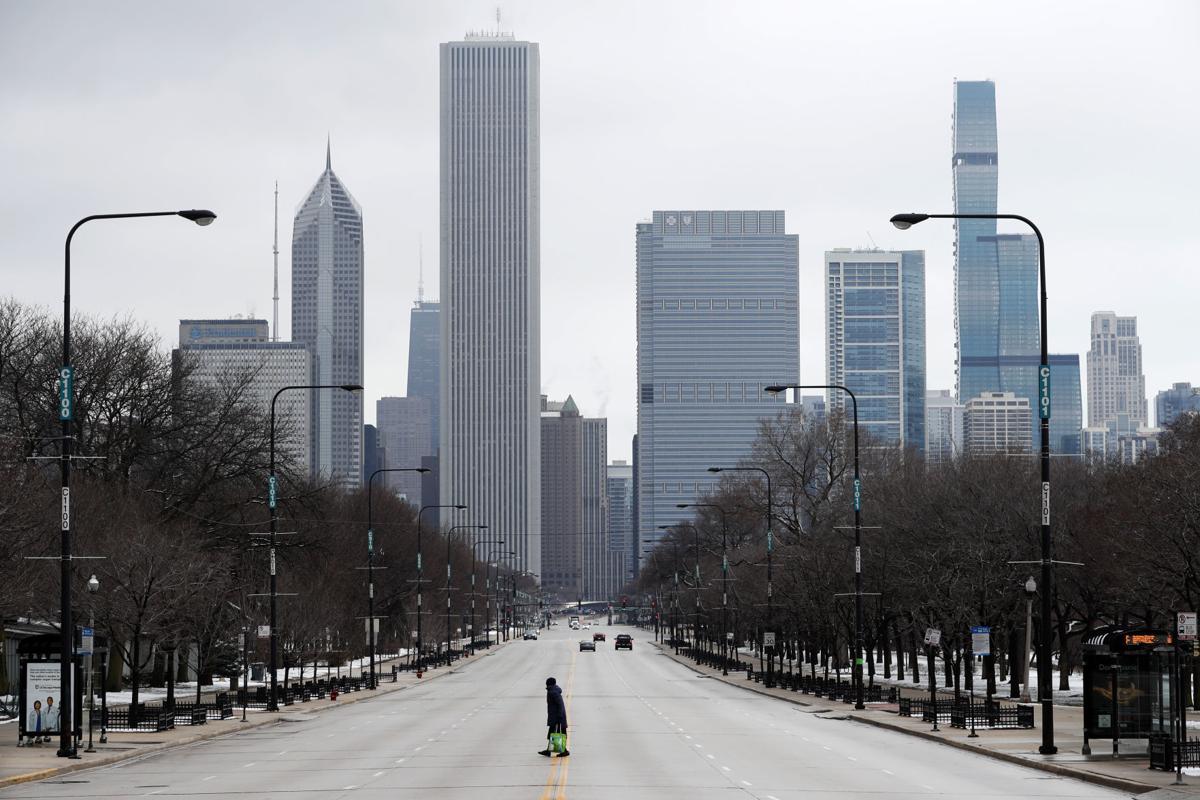 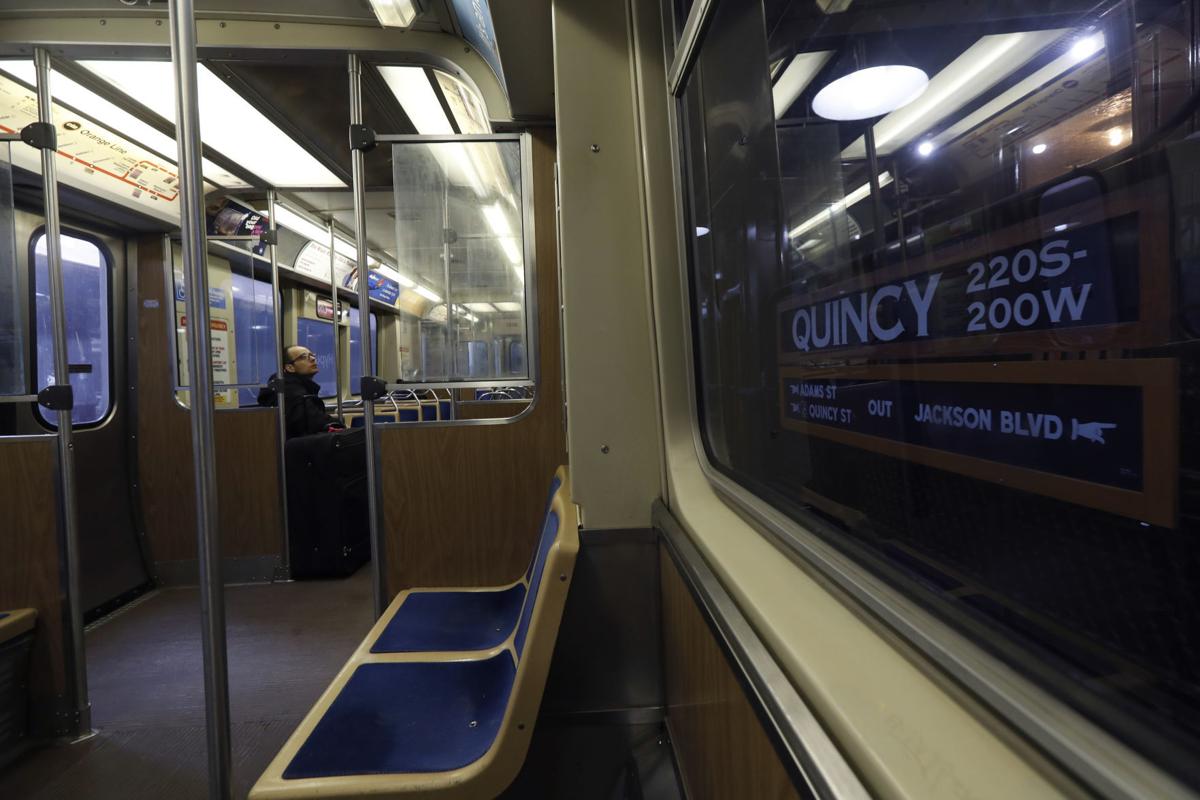 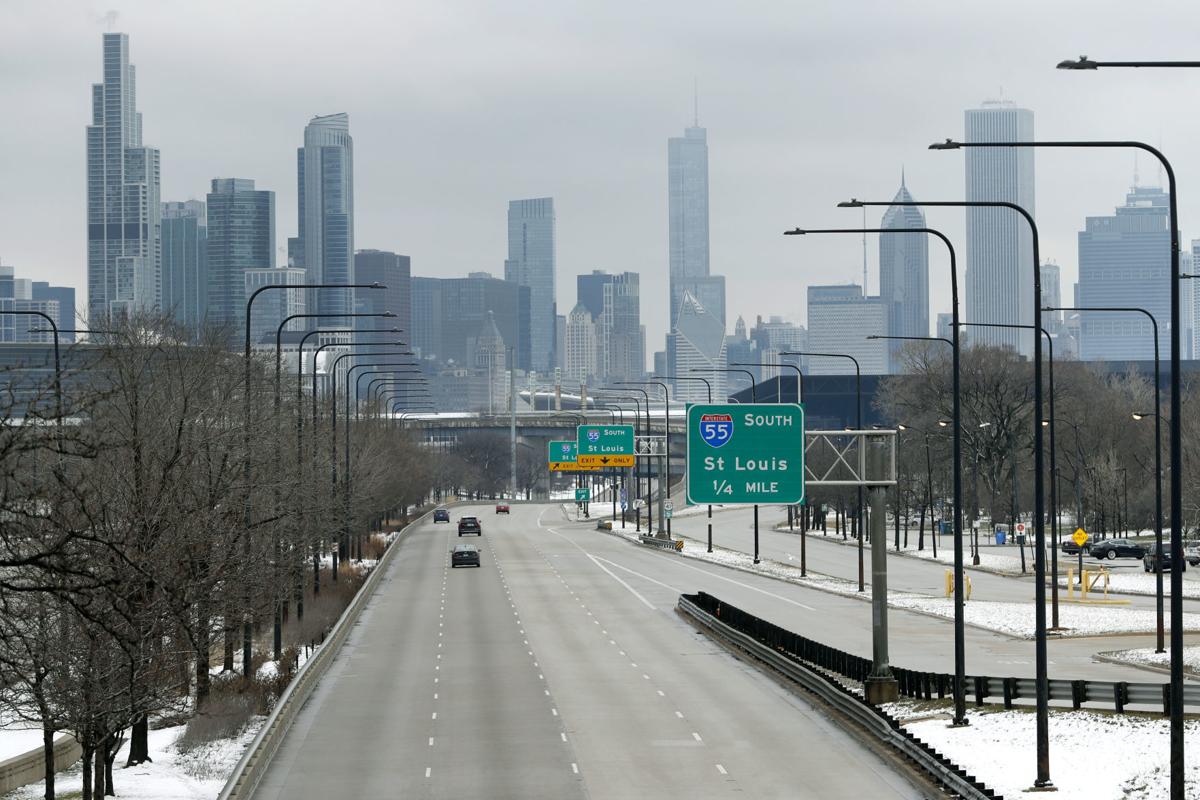 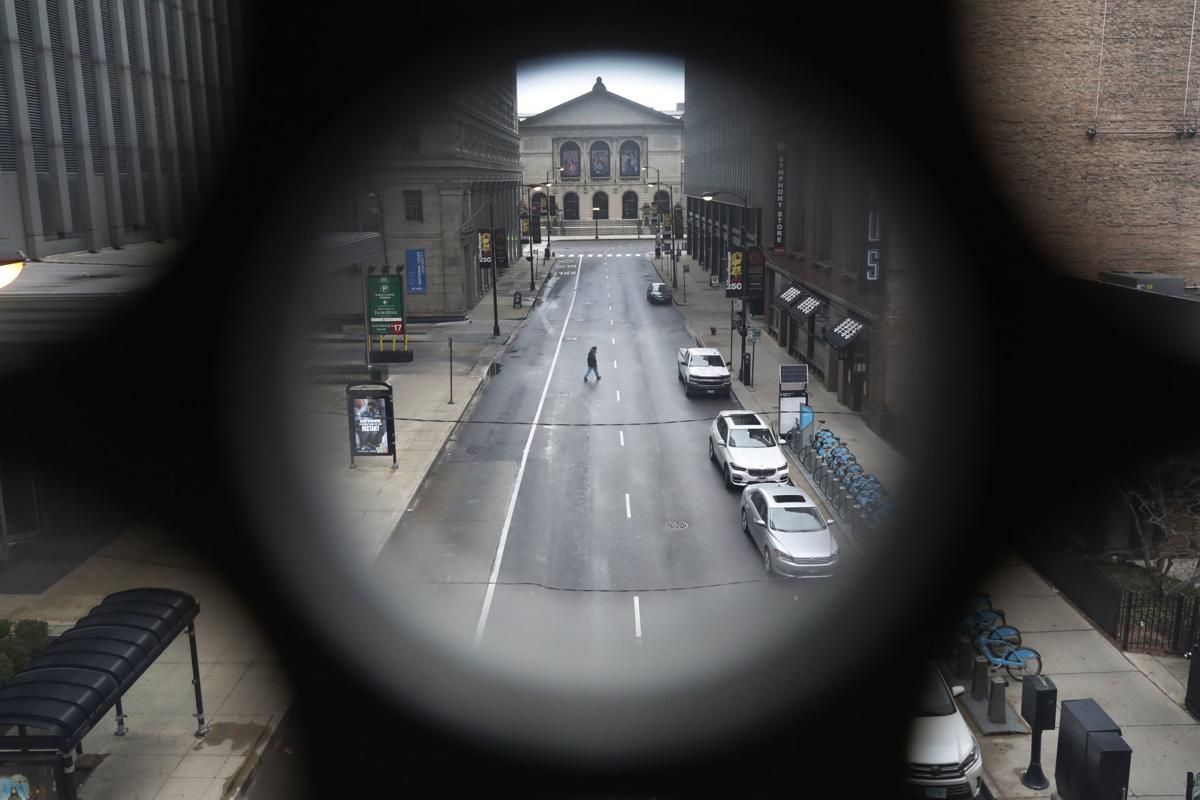 A man walks across a nearly empty Adams Street near The Art Institute of Chicago, Monday, March 23, in Chicago. 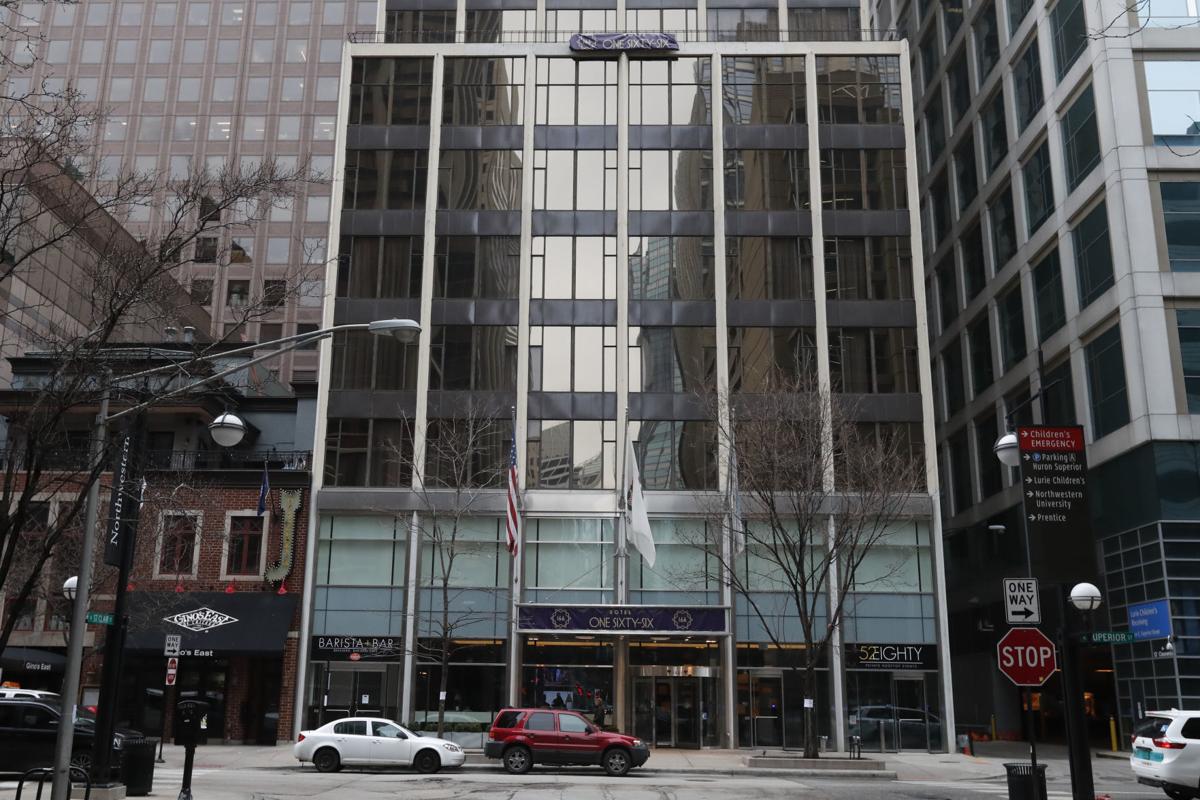