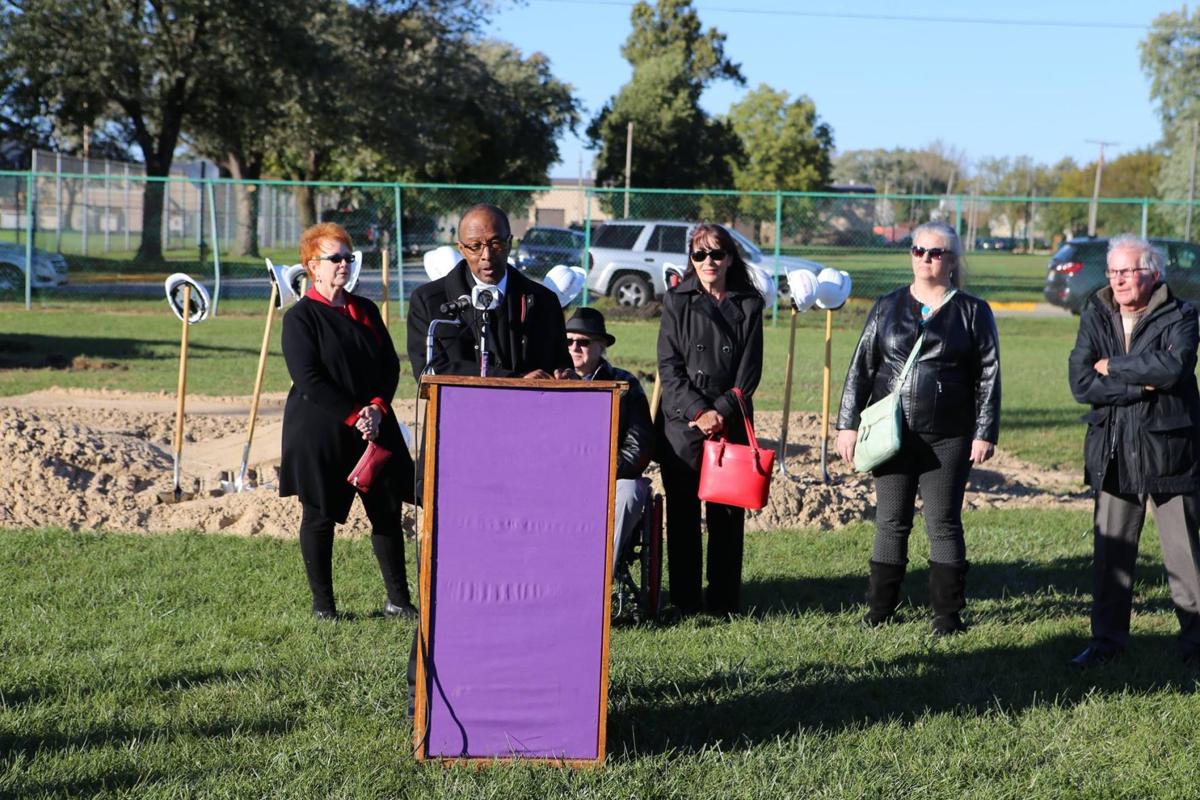 School City of Hammond Superintendent Walter Watkins speaks at the groundbreaking ceremony at the old Hammon High on Tuesday. 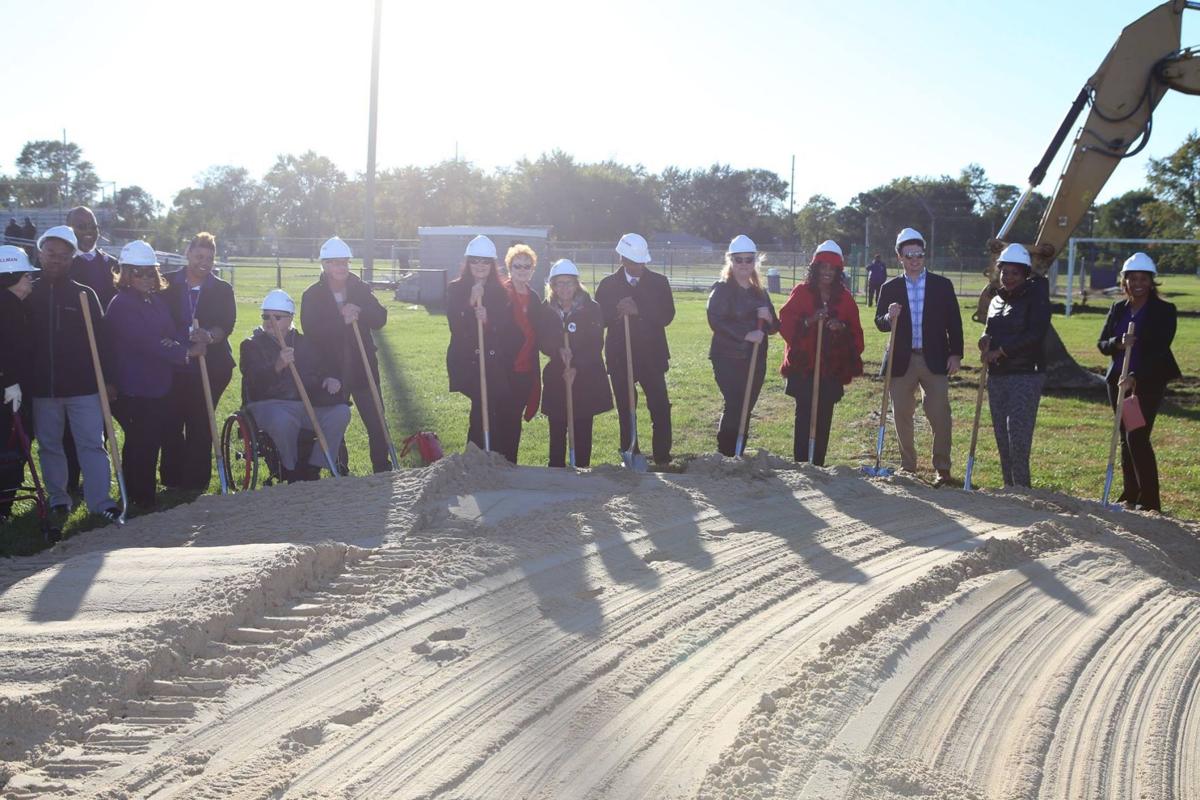 The official groundbreaking on for the new high school in Hammond gathered the community to remember the old and celebrate the new with a ceremony on the old high school's grounds.

With the striking of shovel on dirt, the School City of Hammond took a big step towards the 21st century, simultaneously marking the beginning of the end for the more than century-old Hammond High School.

The official groundbreaking on Tuesday for the new high school in Hammond gathered the community to remember the old and celebrate the new with a ceremony on the old high school's grounds.

“The ceremony had an air of excitement with the all of the community members, the chamber, the board and key people in Hammond who came out,” Deborah White, president of the Board of School Trustees, said. “This is quite the endeavor and what it will bring to the city is phenomenal.”

The building will be on the west side of the original high school in the location of the football field. Meanwhile, Superintendent Walter Watkins said Hammond High students will hold their athletic events at Morton High School's football field.

Where the current school stands, a new baseball field and parking lot will be installed once the old building is demolished. The project will be completed in Fall 2021, with students attending the old Hammond High until the new school is finished.

With funds from a capital projects referendum of $110.6 million, there's nothing hindering the coming progress.

According to White the project will cost more than $84 million, with remaining funds going to update Hammond's other schools. White said it'll also give the city a financial boost for years to come.

“This is a huge economic development for the city,” White said. “It will create hundreds of jobs of all trades.”

However, the construction of the future for students in Hammond isn't just cement and beams.

Watkins sees the laying of fresh brick and mortar as symbolic of the academic advancements to come.

“We are trying to get our Hammond students in the direction of the 21st century, particularly with the changes in requirements for high school graduates,” Watkins said. “This will provide them with an up-to-date, state of the art academic building.”

“We are proud of the design, as we know, the learning environment has influence on student achievement,” Watkins said. “The focus is to prepare kids for developing high tech skills that'll prepare them for career opportunities and the world of academia.”

White said the new school will have multi-functional rooms, with gym spaces that can house state tournaments.

The new school will not necessarily carry on the name of Hammond High, though it is a possibility. Watkins said the new name will be determined by a team of community members down the road.

“I've worked in Hammond for a long time, I have a lot of affection for Hammond High, but my job is to ensure the best future as possible of our students so I'm more than willing to stand behind the building of the new facility.”

As students return to class this week, things might be looking a little different in a few Northwest Indiana school districts.

The question Dr. Fauci wants you to consider this Thanksgiving

The question Dr. Fauci wants you to consider this Thanksgiving

School City of Hammond Superintendent Walter Watkins speaks at the groundbreaking ceremony at the old Hammon High on Tuesday.

The official groundbreaking on for the new high school in Hammond gathered the community to remember the old and celebrate the new with a ceremony on the old high school's grounds.