JEFFERSON CITY, Mo. — In Ohio, more than 48,000 people applied for jobless benefits during the first two days of this week. The tally during the same period the prior week: just 1,825.

In neighboring Pennsylvania, about 70,000 people sought unemployment aid in a single day — six times the total for the entire previous week.

Jobless claims are surging across the U.S. after government officials ordered millions of workers, students and shoppers to stay at home as a precaution against spreading the virus that causes the COVID-19 disease.

“We’ve been getting flooded with calls,” said John Dodds, director of the nonprofit Philadelphia Unemployment Project. “It's going to be a big mess, a double mess: illness and unemployment.”

The growing number of people filing for unemployment checks raises fresh questions about whether states have stockpiled enough money since the last recession to tide over idled workers until the crisis ends. Some fear the demand for help could outpace the states' ability to pay claims.

Raimondo, a Democrat, said the state needs to start replenishing its fund and appealed for help from the federal government.

President Donald Trump's administration is proposing an economic stimulus package that could approach $1 trillion and include sending checks to Americans within a matter of weeks to help them pay for groceries, bills, mortgages and rent. The Senate gave final approval Wednesday to a separate bill that would inject $1 billion into state unemployment insurance programs.

The federal aid could rival or exceed that of the Great Recession in 2008, when a financial industry crisis led to widespread layoffs. Economic analysts warn the country is likely entering — or already in — its first recession since then.

Valerie Costa, a 41-year-old mother of two, quickly applied for unemployment benefits after the Rhode Island casino where she worked as a bartender and cocktail server closed because of virus precautions. For now, her husband is still working.

“We’re limiting our spending. But we also really don’t know what to expect,” she said. “Most of us live through our tips, and if no tips are coming in, that makes things tough.”

The last recession led to the insolvency of unemployment trust funds in 35 states that collectively racked up more than $40 billion of debt to keep paying unemployed workers. In many states, those debts were repaid through higher taxes on employers.

To shore up their trust funds, some states also cut the amount and duration of benefits for those who became unemployed in the future.

"States aren’t really recession-ready, because it’s so hard for people to get benefits, stay in the program, and the benefits are insufficient,” said Michele Evermore, a senior policy analyst at the National Employment Law Project, a New York-based group that advocates for low-wage workers and the unemployed.

Jobless claims and unemployment also are rising around the globe. The U.N.’s International Labor Organization estimates that fallout from the coronavirus outbreak could lead to nearly 25 million job losses worldwide and drain up to $3.4 trillion worth of income by the end of this year.

In the U.S., state unemployment trust funds generally are in better financial shape than they were before the last recession. Yet 21 states began the year with less than the amount recommended to remain solvent in an average recession, according to a U.S. Department of Labor report. At the bottom of the solvency list are many of the most populous states — California, Texas, New York, Illinois, Ohio and Massachusetts.

Ohio Gov. Mike DeWine, a Republican, was among the first to shut down schools, sporting events and certain businesses because of the coronavirus. Unemployment claims have since skyrocketed.

DeWine's administration acknowledged that state lawmakers likely will have to intervene to shore up the state's shaky unemployment trust fund.

“The workers out there should not be worried. It will be funded for their needs," said Ohio Lt. Gov. Jon Husted, also a Republican.

Pennsylvania in January finally made the last payment on billions of dollars of bonds issued in 2012 to cover the unemployment fund debt from the last recession. But its fund remains in danger of insolvency, according to the U.S. Labor Department report.

The Department of Employment and Economic Development has been taking more than 2,000 applications per hour, compared with the usual 40 or 50, Commissioner Steve Grove said

Warnings to stay away from public gathering spots also have made it more complicated to apply for benefits, with some state unemployment offices closed to the public. Instead, states have shifted more applicants from offices to websites and phone calls, but even those systems are being taxed.

New Jersey Gov. Phil Murphy said the number of unemployment insurance requests was so high at the start of this week that it crashed the state labor department's website.

New York's labor department said it's experiencing “an unprecedented increase” in calls and online visits for unemployment benefits. During the first half of Tuesday, it had 110,000 website visits and 21,000 phone calls. That's 2 1/2 times the web traffic and 10 times the phone calls of the entire previous Tuesday. At times, the surge was too much for the agency to handle.

Governors and lawmakers in many states took action this week to make unemployment benefits easier and quicker to get. Some also waived rules that disregard the first week of unemployment or extended the total number of weeks people can be eligible.

In North Carolina, which offers less in jobless benefits than most states, displaced workers won't have to be actively looking for a new job, as is required for traditional benefits, and employers who must lay off workers won't be financially responsible for the benefits their workers receive.

Kansas lawmakers worked quickly Tuesday to pass legislation that eliminates a one-week wait to begin receiving benefits and expands their duration from 16 to 26 weeks. But House Commerce Committee Chairman Rep. Sean Tarwater, a Republican, expressed concern that the economic problems caused by the virus pandemic could deplete the state's unemployment fund in less than a year, even though it's ranked in the top quarter nationally.

Who should be tested for COVID-19, who should stay home?

"What we are seeing is something totally unique here, where the switch has flipped from historically low claims numbers to a dramatic escalation that's going to affect multiple segments of the economy," said Kansas Deputy Labor Department Secretary Brett Flachsbarth.

Coronavirus threat no match for charity in Crown Point

Even with all the coronavirus-triggered uncertainty, there’s still room for simple acts of charity. Just as Mary Ann Ernst, customer service manager at Strack & Van Til.

Around 1 p.m. traffic safety concerns caused the chocolate milk giveaway to come to a halt for the day.

Hoosiers who believe they've been subjected to price gouging due to the coronavirus pandemic can file a complaint with the Indiana attorney general's office.

Kouts Health Care on providing COVID-19 testing: 'The right thing to do'

Kathy Lynch, owner of Kouts Health Care, said she believes she was likely one of the very first private practices to offer COVID-19 testing in the area.

The School City of Hammond is notifying 2 additional school communities that a presumptive COVID-19 patient may have come into contact with students.

Valpo has suspended municipal utility shutoffs and won't assess late fees as part of a wider plan to help residents and businesses cope with the expanding coronavirus pandemic.

Working from home this week? These two internet providers are offering free Wi-Fi access in light of the global coronavirus pandemic.

Operations at Midway International Airport remained limited on Wednesday, a day after federal authorities closed the control tower after technicians tested positive for the coronavirus.

The Lake County Government Center is closing to the public and county employees only will work half days through April 6 to minimize the potential spread of coronavirus.

Should Indiana postpone May 5 primary elections due to coronavirus?

Hammond Mayor Thomas McDermott Jr. is urging state election officials to postpone Indiana's May 5 primary elections for one month due to coronavirus.

With the coronavirus crisis affecting the world, restaurants have been forced to close. But eateries have the choice of offering their dishes by carryout, drive-thru and delivery options.

Banks across Northwest Indiana are closing all branch lobbies to help stop the spread of coronavirus.

Test sites ramp up in Crown Point, elsewhere, for COVID-19

Porter County is awaiting the test results of two residents, who showed signs and symptoms of the coronavirus known as COVID-19, the county board of commissioners were told this week.

The American Red Cross of Northwest Indiana has scheduled blood drives through next week to help replenish diminished supplies.

As the coronavirus pandemic continues to alter how individuals go about their daily lives, these changes can be especially difficult for children. 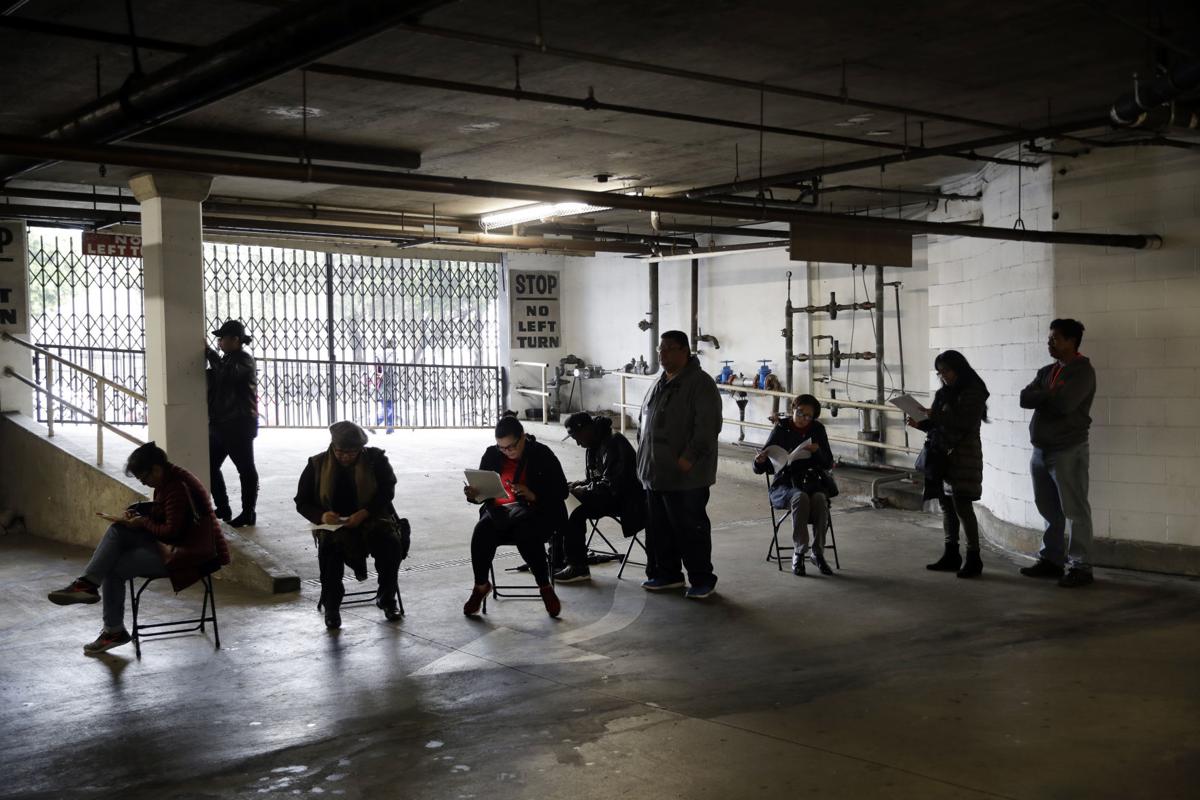 Unionized hospitality workers wait in line in a basement garage to apply for unemployment benefits at the Hospitality Training Academy Friday, March 13, 2020, in Los Angeles. 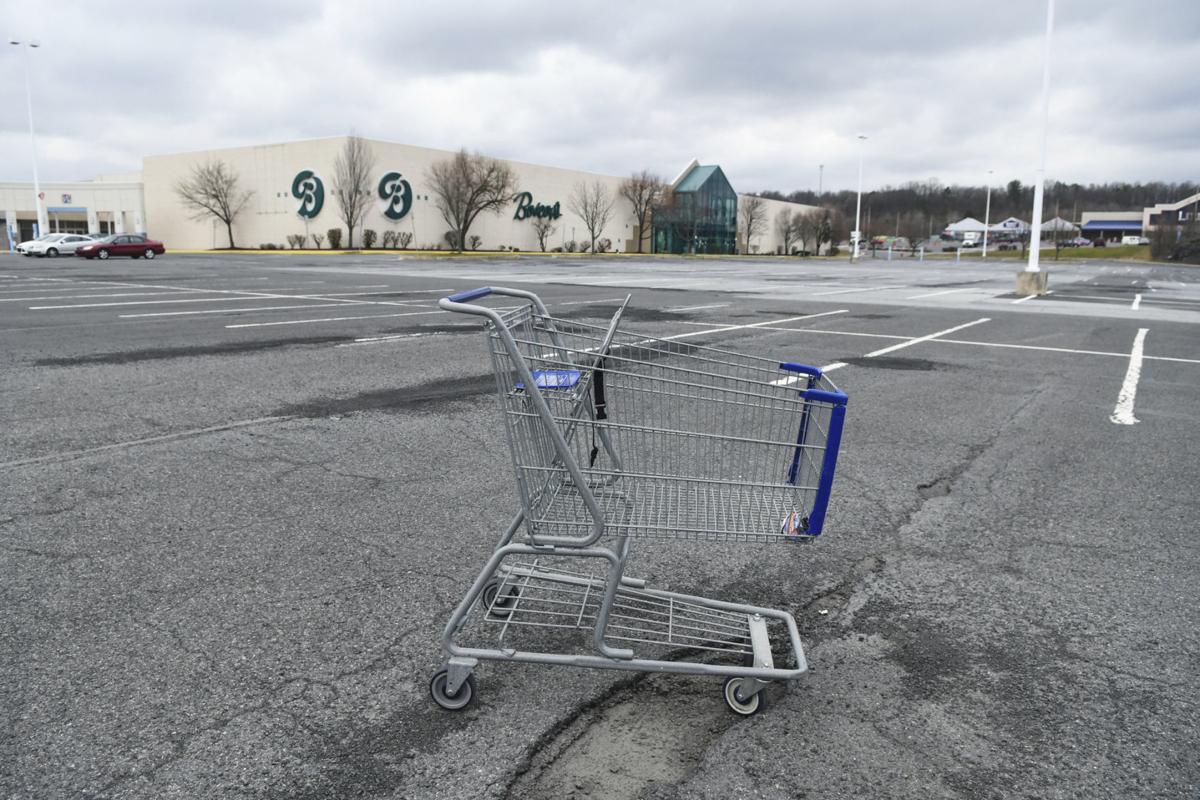 A shopping cart sits in an empty parking lot near a shopping mall closed due to coronavirus concerns in Pottsville, Pa. on Tuesday, March 17. 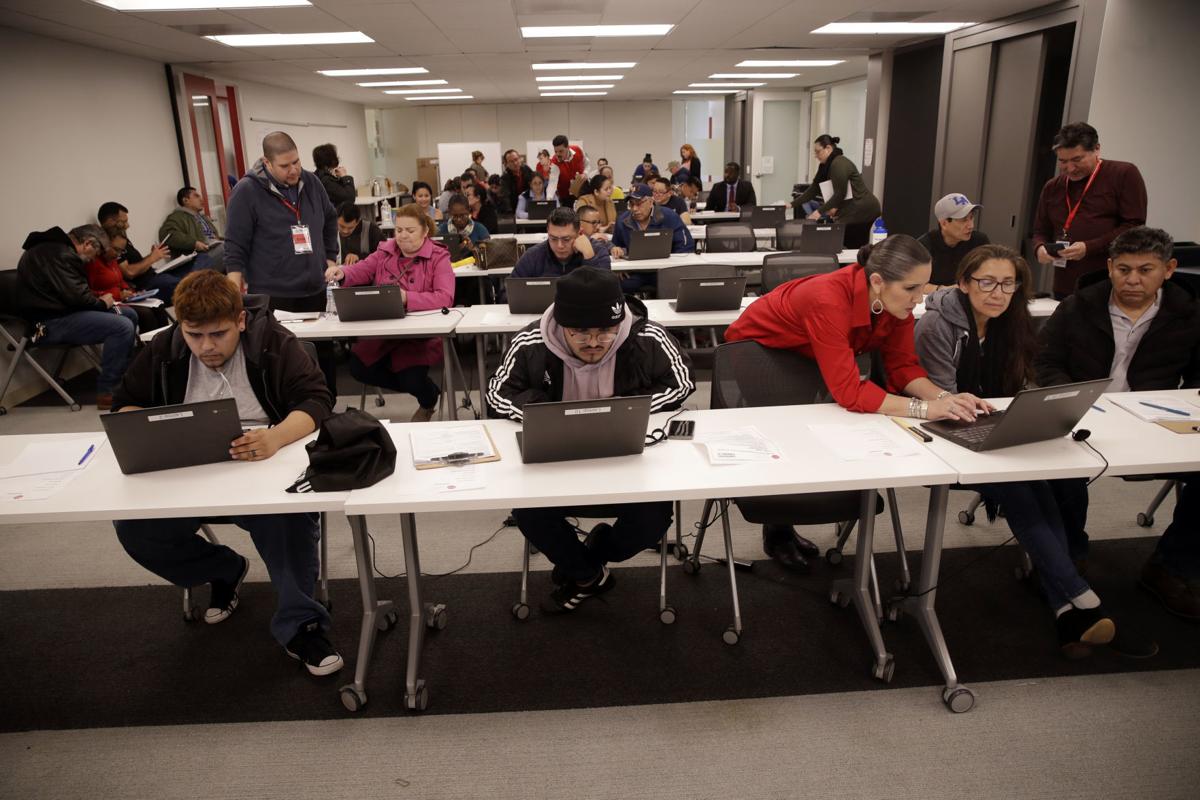 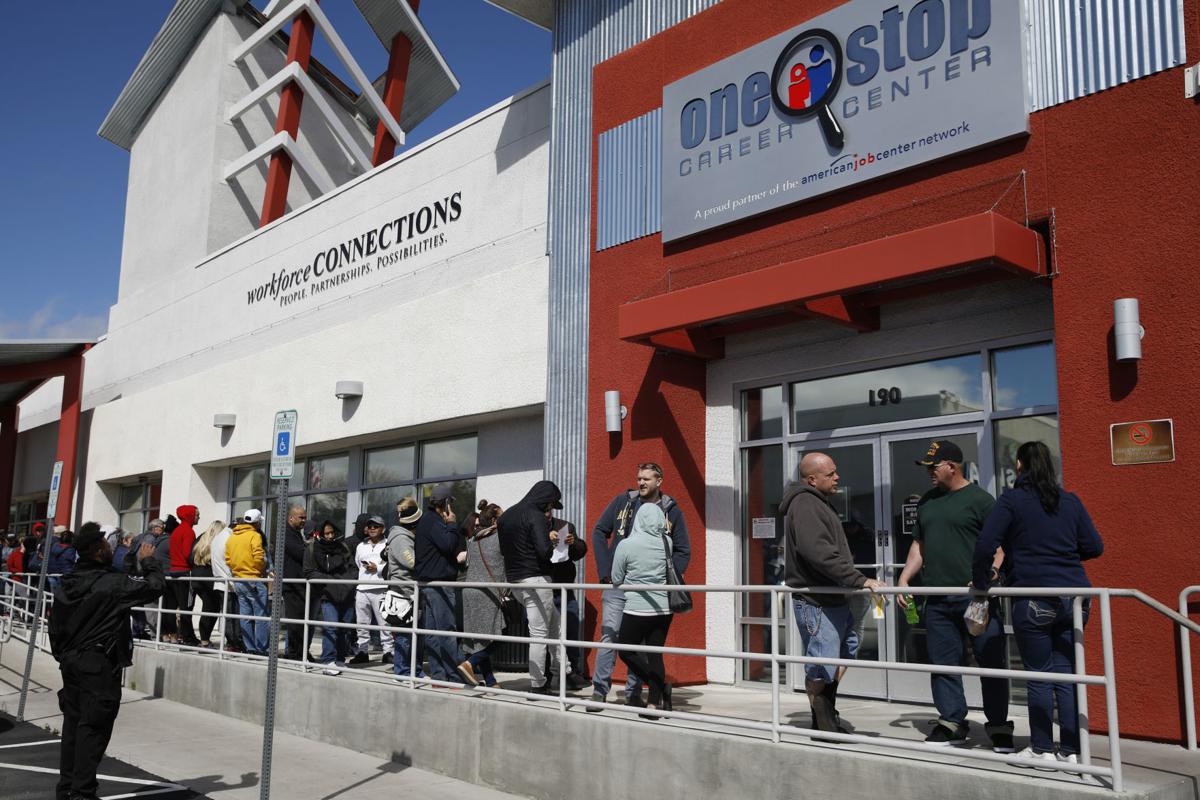 People wait in line for help with unemployment benefits at the One-Stop Career Center, Tuesday, March 17, 2020, in Las Vegas.