From porch to pantry, Food Driven makes it happen
Share this
× 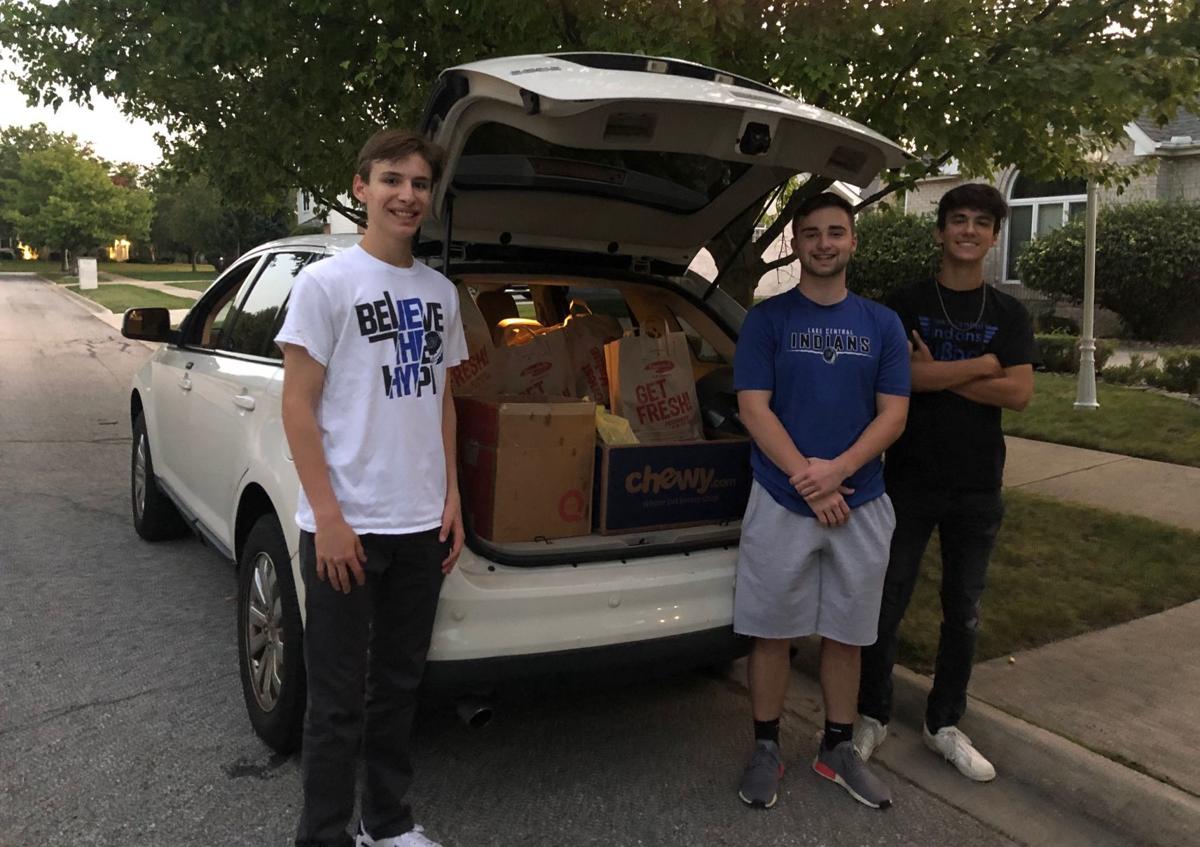 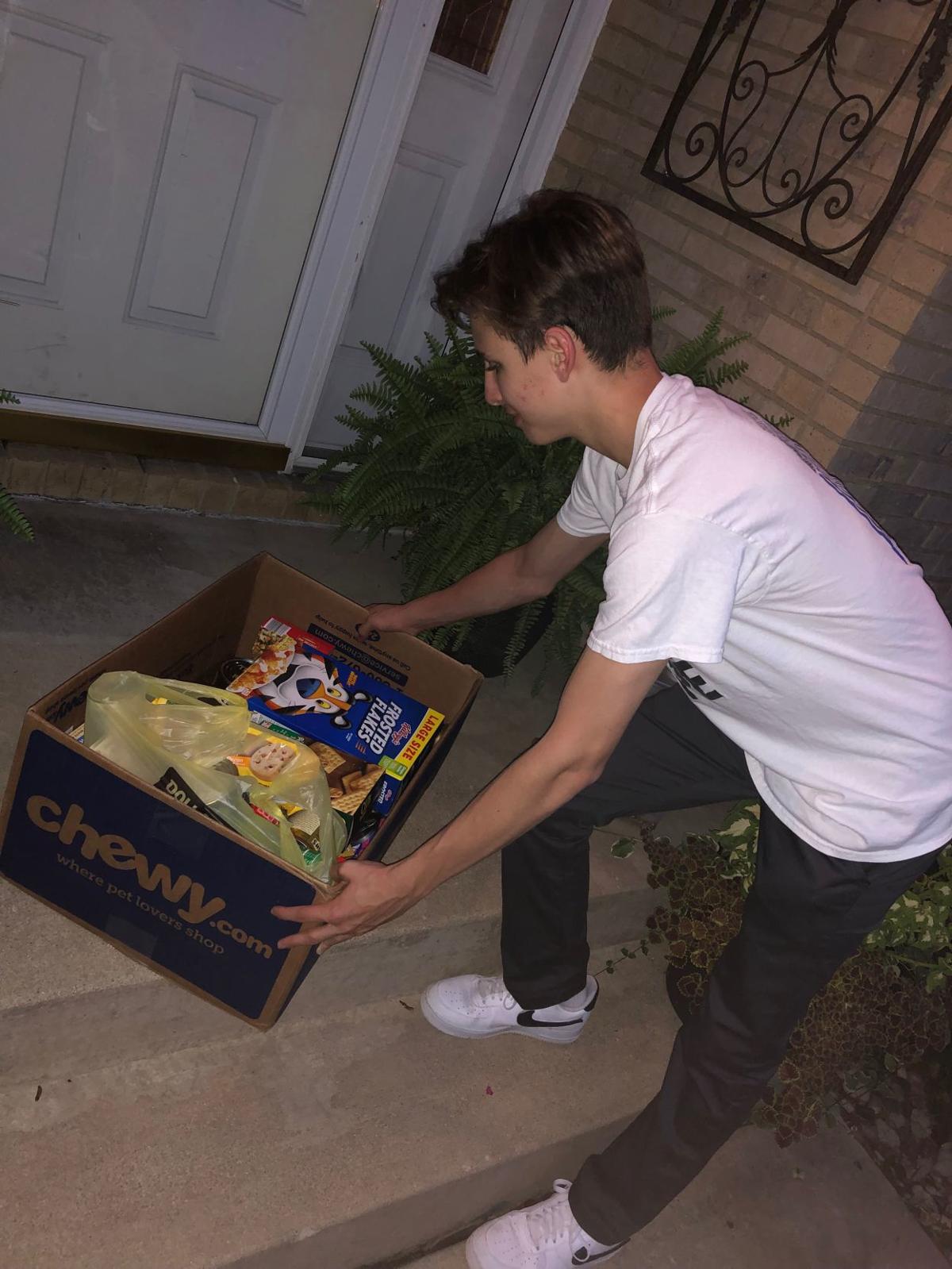 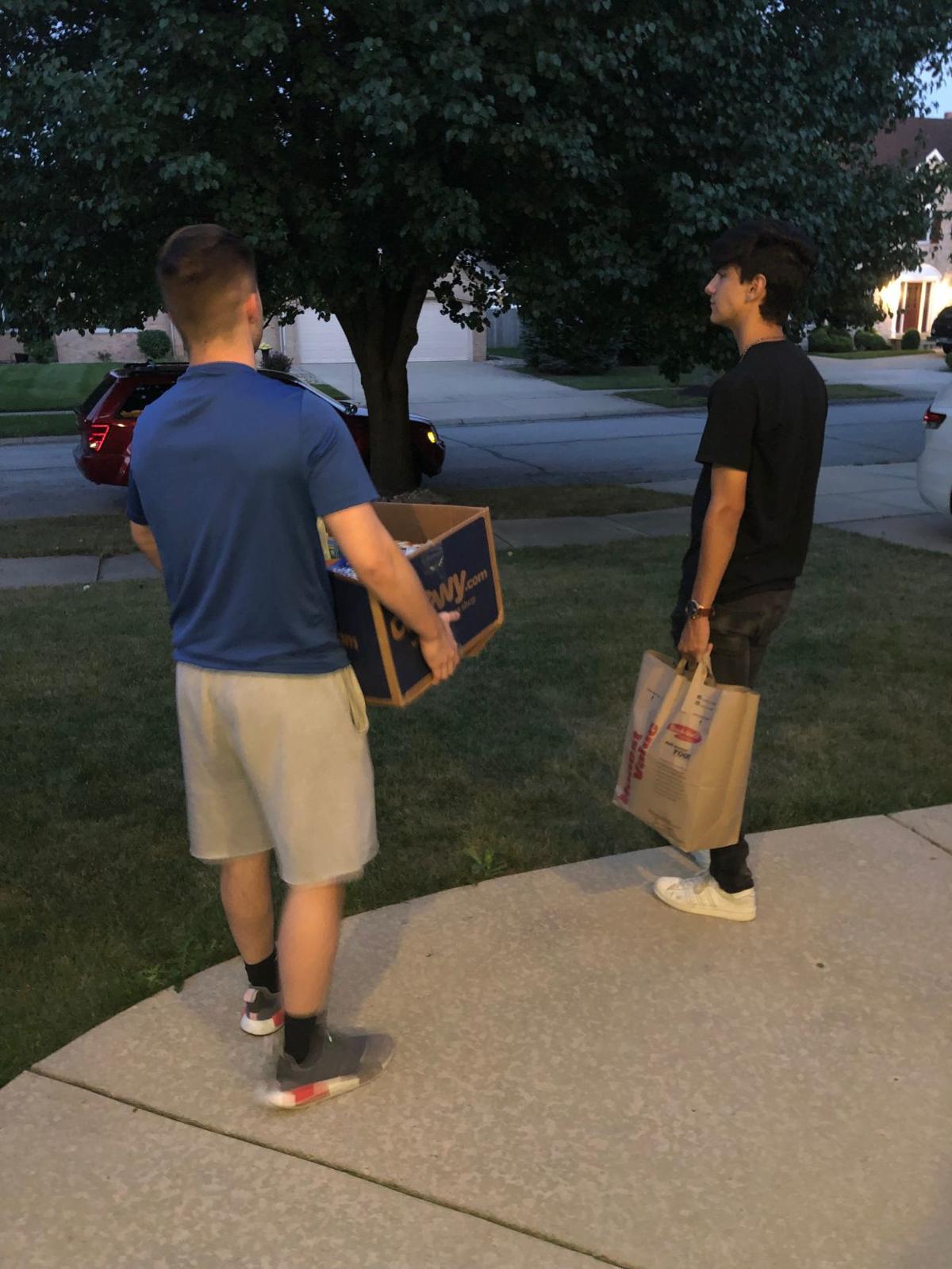 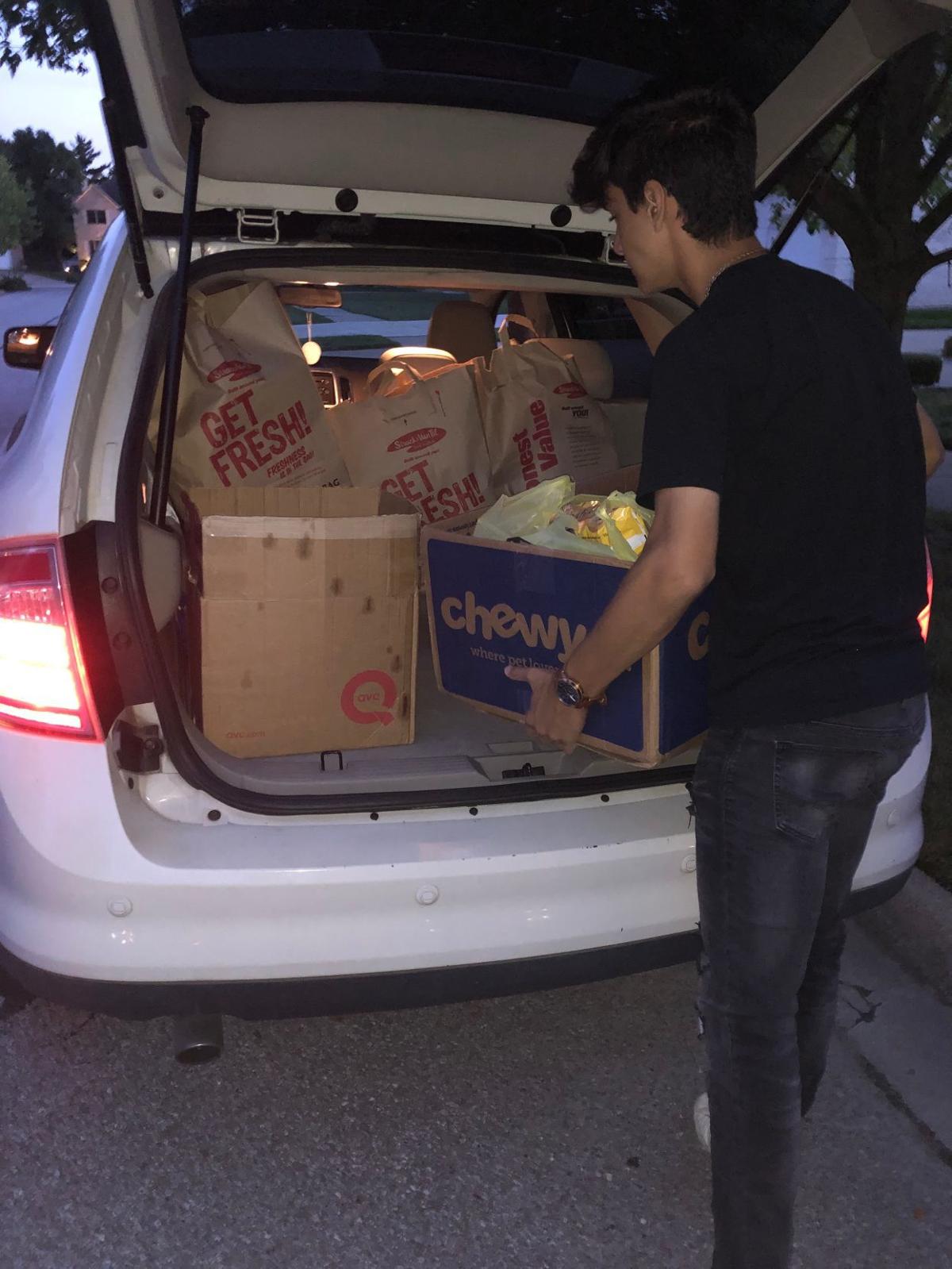 Hamza Abughofah, a senior at Lake Central High School, loads donated items into a car. Abughofah, along with partners Connor Kaurich and Joey Lopez, volunteers to collect items from individual homes through the team's website, food-driven.org. 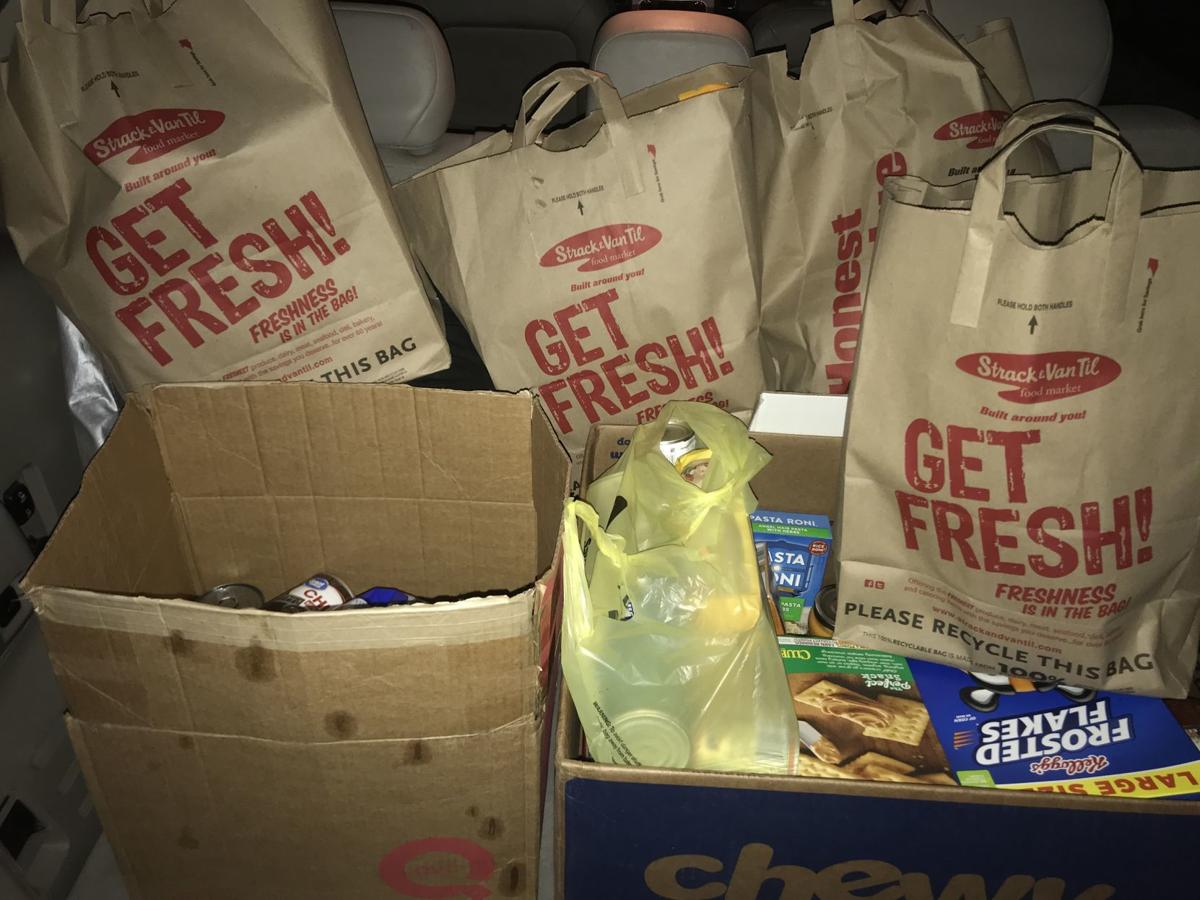 The seniors are launching a new, free service which offers porch-to-donation center transportation for canned goods, other nonperishable food items and toiletries.

After receiving a request, one of the Food Driven founders will travel out to the provided location, pick up a donation box directly from the porch and drive it to the nearest donation center — usually the Food Bank of Northwest Indiana.

So far, the service is available to the Dyer, Schererville and St. John communities.

“The U.S. Postal Service comes to houses once a year,” Lopez said, pointing to evolving technology that makes scheduled pickups and deliveries possible. “We’re tying our idea into a new era.”

The team’s service was inspired by Abughofah’s observations last winter — acknowledging both a seeming increase in the need for food and toiletry donations during the holidays and a level of snow-induced complacency seen in some during the biting-cold winter months.

“People during that time are less likely to donate,” Abughofah said. “We came to the conclusion the best idea was a service from the house to the donation site.”

The students said they’ve already engaged in several drops and are working to spread the word about their new service through social networking and a video promotion.

Their goal is to continue growing in the number of donations received. The three founders say they established their service with expansion in mind.

While food pickups have been manageable between the three students in their first month, Food Driven is seeking other volunteer drivers to assist in donation drops.

They’ve had 16 others, mostly their own age, express interest.

Inspired by ridesharing platforms like Uber or Lyft, the three see it as a way to connect other students interested in doing good.

“We found that a lot of the things that limit us in being more courteous in our community has been the time commitment to drive and deliver donations ourselves,” Kaurich said. “We’re trying to make that an easier process to touch more people in our community.”

And, the three seniors see opportunity for continued growth as they continue into college next year.

Each say they are prepared to return home and take donations on the weekends as well as engage more volunteer drivers to assist in pick-ups during the week. They also see potential to expand into their respective college towns as the next year progresses.

Though none have committed yet, Indiana University Bloomington, Northwestern University, the University of Notre Dame and Purdue University West Lafayette are of interest among the three teens.

“You always turn on the news and see something bad happening,” Abughofah said. “We need to look at the community ourselves. It’s time we took matters into our own hands.”

More information about how to make a donation or join the Food Driven team is available at food-driven.org.

PORTER — They needed 1,872 students to break the Guinness Book of World Records for the largest field trip in the world.

Strack and Van Til donates $25,000 to Food Bank of Northwest Indiana

Hamza Abughofah, a senior at Lake Central High School, loads donated items into a car. Abughofah, along with partners Connor Kaurich and Joey Lopez, volunteers to collect items from individual homes through the team's website, food-driven.org.