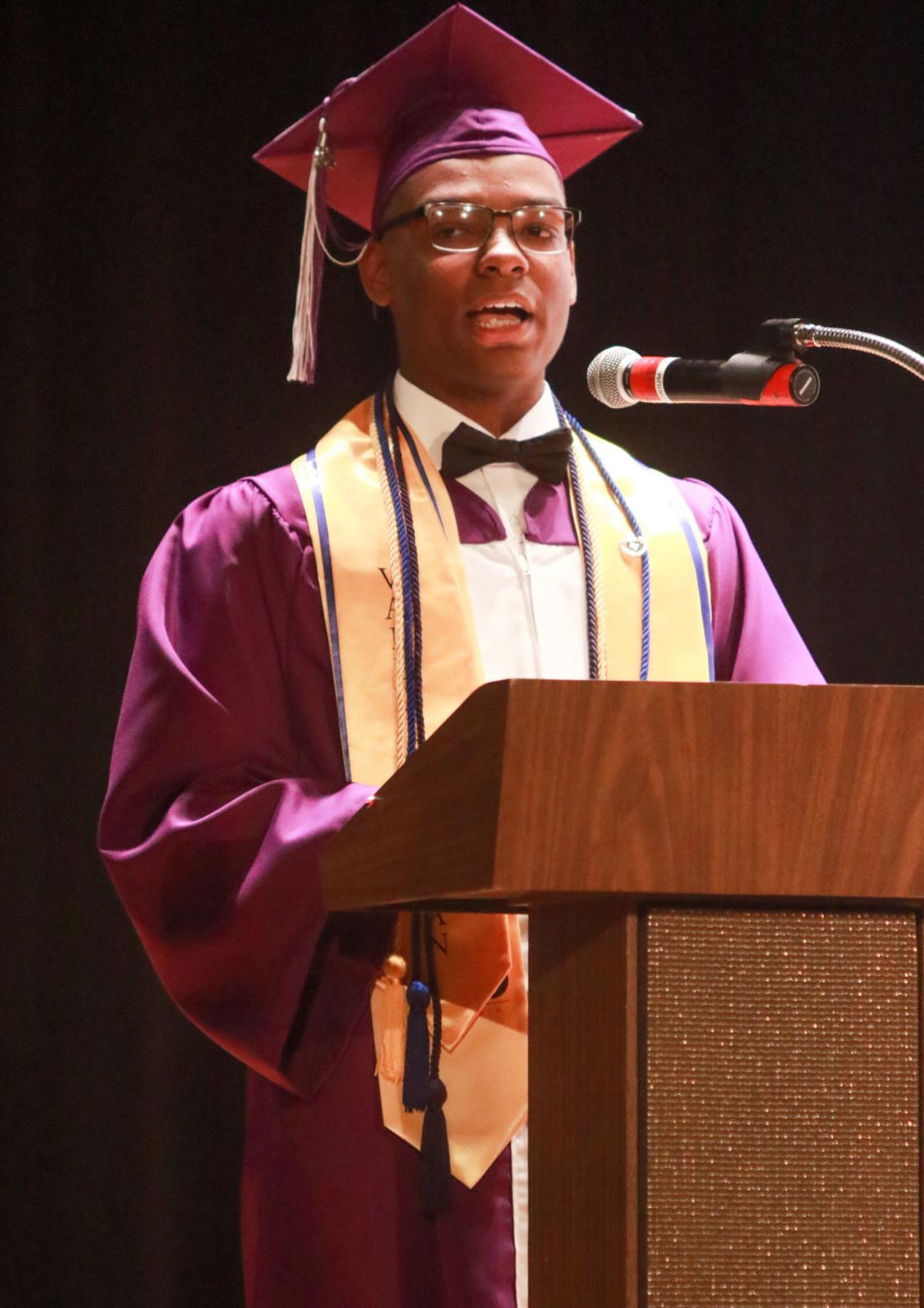 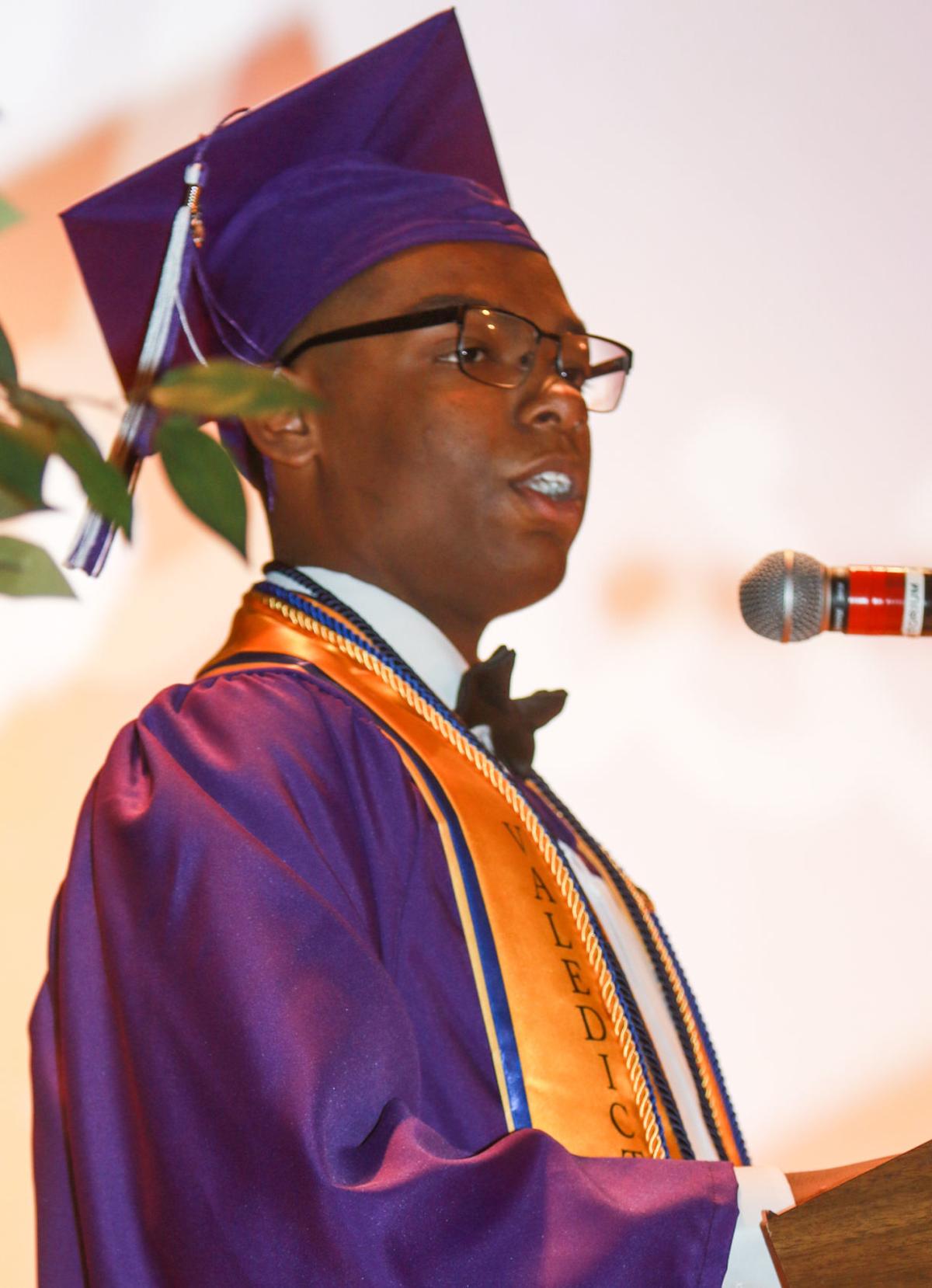 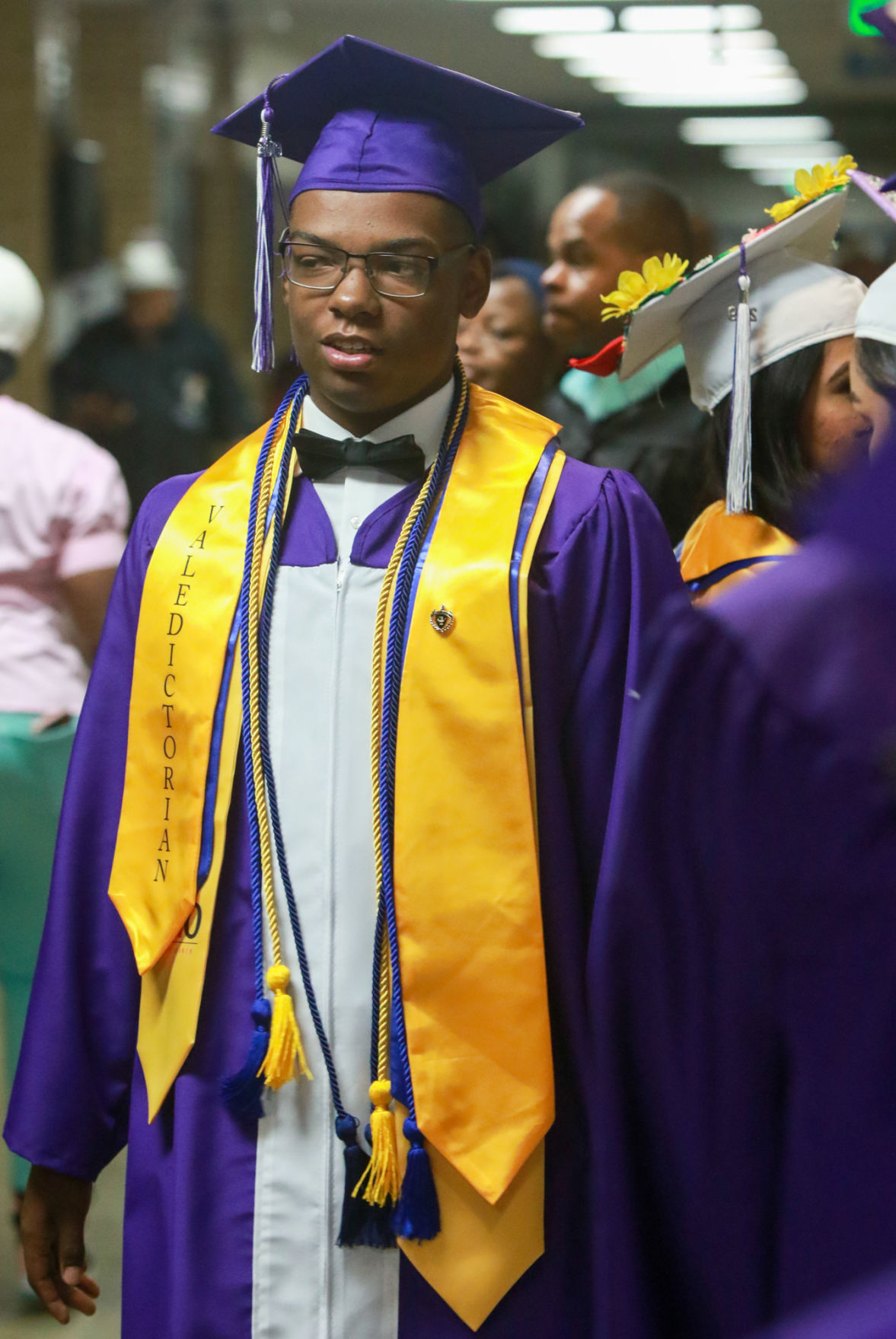 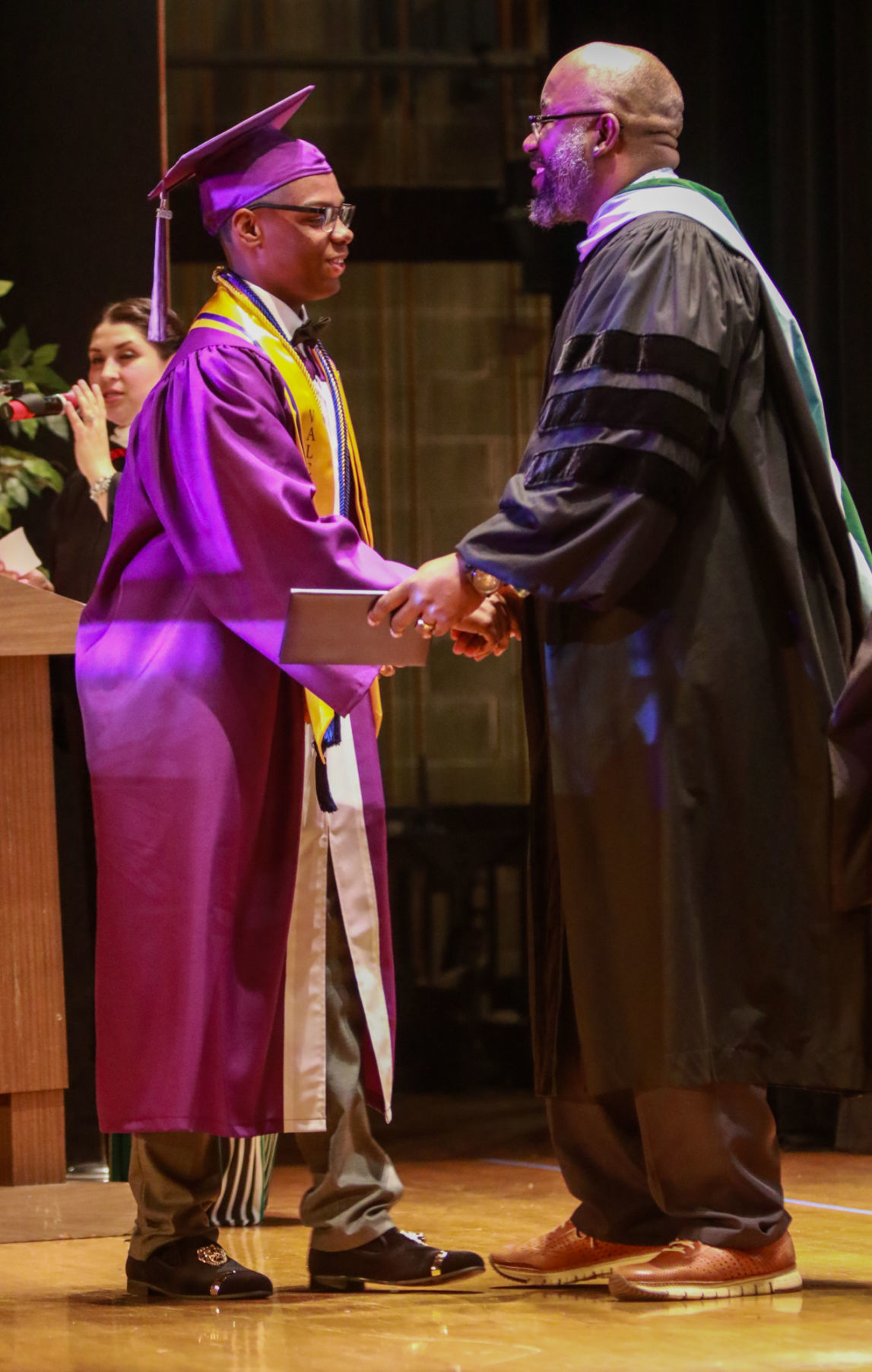 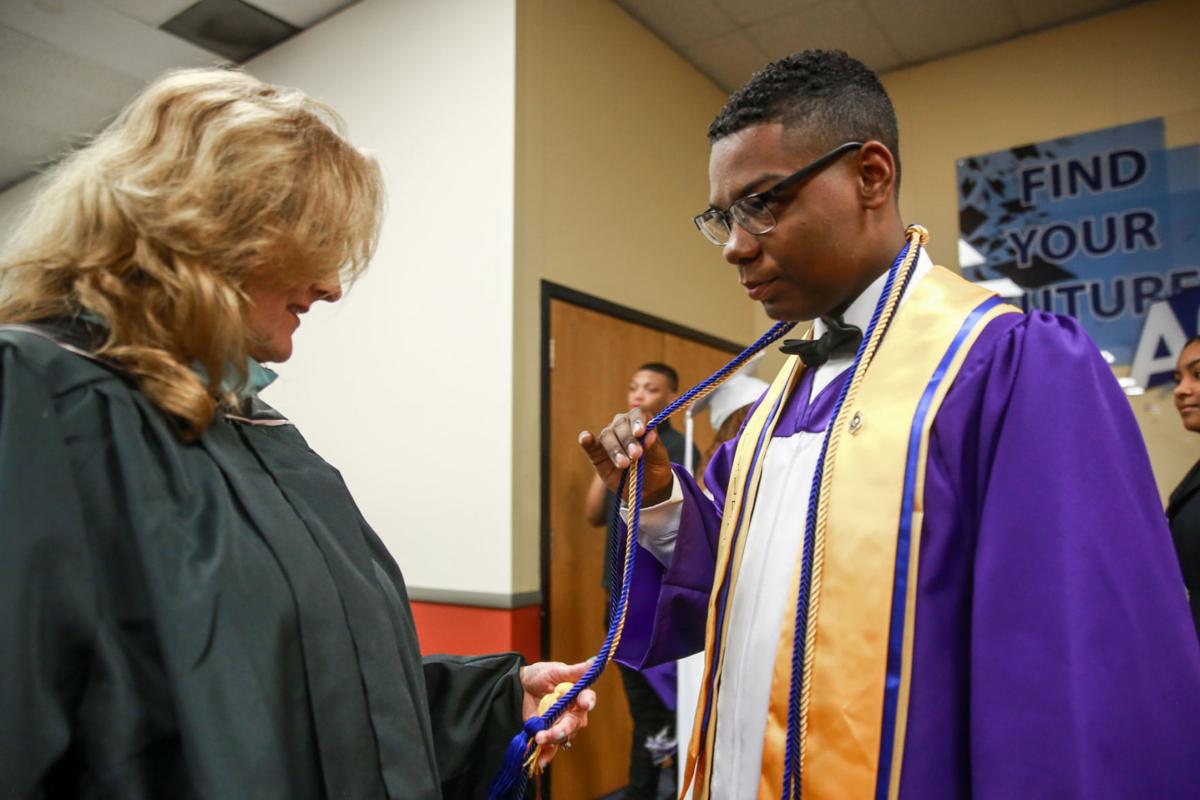 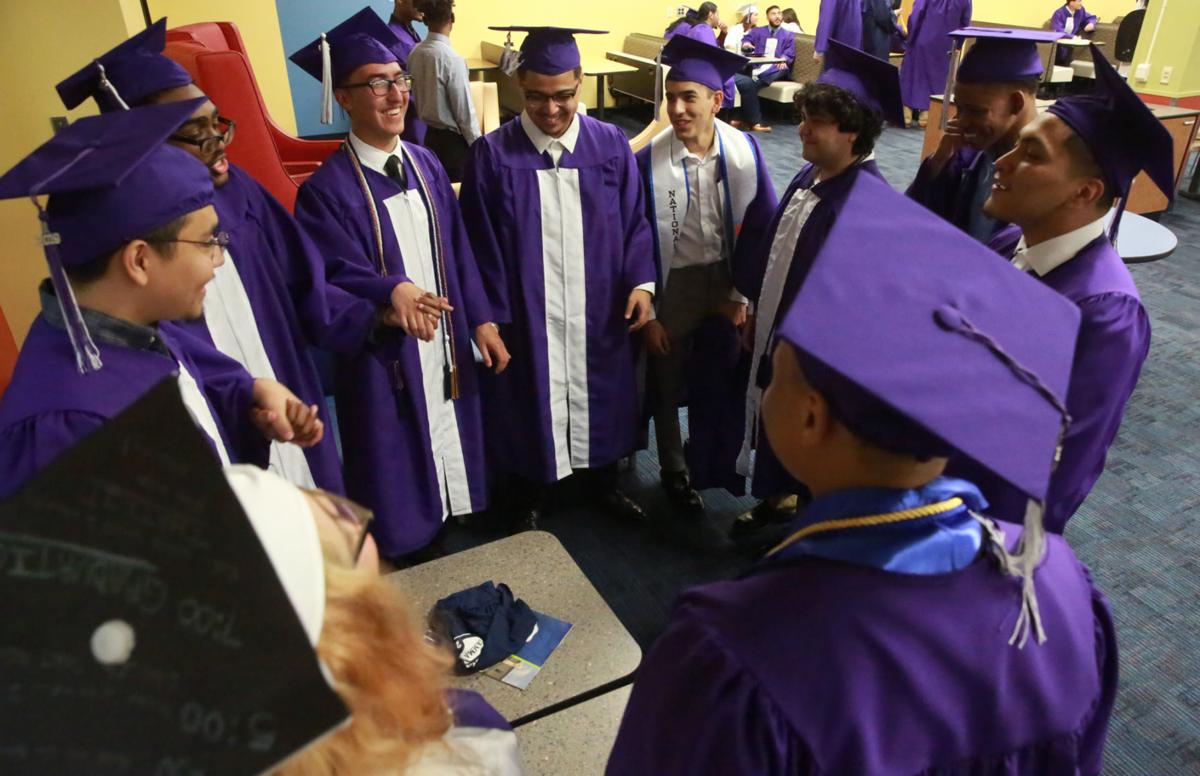 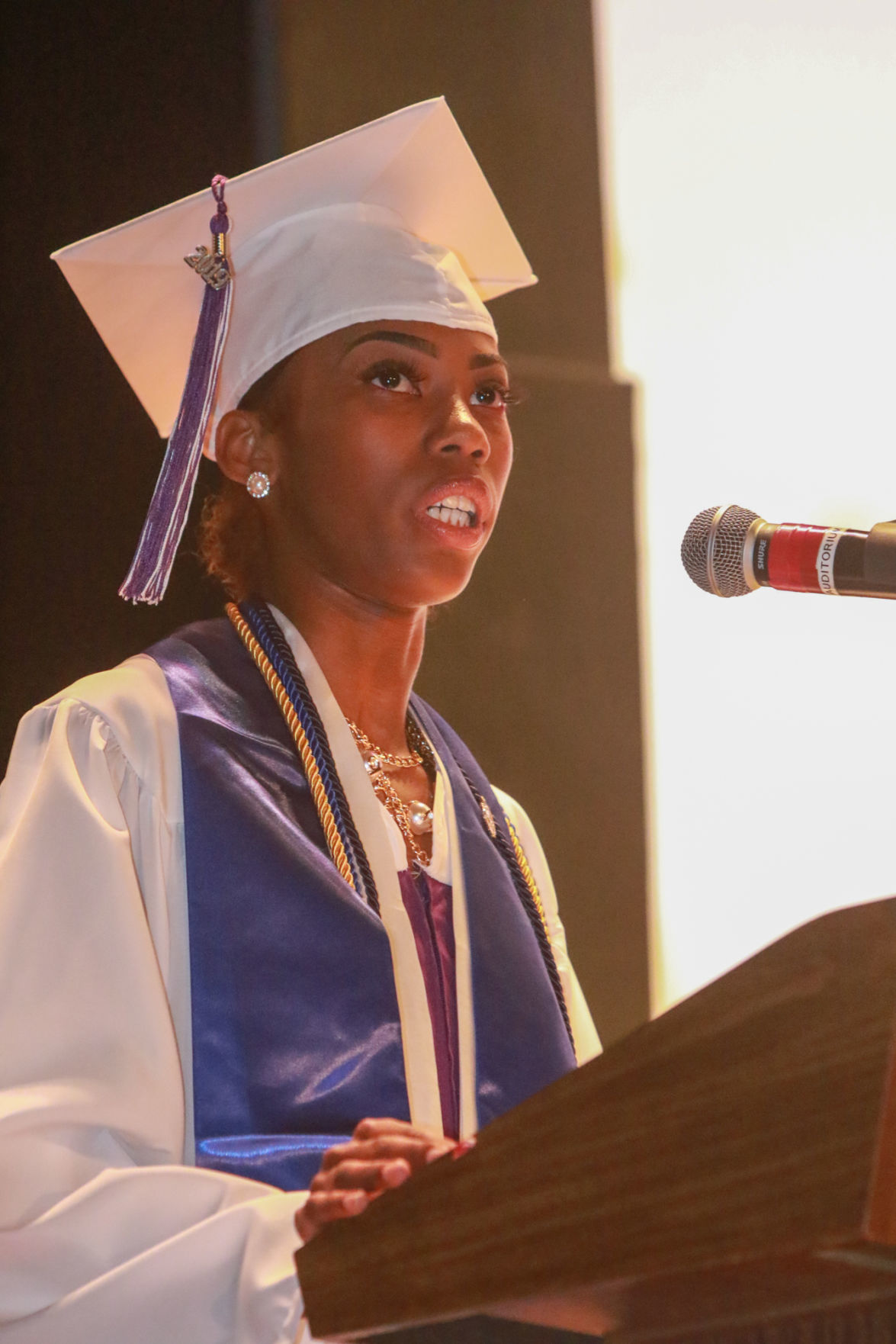 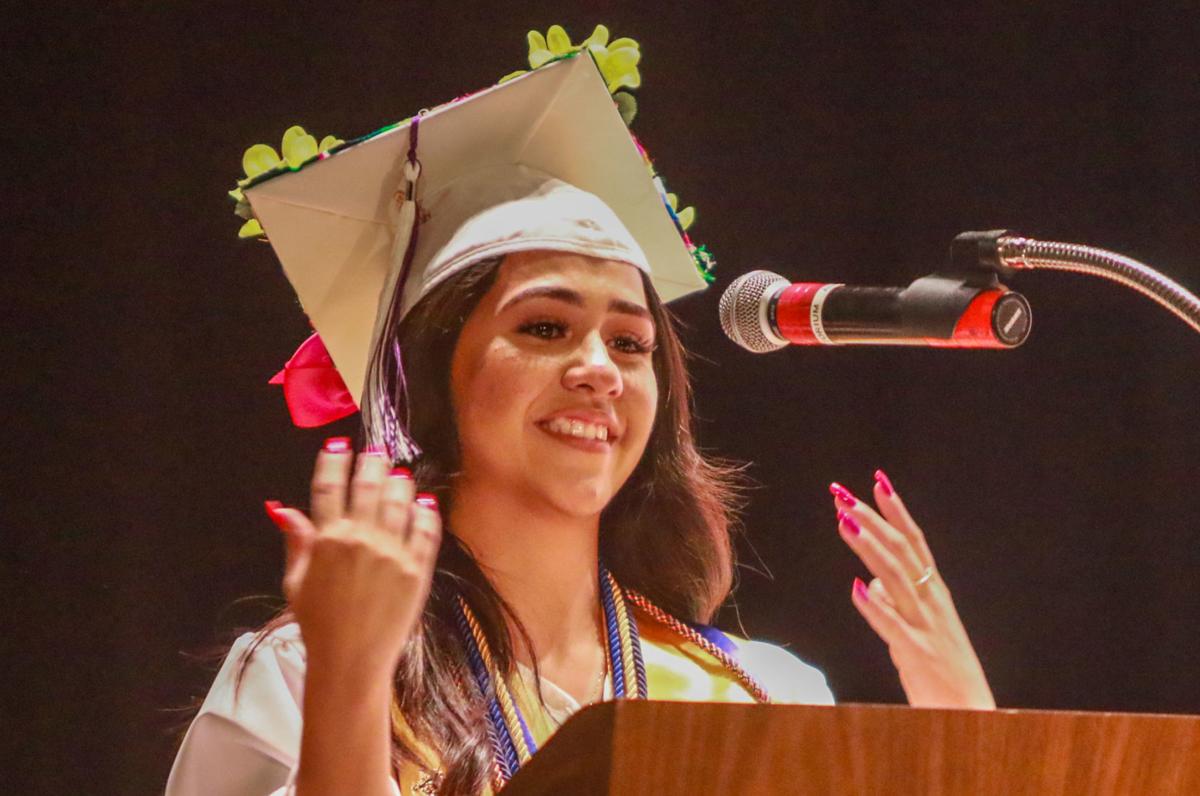 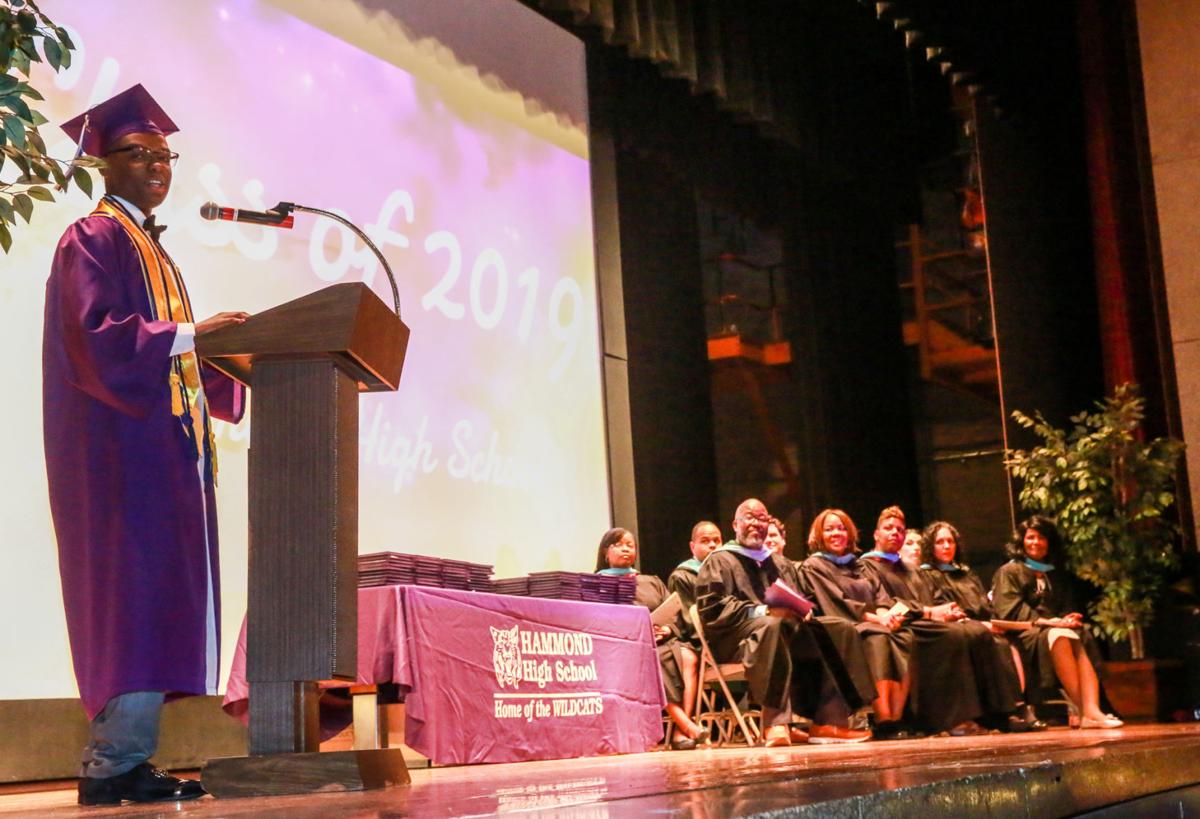 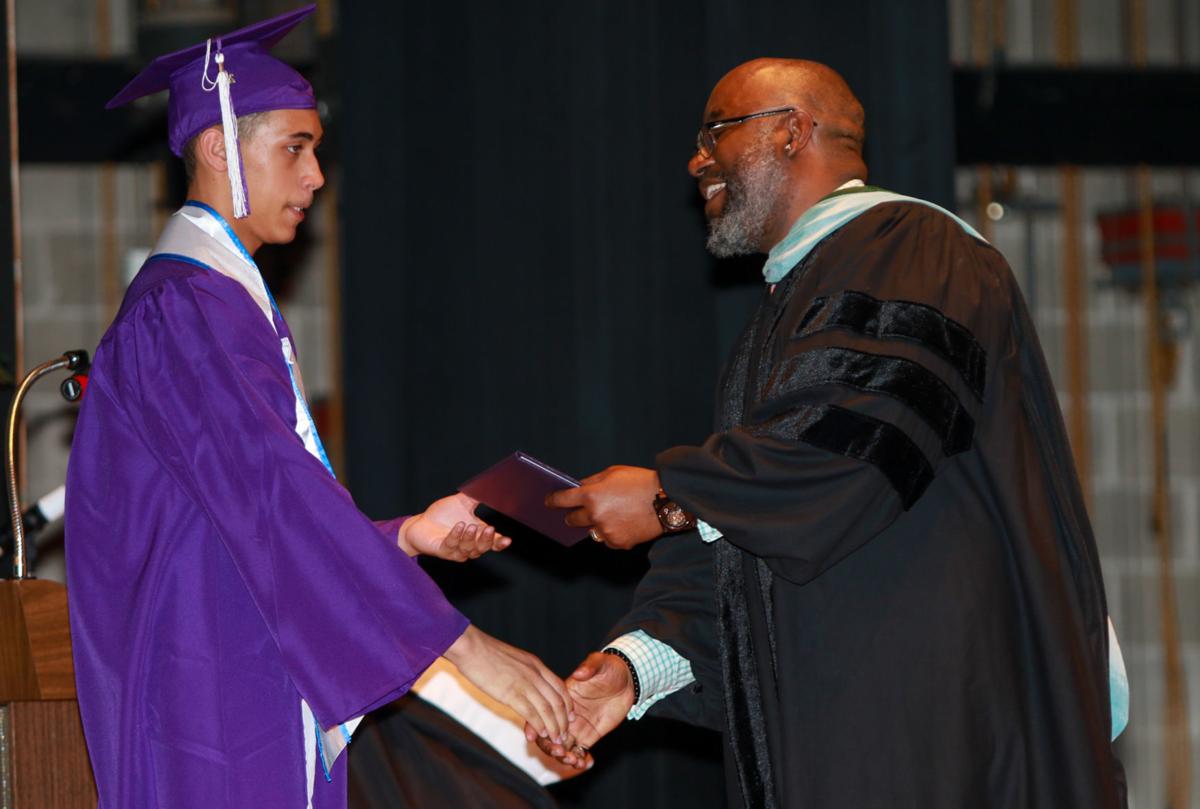 Stringer delivered his Tuesday night commencement at the Hammond Area Career Center as the first male African American valedictorian in the 100-year history of Hammond High School — a fact Stringer said led him to deliver a specific charge to his fellow Wildcats.

"The main focus is to let other black and brown boys know that they can succeed, too, and that sports is not the only way out," Stringer said. "Education is the most reliable way."

Stringer opened up in his speech about his personal upbringing — raised by his mother who was pregnant with her son as a senior at the same high school — and shared his gratitude for the positive influences of his stepfather and pastor as he grew to become a high-achieving student throughout his grade-school career.

Stringer — vice president of Hammond High's Class of 2019, student government and National Honor Society — is a lifelong Hammond resident and said he found family in his fellow Class of 2019.

Recalling community service projects and pep rally decorations, it's these bonding moments Stringer said he will miss most as he moves downstate to study finance at Indiana University Purdue University Indianapolis next year.

The valedictorian said he applied and was accepted to 13 colleges and received more than $400,000 in scholarships.

In her introduction of Stringer on Tuesday night, Assistant Principal Malline Morris said he quickly stood out at Hammond High as a freshman.

"Shaquille is confident, a natural leader, determined, driven, an overachiever and kind-hearted," Morris said. "IUPUI is a fortunate institution to inherit Shaquille Stringer."

Stringer's mother, Shakela Smith, said that from an early age her son has always been a great learner and listener and that the response from the community to her son's achievements has been overwhelming.

The 17-year-old graduate said he spent about a month crafting his Tuesday address to the community and is still growing accustomed to the attention that being Hammond's first African American valedictorian brings.

"Freshman year I really didn't know anything about valedictorian or salutatorian," Stringer said. "I just always knew to work hard and get good grades and the rank just kind of came with it."

Stringer said though he's going away for college, he hopes to return to Hammond and give back through community scholarships and encouraged his classmates to do the same.

"I can't see myself becoming another negative statistic or falling down the wrong path," Stringer said. "From this, I was only encouraged to do better than I have seen and become somewhat successful hoping to come back and make an impact on others."