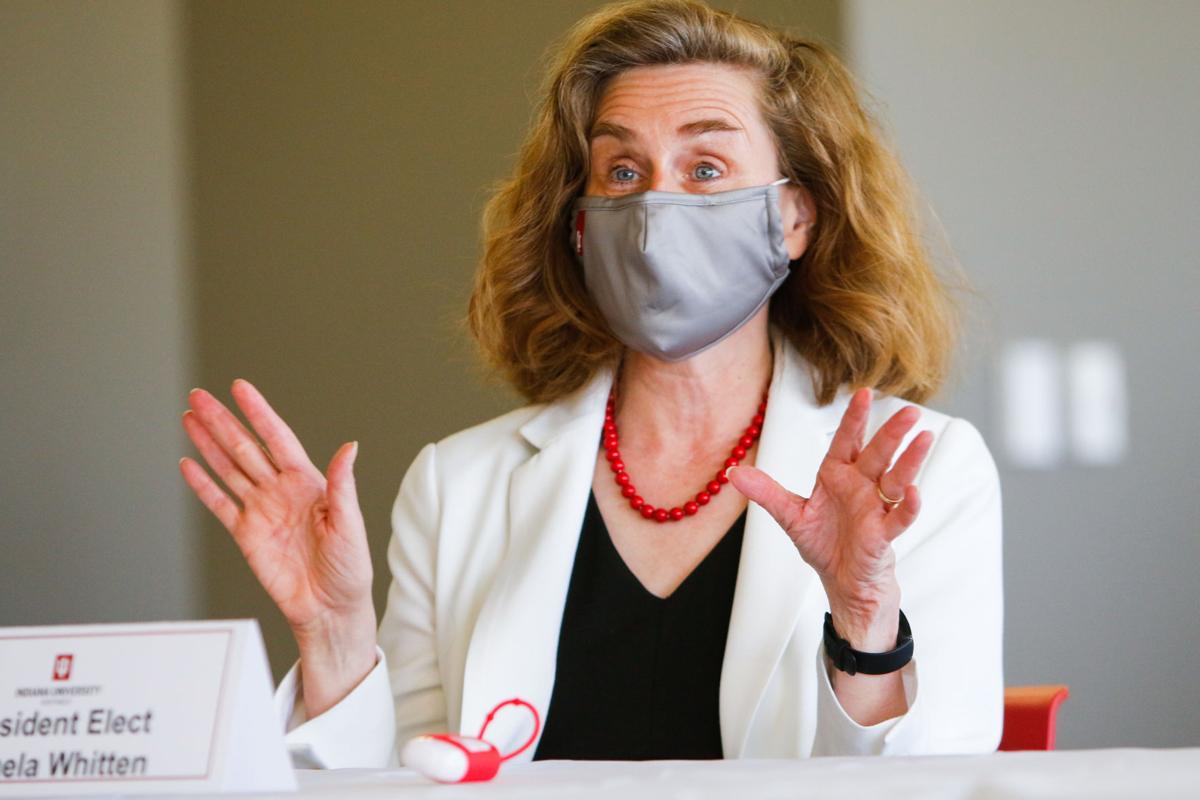 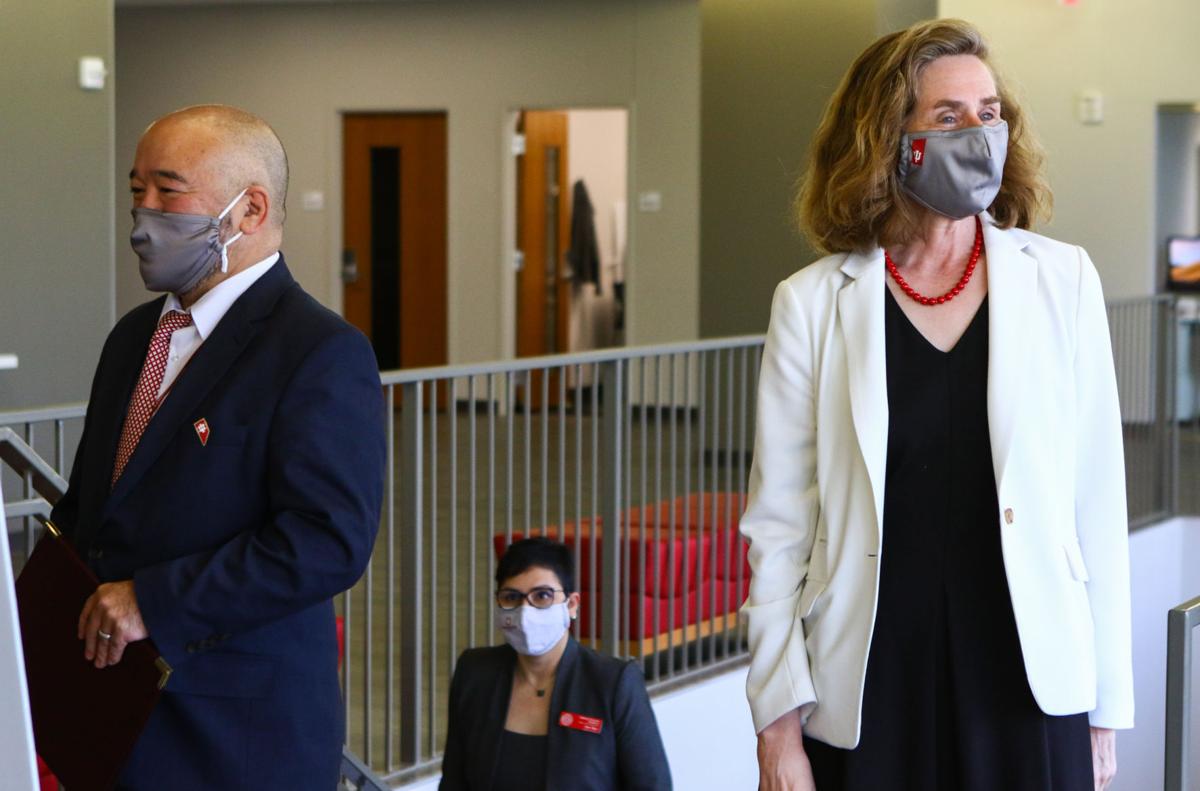 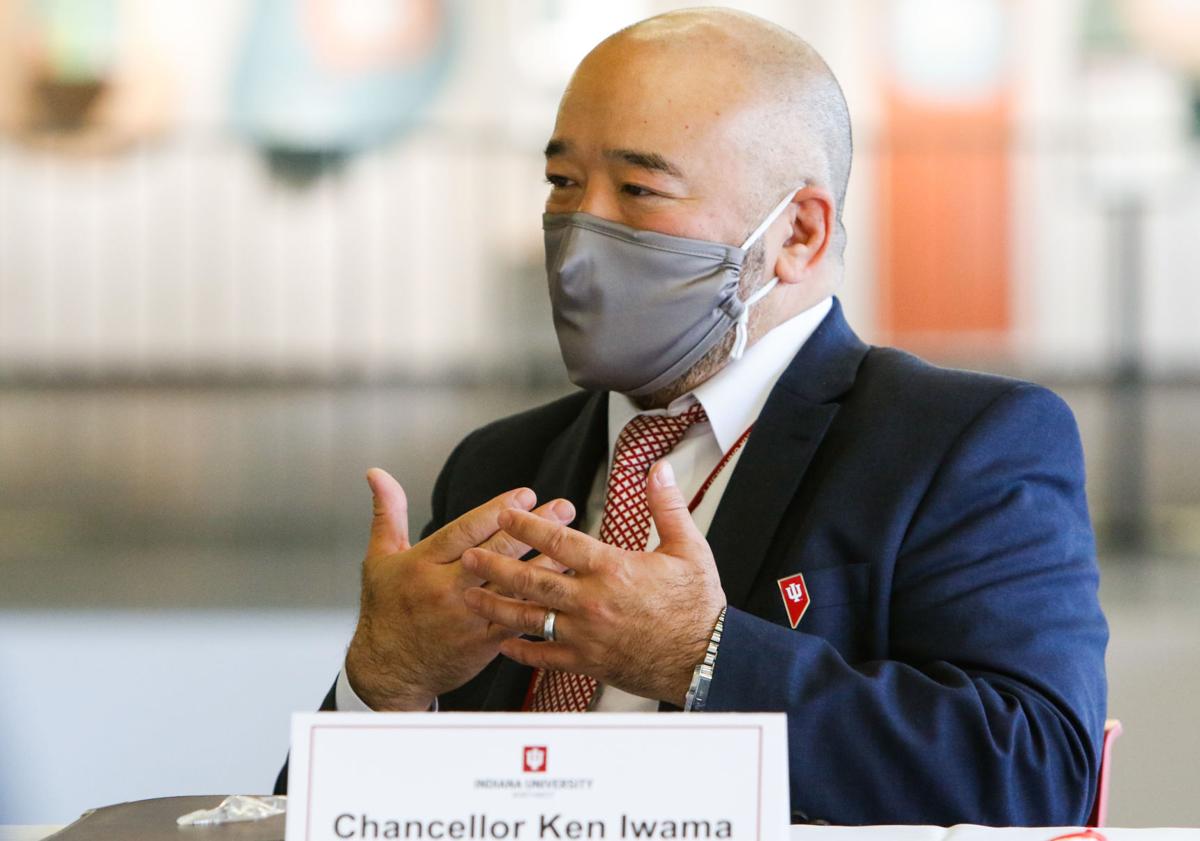 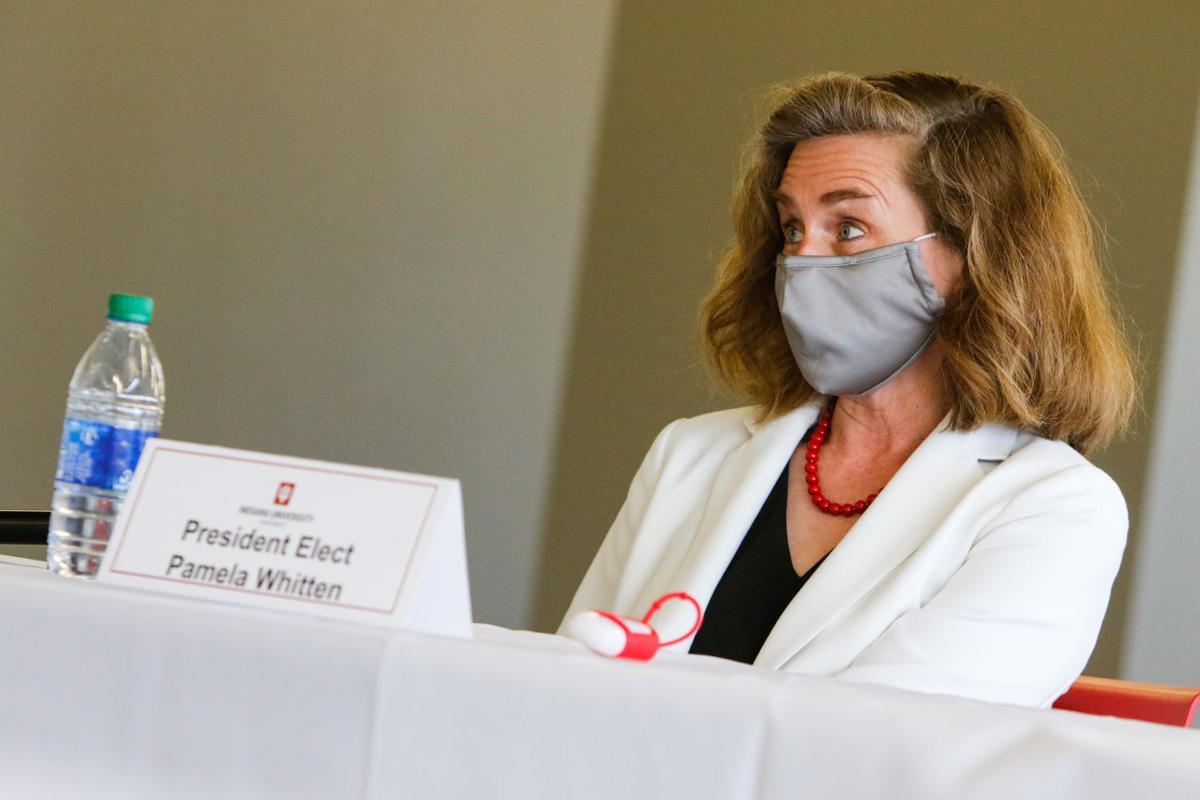 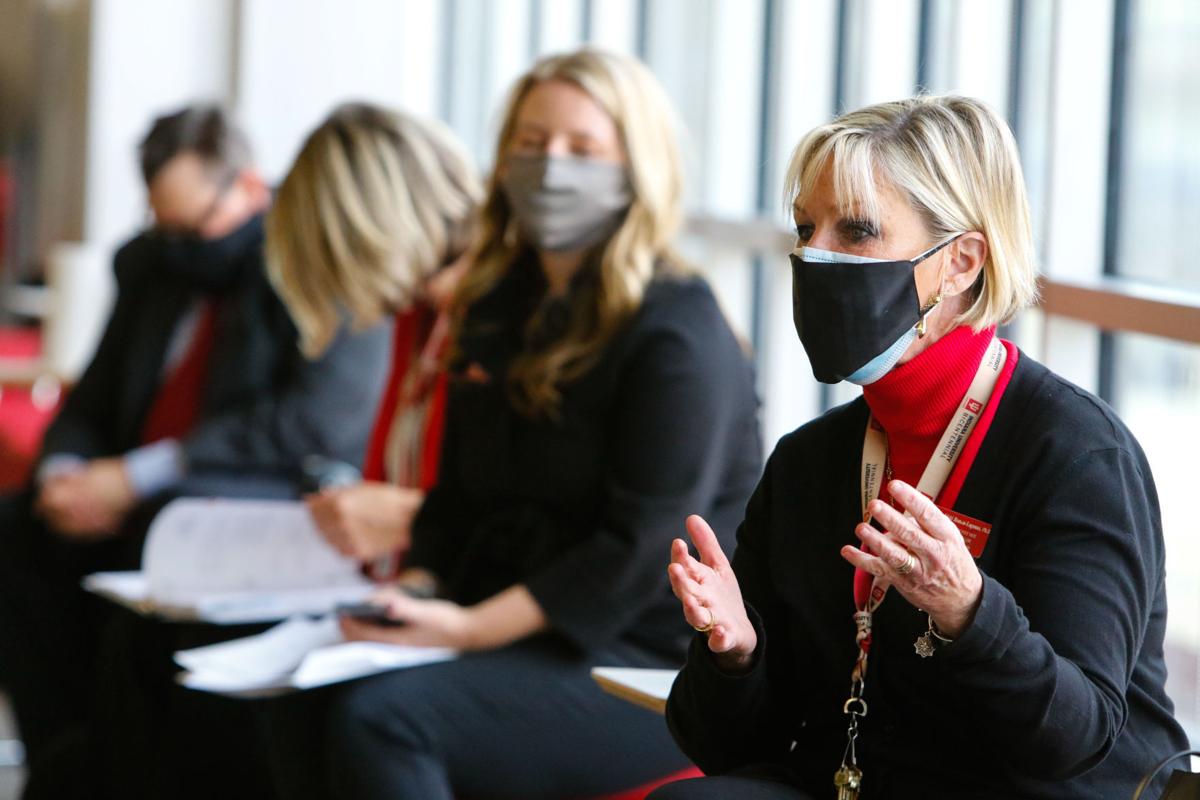 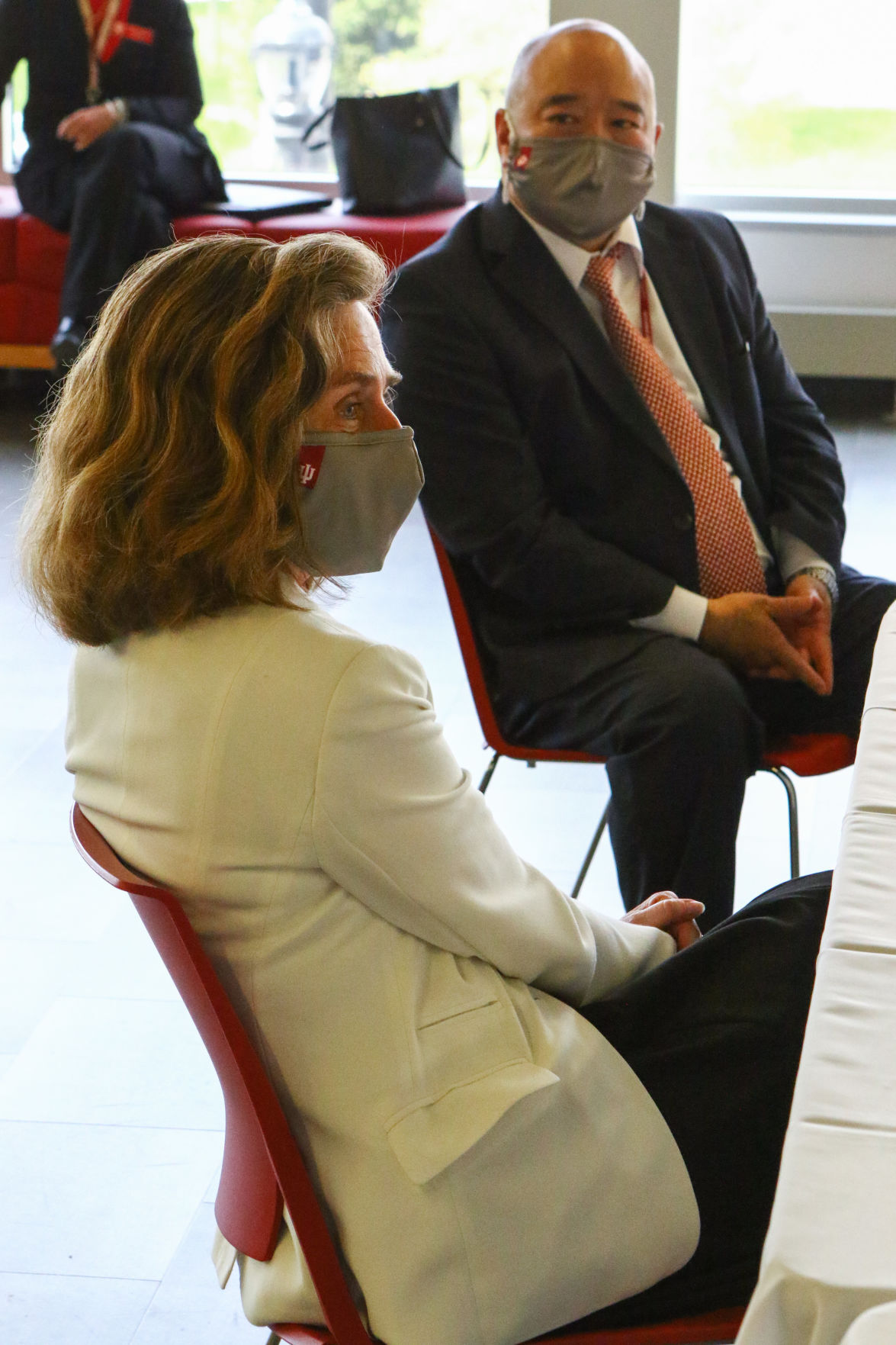 Indiana University President-elect Pamela Whitten, left,responds to media questions Monday while joined by IUN Chancellor Ken Iwama at the Arts and Sciences Building in Gary. The pair participated in a media roundtable. 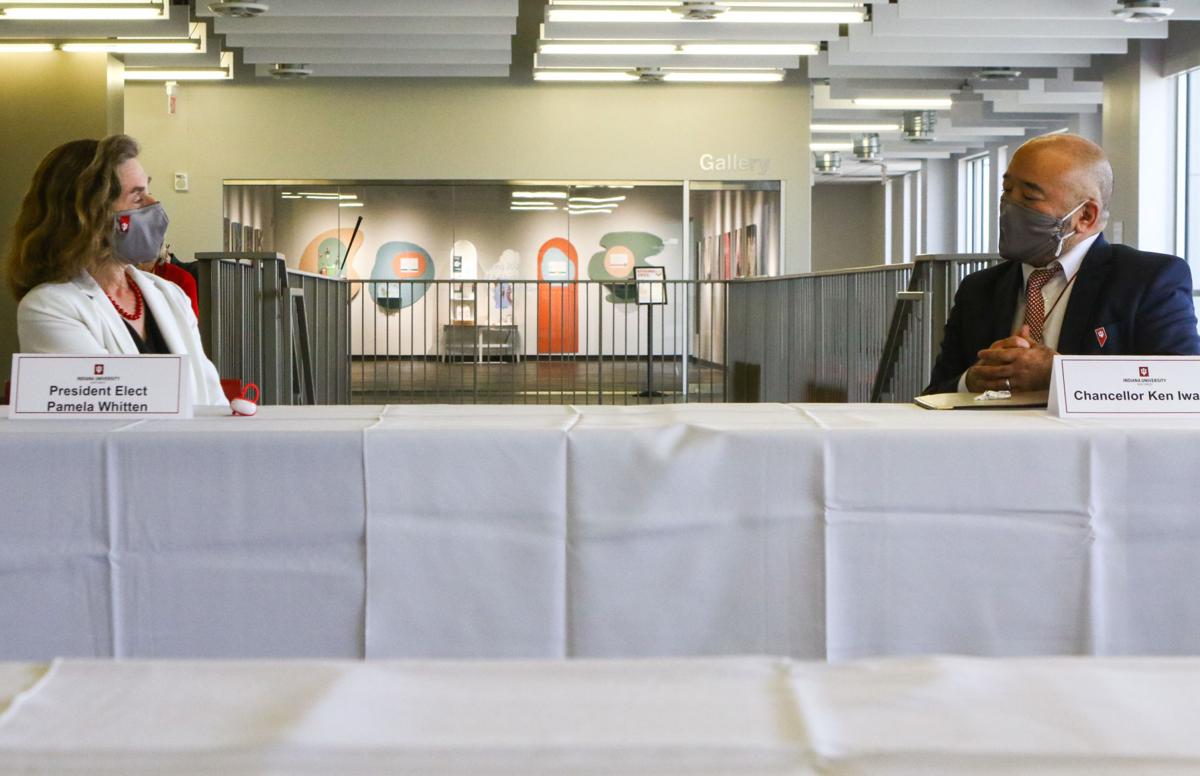 Trees are in bloom, and manicured lawns are green. Only the student body is missing.

IU recently announced its fall 2021 semester will be conducted in a nearly normal, in-person way.

Pamela Whitten, IU's first female president, will navigate this most unseasonable period in this regional campus’ 60-plus year history.

She spoke Monday at a media roundtable discussion at IUN's Arts and Sciences building's Resource Center.

Although she won’t be installed until later this summer, Whitten was in Gary on Monday to meet with students.

She said listening to them is an antidote for anyone depressed over current affairs.

“Our student leaders value their faculty, their small class sizes, and they love their university,” she said.

IUN Chancellor Ken Iwama, who arrived last August, said 80% of the school’s first-year and 70% of its second-year students will be returning.

“We are retaining students ... to completion on time,” Iwama said.

What they have to work on is reversing a decline in overall enrollment, which he said is being felt by schools across the country.

“We are working together with area high schools to get at the root of the problem, which is pandemic-related ... students delaying college," he said.

IUN had an enrollment of 3,747 students in 2018. It is the most diverse IU campus with about 48% of its enrollment made up of African-American, Hispanic, Asian and Native American students.

Whitten said she is surrounding herself with strong leaders, and identifying the school’s strong points and its needs.

*The Indiana University Board of Trustees named Whitten as IU’s 19th president earlier this month.

She said she is happy to be named the first female president.

“Coming out of college you didn’t see many women in these positions,” she said.

She has held a variety of administrative positions, beginning at Michigan State University and most recently as president of Kennesaw State University, northwest of Atlanta.

She made her name in leading the growth of research, expanding studies in high-demand markets such as cybersecurity, engineering, digital arts, computer science, data analytics and nursing.

*Editor's note: This story has been corrected from an earlier version. The Indiana University Board of Trustees named Pamela Whitten as IU's 19 president earlier this month.

How will Northwest Indiana colleges be impacted by Biden's proposal for free tuition?

Through the American Families Plan, the Biden administration plans to provide students throughout the U.S. with two free years of community college, a $109 billion investment over 10 years.

Indiana University President-elect Pamela Whitten, left,responds to media questions Monday while joined by IUN Chancellor Ken Iwama at the Arts and Sciences Building in Gary. The pair participated in a media roundtable.