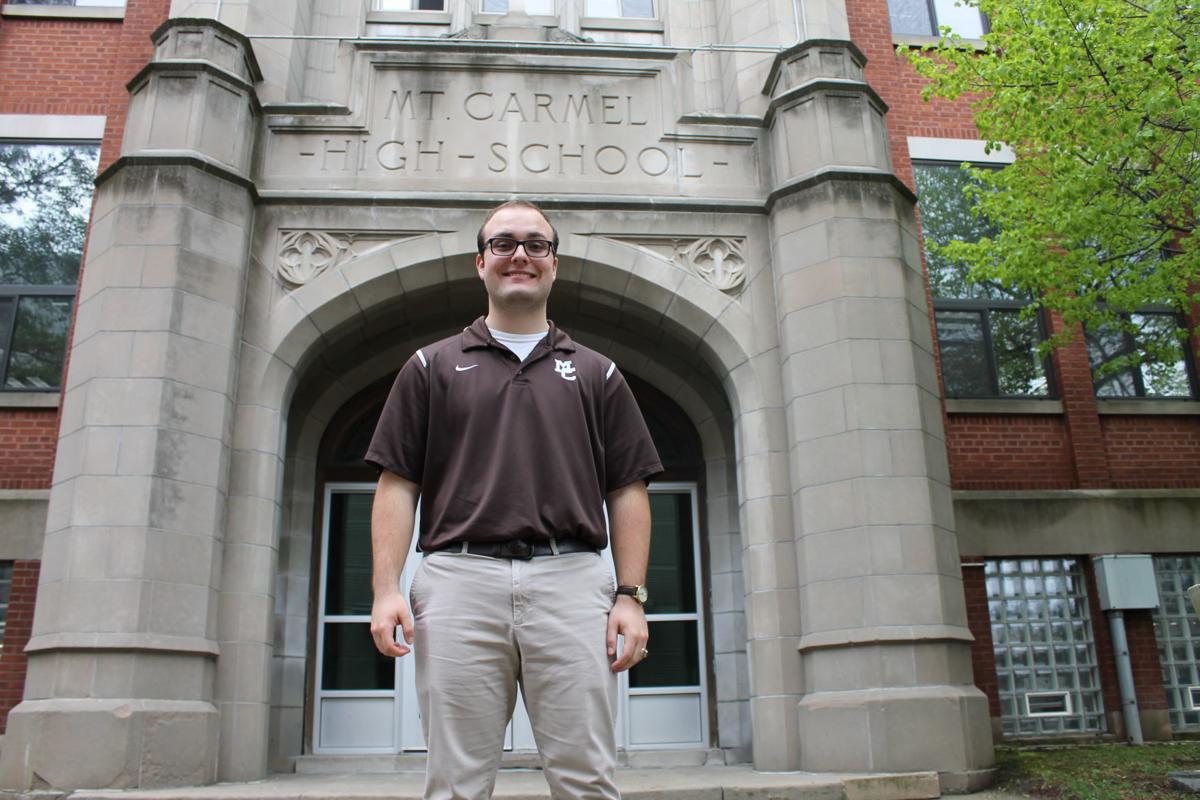 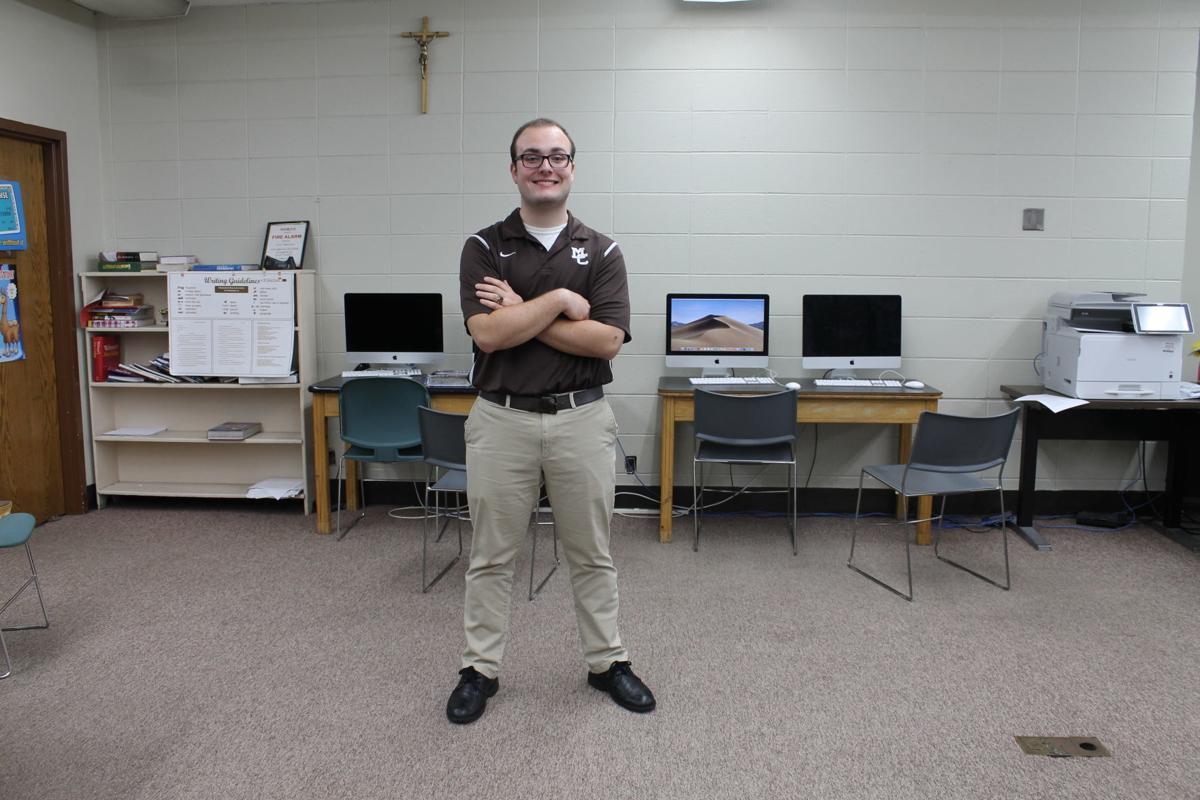 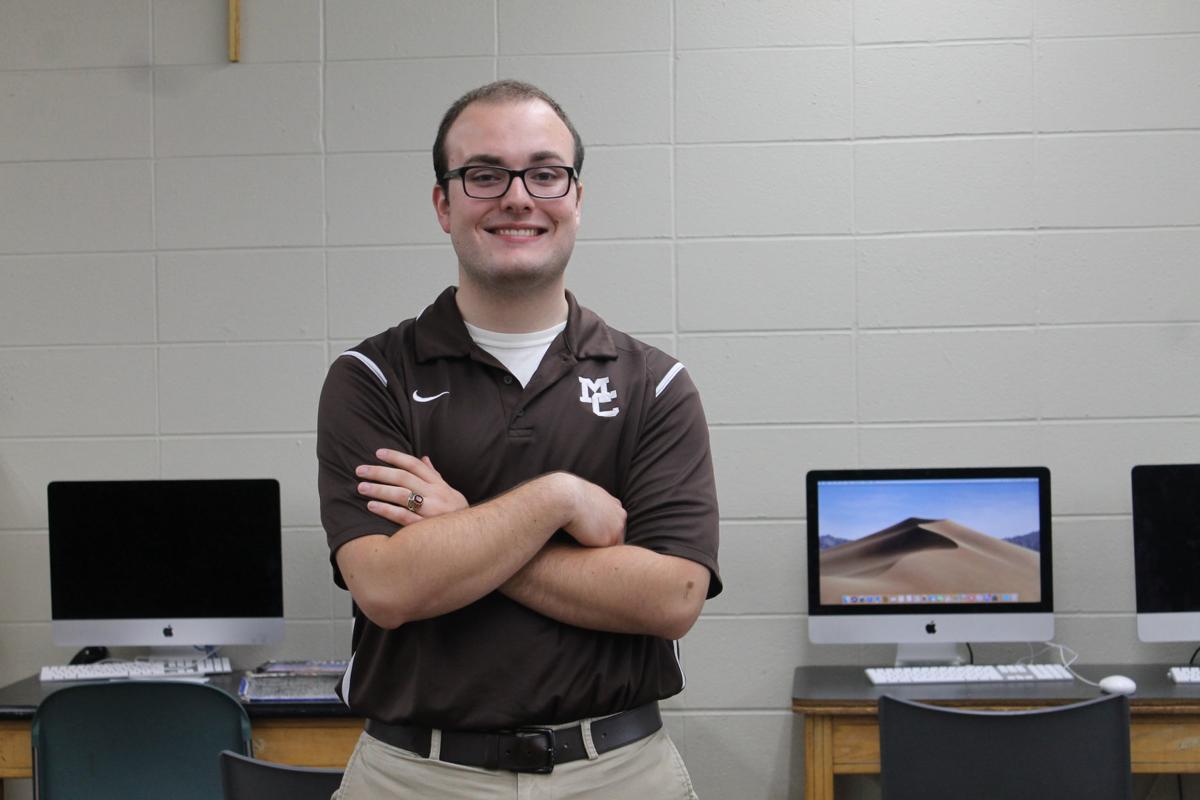 Mount Carmel High School junior Blake Lopez spends several hours a week learning and practicing Greek in this study room at school. The Crown Point native was one of six this year to earn a perfect score on the National Greek Exam.

Mount Carmel High School junior Blake Lopez spends several hours a week learning and practicing Greek in this study room at school. The Crown Point native was one of six this year to earn a perfect score on the National Greek Exam.

From a young age, he had developed an interest in languages.

Then, as a student at Mount Carmel High School, an all-boys Catholic school in Chicago’s Woodlawn neighborhood, he took his first class in Latin.

He was hooked — fascinated by the inner workings of languages, their histories and how they’ve developed over time.

“You can engage with 2,000 years of history straight up with a couple years of high school Latin, which I think is phenomenal,” Lopez said.

He came into Mount Carmel’s first-year honors Latin class with some prior knowledge; his dad spoke Latin. And he quickly expanded his learning outside of the classroom, joining the Mount Carmel Classics Club and the Mock Trial team.

Lopez excelled in his first two years of Latin classes offered at Mount Carmel, working both in and out of the classroom.

“Why wouldn’t I want to have more fun?” Lopez says of exercises other students see simply as required homework.

The junior has taken the National Latin Exam three years in a row, improving on his score each year from a silver medal as a sophomore to finishing just shy of a perfect score, missing just one of the exam’s 40 questions.

But, it’s not Lopez’s quick taking to Latin that’s earned him recognition in the Mount Carmel community.

This February, Lopez also took the National Greek Exam’s second-level Beginning Attic Greek exam, becoming one of six in the country to receive a perfect score.

Berry, who also teaches Lopez’s third year Latin class and leads the Mock Trial team, has a doctorate in classics with a specialization in ancient Greek.

After consideration and a warning from Berry — “It’s really hard, are you aware of how difficult it is? Are you sure you want to do this?” — Lopez and the teacher struck up an independent study partnership.

Lopez agreed to practice Greek reading, grammar and translation exercises out of a beginner’s level textbook in the school study center during his rotating A Period class. At the end of the week, Lopez would turn over his work for Berry’s grading.

It wasn’t long before he needed a new book.

“He’s excellent; he’s definitely at the level of when I taught at the University of Chicago many years ago,” Berry said. “Where he is now is where the best of those kids were.”

Speaking a language was only part of the allure. The 17-year-old studies texts and grammar during school. But in his free time, he expands into the history and evolution of language both in its spoken and written forms.

Lopez became engrossed with ancient literary texts and their translations. He quickly looked for new places to expand his knowledge, turning regularly to ancient texts and his own internet research. He recently, for class, completely a translation of a fifth-century Ambrosian hymn.

“It’s been very fulfilling to engage first hand with the history of my faith,” Lopez said.

Lopez said the his study of Greek and Latin has brought him strength in his Catholic faith through engaging in his own direct reading of religious texts whose translations have come to be debated in some academic and religious circles.

“While the first thing that might come to your mind when you think of ancient Greek might be Socrates, Plato and Aristotle, it’s also just as equally Matthew, Mark, Luke and John,” Lopez said. “Being able to read the New Testament in the original language has been incredible. It’s one of the most powerful experiences you can have.”

His ultimate goal is to expand on his love of academia and work toward the preservation of ancient languages like Greek or seldom-spoken Sumerian, a southern Mesopotamian language spoken during the third millennium B.C.

Lopez is keeping his options open as far as university prospects and fields of study. But he said he would like to continue working with classic texts through immersion and active language acquisition techniques.

“I would love to make an impact on the way Latin is learned in the classroom,” Lopez said. “I’m just a guy who’s into language.”

Perfect 36: This Michigan City teen not only tests well, she encourages others to perform their best

The 2018-19 school year may be over with, but we still want to honor your favorite Region teachers!

ST. JOHN — One St. John native asked people across the nation, “When was the last time you thanked a journalist?"