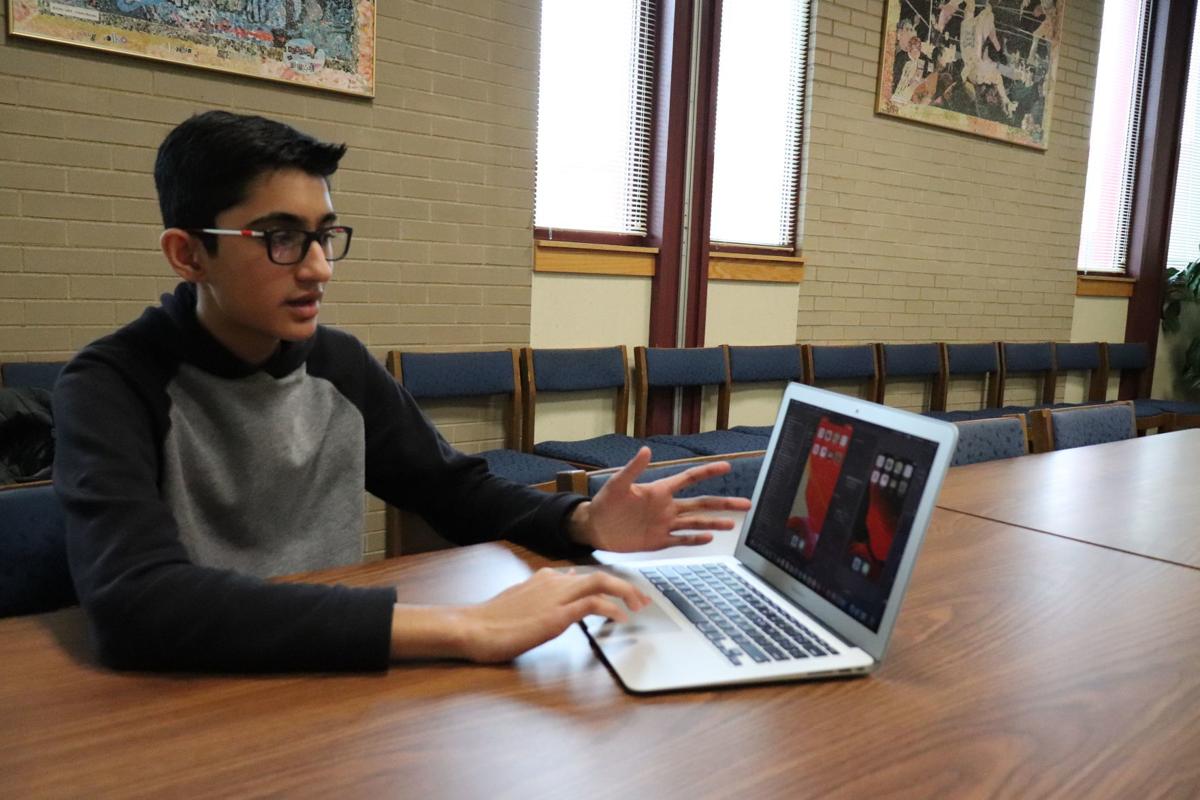 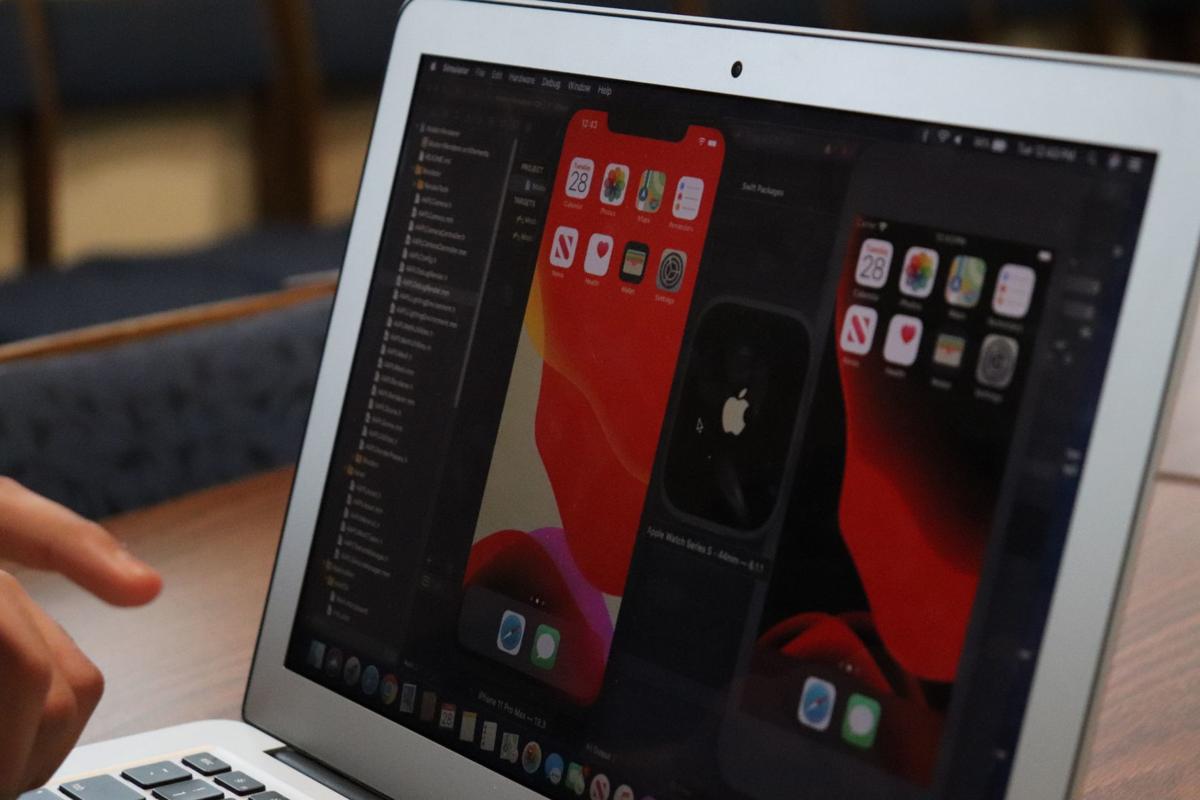 Munster High School freshman Neel Patel shows the program he used to develop an application for the Google Play Store that is being recognized by Google as 2019's best productivity app for disability in the United States.

MUNSTER — When 14-year-old Neel Patel’s grandmother Hemlata Patel took a fall at home about a year and a half ago she could have used an app like SOS Immediate.

The 79-year-old, who has partial paralysis on the left side of her body, was at home alone while Neel’s family was away at work and school when she fell reaching under her bed.

It wasn’t until Neel’s mom came home later that day that Hemlata received the help she needed, Neel said.

“You should create something that helps with elderly people,” Neel said his mom told him.

The experience served as inspiration for Neel’s first smartwatch application — a service created for the Google Play Store that draws upon existing Android technology detecting motion, heart rate and location services to quickly notify nearby emergency responders when a smartwatch wearer falls.

The application Neel named SOS Immediate has already earned recognition as the No. 1 app for medical emergencies by The First Responders of America and 2019’s best productivity app for disability in the United States by the Google Play Awards all before the app’s expected launch this spring.

Neel began working on the app in his own time outside of school in the beginning of his eighth-grade year.

In elementary school, Neel said he was known as the class tech genius. By sixth grade, he began to explore coding and develop a love for computers.

Growing up in a family of health professionals — his mom a phlebotomist and his older sister studying to become a dental hygienist — he said he’s always wanted to apply his aptitude for technology to practical purposes.

“Things you can use in your daily life ...” Neel said. “I want people to use my future apps on a daily basis for something, for productivity.”

Riding Shotgun with NWI Cops: On assignment in Griffith

He developed SOS Immediate using code from a similar Apple Watch feature not already in use for Android products.

Neel designed the application to check a smartwatch wearer’s gyro sensors and heart rate upon detection of a hard fall.

If the watch senses that lack of motion continues for longer than 10 seconds, the application uses location services to send a text message to nearby dispatchers with the smartwatch wearer’s location.

Now, Neel said, Google has plans to incorporate his application in its next operating system update this spring, bringing the app to every Android 11 equipped smartwatch worldwide.

In exchange for his development, Neel was offered his choice between two smartphones, a Google Pixel 4 XL or an Apple iPhone 11. He chose the iPhone.

“I’m a Mac user, I like Apple in general,” Neel said, despite his work developing an app for the Apple Store’s competition.

Neel, now a certified Associate Android Developer, said he hopes to keep up projects applying practical uses for technology. He’s currently working on a centralized storage server at home and hopes after high school to study technology at the University of Illinois or the University of Michigan.

“It just hit me hard that I've been attracted to computers for a long time now,” Neel said. “The computer field is very big right now and there’s so many opportunities to do things.”

These Neanderthal bones are thousands of years older than previously thought

These Neanderthal bones are thousands of years older than previously thought

Munster High School is one of a dozen entities receiving state funding for streamlined recycling services.

MUNSTER — Munster High School senior Annie Ostojic has been named a semifinalist for the 2020 class of the Coca-Cola Scholars Program.

Google Maps has restored Griffith High School back to its given name after screenshots of 'Rip Kobe' location search results spread on social media late Thursday.

We want to honor your favorite Region teachers! Access our Teacher Appreciation form and nominate an educator who excelled in the classroom.

Police are investigating the death of a 78-year-old man found Saturday in the Blue Chip Casino parking garage.

The following confirmed schools will be closed or delayed Thursday because of the weather. Check back with nwi.com for updates.

Munster High School freshman Neel Patel shows the program he used to develop an application for the Google Play Store that is being recognized by Google as 2019's best productivity app for disability in the United States.