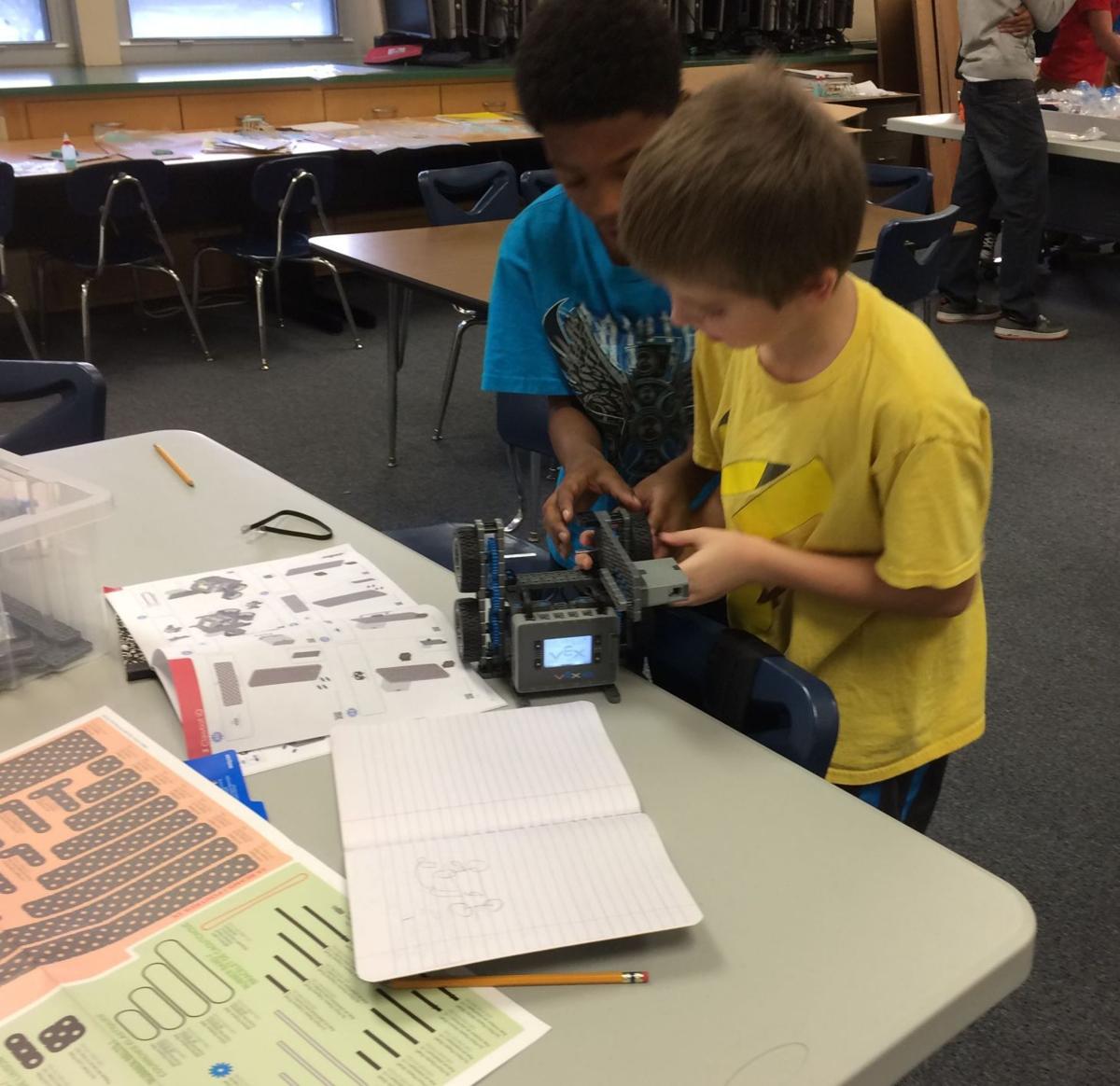 Aylesworth Elementary School students Xander Anderson, left, and Jaylen Dawson work on constructing a robot after school. The elementary students are being mentored by the Portage High School robotics team and will enter their creation in competition this year. 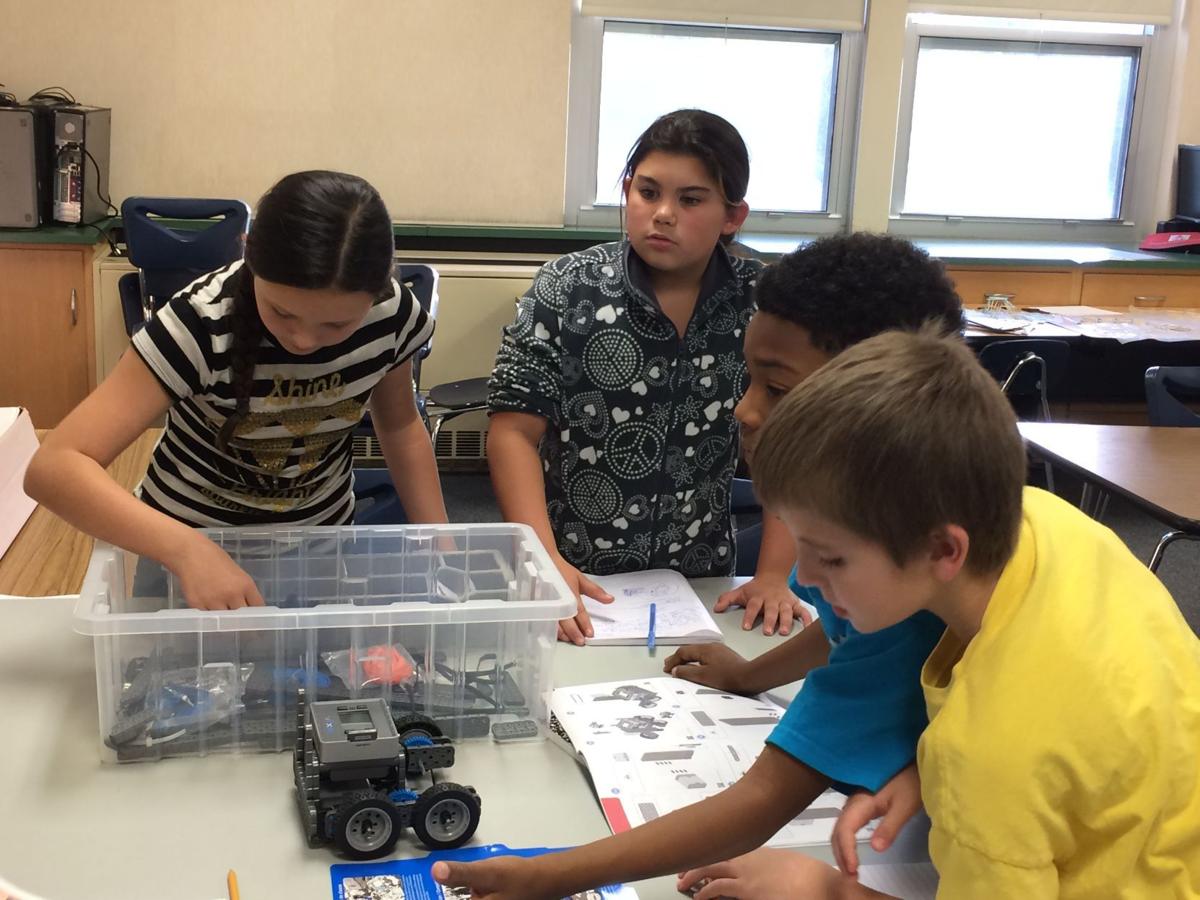 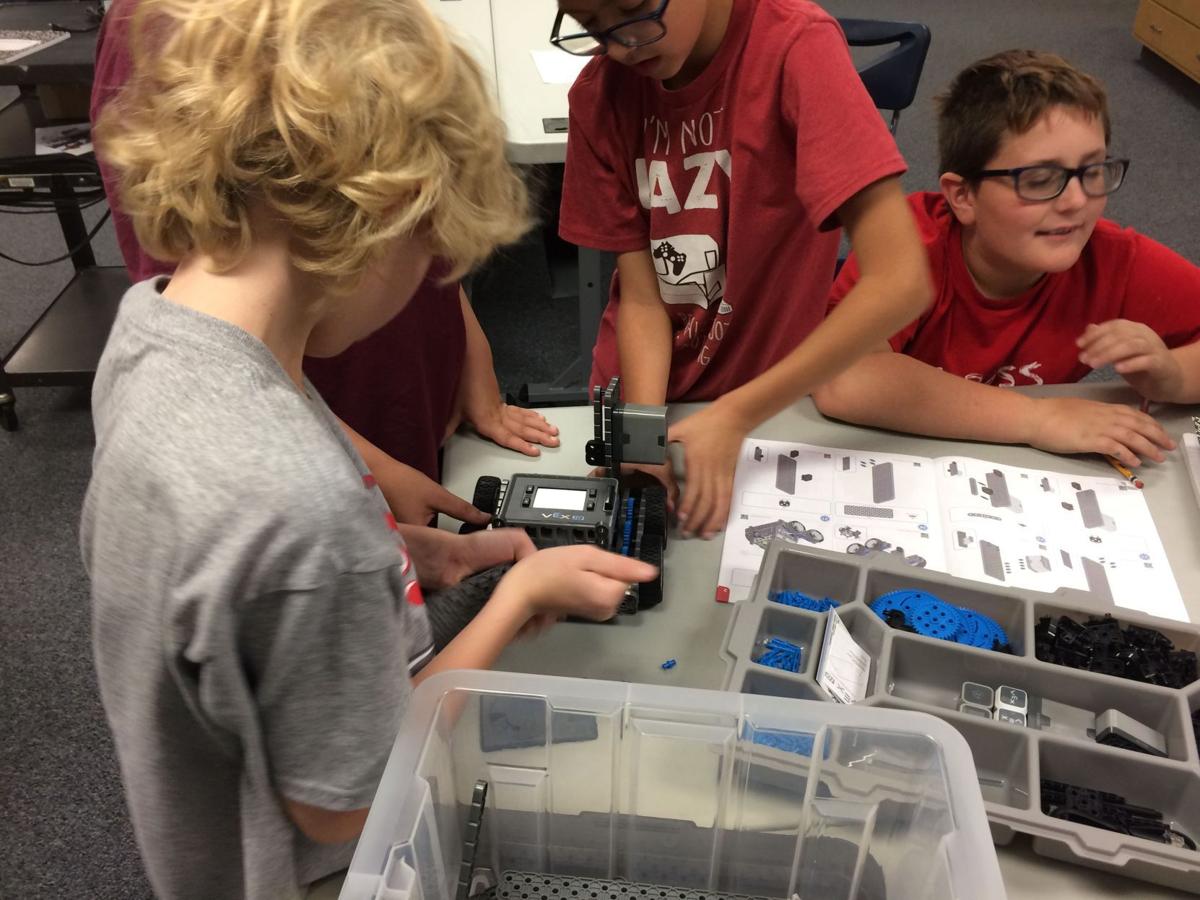 Students in the Aylesworth Elementary School Robotics Club work on one of their creations recently after school in Portage.

PORTAGE — Imagine a deluxe Lego or Erector Set, but with a programmable mind.

It’s not only making sure the right part A gets connected with part B, but also making sure, when linked, they communicate with each other to ultimately perform a task.

Banking on the success of regional high school and middle school robotics teams, two Portage elementary schools started new teams this year. Their goal is to build a robot to compete in local and regional robotic meets.

Students at Aylesworth and Crisman elementary schools are being mentored by students on the high school team.

“I wanted to test my smarts and see if I could make a robot that’s functional and could be controlled by a remote,” said Aylesworth student Ryan Aimutis.

“I never did this before and I wanted to see how smart I am,” added Kenyon Andrews.

Melissa Miles, a third-grade teacher at Aylesworth and co-sponsor of the team with Beth Hufford, said her daughter is on the high school team. After coming back from the world competition last year, they got the idea of applying for a grant through Vex Robotics. They received the grant and started the elementary teams.

“They are really working on problem-solving skills,” Miles said.

The task this year is for students to construct a robot that will pick up, move and stack hex balls on a designated field. The final task would be for the robot, and its competitor on the adjoining field, to climb on a bridge and reach balance.

“Since they’re in elementary school and getting into robotics now, they will be the future of the high school robotics team and I wanted to make sure they had help,” said Conner Edwards, a Portage High junior.

“Back when I was in elementary school, I did robotics and I was inspired. I though maybe I’d pass on my knowledge and inspiration,” said Kendric Horton, a senior.

PORTAGE — Each time teacher Beth Hufford released the pail of sand Tuesday, a collective sigh could be heard from members of the Aylesworth El…

Aylesworth Elementary School students Xander Anderson, left, and Jaylen Dawson work on constructing a robot after school. The elementary students are being mentored by the Portage High School robotics team and will enter their creation in competition this year.

Students in the Aylesworth Elementary School Robotics Club work on one of their creations recently after school in Portage.