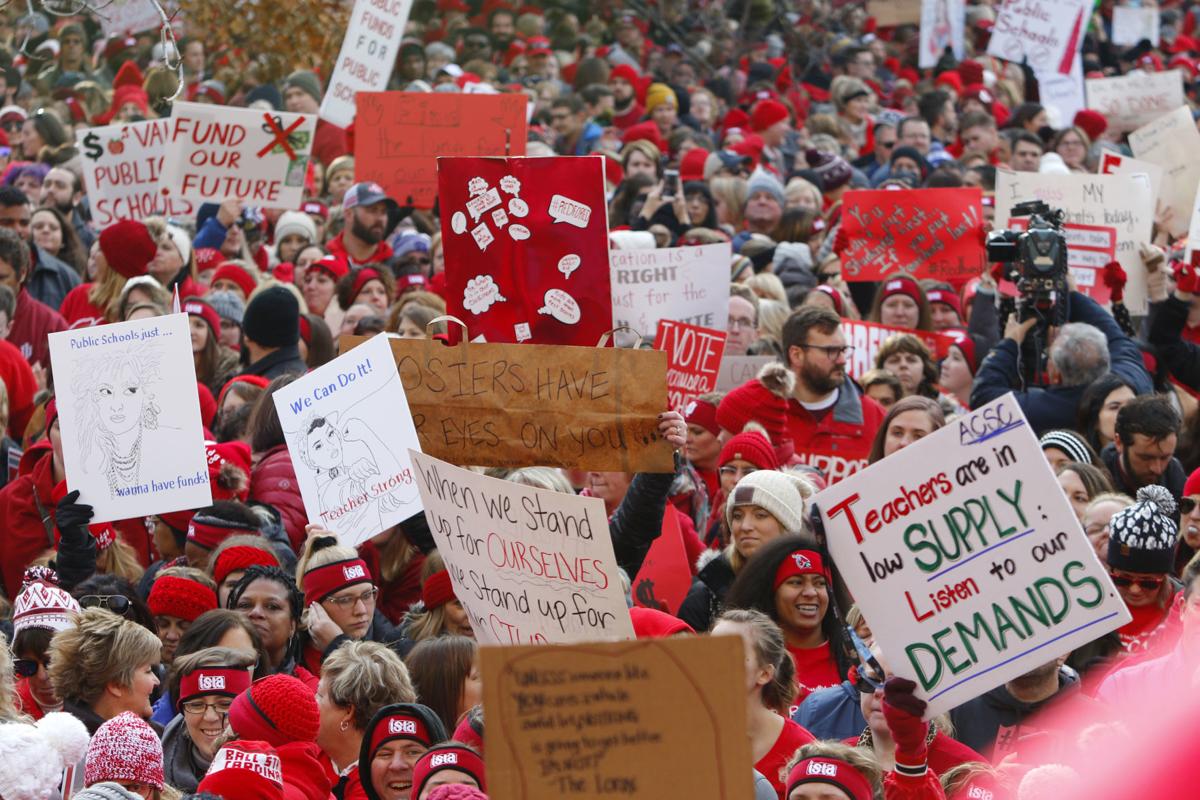 Demonstrators during a Statehouse rally that saw some 15,000 teachers call on lawmakers to fund pay raises on Tuesday, Nov. 19, 2019. 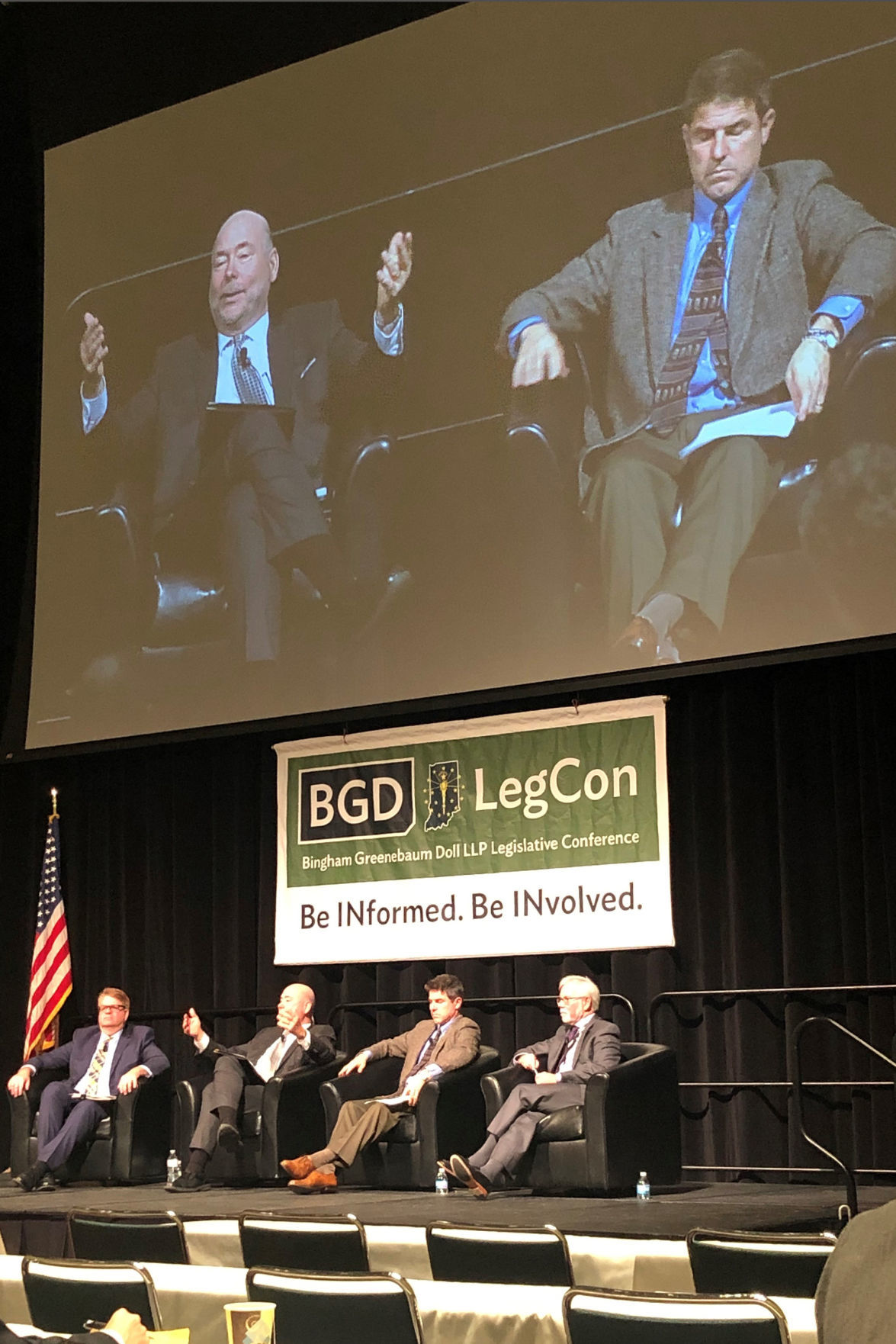 Demonstrators during a Statehouse rally that saw some 15,000 teachers call on lawmakers to fund pay raises on Tuesday, Nov. 19, 2019.

INDIANAPOLIS — Republicans who control the Indiana Statehouse aren’t showing any signs that a rally by several thousand teachers on its doorsteps two weeks ago has swayed them to boost education funding anytime soon.

Teacher unions and Democrats are calling for the Republican-dominated Legislature to direct some of an unexpected $400 million growth in the state’s cash reserves to schools rather than adopt GOP Gov. Eric Holcomb’s proposal for using much of that money to avoid borrowing to fund several planned construction projects.

Republican legislative leaders were steadfast Wednesday in opposing that push, arguing that it would commit the state to a higher level of school funding for future years.

“We cannot count on revenues always exceeding what the professionals prognosticate,” Republican House Speaker Brian Bosma said during the BGD Legislative Conference. “You just cannot count on that, because there are years when it has been woefully below expectations as well.”

Indiana State Teachers Association President Keith Gambill pointed out that the new state budget adopted in April gives 60 of Indiana’s nearly 300 school districts less money than before, with 96 districts seeing a boost of less than 2% from last year.

While those districts might have declining or slow-growing enrollment, Gambill maintained that other costs often don’t go down.

“We can’t change what Vectren is going to charge us for turning on the lights,” Gambill said. “When you begin looking at the dollars and cents, the only adjustability they have there then comes in the compensation to employees.”

Nearly 300 school districts closed across the state as their teachers attended the Nov. 19 rally, where they called for a school funding boost beyond the 2.5% increase included in the state budget in each of the next two years.

Holcomb and GOP legislative leaders touted the plan as making strides toward boosting pay. The governor said he is waiting for a commission he appointed in February to release recommendations after the 2020 legislative session on how to make long-term increases in teacher pay.

Education advocacy groups estimated this year that a 9% funding increase was needed to boost average teacher pay of about $50,000 a year to the midpoint of Indiana’s neighboring states, while GOP state schools Superintendent Jennifer McCormick cited a study showing Indiana as the state with the lowest teacher salary increases since 2002.

House Education Committee Chairman Bob Behning, an Indianapolis Republican, said the legislative session that begins in early January and concludes by mid-March isn't when lawmakers should be making big decisions on school funding.

“We’re not in a period of crisis in terms of finances and it would, I think, just be almost too difficult for us to get done in a such a short period of time,” Behning said.