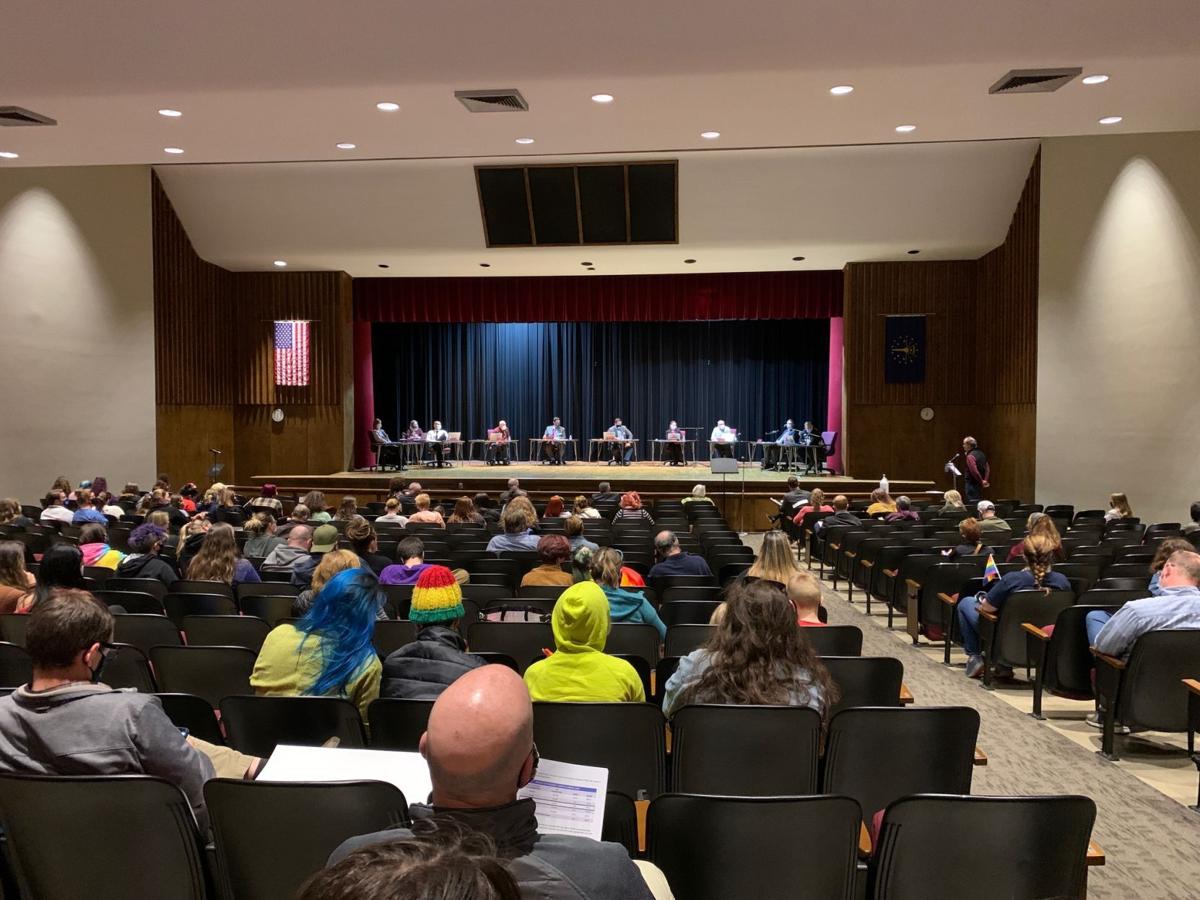 Residents attend a Duneland School Board meeting Monday night. Some offered input on the district's plans for $168 million in capital improvement projects, which the board voted to move forward with. 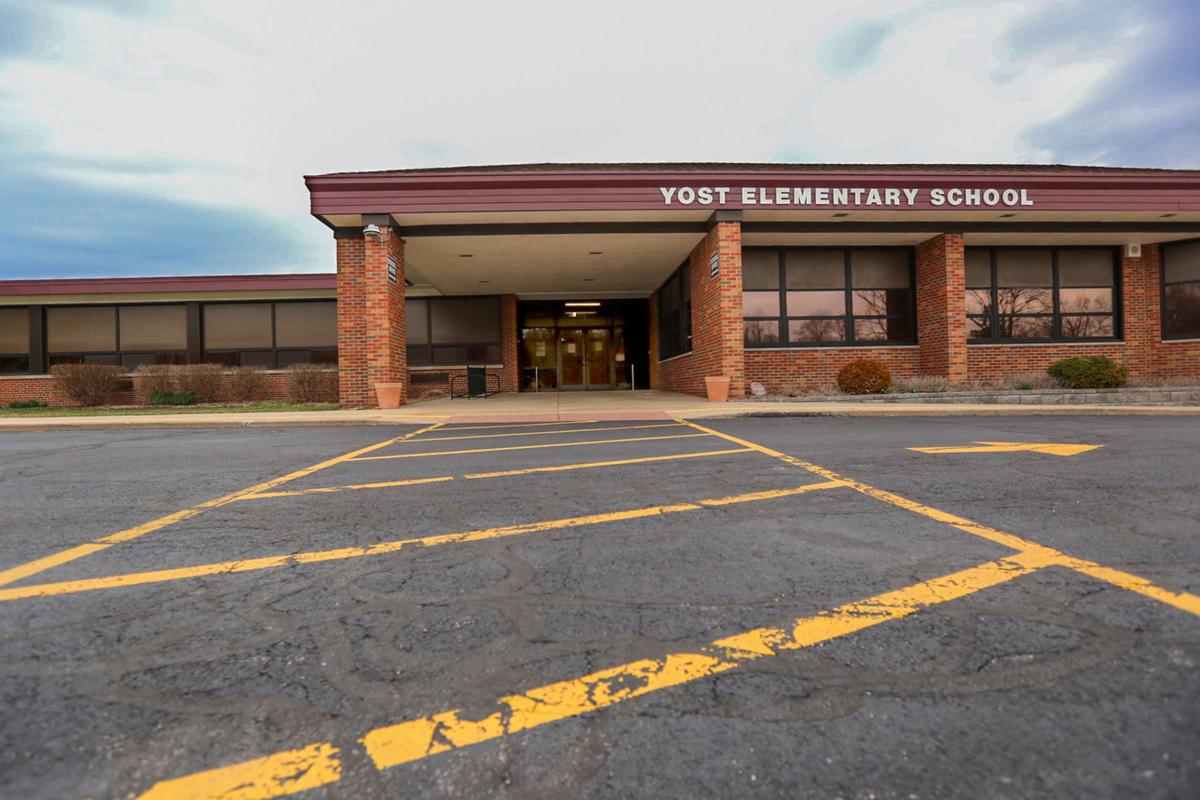 Renovations planned for five elementary schools in the Duneland School Corp. include Yost Elementary School, which the district wants to tear down and rebuild entirely. Residents who spoke at a public meeting Monday night largely favored the plan.

If the project were to go to a referendum, which some residents who spoke Monday night desired, the new debt incurred for the capital projects would be outside the tax caps, said Jane Herndon, a partner with Ice Miller, bond counsel for school districts in Indiana.

The Duneland School Board, which voted to move forward with the projects, has structured the debt in a way that people who already have hit tax caps of 1% of their home’s value won’t be affected unless their assessed value increases, she said.

James Ton, first principal of Chesterton Middle School, spoke in support of the board’s plan. It includes closing the middle school, where the meeting was held.

“The high school wouldn’t have moved out if it was a successful building in the first place,” Ton said. “No amount of paint could fix the heating, ventilating and air conditioning system here."

“I’m sure the schools need some money for upgrading, but 168 million bucks is a lot of money,” he said. “In all fairness, we need to put this on a ballot.”

Resident Tracey Dibble urged the board to include teachers, especially those in grades 5-8, in the design process from the onset.

“I think it’s a minimal increase, and I wouldn’t want to slow us down,” she said.

Resident Joan Sosby, a former teacher, said it makes sense to launch the campaign to coincide with the bonds from Chesterton High School being paid off. That makes the debt not onerous, she said.

It also means other units of local government can’t absorb that debt capacity, resident Toni Downing said. “The way the Indiana tax code is written, you use it or you lose it,” she said.

When Chesterton High School was built, the school district communicated the project needs and details more effectively to the public, Sosby said.

Others echoed that observation.

Attendees at the public hearing were offered a handout with frequently asked questions about the project.

Improvements include building a new Yost Elementary School. Renovating the school would be 85% of the cost of a new building, Assistant Superintendent Robert McDermott said

The plan also calls for creating two middle schools that would incorporate grades 5-8, using the existing Liberty and Westchester intermediate schools. Those would become “a school within a school,” with students in grades 5 and 6 separated from those in grades 7 and 8, McDermott said.

Summing up renovations throughout the district, McDermott said the plan is to create equity across all schools.

The Duneland School Board passed a series of resolutions in support of borrowing for the school district in preparation for design work to begin in June and construction to begin next spring.

Scott Cherry of Skillman Corp. said construction is expected to wrap up in summer or fall 2024.

Here are the 5 most-read stories from the weekend.

Ford plans to temporarily shut down the Chicago Assembly Plant and lay off workers next week as a result of the global semiconductor shortage that's greatly disrupted the automotive industry.

The officers were outside of their squad cars while investigating the report when a vehicle side-swiped two of the Chesterton squad cars, police reported.

Workers have been filling orders remaining orders for bearings for Black Hawk helicopters and winding down operations at a factory long run by McGill Manufacturing, which was founded in Valparaiso 116 years ago and has been an institution ever since.

Residents attend a Duneland School Board meeting Monday night. Some offered input on the district's plans for $168 million in capital improvement projects, which the board voted to move forward with.

Renovations planned for five elementary schools in the Duneland School Corp. include Yost Elementary School, which the district wants to tear down and rebuild entirely. Residents who spoke at a public meeting Monday night largely favored the plan.