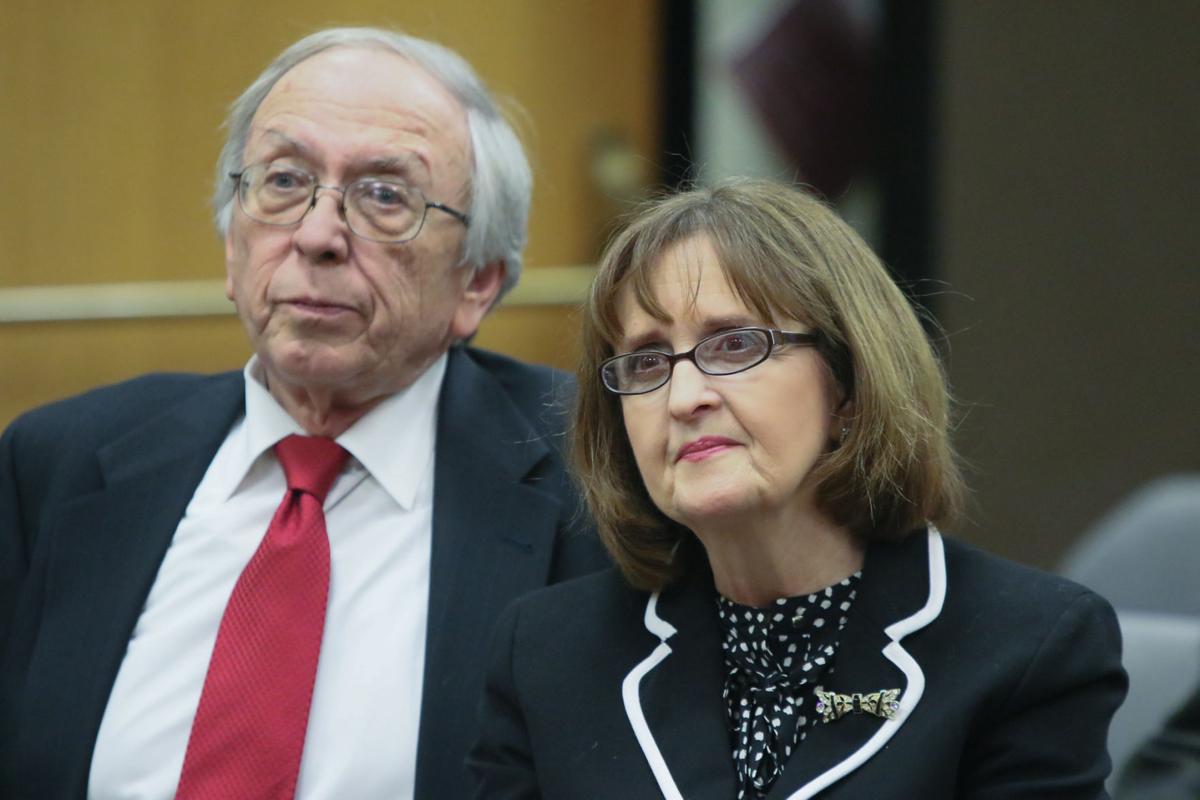 Anna Rominger, dean of the IUN business school, received the Sagamore of the Wabash Award on Thursday. She is joined by her husband, Joe Lisak at the school in Gary. 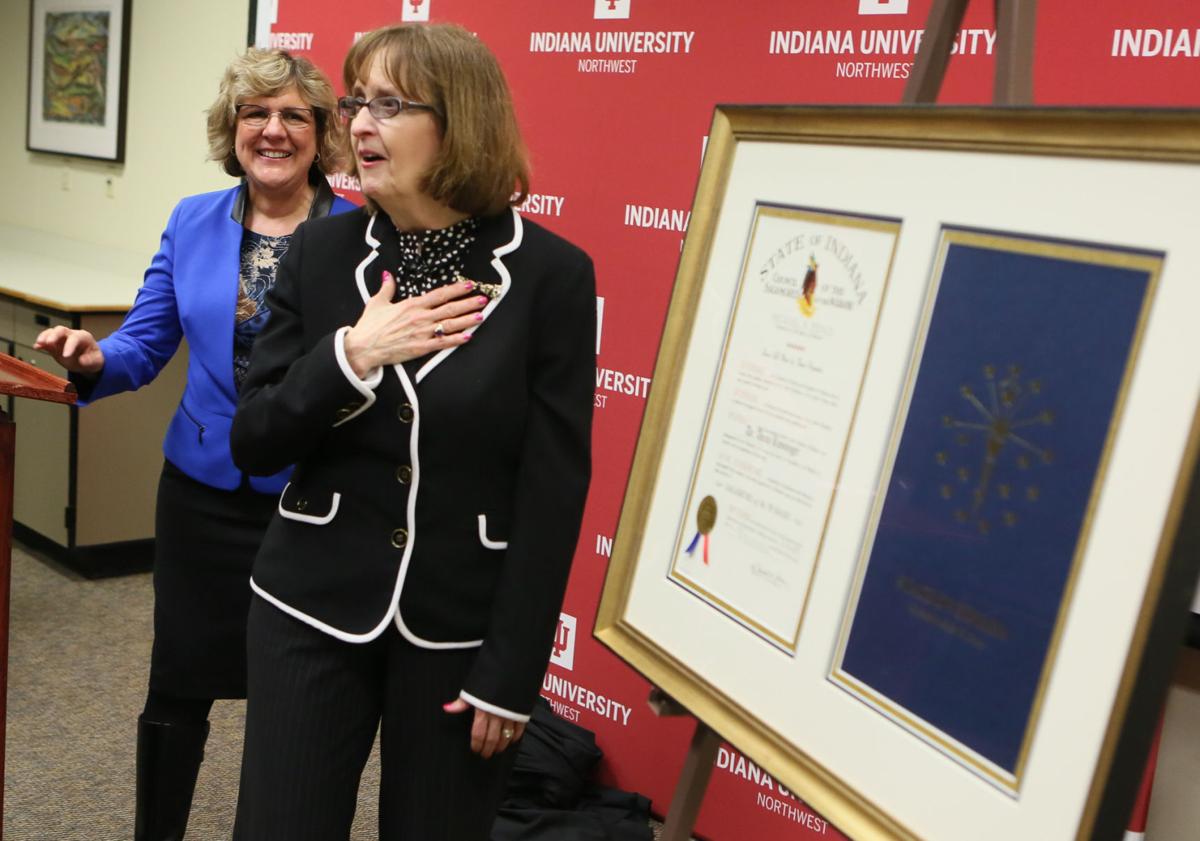 GARY — Anna Rominger, dean of the business school at Indiana University Northwest, on Thursday became one of the few women in Indiana to be named a Sagamore of the Wabash.

State Rep. Julie Olthoff, R-Crown Point, presented the award on behalf of Gov. Mike Pence. It was Olthoff’s first time to give out a Sagamore.

Rominger has a long list of achievements, including serving as dean of IUN’s School of Business and Economics for 16 years. Under her leadership, the school was awarded international accreditation by the Association to Advance Collegiate Schools of Business, a distinction only 5 percent of business schools worldwide have achieved.

She has been active in numerous community organizations, including the Shared Ethics Advisory Commission, the Indiana Ballet Theatre, the Lake County Advancement Committee and more.

“You practice yoga in the morning and ballroom dancing with Joe in the evening,” Mark McPhail, executive vice chancellor at IUN, told Rominger Thursday.

Rominger’s husband, Joe Lisak, had been planning the event since before Christmas.

Anna Rominger, dean of the IUN business school, received the Sagamore of the Wabash Award on Thursday. She is joined by her husband, Joe Lisak at the school in Gary.