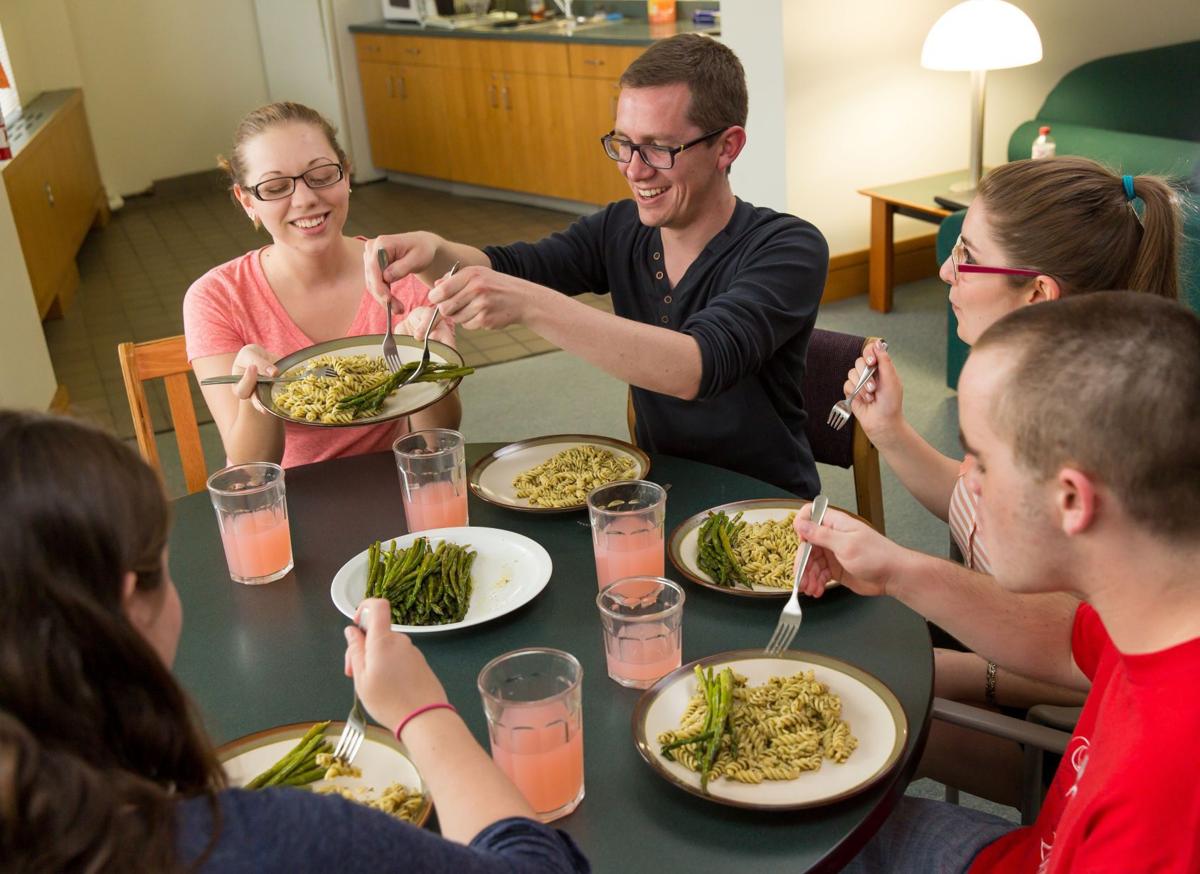 Some students studying French at Valparaiso University live in the French House. As part of the experience, they dine and converse in French. 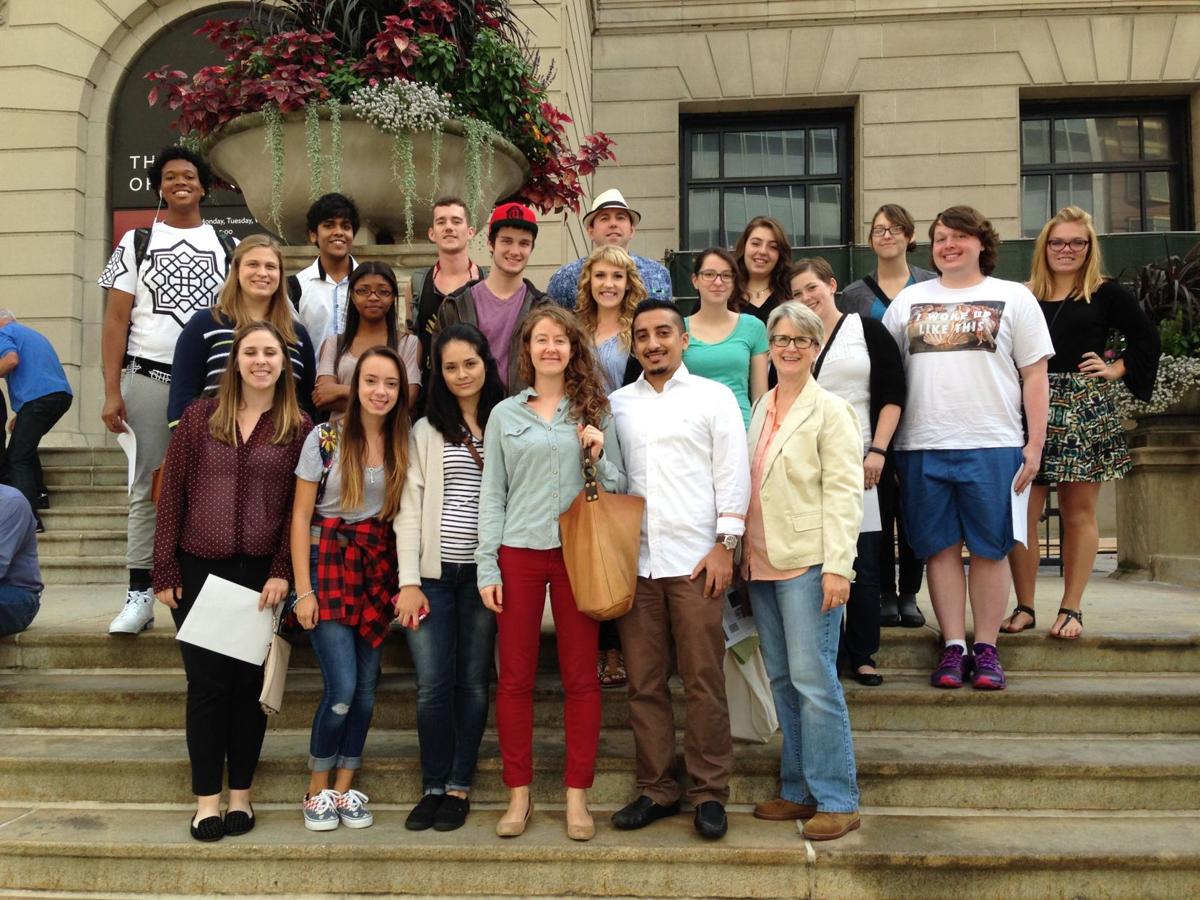 Valparaiso University French students and staff took a trip to the Art Institute in Chicago as part of the Esprit Français events. 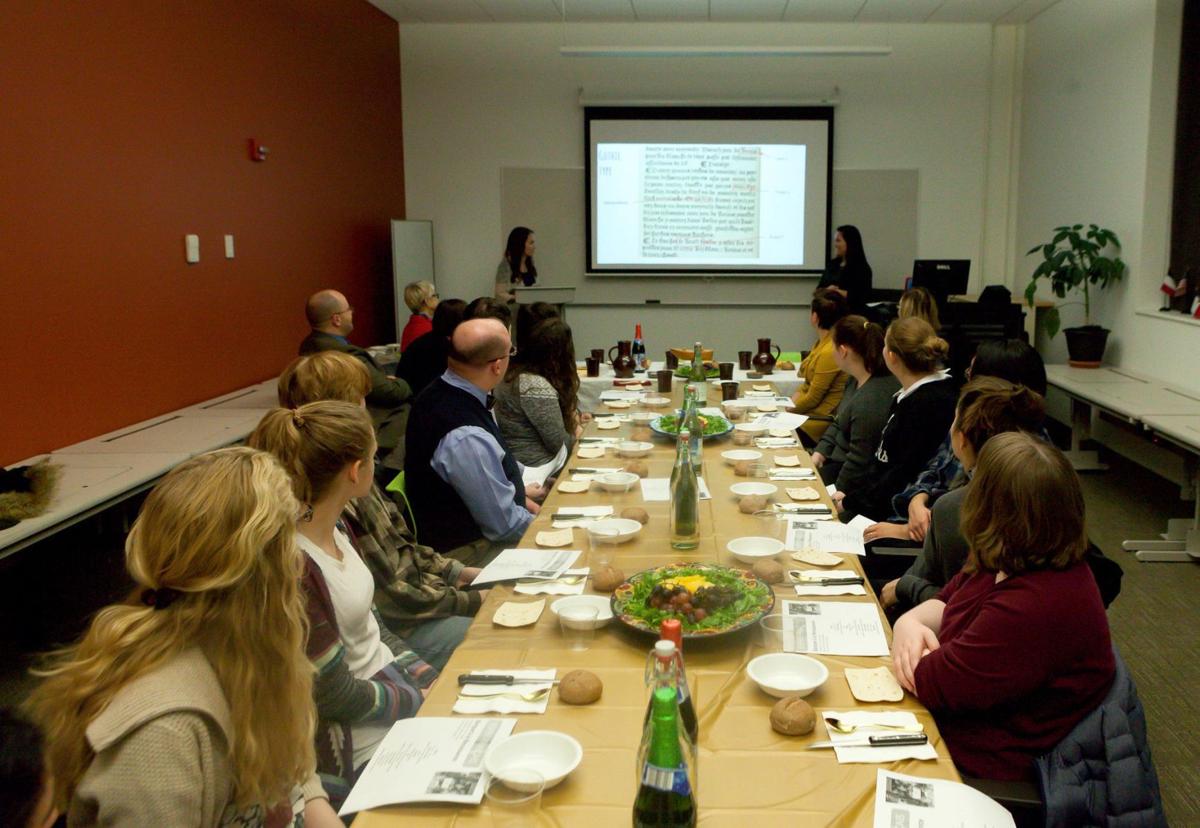 Valparaiso University French students and faculty enjoy a banquet following a project which translated a French cookbook into English. Students prepared dishes from the book.

For those non-French speaking readers, that's a "pat on the back" for the program that aims to fully immerse students in the French language and culture.

The American Association of Teachers of French Committee on Exemplary Programs recognized the French program as an "exemplary program with honors," one of 11 in the nation.

That doesn't come as a surprise to either Jennifer LeCaptain or Andrea Sanchez, the two French majors who graduated from Valparaiso on Sunday.

"The faculty actually cares about the progress you are making and have very high expectations," said Sanchez, whose second major was political science.

"The professors make it successful and it makes you invested that they genuinely care about you," said the Aurora, Illinois, native who plans on attending law school to eventually became an immigration attorney.

LeCaptain, who double majored in music, agreed, crediting the university's staff with not only caring about the students and their success, but providing a program that immerses French students into their studies.

Their senior seminar program involved translating a Renaissance French cookbook into English, digitizing it and then organizing a formal, four-course banquet based on the recipes.

"It was so neat. I think I got so much more out of it than a regular seminar," said LeCaptain.

The initiative was one recognized by the teachers association in granting the recognition.

Associate professor Timothy Tomasik said because the VU program is small — with two declared French majors graduating this year and eight incoming French majors in the fall — students get to work directly with degreed staff members, an advantage over a larger university. There were about 20 students participating in the French program this past school year.

Tomasik said he most often gets the question about why students are taking French.

"Our neighbors to the north are one of the biggest French-speaking countries," he said, adding that France itself is one of America's largest trade partners and there are many other places where people use French.

Studying French, he said, gives students an edge getting a job, whether it is in the U.S., for a company with international ties or abroad.

"We also build into our program several extracurricular activities," he said.

French students, either those majoring or minoring in the subject, have a chance to live in the French House, a designated area of a dormitory on campus. Living together, eating together, he said, gives them a chance to use the skills they are learning in the classroom.

They also have a Esprit Francais program, which encourages students to participate in two activities, from field trips to viewing films, each semester. They also form relationships with native French-speaking students studying on campus and have the opportunity to participate in five different exchange programs.

Both LeCaptain and Sanchez spent a semester in France, living with host families, taking classes and then interning for organizations.

They also collaborate with the Valparaiso International Engineering Program, allowing engineering majors to complement their studies with French courses, leading to a minor or major, living in the French House and then studying a year abroad in an engineering exchange partner institution in Compiègne in northern France.

Did you miss our latest Campus Spotlight story? This slideshow features all the stories that have run in the series for the 2016-2017 school y…

VALPARAISO — When it comes to protecting the environment, including water, land and air quality, area residents need to become more proactive.

VALPARAISO — Ken Hackett, who served as the 10th ambassador to the Vatican, will be Valparaiso University's commencement speaker next Sunday.

VALPARAISO — Sometimes getting started is the most difficult step.

Some students studying French at Valparaiso University live in the French House. As part of the experience, they dine and converse in French.

Valparaiso University French students and staff took a trip to the Art Institute in Chicago as part of the Esprit Français events.

Valparaiso University French students and faculty enjoy a banquet following a project which translated a French cookbook into English. Students prepared dishes from the book.