Subscribe
Read Today's E-Edition
Share This
'We're not sweeping things under the rug': Lake Ridge schools chief wants all information on fired teacher's aide out in the open
0 Comments
Share this
Carley Lanich

Days after the firing of Lake Ridge Middle School teacher's aide Aaron Saldana, the district's superintendent says she is doing everything she can to work with authorities to investigate the matter.

"This guy had access to children," Superintendent Sharon Johnson-Shirley said. "I want all of the information on this guy to come out."

Johnson-Shirley sought to dispel rumors that school administrators were not forthcoming with their knowledge of Saldana's alleged behavior with children.

Saldana was charged with possession of child pornography, voyeurism and obstruction of justice on Monday after videos were discovered in the former teacher's aide and photography club leader's home. The videos showed prepubescent boys using the restroom and shower.

Lake Ridge Schools fired the employee of eight years the day of his arrest after holding a press conference with the Lake County Sheriff's Department. Saldana pleaded not guilty to the charges on Wednesday.

Johnson-Shirley said local law enforcement searched the school on Wednesday and Thursday, and School Board President Glenn Johnson said Tuesday that Lake Ridge Schools would work to investigate any electronics used by Saldana for evidence to provide to local authorities.

Saldana had his own classroom space in the middle school, Johnson-Shirley said, where he worked with students on their photography. She said Saldana often was asked to photograph events in the district and worked closely with students across all buildings. He also was a coach and involved in after-care programs, the superintendent said.

Background checks did not forewarn of Saldana's behavior, Johnson-Shirley said. He had no prior felony or misdemeanor charges in his criminal history, according to court records, and Johnson-Shirley said inappropriate relationships with students had not been brought to her attention before this week.

"We're not sweeping things under the rug," Johnson-Shirley said.

"Within 72 hours, we had robocalls, we had a press conference, we brought in counselors. We did everything we could possibly do."

Lake County court records indicate Saldana carried out these crimes between July 2016 and Dec. 12, though Lake County Prosecutor Bernard Carter said Monday those dates are based on current information, which is limited. It is possible that timeline could expand once police analyze evidence and if more victims come forward, he said.

Lake Ridge parents took to social media this week to express their frustration. The superintendent said she and other teachers in the district are equally angry and traumatized by Saldana's arrest.

"Parents need to work with us and not against us," Johnson-Shirley said. "I agree it's a time to be angry. Children are the priority. We love our kids."

The superintendent said teachers in the district are receiving ongoing trauma sensitivity training and that a national expert happened to be in Lake Ridge Schools last week for that purpose.

Now, she said, additional support from Fair Haven, a Highland-based rape crisis center, will remain on hand for student counseling in addition to the school's regular services offered by Crown Counseling.

Johnson-Shirley said reports that neighbors had seen children outside Saldana's home in recent years are concerning and that anyone with information should contact authorities.

Anyone with information can contact the Lake County Sheriff's Department at 219-755-3346.

This week in local crime news: Hobart man tells state police to 'get a warrant,' so they did, charging 3 with drug possession, other crimes

An 88-year-old Palos Heights woman who has been missing since Thursday night has been found safe, according to a news release from Cook County…

Hammond man sentenced to 24 years on molestation charges, must pay $111k to victims

HAMMOND — A Lake County man was sentenced to three decades in prison for producing and possessing child pornography, in which he exploited a c…

CALUMET TWP. — Blue latex evidence gloves on Tuesday still lay strewn on the front porch and walkway of a Gary home — a residence on a dead-en…

UPDATE: Lake Ridge School Board fires teacher's aide after police say they found hundreds of sexually explicit photos of boys in his home

'One of the saddest situations': Lake Ridge School Board president speaks about arrest of former teacher's aide

He was charged after police found evidence that he'd been videotaping boys as they showered or used the restroom at his home, court records say.

Aaron Lopez Saldana had been in custody since 2018, after investigators learned he'd been videotaping boys at his home. 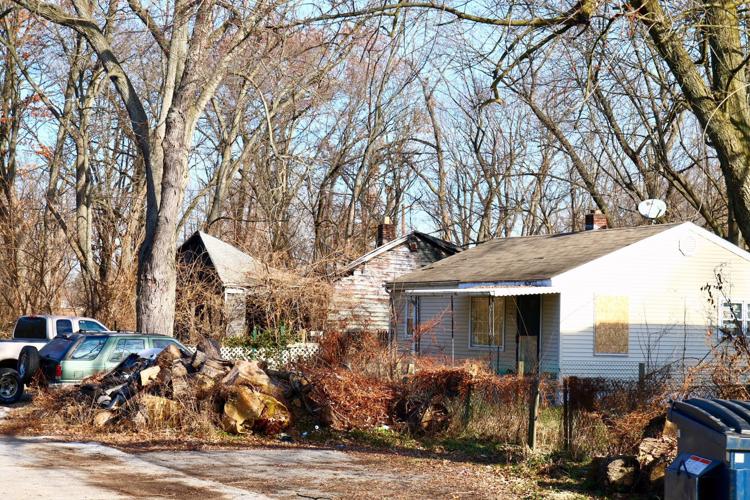 The home of Aaron Lopez Saldana, 47, located near the end of a dead-end road and partially surrounded by abandoned residences in Gary. Police said Monday, Dec. 17, 2018  they found hundreds of sexually explicit photos and videos of young boys, including in sexual positions, in the home. 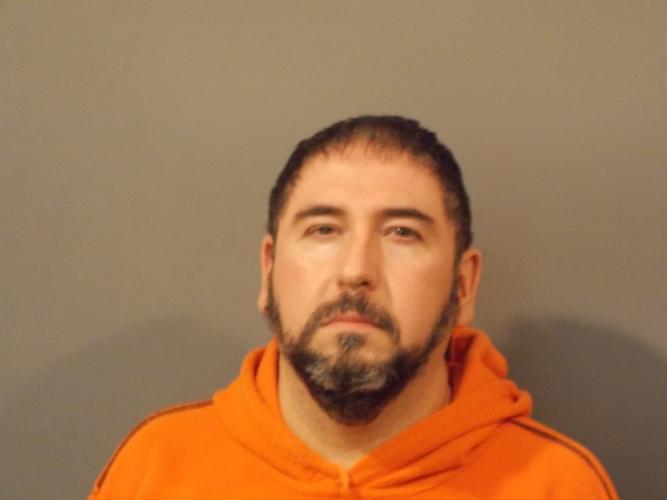