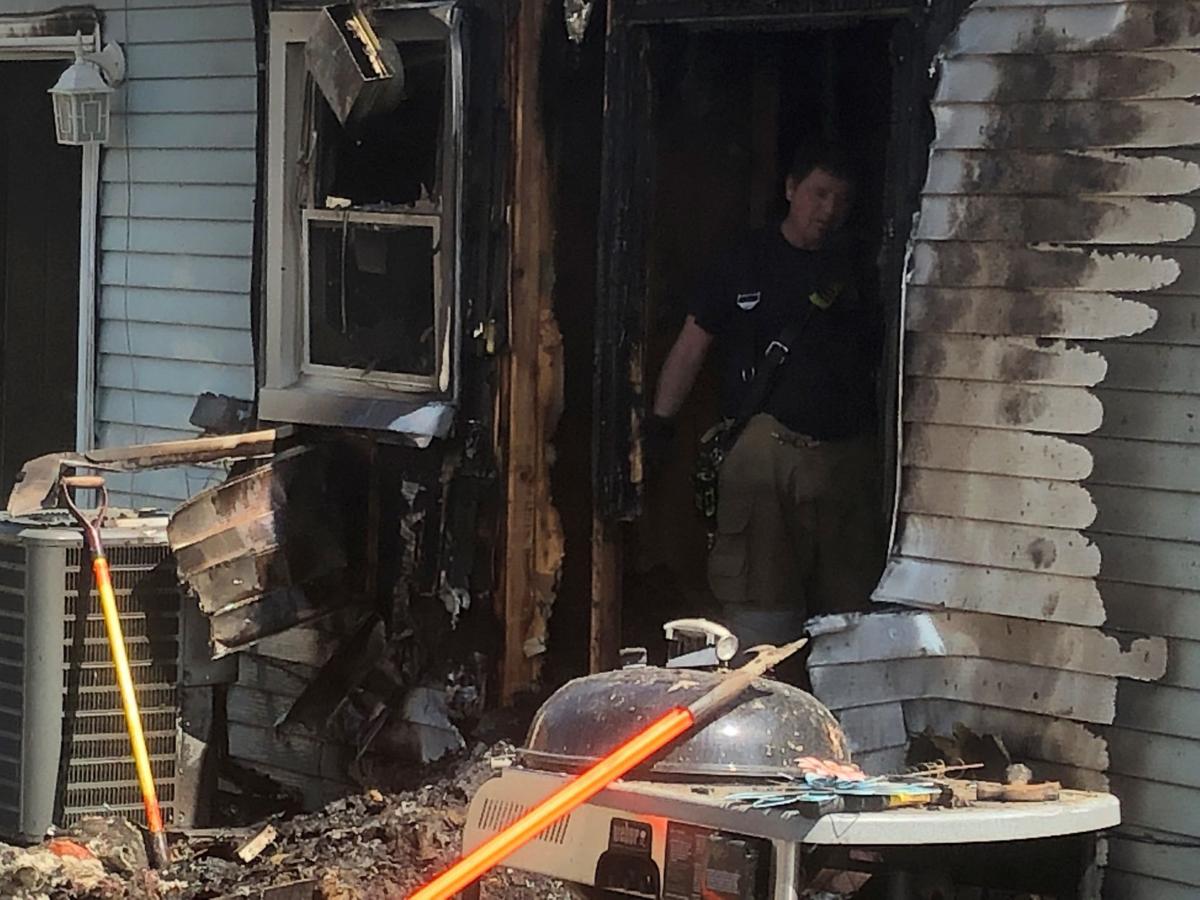 Firefighters inspect damage at a house fire in the 400 block of Chester Street in Valparaiso. 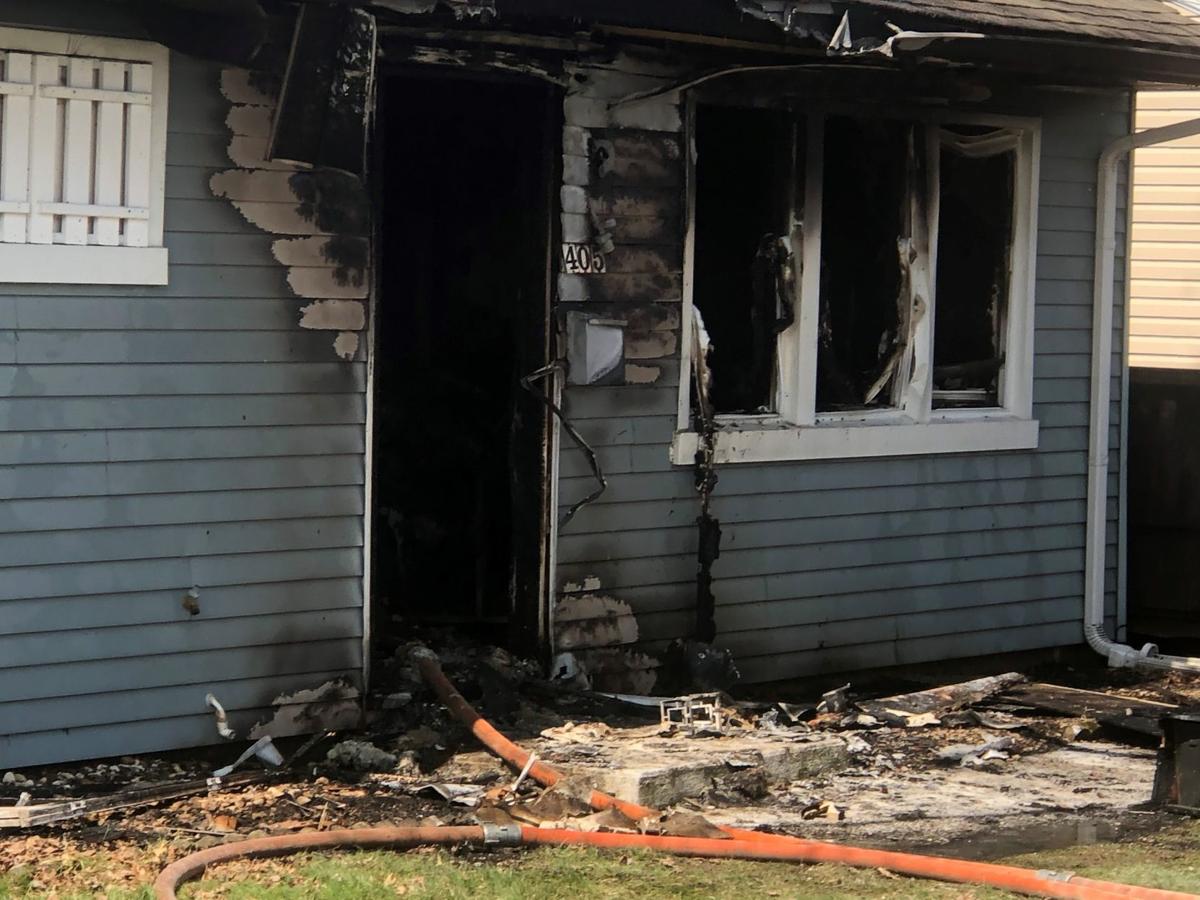 A family home was damaged after a fire spread from a rear bedroom in Valparaiso. 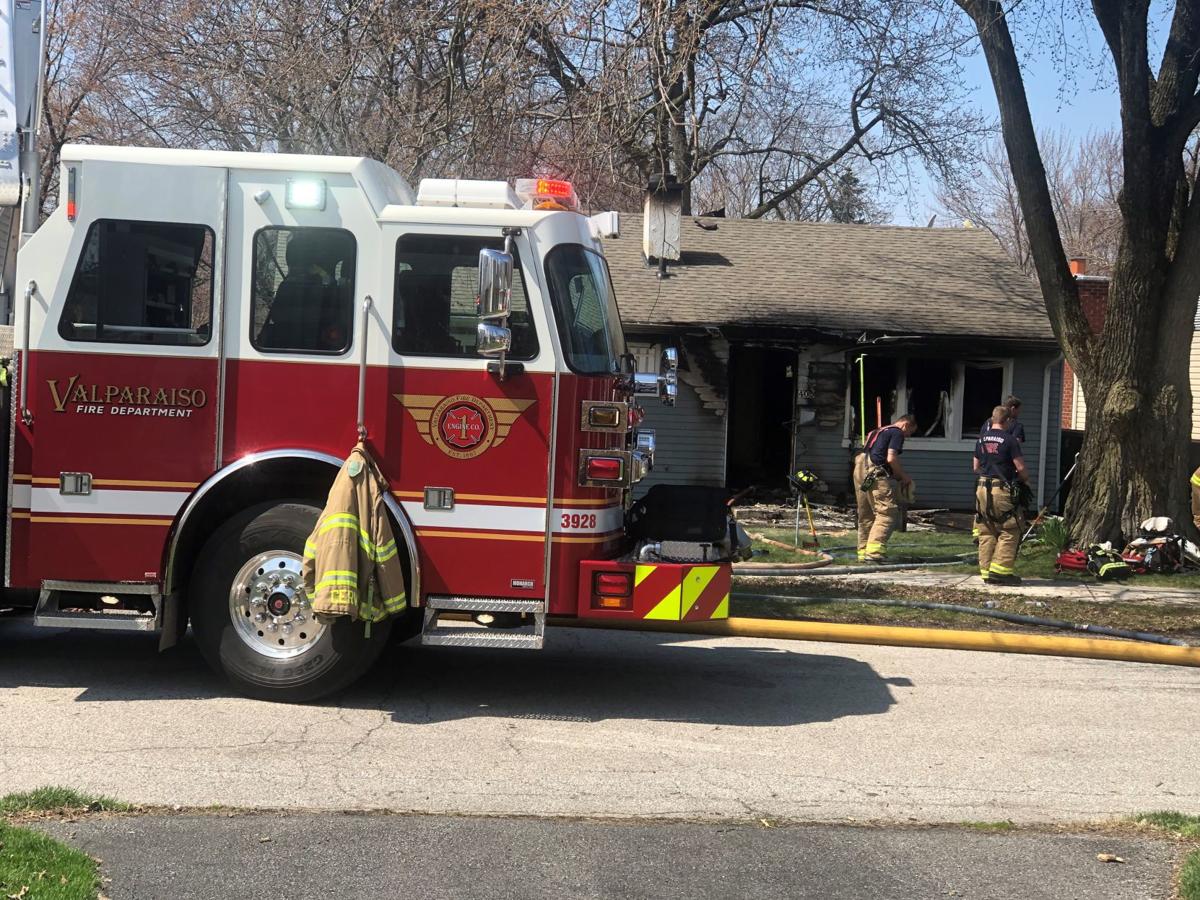 At 11:19 p.m. Friday firefighters were called to a house fire in the 400 block of Chester Street in Valparaiso.

VALPARAISO — A father and his three children all escaped a house fire that caused significant damage, firefighters said.

Crews responded to the fire about 11:15 a.m. Friday in the 400 block of Chester Street in Valparaiso, said Lt. Robert Schulte of the Valparaiso Fire Department.

Firefighters saw flames coming from the front door of a one-story house and they launched an aggressive fire attack, extinguishing the fire shortly before midnight.

The residents at home, a father and three children, got out of the house before firefighters arrived and no one suffered serious injuries, Schulte said. The family told firefighters the father smelled smoke while he was in his yard.

He discovered flames in a rear bedroom and tried to extinguish the fire with a garden hose through the window. However, the intense heat and flames were too strong and singed the man’s hair, firefighters said.

The man was evaluated by paramedics and was medically cleared on scene. The family also said their cat was missing after the fire and its whereabouts are currently unknown.

The fire department determined the blaze began in the rear bedroom, and the cause remains under investigation. Valparaiso Fire Department investigators said the flames grew intense so quickly from airflow from the open bedroom door, Schulte said.

Another bedroom nearby was found undamaged due to the door being closed, and firefighters stressed the importance of closing all doors and exiting the house quickly during a fire.

UPDATE: East Chicago woman dies after being ejected from vehicle

Traffic is backed up to the state line and people should avoid the area, police said.

On Saturday afternoon, firefighters were called to two crashes on 109th Avenue near Winfield.

A gunshot victim is in stable condition after suffering in a shooting early Saturday, police said.

A 26-year-old man was found dead early Saturday after police responded to a report of a gunshot victim, reports show.

Firefighters inspect damage at a house fire in the 400 block of Chester Street in Valparaiso.

A family home was damaged after a fire spread from a rear bedroom in Valparaiso.

At 11:19 p.m. Friday firefighters were called to a house fire in the 400 block of Chester Street in Valparaiso.