MUNSTER — It's been several years since a surveillance camera captured Dr. Promila Mehta-Paul making a bank deposit in Highland.

Mehta-Paul, 70, made the deposit on March 21, 2011. She didn't return to her Highland practice the next day, though she had scheduled appointments. Mehta-Paul worked as an ophthalmologist.

Police searched her Munster home, nearby wooded areas, a pond and a neighbor's home she had been watching, but they found no sign of her. There was no activity on her credit cards or phone.

By September 2011, Munster police said they suspected Mehta-Paul was dead. One of her sons, Paresh Paul, was named as a person of interest in the case, though he has never been formally charged.

Her son also goes by Paul Fontaine, Omar Ahmend and Paul Asconte. He is believed to have been with his mother the night she disappeared.

After police learned Mehta-Paul was missing, they found Paresh Paul walking across the Mexican border into California.

He was sentenced in 2012 to five years in prison after he pleaded guilty to a charge of forgery stemming from when he tried to sell one of his mother's vehicles to a Dyer dealership, according to court records. According to the Indiana Department of Correction, he was released from prison Oct. 7, 2014.

"He has not made one inquiry about this case at all," Strbjak said. "And he hasn't stated that he would be willing to speak with officers at all."

Strbjak said Paresh Paul told police his mother had gone to India or was on a business trip, but those stories were later proven to be false. There hasn't been any activity on financial accounts tied to Mehta-Paul.

Strbjak said detectives continue to work on the case as tips come into the department.

Police received an anonymous call in late 2015 indicating Mehta-Paul had been spotted in Chicago. Strbjak said detectives later determined the sighting wasn't that of the missing doctor.

Her DNA and dental records were placed into the National Missing and Unidentified Persons System so it can be compared to any remains found throughout the country.

There is also still a $20,000 reward being offered for any information about Mehta-Paul's disappearance.

"We've been trying to run down the information, but as of this point, it's all been futile," Strbjak said.

Mehta-Paul is a woman of Eastern Indian heritage. She is 5 feet 1 inch tall, weighs 130 pounds, has brown eyes and brown hair.

Anyone with information about her disappearance is asked to call the Munster Police Department at 219-836-1010. Tipsters also can visit bit.ly/munsterpdtipster.

GARY — On Nov. 11, 2002, Ronnie T. Thomas walked into the Lake County Sheriff's Department to report a woman he had been with had fallen onto …

PORTAGE — Jason Kirby was only 5 years old when his body was found along the side of a deserted road in Portage.

In the early morning hours of Sept. 27, 2003, a Gary family arrived at their home after celebrating a relative's college graduation.

UPDATE: Son charged with murdering his mother, a Munster doctor who vanished in 2011, after ex-girlfriend tells of violent episodes

MUNSTER — Authorities have arrested and charged the son of a Munster physician who has been missing for eight years and presumed dead. The act…

CROWN POINT — The son of a Munster physician missing for eight years has pleaded not guilty to murdering her.

LAKE STATION — A week after a 6-year-old girl was sexually assaulted, strangled to death and dumped into a river, mourners memorialized her by…

GARY — On Aug. 12, 1986, a man who suspected his foster parents had withheld money from him confronted them at their Gary home.

HOBART — After stirring drugs into her husband's coffee, Barbara Garcia waited for him to fall asleep. 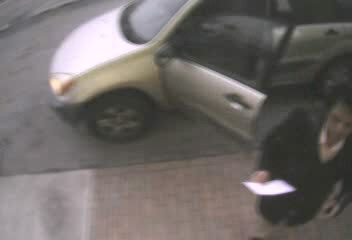 Dr. Promila Mehta-Paul, 70, of Munster, is seen making a bank deposit March 21, 2011, in Highland in a photo taken from surveillance footage. She has not been seen or made contact with family or colleagues since that day.

Members of an FBI Evidence Response Team enter the Munster home of Dr. Promila Mehta-Paul in 2011 during a search of the ophthalmologist's house, backyard and garage. The 70-year-old ophthalmologist, who has a practice in Highland, went missing March 21, 2011. 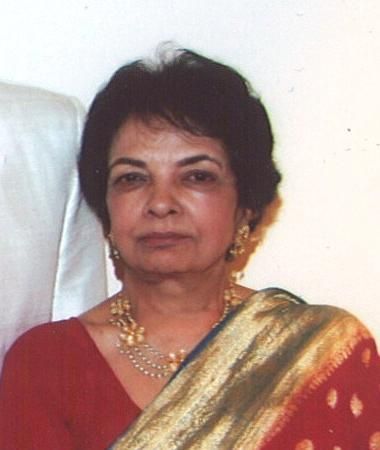