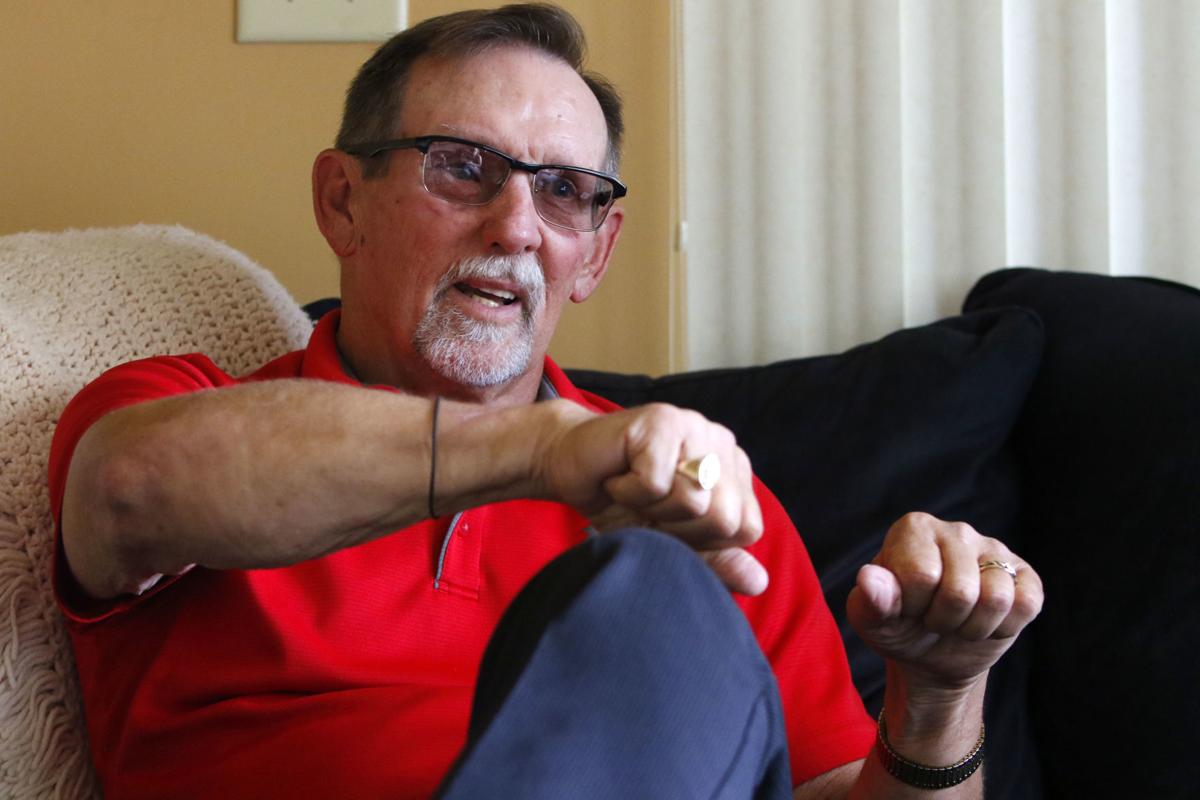 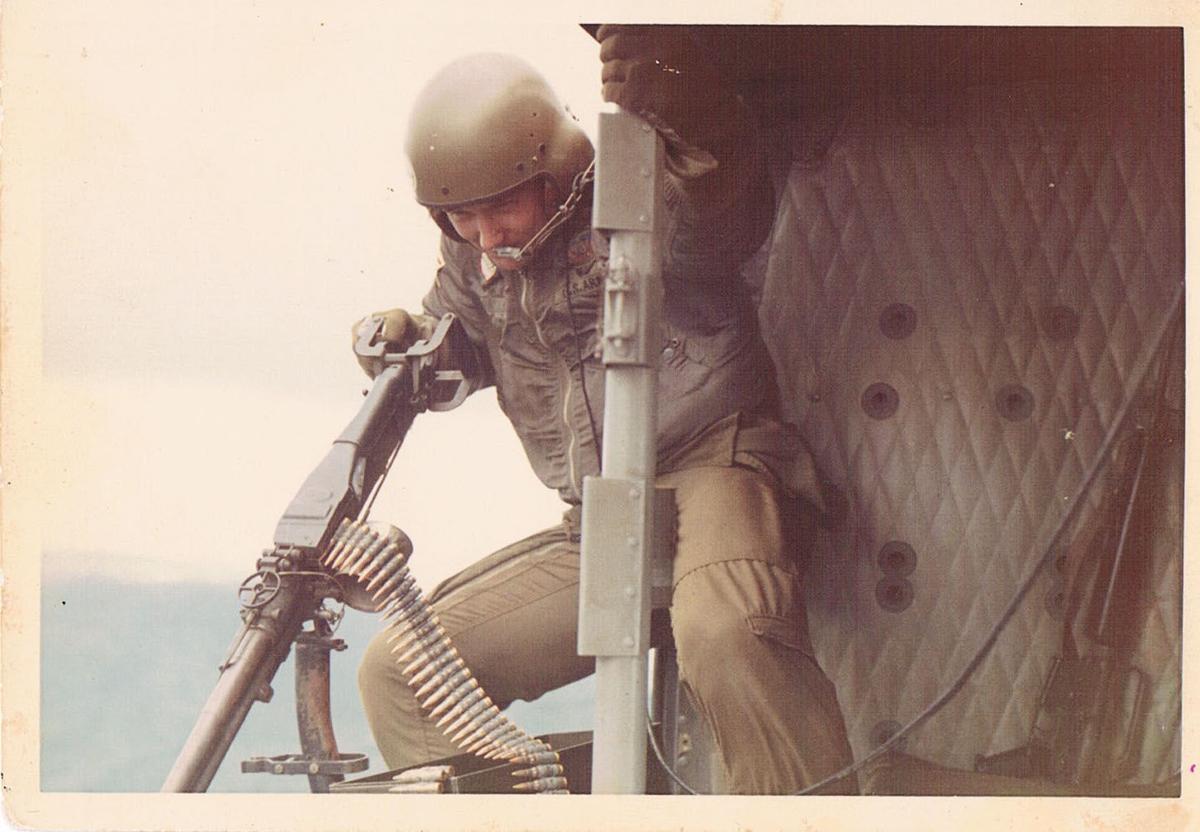 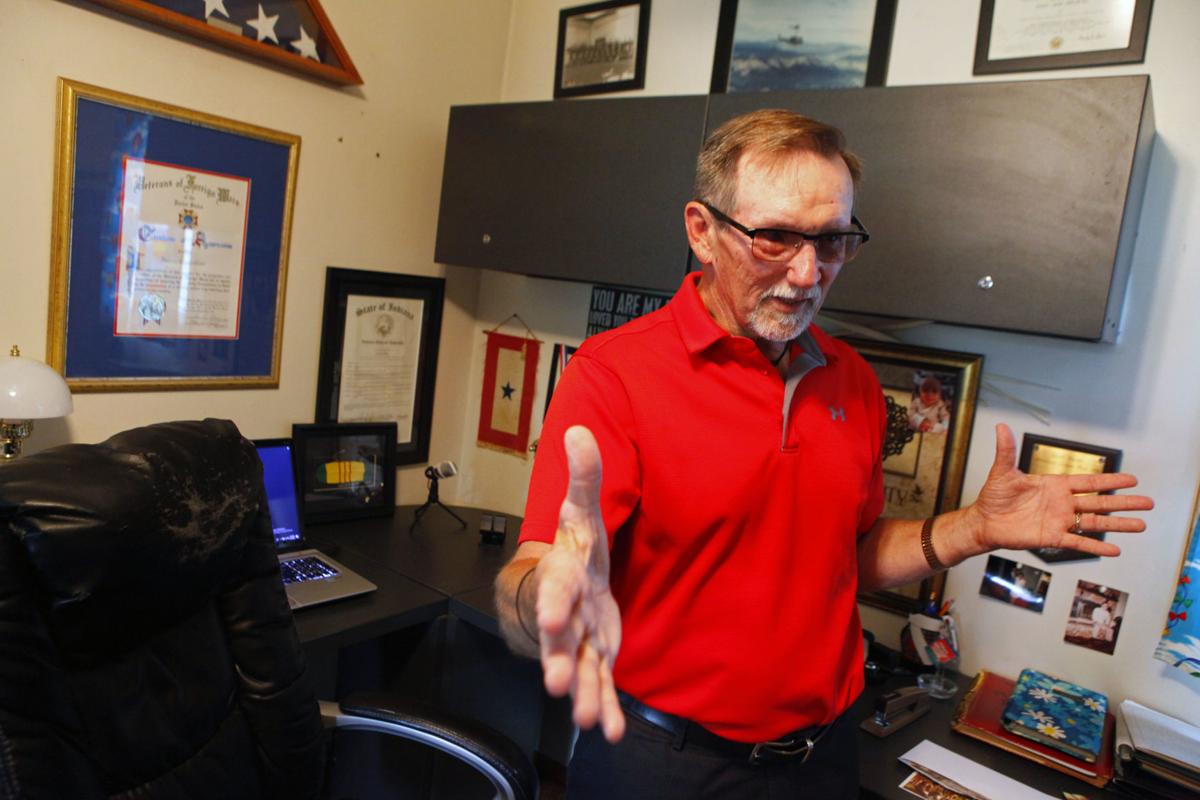 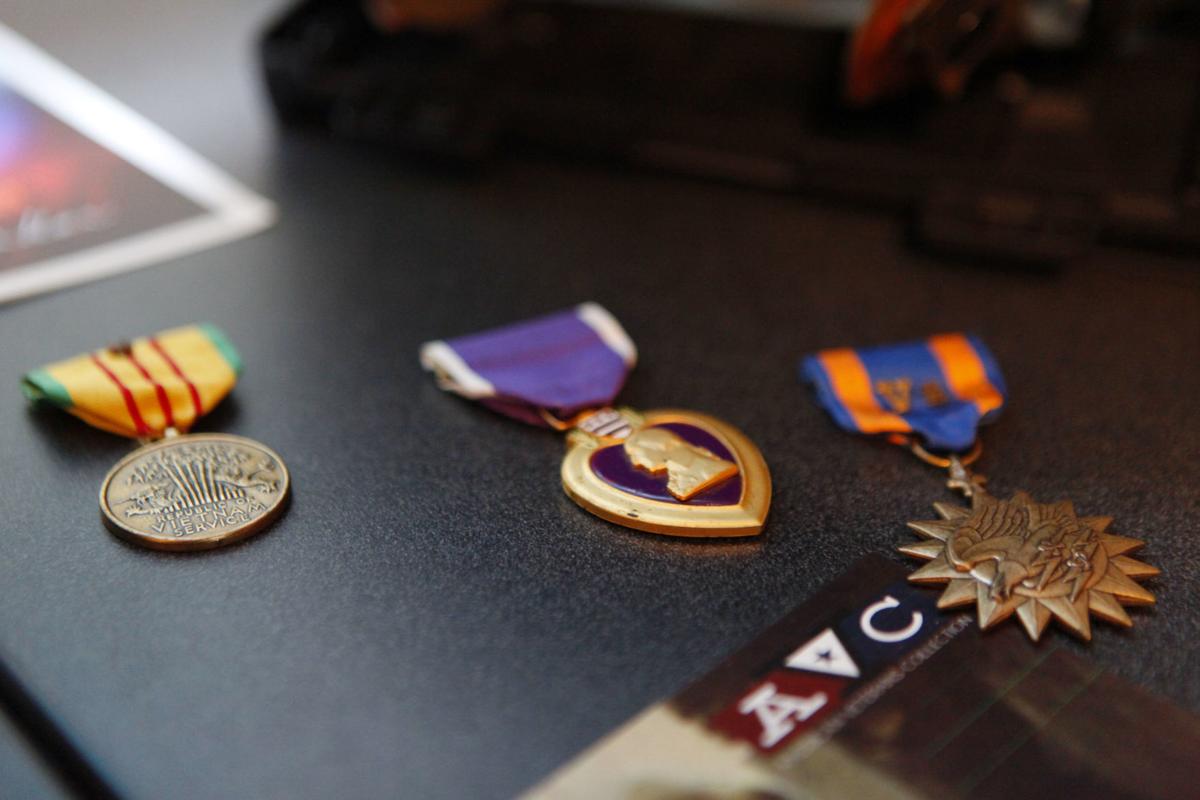 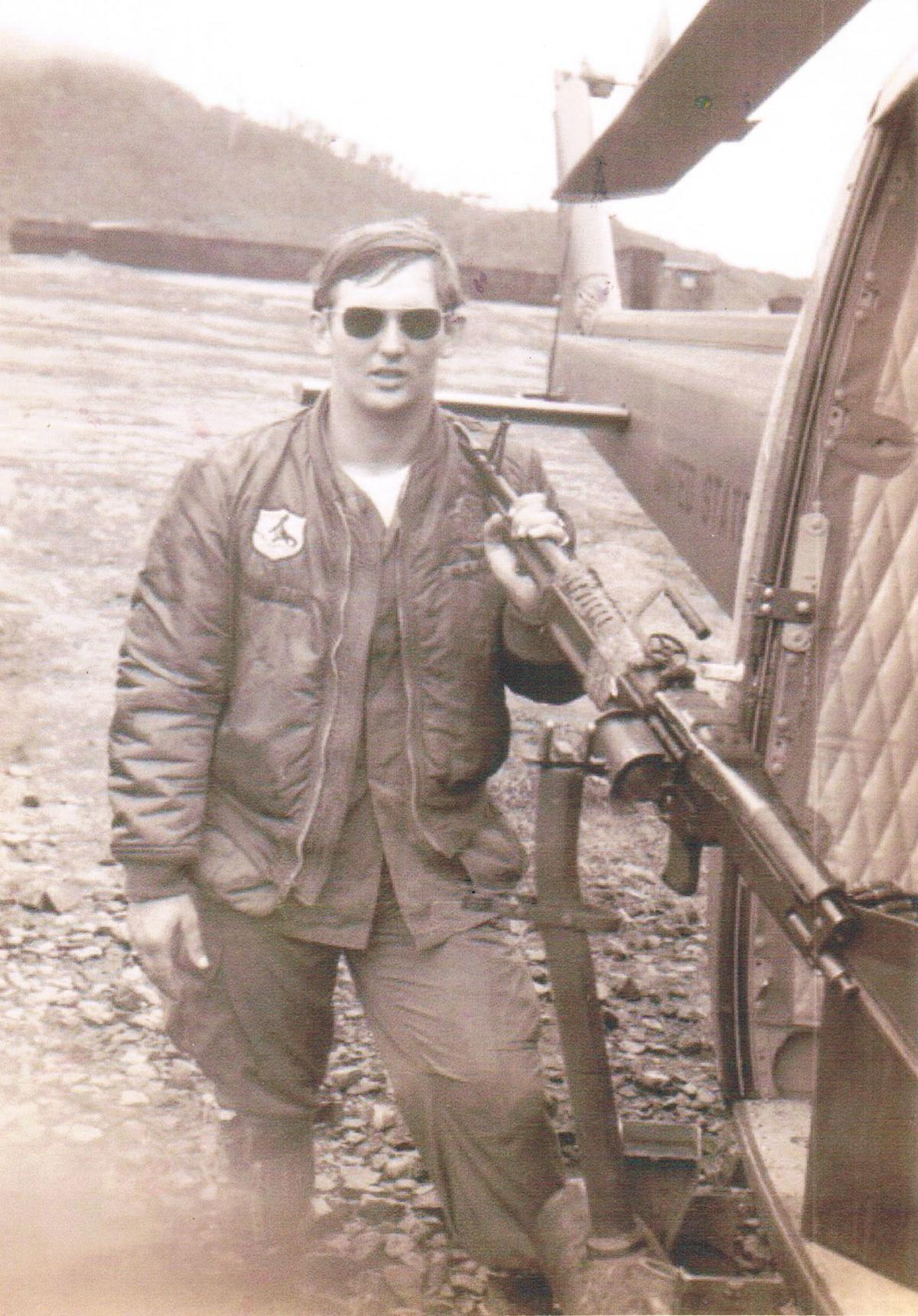 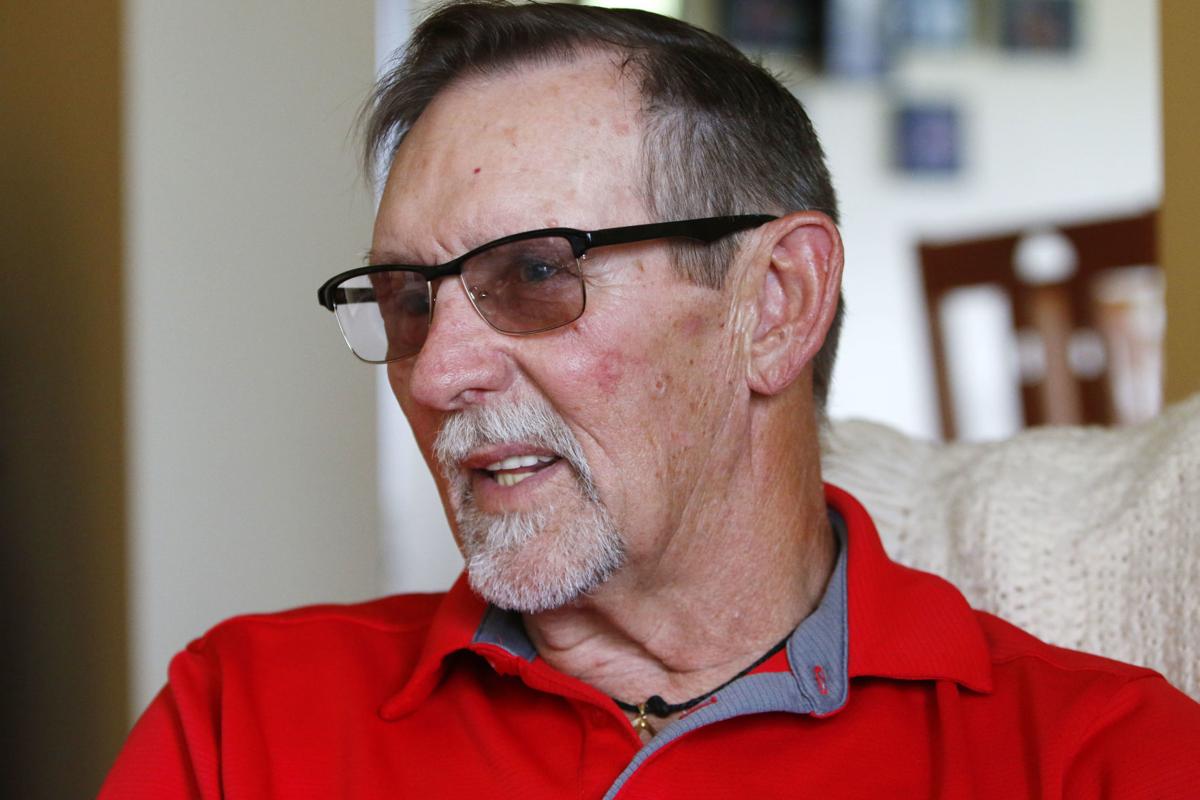 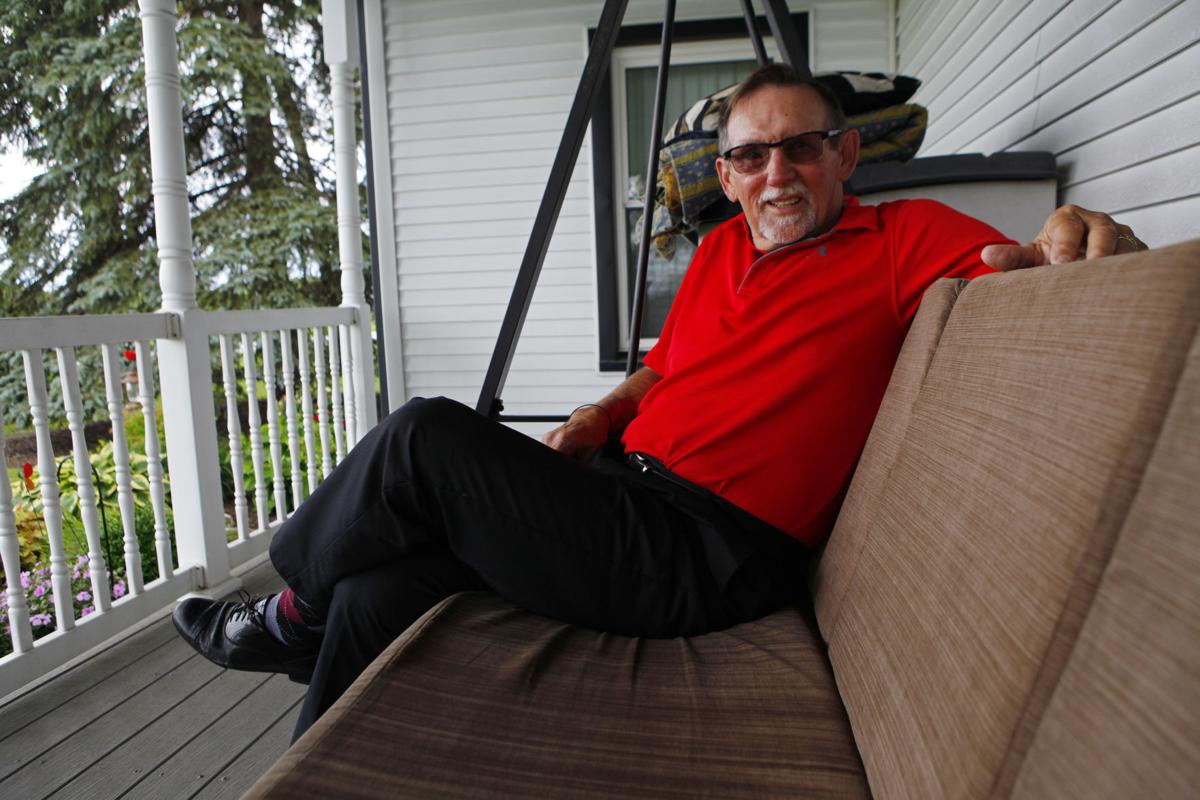 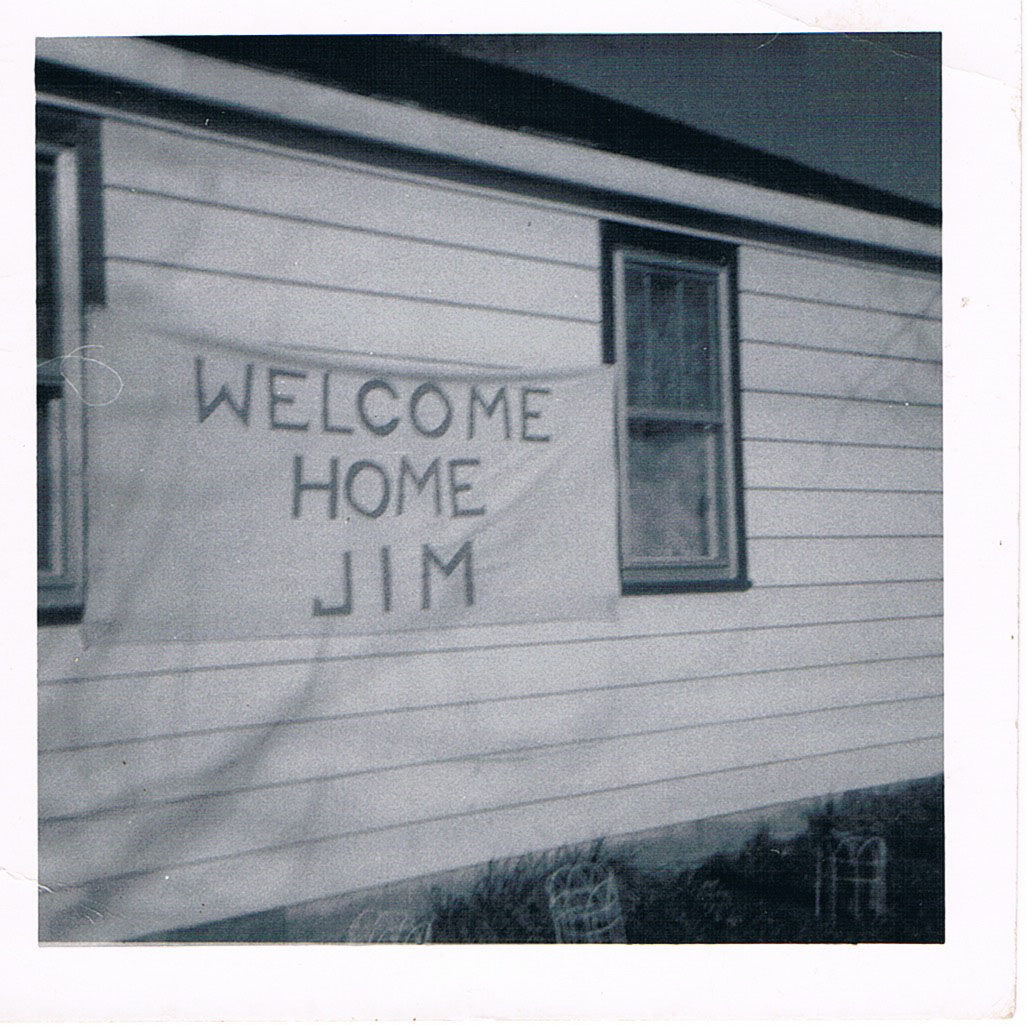 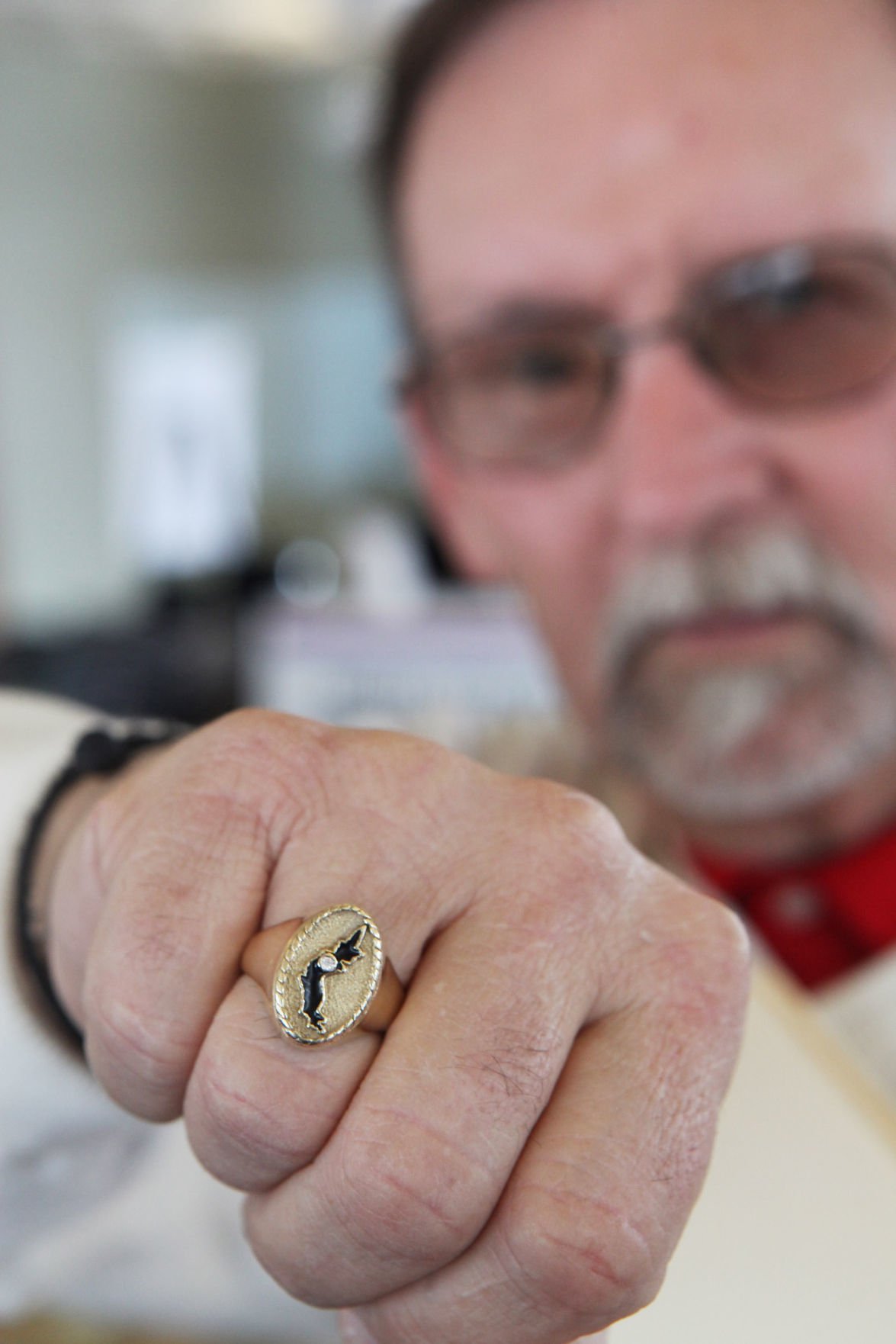 LOWELL — When then-21-year-old Jim Chancellor got the notice he would be drafted into the Vietnam War in 1969, he wasn’t too scared.

“I never had any fears,” the U.S. Army combat veteran from Lowell said. “I never had any doubt I would come home. I was going to serve my country, do whatever I had to do to return.”

But before he left, Chancellor was sat down by his father, San Salvador. The World War II veteran had something important to tell his son.

“He said, ‘You know, Jim, you’re whole life is about to change. Everything in your world is going to change. You are not going to be the same guy when you get back.’”

Recalling the conversation more than 50 years later, Chancellor said his father was right.

Chancellor, 70, served in Vietnam from 1969 to 1970 as an aviation mechanic and helicopter door gunner with the 119th Assault Helicopter Company.

On April 21, 1970, Chancellor’s helicopter was shot down by Viet Cong fighters hiding in the mountain ranges of Dak Seang as the Americans were working to land a captain onto an army boat.

“When we bank, we start receiving a lot of small arms fire. So, I’m working with my M-60, returning fire. I talked to Steve, who’s flying the ship, and I go, ‘Steve, are we going to be OK?’ He said, ‘Yeah, I think so, Jim,’” Chancellor recalled. “All of a sudden, the helicopter starts to shake and hydraulics are starting to go. And Steve said, ‘You better buckle up,’ as we were hitting the tops of the trees. We just tumbled down.

“The last thing I remember that day was Steve saying, ‘Mayday, mayday. Gator 28 going down.’”

The co-pilot had a compound fracture to his leg, Chancellor broke his wrist and another gunner “had bitten his tongue nearly completely off.”

Even with all the training, Chancellor said there was no way he could have prepared for something like that.

“There's really no way to simulate it,” he said.

The shock of what just happened didn’t set in until Chancellor’s unit was rescued.

“This ship came in and we got on. … I sat down, had my helmet on my head with my head down. (A gunner) comes over, taps me on the helmet and says, ‘Hey, you OK?’ I said, ‘Yeah, I am, but those guys were serious. They were trying to kill me,’” Chancellor said. “I put my head back down and started to cry.”

When American soldiers returned home from World War II in 1945, they were greeted as heroes. Parties and parades were held in cities and towns across the country to recognize and thank the “Greatest Generation” for its service and sacrifices.

But that wasn’t the reality for all those who fought in the Vietnam War.

More than 58 thousand were killed and 300,000 wounded out the 2.7 million who served in Vietnam from 1965 to 1973, according to the National Archives. For those who survived, returning home offered even more suffering after what they experienced in combat.

Some veterans were horribly mistreated and disrespected, Chancellor said. Some recall landing in the States and being greeted with Americans demonstrating against them and even spitting on them. Some were disowned by their own communities and did not receive the proper and necessary help to transition back into civilian life.

“The sentiment across the United States was very bad,” Chancellor said. “It was about the war, but it was targeted at the veterans.”

Thankfully, Chancellor didn’t experience those hardships. Instead, when he returned home from war, he found a sign that his dad had made hanging from his Gary home that read, “Welcome home Jim.”

“Nobody understood that unless they were a veteran.”

That’s why Chancellor has acted as a veterans’ advocate since 1970 and started American Veterans Collection, a nonprofit organization dedicated to helping veterans better their lives and educating youths about the realities of post-traumatic stress disorder.

About 30% of Vietnam veterans have had PTSD in their lifetime, according to the U.S. Department of Veterans Affairs. Factors including an individual’s responsibilities in war, the politics around the war, where the war is fought, and the type of enemy faced in combat can contribute to PTSD and other mental health problems veterans experience.

PTSD is not a disease, Chancellor said. It is a symptom of war, and with proper treatment, counseling, understanding and love, it can be controlled.

Having another veteran to identify with and open up to can help. That’s why Chancellor, with the American Veterans Collection, designed the Vietnam Veterans Ring in 1982. The ring is worn to communicate with other combat veterans on sight.

“The rings stands for ‘I know, I understand, and I care — I know about war because I’ve been there. I understand what you might be going through,’ " Chancellor said while looking down at his Vietnam Ring, which features the outline of Vietnam with a cubic zirconium in the middle indicating the area where he was stationed.

“Veterans have a shared experience, and it’s unlike anything else. Veterans relate to veterans. There’s an automatic bond and trust there.”

Today, Chancellor travels around the state conducting PTSD workshops in high schools and colleges, at government meetings and community events to illustrate the effects of war on the veteran.

During each interactive presentation, the veteran shares some of his experiences during war and provides details on the different degrees of PTSD as well as tips for how family members and friends can offer help veterans in need.

Oftent, the audience will be made up of veterans too, Chancellor said.

After giving one of his presentations with North Township Trustee Frank J. Mrvan, Chancellor said he went to the bathroom and found a younger veteran upset.

“This young guy was there crying. He’s standing in the mirror washing his hands. I said, ‘You OK? Is there anything I can do for you?’ He goes, ‘I think I’ll be OK,’” said Chancellor, who struggles with PTSD himself. “I thought to myself, ‘Are you doing good? You're just ripping these emotions out of these young guys. But is that good or bad?’ … I realized it’s OK for these veterans to get in touch with their feelings instead of bottling it all up. Sometimes it’s just difficult.”

When Chancellor isn’t traveling to host the workshops, he’s giving back to those who served anyway he can.

He tackles veteran homelessness in Northwest Indiana by participating in Mrvan’s wraparound veteran housing program. He provides rides for veterans to doctors and sets up VA appointments to help them receive their benefits. He answers the phone when the call for help comes in.

"I will always help the veterans who want to help themselves," Chancellor said. "My motto is help one guy at a time. The more veterans we can help, the better."

"Those who serve" is a monthly series featuring the stories of local military veterans and the organizations working to support them. Do you know a veteran or organization The Times should profile next? Contact allie.kirkman@nwi.com.

UPDATE: Flood warnings continue through week; storm forecasts up in the air

As water flooded streets and properties, the recent rainfall has caused its fair share of woes — and there may be more water works to come.

HAMMOND — A single-vehicle crash on Interstate 80/94 eastbound near Indianapolis Boulevard is stalling traffic in the area Thursday morning, p…

Hundreds attend funeral for veteran with no known relatives

NILES, Mich. — Hundreds of people attended the funeral for a Vietnam veteran and Michigan City native who had no known living relatives.

HOBART — Coming from a Navy family, Stacey Ojeda said she always felt like going into the military was part of her destiny.

Ex-Marine, young son have a place to call home

EAST CHICAGO — Thanks to a collaborative effort among governmental agencies, veterans groups, unions, and community volunteers, a woman and he…

WHITING — On a recent afternoon, an energetic Steve Gniadek gave a tour of his modest, one-bedroom apartment in Whiting, rattling off “all the…

Food, clothes and a place to rest your head; Townships offer homeless vet base camp

GARY — Jim Chancellor, an U.S. Army combat veteran from Lowell, said he’s been helping veterans get back on their feet since returning home fr…

Students in preschool through third grade helped raise more than $300. Some of the funds were used to purchase toiletries for struggling veterans.

Behind the Scenes at the Memorial Opera House