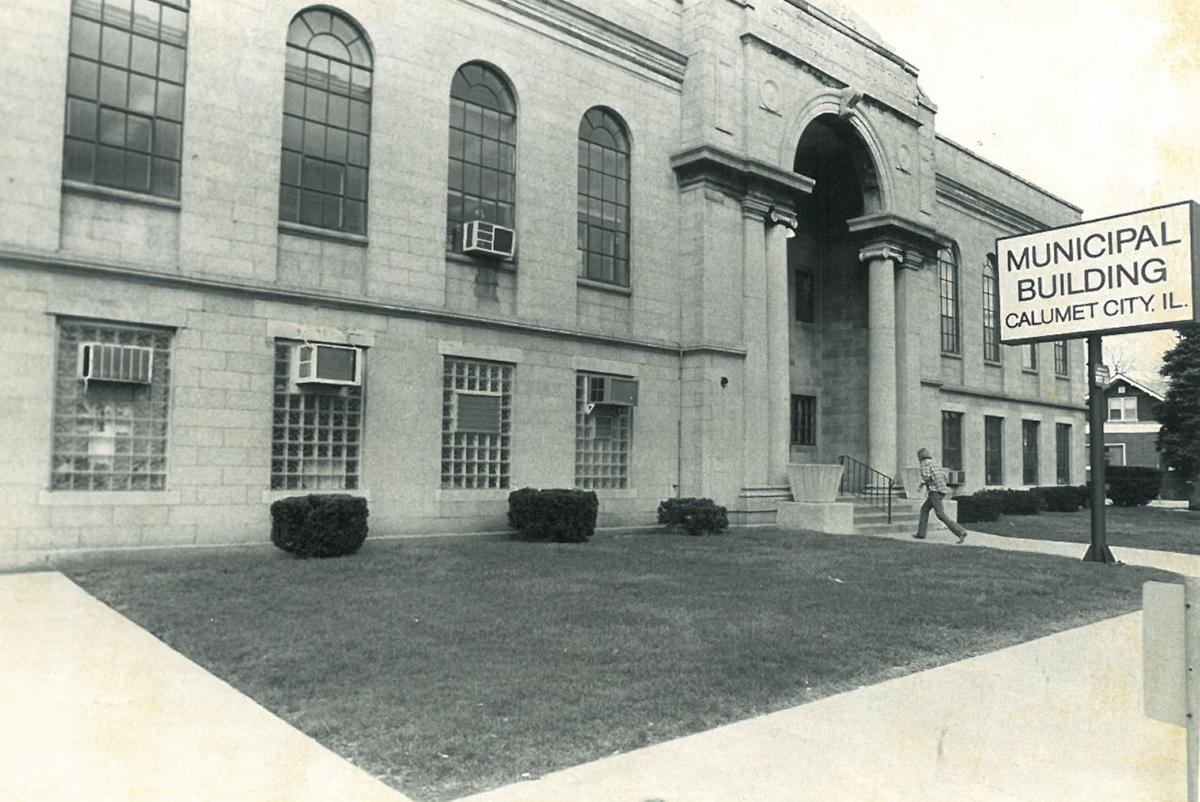 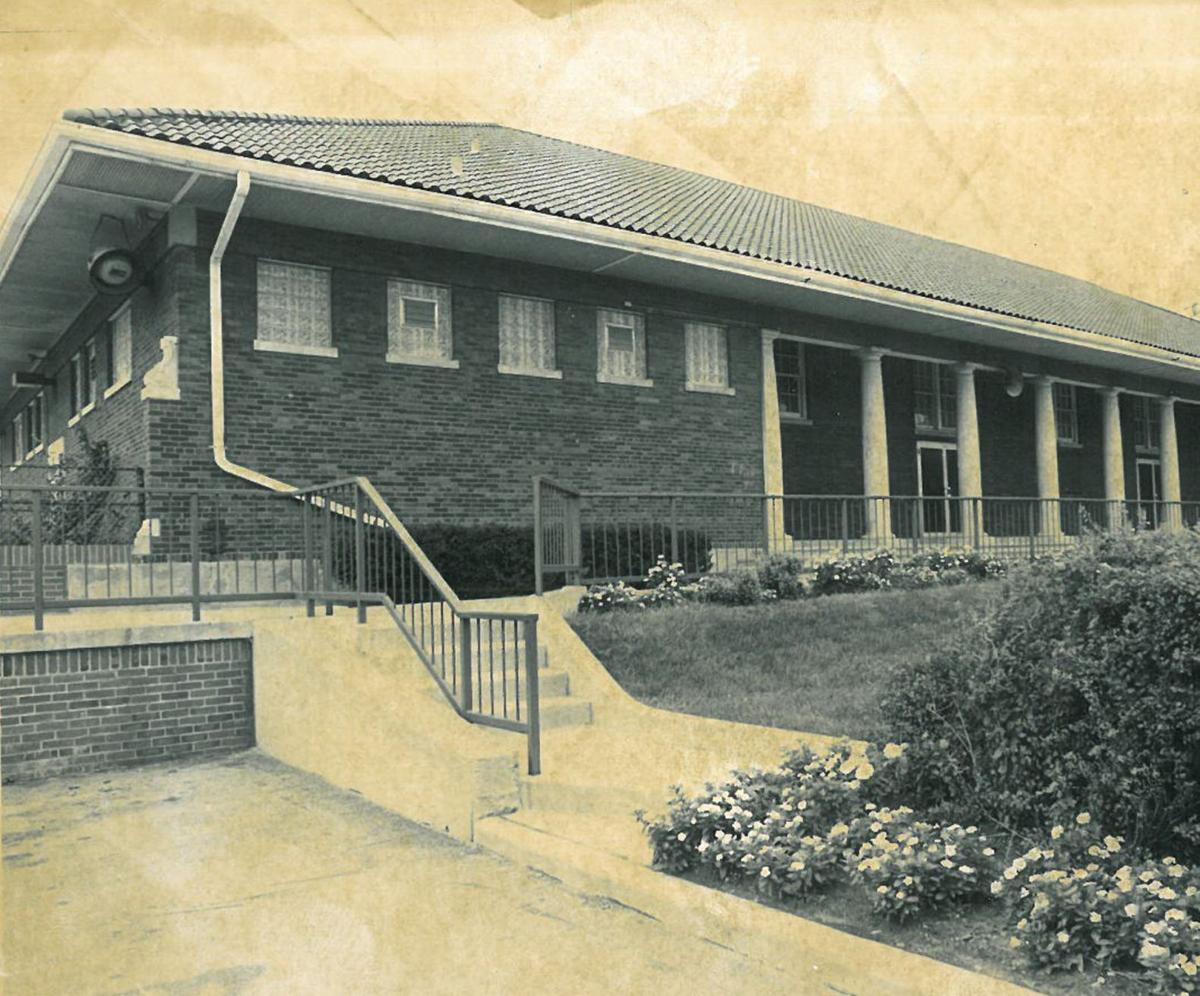 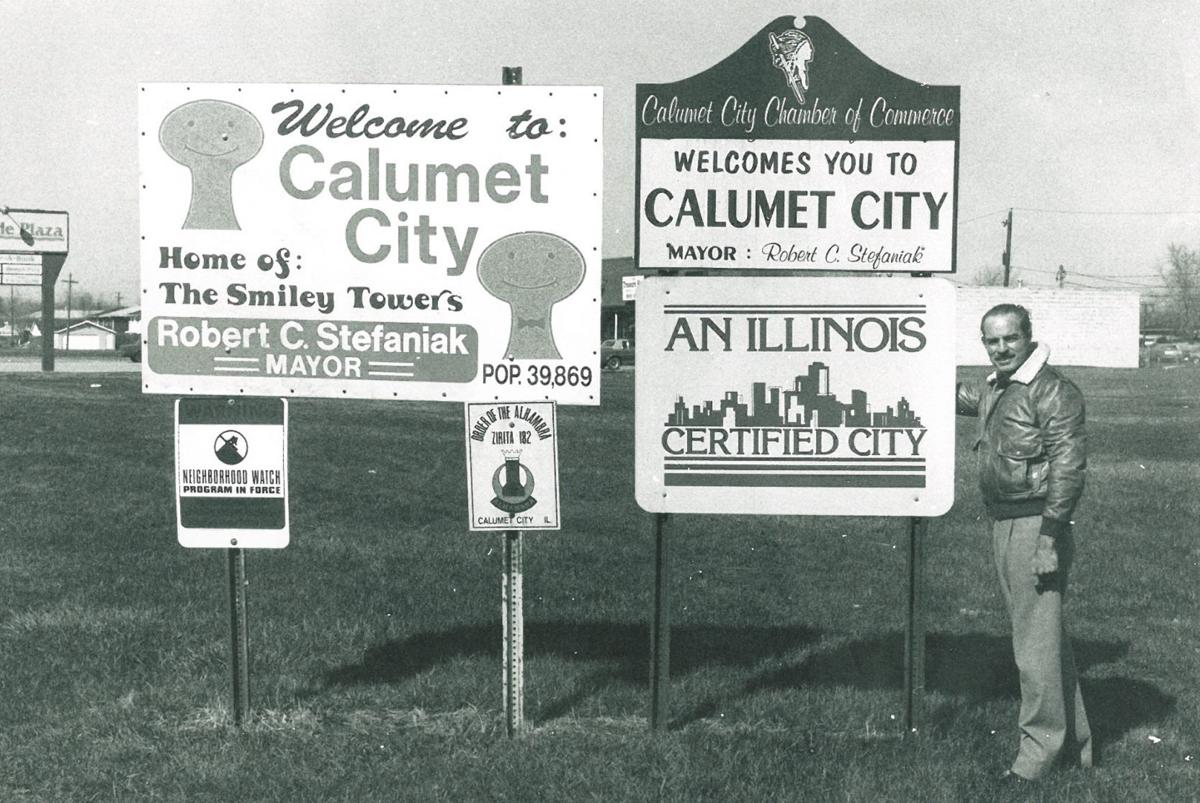 CALUMET CITY — Once known as “Schrumville” and “the Village of West Hammond,” Calumet City grew from a 275-acre farm created by German immigrants Hans Johann and Louisa Schrum, a name that still resonates in the community.

In addition to growing potatoes and hay, the Schrum family started a dairy business using blocks of ice from the Little Calumet River to keep the milk and ice cream cold. That dairy ice house later served as headquarters for the Calumet Pickle Works, a pickle and sauerkraut packing business. The Schrum family quickly grew the operation into a retail business that made and delivered pickles, relish, catsup, sauerkraut and hot and sweet peppers throughout the Calumet Region.

Polish and Irish immigrants also settled in this community attracted by the factories and commerce across the state line in Hammond.

In 1893, the villages of Schrumville and Sobieski Park merged to form the village of West Hammond. By 1900, the population grew to 2,935 with Polish families outnumbering Germans, followed by those of Irish descent. In fact, the Polish were so politically involved in the village that a Polish-American was elected village president in 1900, and in 1902, one municipal party fielded a slate composed entirely of candidates with Polish surnames.

When Indiana became the 25th state to pass prohibition legislation in 1918, the Village of West Hammond along the state line emerged as the place to get alcohol, opening the floodgates to bootleggers including Chicago mobster Al Capone. Long before there was a Las Vegas strip, this portion of State Street became known as “Sin City,” where gambling, prostitution and illegal liquor flourished.

That reputation caused the village’s residents to vote for a name change to Calumet City in 1923.

Starting in the 1920s, various mayors and citizen groups battled to shut down those State Street bars with varying degrees of success. In the 1990s, then-Mayor Jerry Genova’s efforts helped end that chapter of the city’s history.

As the city grew, downtown Calumet City continued to be the seat of city government as well as a shopping and dining destination.

In 1966, investors spent $35 million to build the 80-store open-air River Oaks Shopping Center. Its location on U.S. 6 and just a few miles from the Bishop Ford Freeway attracted customers from Northwest Indiana and Chicago’s South Side. In the early 1990s, River Oaks was enclosed during a renovation. Other shopping areas followed along Calumet City’s major thoroughfares.

As Calumet City celebrates its 123rd year in 2016, the city faces challenges including a declining population and empty commercial properties, but is aggressively working to create a solid future, said Mayor Michelle Markiewicz Qualkinbush, known as “Mayor Michelle."

Establishing healthy neighborhoods, for example, is a major initiative that includes a revitalization program to restore older homes, demolish dilapidated dwellings and reduce the density in neighborhoods. The plan also includes demolishing taverns in residential neighborhoods and retiring those liquor licenses, she said.

Beautification efforts that include banners, flower pots on main streets and area plantings bring a sense of place to the city. Community events celebrate Black History Month, Hispanic Heritage and Polish-American Heritage to encourage cultural sensitivity and inclusion. Block parties help neighbors get to know one another, and holiday events and concerts in the city’s parks also draw visitors.

A lifelong Calumet City resident, Michelle Markiewicz Qualkinbush became the first woman elected mayor of the city in 2003 and was re-elected in 2005, 2009 and 2013:

• “Since 2008 when the recession hit, Calumet City has been financially solid, keeping costs down providing service sometimes with less people. We have an A bond rating ... We pay our bills on time. With the state of the state (of Illinois), the future may be more challenging in case those revenue sources go away. It is challenging being two blocks from Indiana where taxes are lower.”

• “We have a very business-friendly economic development plan (although) it’s tough bringing businesses into our mall area and the whole city … In our downtown, we are rebranding and reinventing ourselves.”

• “We believe in healthy, strong neighborhoods. We’ve taken down blighted properties and are reducing the number of liquor sources, especially in our neighborhoods. We are hoping to be able to build new homes, townhomes to attract single folks and young families.”

Bryan Swanson has served as Calumet City’s director of economic development for more than two years:

• “One of the goals of the economic development department is to help the city turn municipally owned property back into private hands, to repurpose it. For example, the city sold the former Shakey’s Pizza property (that the city bought in 2005) to Checkers Restaurant that in 2016 will generate 25 jobs. Fuller’s Car Wash is coming to the Bally Total Fitness that was on west Torrence Avenue. It’s estimated to bring in 400 to 500 cars a day. That will produce traffic that will be stopping at other businesses in the area. … Another small win for the city is repurposing the Harry O’s bar property on Burnham Avenue. Calumet City Bakery on State Line is relocating there.”

• “Calumet City has and will continue to have an excellent location, adjacent to the interstate system and on the doorstep to Chicago. It’s a great location for families that work in Chicago to live and has a commercial and retail presence.”

• “We’re not just Calumet City. We are the Region.”

Origami-inspired clothing line is designed to grow with your child

Origami-inspired clothing line is designed to grow with your child

Calling all royalty to Calumet City 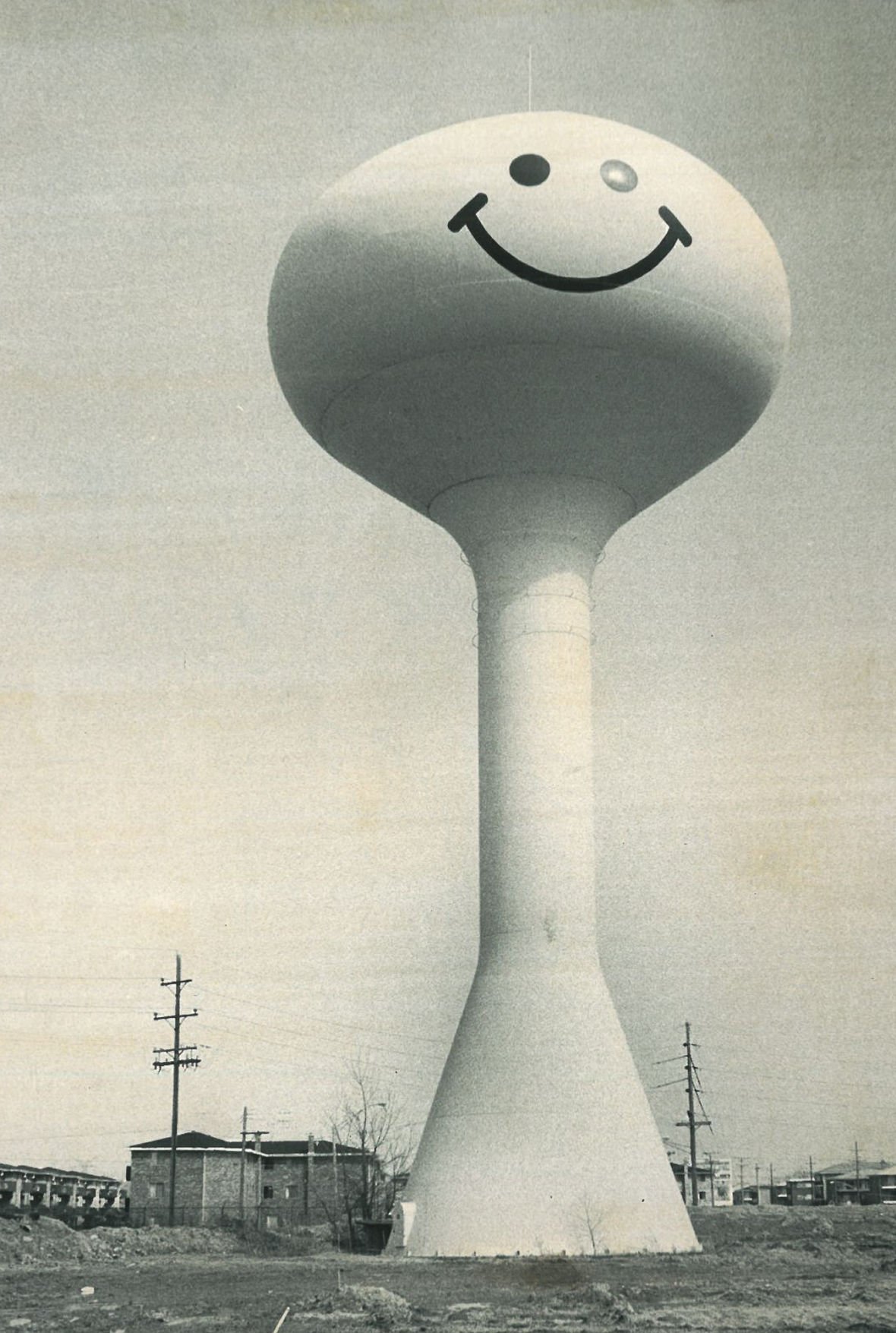 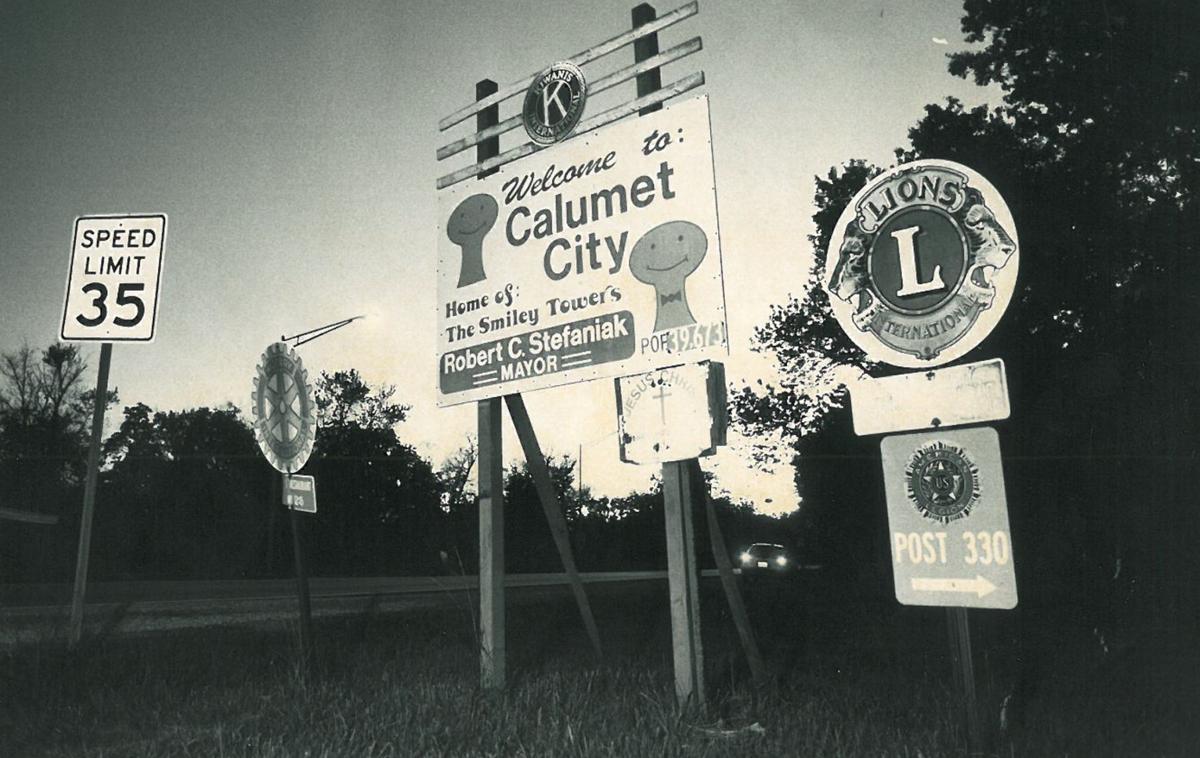