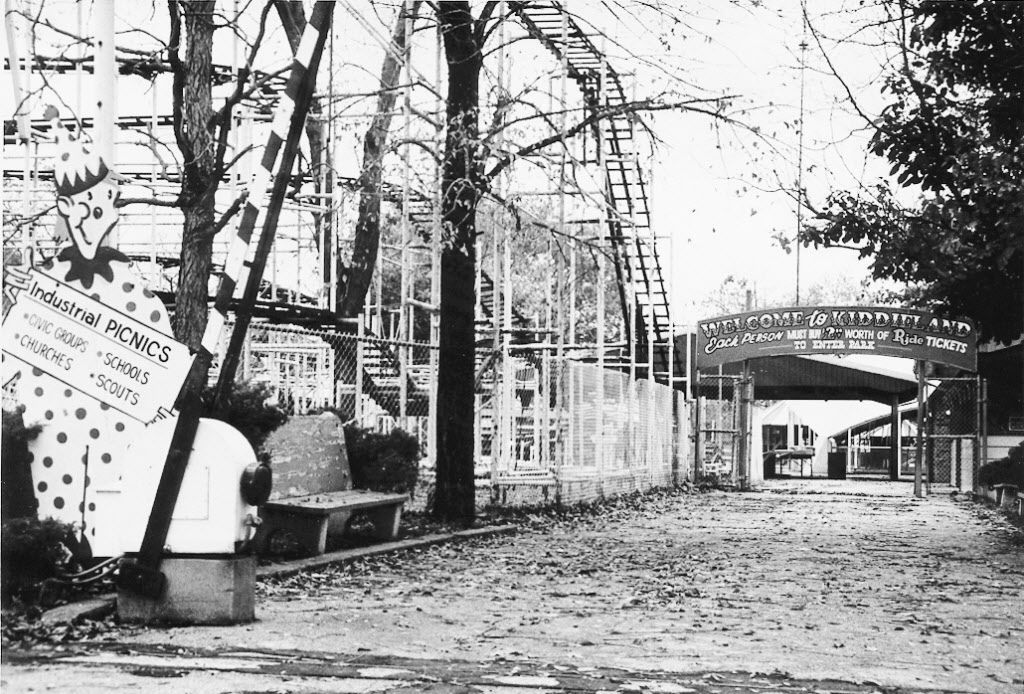 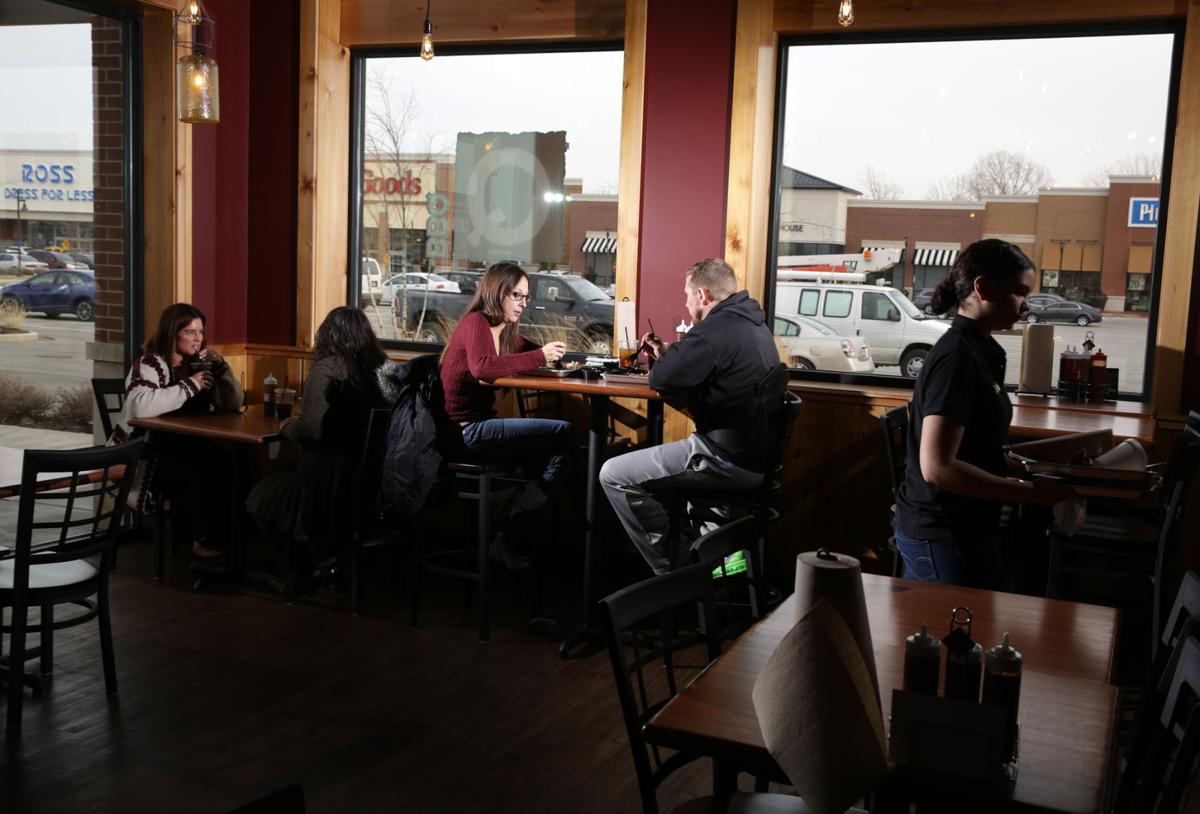 People eat at Q-BBQ earlier this year at the Shops on Main, in Schererville. On Tuesday, the Commerce Department issued its April report on consumer spending, which accounts for roughly 70 percent of U.S. economic activity.

SCHERERVILLE — Throughout Schererville's growth from small farming community to bustling suburb, it has retained a characteristic that's become its motto: "Crossroads of the Nation."

Today, many know the town for its traffic-laden thoroughfares, and as home to favorite stores and restaurants along "the Boulevard." Residents know it for its quiet neighborhoods, parks and schools tucked away from U.S. 30 and 41.

As residents enjoy enhanced traditional festivals and new activities to celebrate the landmark year, they'll be doing so in a community that's gained the attention of high-end development, from Shops on Main anchoring the north on U.S. 41 to the soon-to-be-developed Clarendale senior living center anchoring the east on Burr Street at U.S. 30.

In deciding to locate in Shops on Main, Nordstrom Rack President Geevy Thomas said, "We want to be in compelling locations with a great retail mix that customers visit frequently."

That Schererville offers such a "compelling place" is due largely to its status as a crossroads.

The area's history as a meeting place of transit routes stretches back further than the town's history, to the Native American trails that met here and joined the Sauk Trail, the main east-west thoroughfare from the Detroit River to the Mississippi.

The first American settlers arrived around 1840, among them John Reeder, on whose farm the first train station was built.

Schererville is named for Nicholas Scherer, a Prussian immigrant who arrived in Northwest Indiana in 1846 and established himself near the Reeder Farm.

Scherer platted the community in 1866, and the plat was recorded on April 10 of that year. While Schererville would not incorporate as a town until 1911, 1866 is celebrated as the year of its founding, making 2016 the town's sesquicentennial year.

Nicholas Scherer's occupations included swampland drainer; land commissioner; operator of a hotel in Dyer; superintendent of construction for railroads, including the Chicago & Great Eastern Railroad, commonly known as the Panhandle; and work in real estate, farming and the sale of sand.

"In fact, it is impossible to conceive of the village without the well-directed industries which were so long founded and fostered by Mr. Scherer," the authors of the 1915 "A Standard History of Lake County, Indiana and the Calumet Region" concluded.

The marshland only became suitable for farming and business with its draining, accomplished largely under the leadership of Aaron Hart, for whom the early community of Hartsdale was named. Hart Ditch would carry marsh water to Plum Creek in Dyer, thence to the Little Calumet River.

Scherer purchased his 40 acres from Hart shortly after the major drainage project was complete.

In that year, 1846, the first school and post office were established. Twenty-five families lived in town.

The predominantly German Catholic population celebrated its first church, St. Michael Catholic Church, in 1873. The land for it was donated by Scherer.

The New York Central and Michigan railroads would also cross the town, but its most notable transportation role came with the paving of the 3,400-mile-long Lincoln Highway.

That New York-to-San Francisco highway gave communities it crossed prominent places in a country embracing the automobile revolution. The old Lincoln Highway is now Joliet Street in Schererville; buildings surrounding the downtown are from its era.

With the crossing of U.S. 30 and U.S. 41 in town, the "crossroads" character took on a new history. Well after the establishment of the interstate highway system, hotels still dot the landscape around that intersection.

And, it's become a regional crossroads, providing access to myriad shopping and dining venues. For nearly 90 years, Teibel's Restaurant has stood there as a Region landmark and dining destination.

Much of the recent growth includes residents moving from Illinois.

"Most of the influx from Illinois is from Chicago commuters who have taken advantage of Indiana's lower taxes while remaining in close proximity to the Loop," Schererville officials concluded in their 2009 Comprehensive Plan, meant to guide the town's growth for two decades.

Looking to the future

Schererville's more distant history, with its thoroughfares for trains, trucks and cars, mixes with the growth of recent decades to bring town officials back to a focus on the town's place as crossroads.

Officials have been pushing the widening of Kennedy Avenue and connecting its segments through the north half of town.

"That's one of our big long-term goals in Schererville," Town Councilman Tom Schmitt said. "It's beneficial to the whole county. The goal is to have another major north-south thoroughfare to get you from (Interstate) 80/94 to (U.S.) 30."

The town, in partnership with the Northwestern Indiana Regional Planning Commission, has hired consultants to do the engineering and legal work necessary to plan a project.

Kennedy would join Calumet Avenue and Indianapolis Boulevard as north-south links, something NIRPC is pursuing.

Officials also hope to extend Oak Street west to U.S. 41, in hopes of easing traffic flow on that road, and encouraging development where Oak would meet 41, on the south edge of vacant property between Lowe's Home Improvement and Franciscan Omni Health & Fitness.

Available land along U.S. 41 and U.S. 30 should continue to fill in. "You're going to see developers inquiring about that," Schmitt said.

The nature of that development will depend on a variety of factors.

"Now that Schererville is somewhat land-locked around the retail area, it will be interesting to see how the growth develops down Route 30," said Aaron McDermott, president of Latitude Commercial, a real estate firm in Schererville.

He said a lack of reasonably priced liquor licenses puts a limit on new restaurants. And the office market has been sluggish recently.

But "as housing is built north and south of 30 towards Merrillville, then you will see U.S. 30 get built up more," McDermott said.

Town officials hope standards created in recent years will help give the highway corridors a higher quality and "greener" appearance in the future. The new standards "try to make sure businesses keep to a high standard," Schmitt said.

From businesses' perspective, those standards are sometimes too restrictive, and the requirements too expensive, McDermott said. "I think that plan really has to be reviewed again," he said.

A new fire station is also on town leaders' agenda, as is continuing work with the state to improve traffic safety on its highways. Town officials are also pursuing extending its bike-trail network, and access to it from its neighborhoods.

Valparaiso prides itself on high quality of life

Valparaiso has come a long way since it was included in the purchase of land from Potawatomi Indians by the U.S. government in October 1832.

TRAVERSE CITY, Mich. — For the third consecutive year, President Barack Obama is proposing to cut a program that focuses on the Great Lakes' b…

LAPORTE — LaPorte is known as a city built by farm machinery churned out for more than a century.

Long before Schererville became a town, many settlers, trappers and Native Americans called it the crossroads due to the numerous trails that …

The Region, while tradition-steeped, is evolving

Northwest Indiana was once the Hoosier state's last frontier.

People eat at Q-BBQ earlier this year at the Shops on Main, in Schererville. On Tuesday, the Commerce Department issued its April report on consumer spending, which accounts for roughly 70 percent of U.S. economic activity.