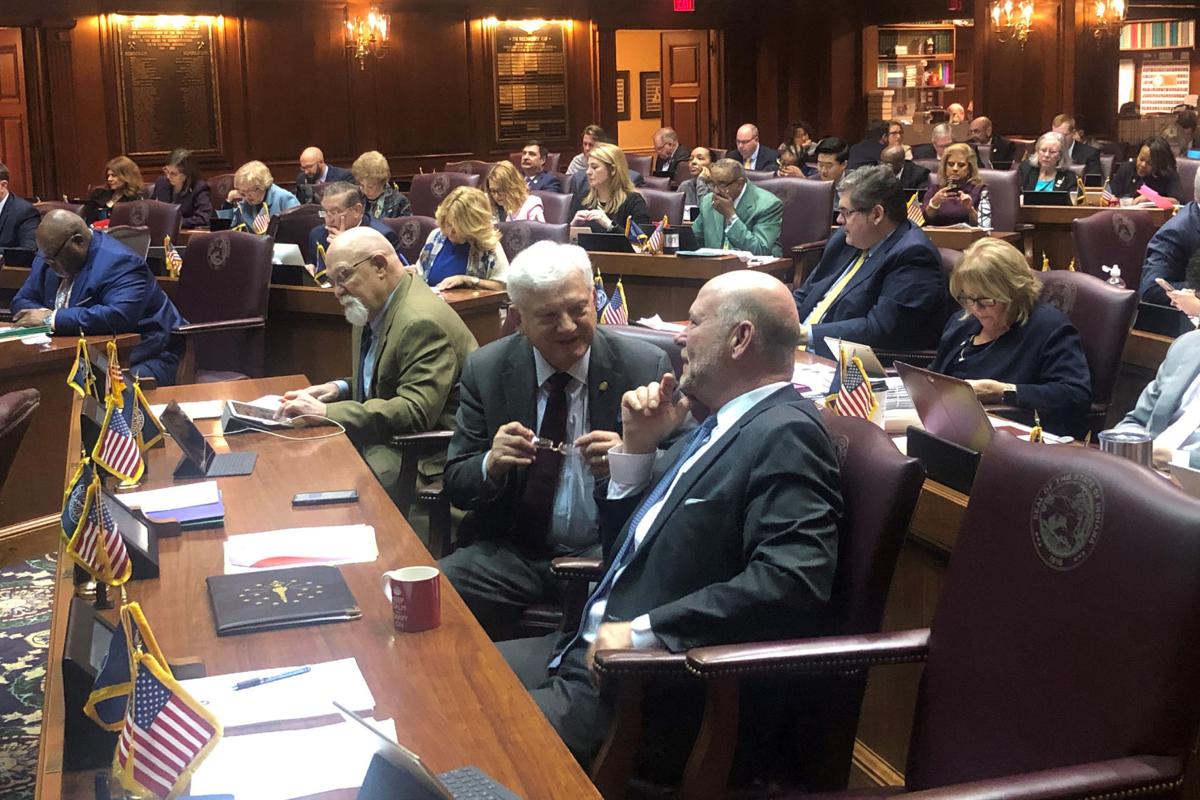 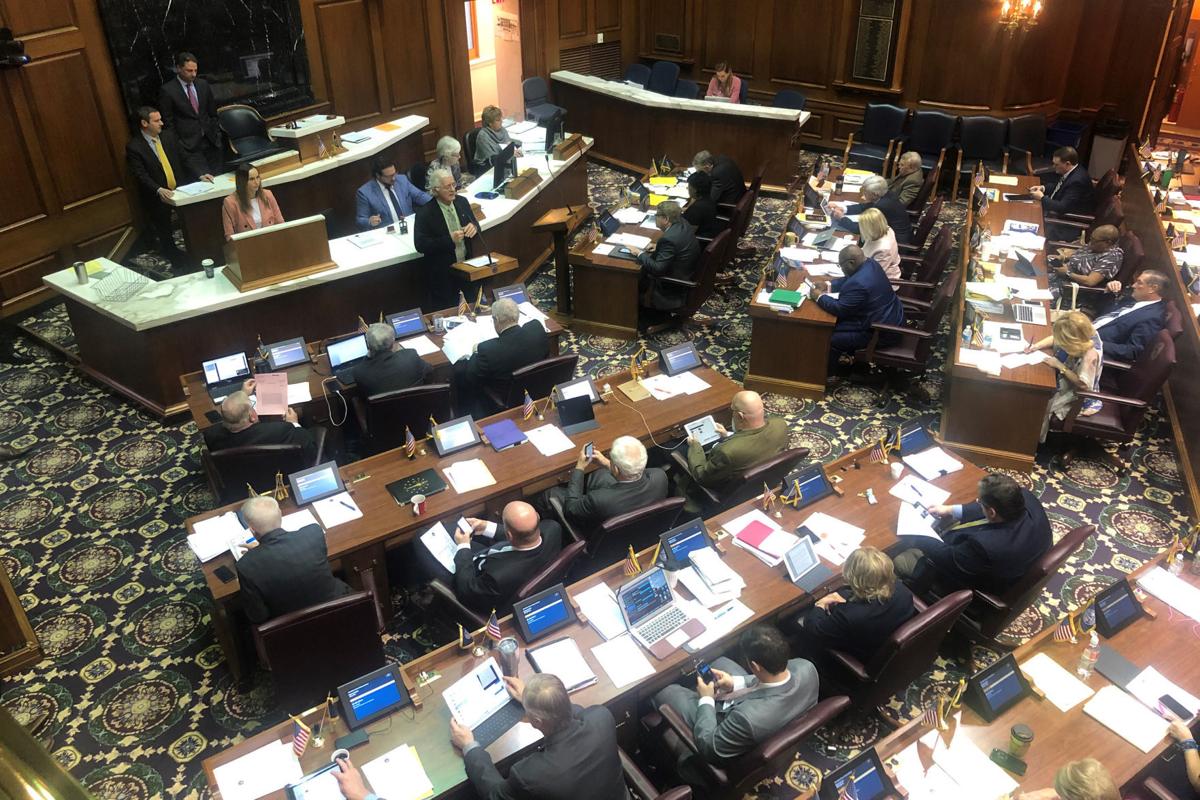 The state Senate voted 29-19 in favor of a House-Senate agreement on the bill, with the House later endorsing it in a 64-32 vote as lawmakers reached the final adjournment this year’s legislative session early Thursday.

Republican negotiators failed to reach agreement on a proposal that could've forced the state attorney general from office if his law license is suspended over allegations that he drunkenly groped four women. They approved toughening the penalties stores could face for selling smoking or vaping products to anyone younger than 21 years old.

The possible rental rule restrictions emerged two weeks ago as Republicans took up the limits backed by the Indiana Apartment Association as the Democratic-controlled Indianapolis City-County Council approved an ordinance that included allowing fines for landlords who retaliate against renters over living condition complaints. The city’s ordinance also required landlords to give tenants information on their legal rights and responsibilities.

Republican legislators and the apartment association argued that tenant-landlord regulations should be uniform statewide.

“All of these are designed to have a predictable, stable, knowing housing market in Indiana so that everybody knows the rules throughout the state,” said Sen. Aaron Freeman, an Indianapolis Republican.

Tenant advocates maintain the proposal would be unfair to the estimated 30%, or some 2 million, of Indiana residents living in rental housing. They say they’re worried the new state law would negate local regulations, such as those on apartments in college towns, including Bloomington and West Lafayette, and threaten local anti-discrimination ordinances in cities such as Indianapolis, Columbus and South Bend that go further than state law and include protections based on sexual orientation.

Rep. Robin Shackleford, an Indianapolis Democrat, said during House debate that the apartment and builder associations were the only groups visibly supporting the legislation, then read off the names of several dozen organizations around the state opposing it.

Supporters argued that the proposal would not impact local ordinances on rental inspections and registries, as those are authorized already under state law. Rep. Ethan Manning, a Republican from Denver, said federal civil rights and fair housing laws also protected renters.

Sen. J.D. Ford, an Indianapolis Democrat, said the Legislature is “bending over backwards for the unscrupulous landlords” and leaving renters defenseless if they complain about troubles such as the lack of functioning plumbing or furnaces not working.

“Dare you speak up, because once you do then you have a target on your back and then they will find a reason to evict you,” Ford said.

Democratic Indianapolis Mayor Joe Hogsett called the Legislature’s action “a major setback for renters in Indianapolis and across the state.”

“Our city is home to many good landlords, but it is unassailable that too many of our residents are still being victimized at the hands of bad actors,” Hogsett said in a statement. “It is also clear that the problems facing cities and towns across Indiana are unique to each jurisdiction and the solutions must be as well.”

Lawmakers gave approval to doubling the fines stores could face for selling smoking or vaping products to anyone younger than 21 years old. The penalties, which were last increased a decade ago, will grow until a third violation within a year would carry a maximum $2,000 fine.

The additional penalties are part of a bill increasing Indiana’s minimum age for smoking and vaping from 18 to 21 to conform with a new federal law. Holcomb has endorsed the tougher store penalties.

Water testing for lead contamination on tap for Indiana schools

The drinking water at every public and private school in Indiana soon will be required to be tested at least once for lead contamination.

In-person classes at Indiana University Northwest in Gary — and all IU campuses across the state — are suspended from March 22 to April 5.

Indiana Attorney General Curtis Hill Jr. declared Monday that state agencies are not permitted to use an "X" gender designation for Hoosiers who identify as neither male nor female.

Illinois casino gets in the sports wagering game

The opening of the Rivers Casino sportsbook in Des Plaines, Illinois, ends Indiana's status, for the past six months, as the sole Great Lakes state to offer sports wagering.

State Rep. Todd Huston, was elected by acclamation Monday to be House speaker for the eight months remaining in the 121st General Assembly.

Hoosiers planning to vote this year must register by April 6 to cast a ballot in the May 5 primary election.

The Indiana Supreme Court has determined a Schererville bar is not legally liable for a patron being blinded in a parking lot fight after closing time because the attack was not foreseeable.

Indiana's U.S. senators want the the Winter Olympics taken away from China due to the country's persecution of religious minorities and lack of respect for human rights.

Governor to decide whether Griffith will be incorporated into North Township

One signature is all that stands between the town of Griffith's official exit from Lake County's Calumet Township and its likely incorporation into North Township.

Motorists who don't pull over for an emergency vehicle with its lights and sirens activated soon could find themselves behind bars.

Indiana bars, alcohol retailers can sell until 4 a.m. this Sunday only

Hoosiers will get an extra hour — sort of — to buy alcohol early Sunday morning.

Watch the key moments from the first presidential debate

Watch the key moments from the first presidential debate 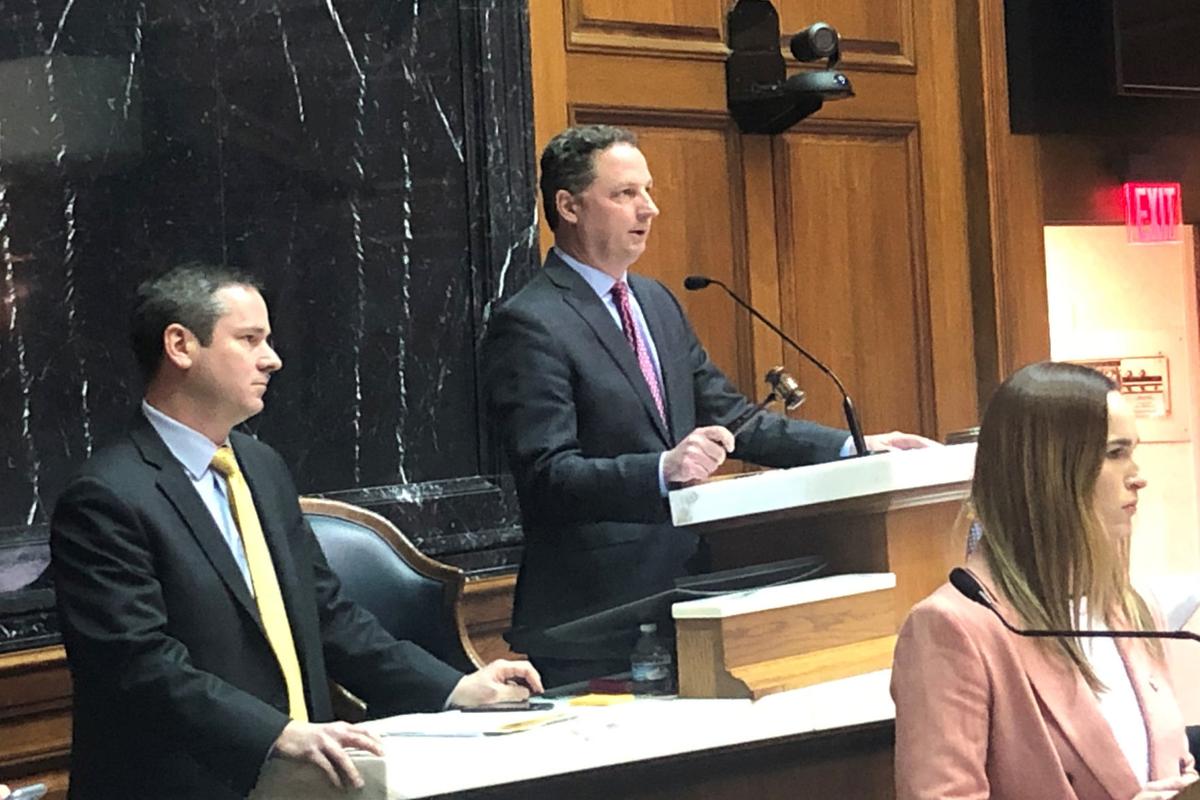 Indiana House Speaker Todd Huston speaks from the House podium during what is expected to be the final day of this year's legislative on Wednesday, March 11, 2020, at the Statehouse in Indianapolis. (AP Photo/Tom Davies)