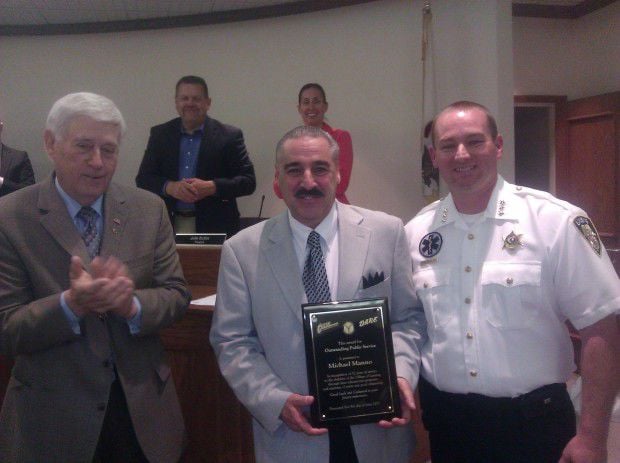 In this file photo from 2013, then-Lansing Village President Norm Abbott, left, congratulates Trustee Mike Manno, center, for his many years of contributions to the village through his work with the Police Department. At right is Lansing Police Chief Dennis Murrin. 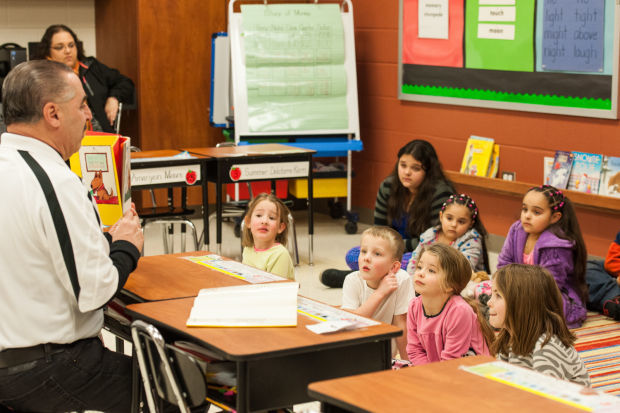 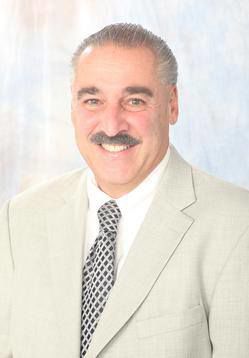 LANSING — Mike Manno, who served Lansing in a wide variety of roles over more than 40 years, died unexpectedly on Sunday. He was 68.

A graduate of T.F. South High School, Manno also was active in local school and youth sports activities. Manno served on the District 171 school board, was president of the T.F. South Booster Club and Lansing Lions Football Organization, and coached in Lansing Girls Softball.

"Every kid in Lansing and Lynwood, he touched their lives somehow," T.F. South football Coach Bob Padjen said. "He was such an outgoing guy, such a nice guy.

"He was always the biggest booster that we've had."

Lansing Mayor Patty Eidam knew Manno for more than 40 years. "Mike was my mentor when I became Lansing's first female police officer 41 years ago," Eidam said in a statement. "We helped each other through paramedic school and so many other accomplishments and difficult times.

"Through the years he has been my friend, supporter and confidant. I will miss him deeply."

More recently, Manno worked as a security guard at Community Hospital in Munster.

Visitation will be from 1 to 9 p.m. on Monday, June 29 at St. John Catholic Church, 301 S. Cottage Grove Ave., Glenwood. A Mass of Christian burial is scheduled for 11 a.m. on Tuesday, June 30 at the church. Attendees are asked to wear masks and observe social distancing.

Smoke began pouring from the engine compartment of a Lexus that crashed Wednesday during a pursuit. The driver, who was not wearing a seat belt, was found unconscious in the wreckage and airlifted to a Chicago hospital, Portage police said.

Witnesses told police the victim intended to drop off gifts for his children and wanted to spend the night with their mother, but she was with defendant Shaughn Nelson that night, court documents state.

"It's over, that's all I can think of: It's over. I had the most amazing, supportive community that you can possibly imagine."

Teen stabbed in the face while walking to gas station

A Gary teen was walking to the gas station when he was attacked by three males, police said.

In this file photo from 2013, then-Lansing Village President Norm Abbott, left, congratulates Trustee Mike Manno, center, for his many years of contributions to the village through his work with the Police Department. At right is Lansing Police Chief Dennis Murrin.