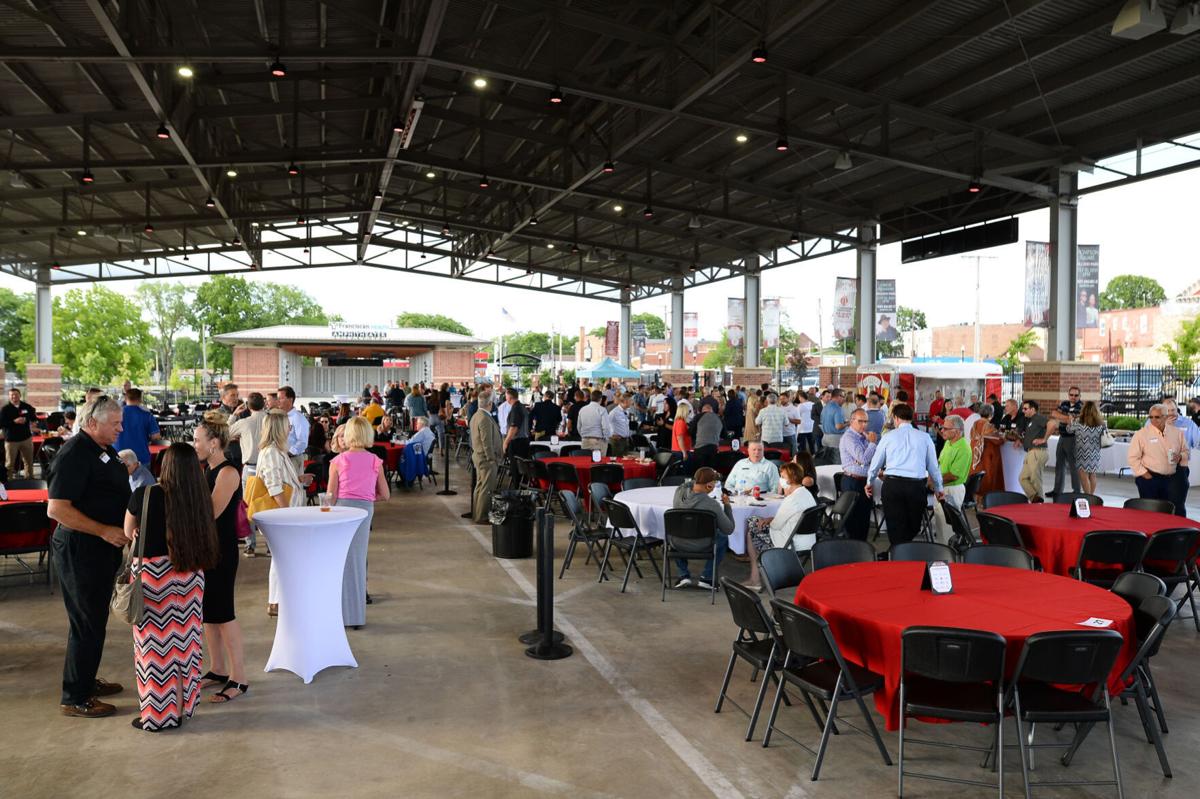 Guests network June 22 before the start of the State of the City event at at Bulldog Park in downtown Crown Point. 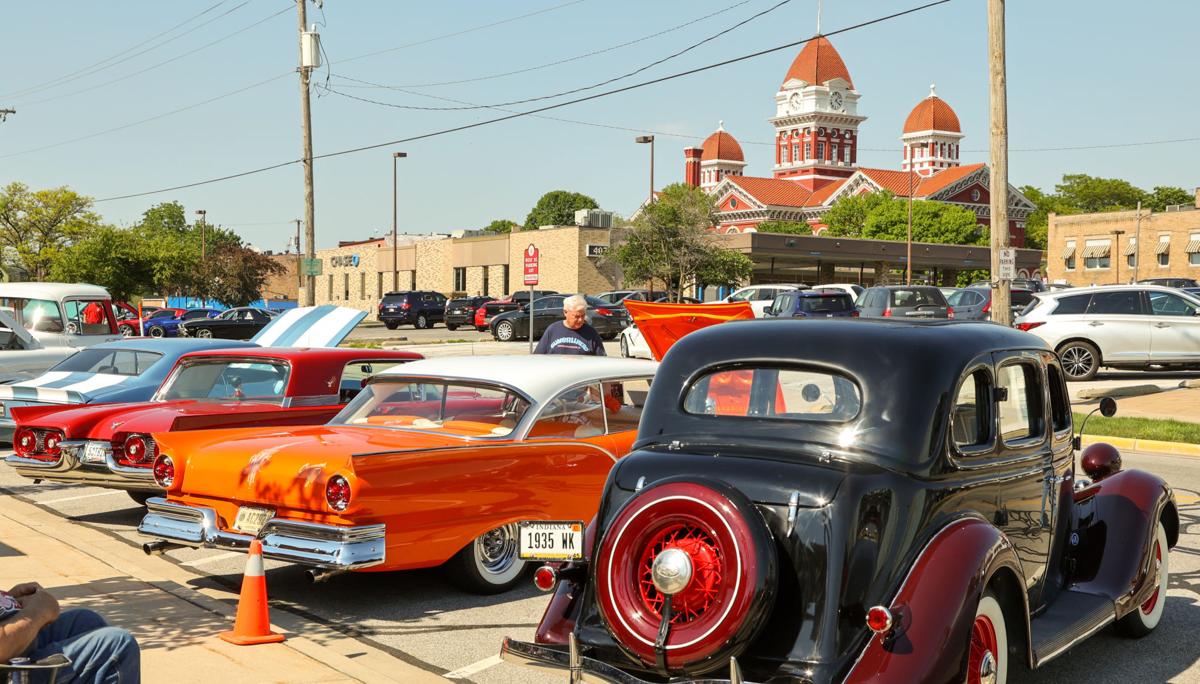 In the shadow of the Old Lake County Courthouse, custom, antique and some newer cars line West Street by Bulldog Park June 3 for the city of Crown Point's car cruise, held on Thursdays. 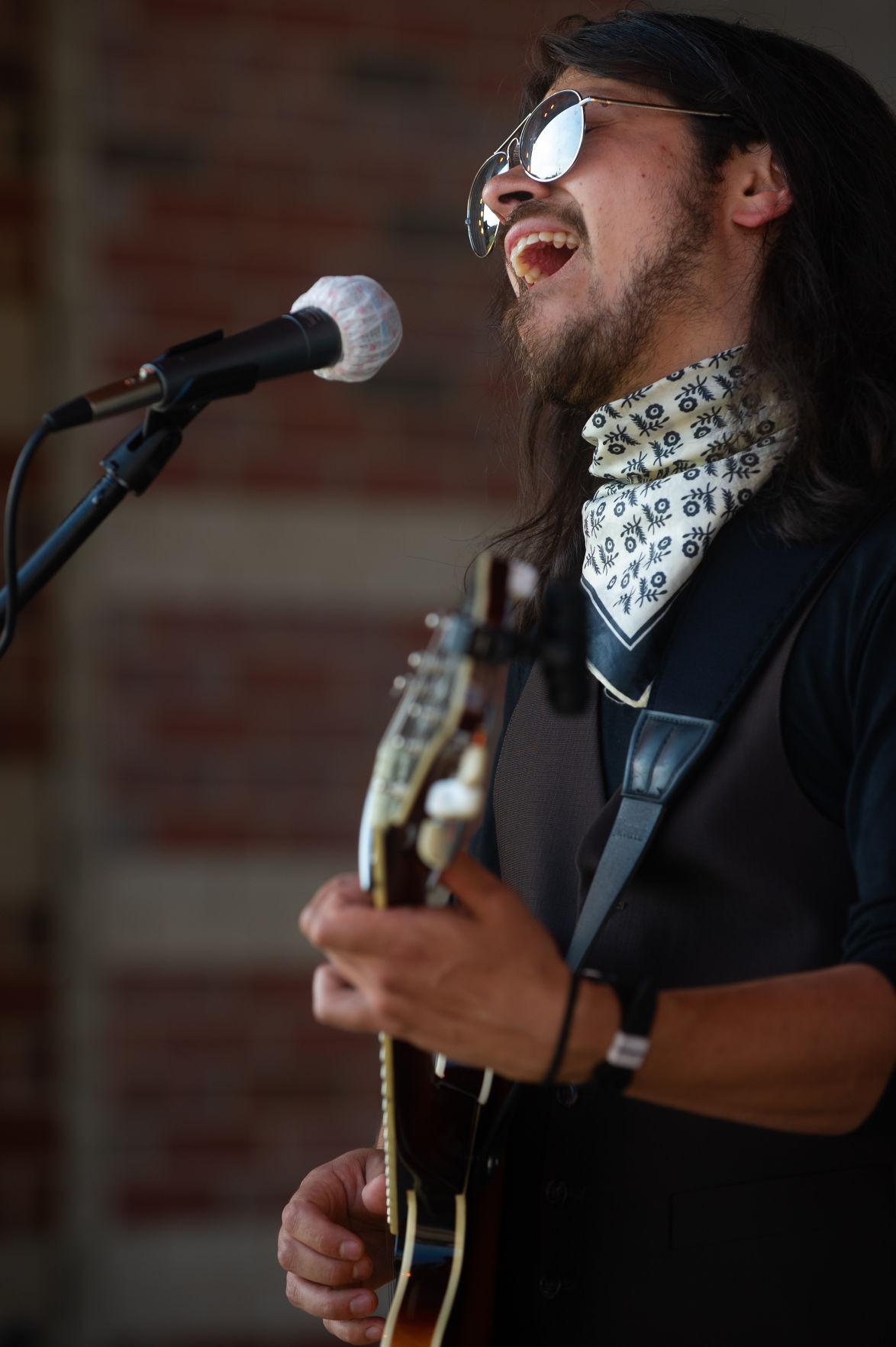 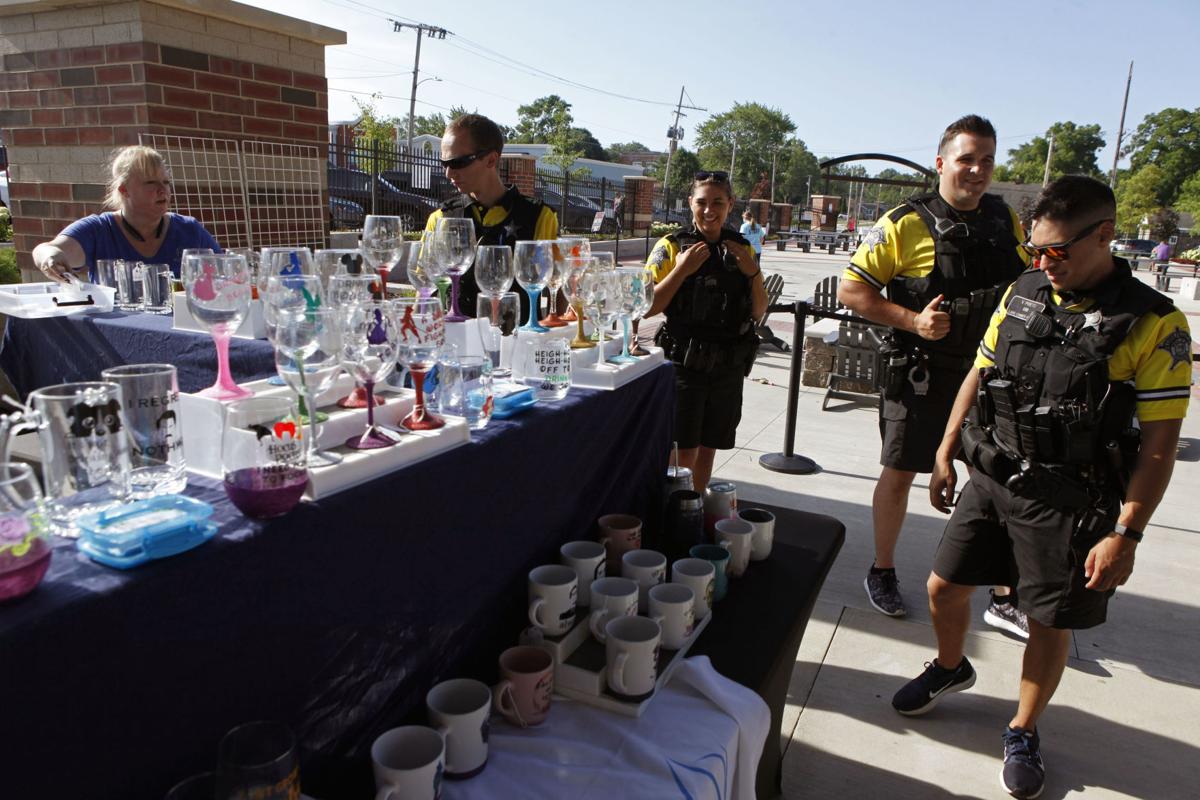 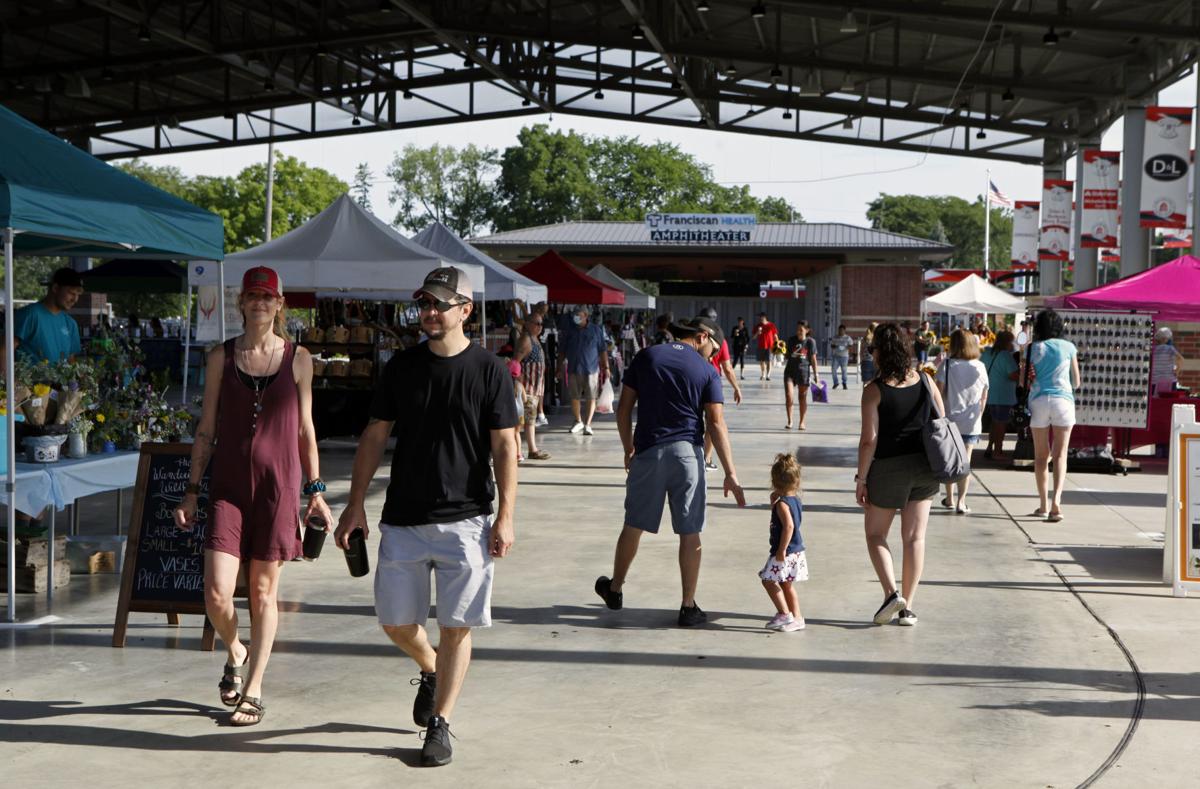 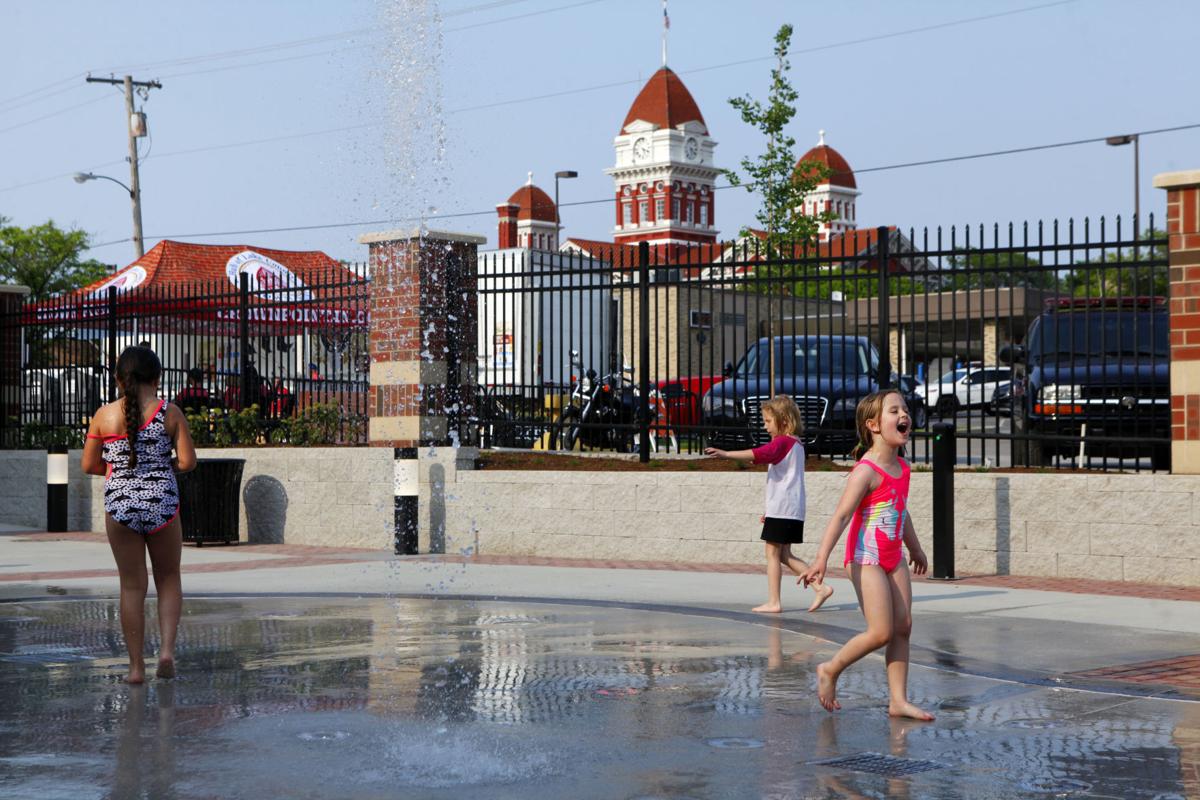 Children play in the splash pad May 31, 2019, during the grand opening of Bulldog Park in Crown Point.

CROWN POINT — Bulldog Park has provided the city with everything it dreamed of since opening two years ago.

And the multi-use facility’s potential is continuing to grow, city officials told The Times recently.

In the coming weeks, two national country music acts — Thompson Square and Jerrod Niemann — are set to hit the stage at Franciscan Health Amphitheater at Bulldog Park; it’s the first time the city is hosting national entertainment on its own.

“It was really exciting to see, having a national act. So we're excited to have Thompson Square and Jerrod Niemann come to Crown Point and really provide a great concert to the community," Bosse said. "I think people are looking forward to live music, looking forward to getting out, and being here.”

Local venues like Bulldog Park and its amphitheater offer Crown Point residents and Regionites alike the chance to enjoy events and entertainment in their backyard, Bosse said.

Since its grand opening in May 2019, Bulldog Park has become a mainstay for various events throughout the city, Bosse said.

Car buffs gather there on Thursdays to admire automobiles new and old while music hums from the amphitheater.

Families looking to evade the hot summer heat line up for the splash pad when temperatures top 70 degrees.

Vendors and shoppers gather for the city's weekly farmers market, held on Saturdays.

Seniors enjoy programming inside the facility, where the city also has its park and special event departments and rooms that can be rented.

In the winter, skaters flock to the NHL-sized ice arena; in the summer, various events such as the corn roast or the brew fest take over the space previously occupied by the ice rink.

The amphitheater also served the community during the pandemic by offering a safe, distanced space for events such as dance recitals, Bosse said.

"We actually have our first wedding booked for Oct. 9. ... I think the opportunities here are endless," Bosse said.

And it's all steps away from the city's beloved square, Bosse pointed out.

"The nice thing about it, too, is that before for events, we were having to shut down the square. We were having to block traffic," Bosse said. "It was taking away parking from the downtown businesses, where now they can still have their functions ... and it hopefully complements them."

The venue was named 2019 Venue of the Year by the South Shore Convention and Visitors Authority.

Crown Point Mayor David Uran pointed out since opening, the facility has yet to be open for 12 months consecutively, due to how construction was phased and the coronavirus pandemic.

Despite not seeing an uninterrupted year of being open, Uran said Bulldog Park is "everything we wanted out of that facility, and more."

"The best days are yet to come,” the longtime mayor told The Times.

The venue is an example of how the city is pivoting its parks and recreation activities, as people "clamor" toward sporting and entertainment events, Uran said.

Bulldog Park has hosted its fair share of sporting events, from hockey games to a recent mixed-martial arts fight.

Uran said the city is thankful to the Dean and Barbara White Family Foundation, and the Crown Point Redevelopment Commission for making the city's vision for Bulldog Park a reality.

Tickets for the Thompson Square and Jerrod Niemann concert are available through Eventbrite at https://www.eventbrite.com/e/154429293173.

Guests network June 22 before the start of the State of the City event at at Bulldog Park in downtown Crown Point.

In the shadow of the Old Lake County Courthouse, custom, antique and some newer cars line West Street by Bulldog Park June 3 for the city of Crown Point's car cruise, held on Thursdays.

Children play in the splash pad May 31, 2019, during the grand opening of Bulldog Park in Crown Point.