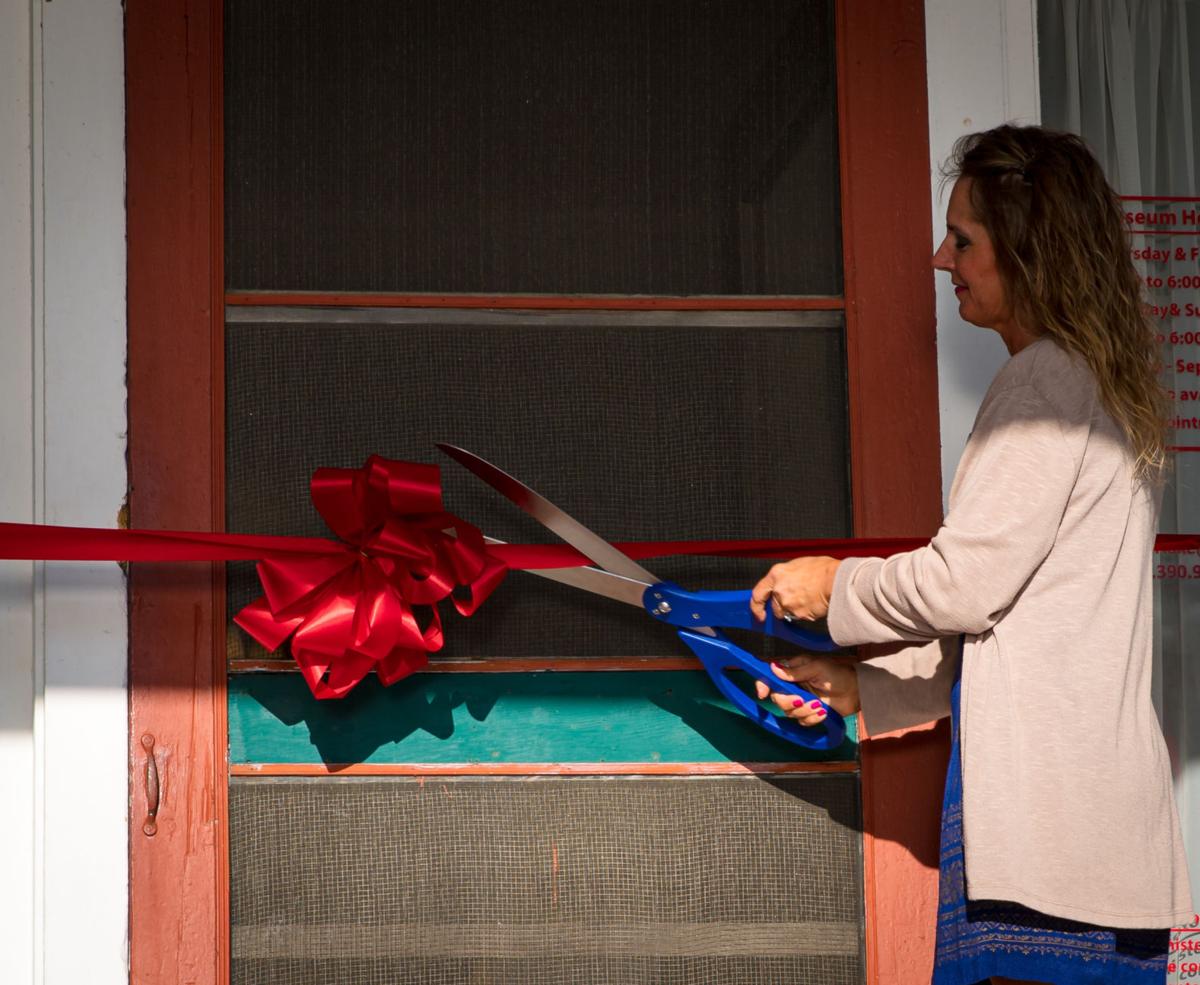 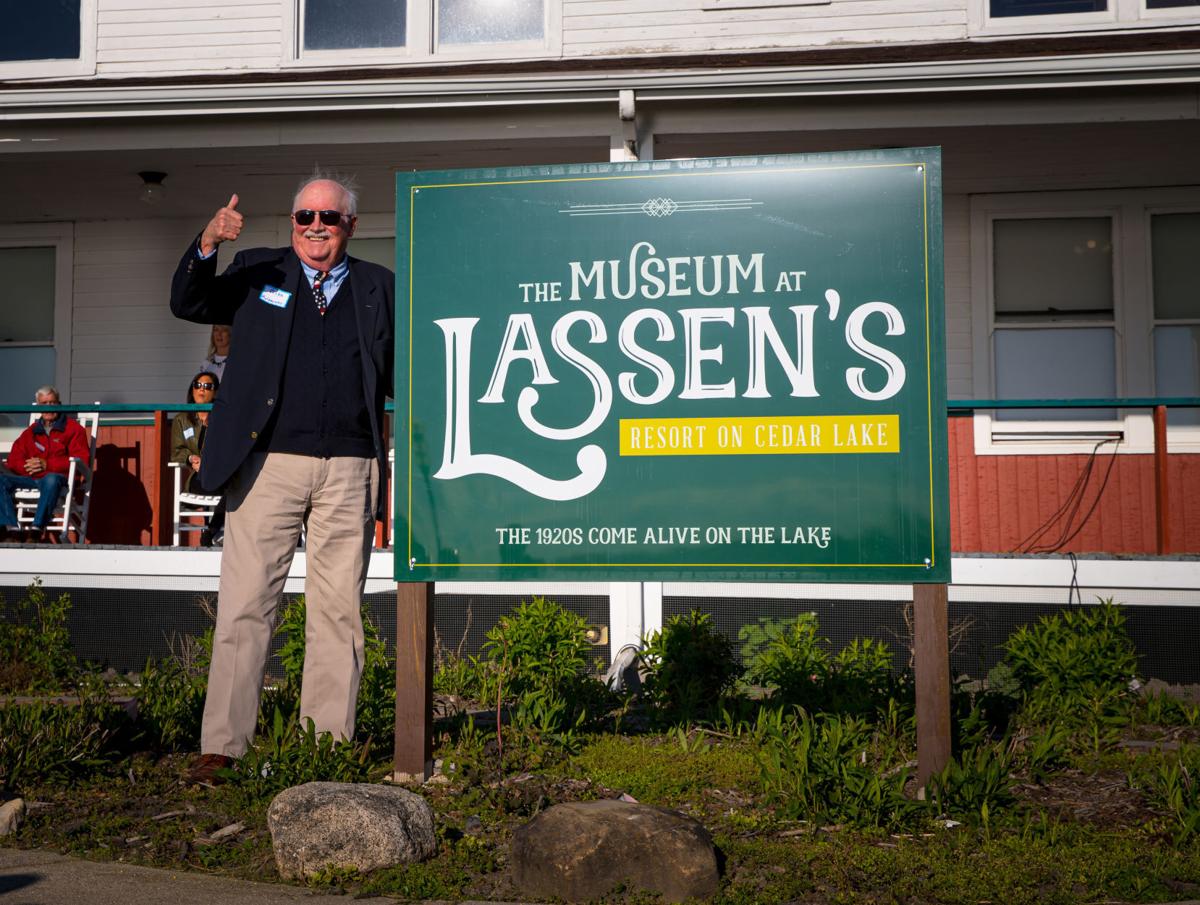 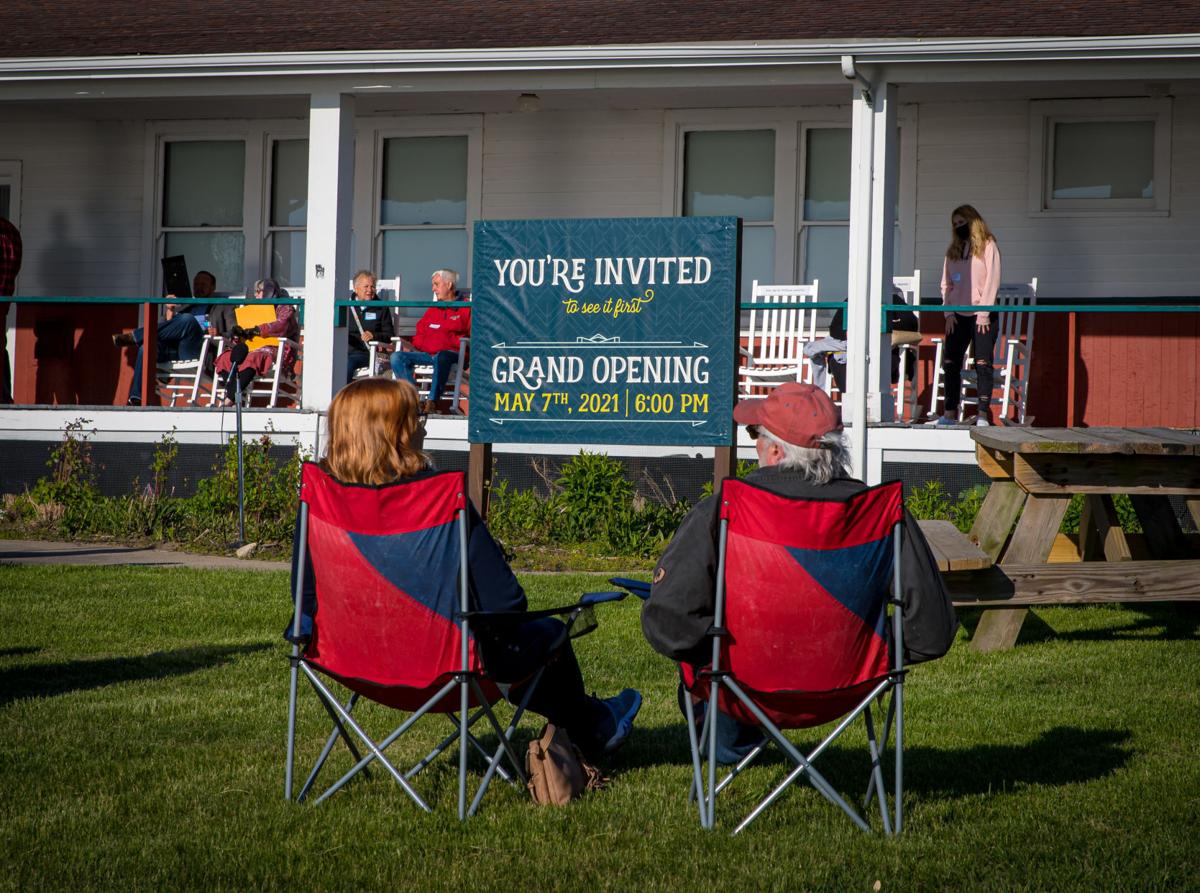 Prior to the grand reopening of the Cedar Lake Historical Association Museum, guests enjoy the sun on the lawn Friday evening. 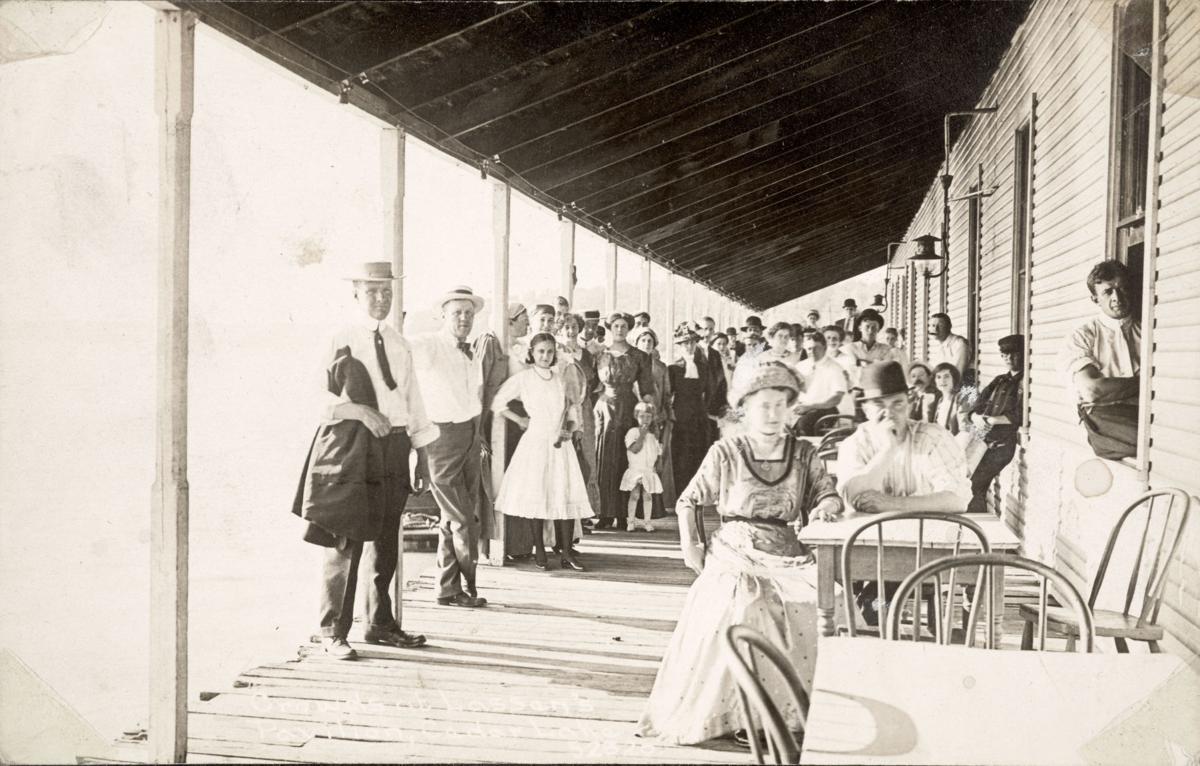 A crowd of guests gather on the Lassen Brothers Dancing Pavilion porch in this undated photo. 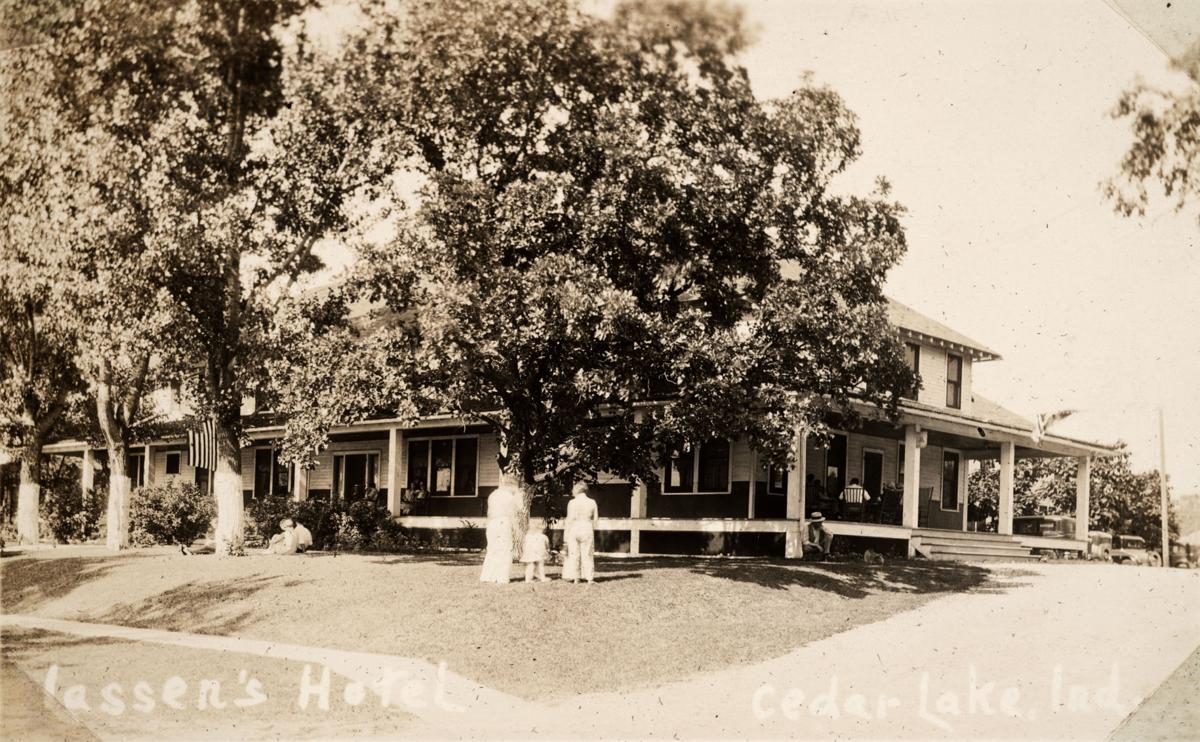 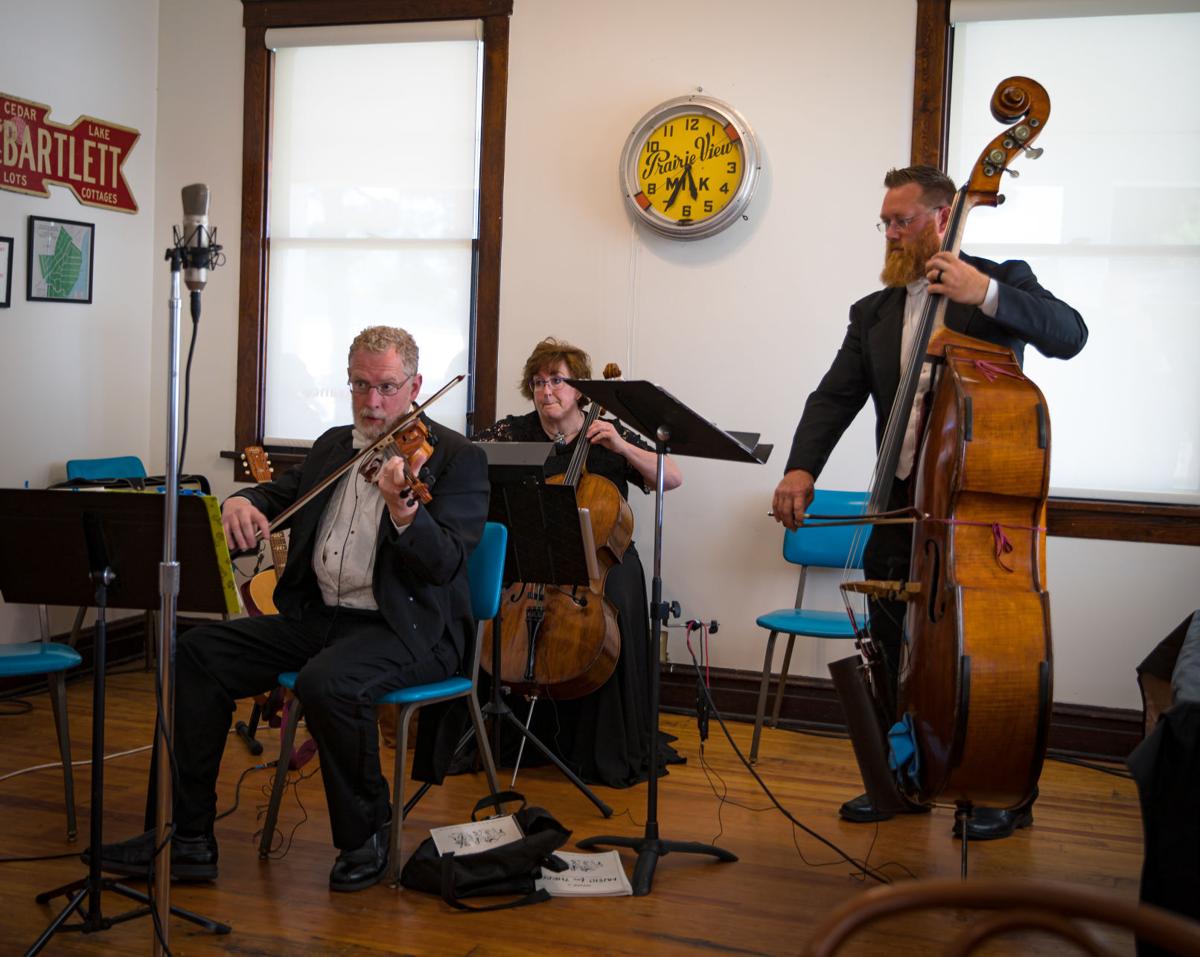 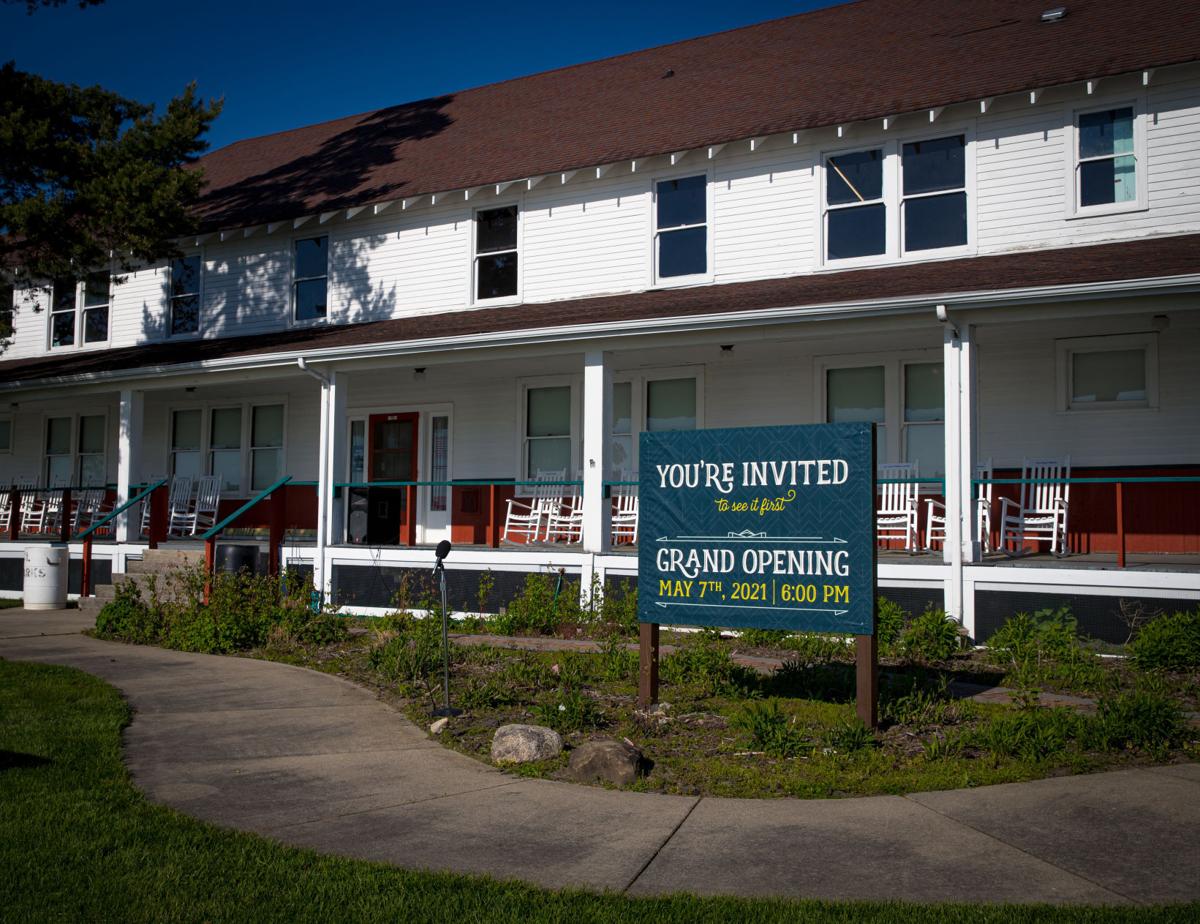 On Friday evening, hundreds of Northwest Indiana residents came together to celebrate the grand reopening of the Cedar Lake Historical Association Museum. 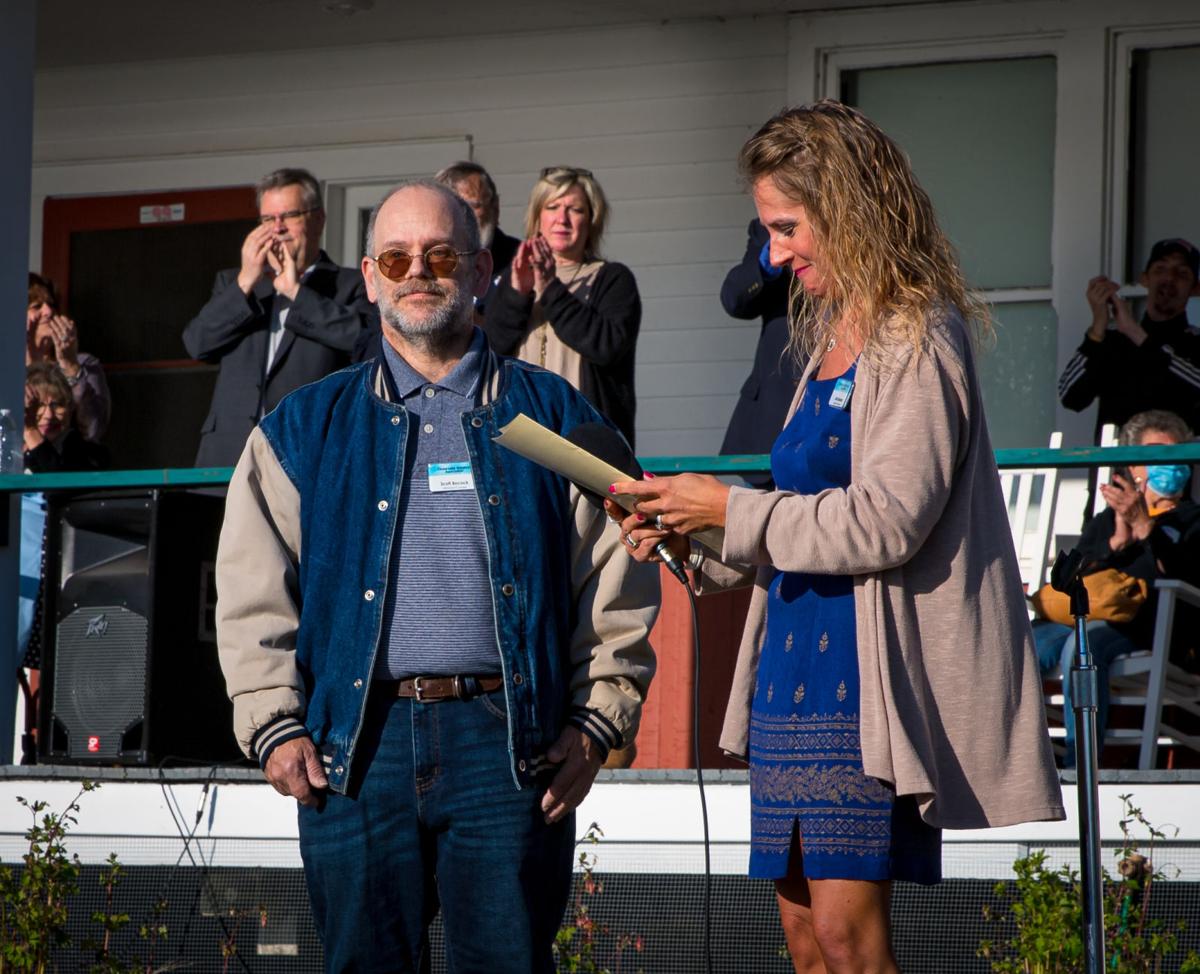 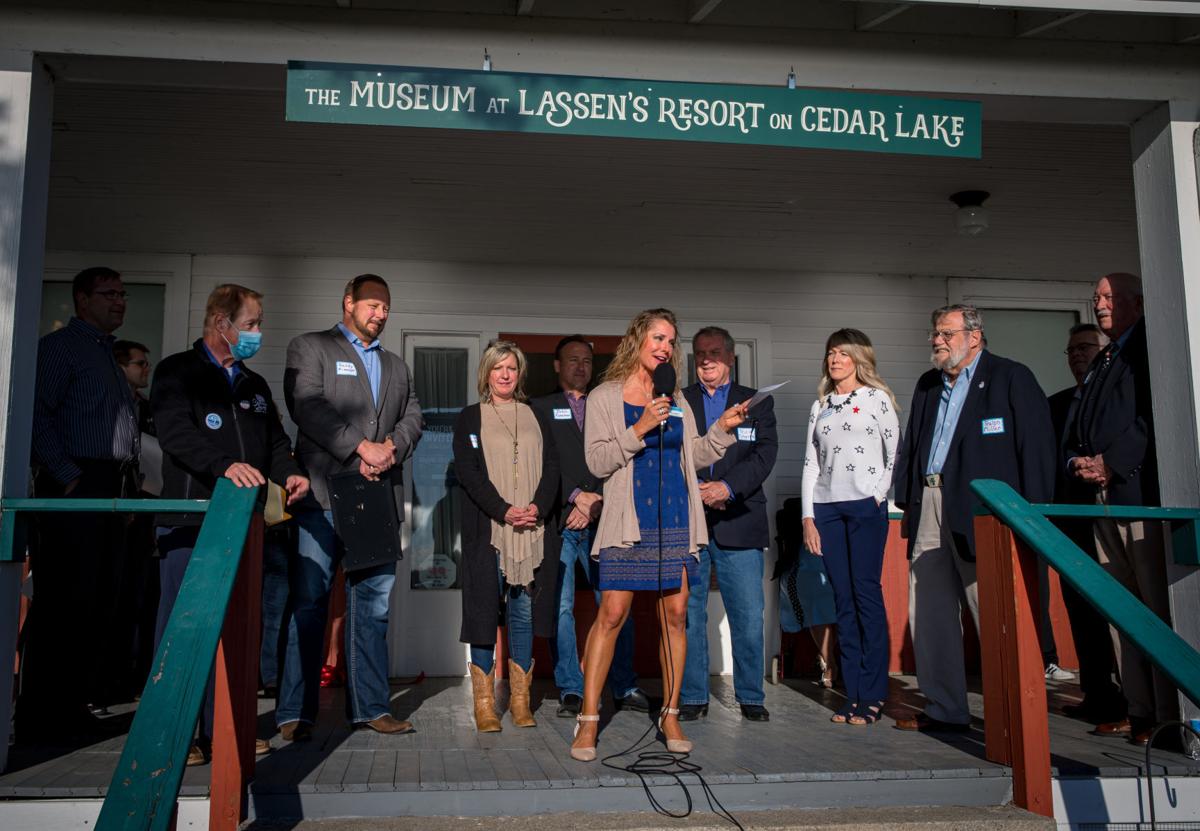 CEDAR LAKE — Bright blue skies, a slight chill and the hum of 1920s music ushered in a new, yet old, era for the Cedar Lake Historical Association Friday.

Dozens gathered on the lakeside lawn to celebrate the 100-year anniversary of the grand opening of the Lassen Resort Hotel, which officially opened on May 7, 1921.

The resort hotel now houses the historical association's museum, which officially opened for the season Friday with new exhibits and a new name that harks back to the building's roots — The Museum at Lassen's Resort on Cedar Lake.

"The resort was founded in 1896 when Chris Lassen started Lassen's Resort with his steamboat service from the Monon Depot over here to his resort, as well as other other places around the lake," Julie Zasada, executive director of the historical association, told The Times.

The seven new exhibits, called The Story of Cedar Lake, were a part of a $50,000 redesign project, funded by a grant from the Indiana Historical Society, and showcases "the ways in which Cedar Lake is relevant to the Region and the nation, and really, the world," Zasada said.

The resort hotel first opened its doors at the height of the Resort Era, also known as the Golden Age, in Cedar Lake, which began in 1881 with the arrival of the Monan Railroad and lasted until the Great Depression, Zasada noted.

In its heyday, the resort hotel had a dance hall that floated on piers on the lake, a buffet restaurant, a saloon, steamboat excursions around the lake, a water slide, canoeing, fishing, a miniature golf course, an orchard and cottages for rent, Zasada said.

At one time, there were about 50 resorts around the lake, a museum guide said during tours Friday.

The resort hotel was built in 1920, though half of the building was constructed in the 1890s and was brought across the frozen lake to its current location, Zasada said.

"The wing of the building where we have the museum exhibits was constructed in 1890 on the other side of the lake and operated as the Armour Brothers boarding house for the meat packing company out of Chicago. The ice harvesters lived there for the winter season, which was about six to eight weeks, while they were cutting ice off the lake," Zasada said.

"In the winter of 1919, when Chris Lassen purchased the abandoned hotel, he moved it across the frozen lake to the site that we sit on."

After the resort hotel closed its doors, it was operated as a Lake Region Christian Assembly summer camp from the mid-1940s to the mid-1970s.

The town then acquired the property, and the historical association saved the building from demolition and later opened the museum on Oct. 18, 1986, Zasada said.

"It's really the last of Cedar Lake's Resort Era. There is no other publicly accessible community benefit space like we are, that's available for citizens and guests to our town to enjoy," Zasada said. "We are the last last entity from that era."

Northwest Indiana motorists planning to travel Interstate 65 through Indianapolis over the next 18 months should instead consider taking I-465 around the state's capital city in most circumstances.

Prior to the grand reopening of the Cedar Lake Historical Association Museum, guests enjoy the sun on the lawn Friday evening.

A crowd of guests gather on the Lassen Brothers Dancing Pavilion porch in this undated photo.

On Friday evening, hundreds of Northwest Indiana residents came together to celebrate the grand reopening of the Cedar Lake Historical Association Museum.