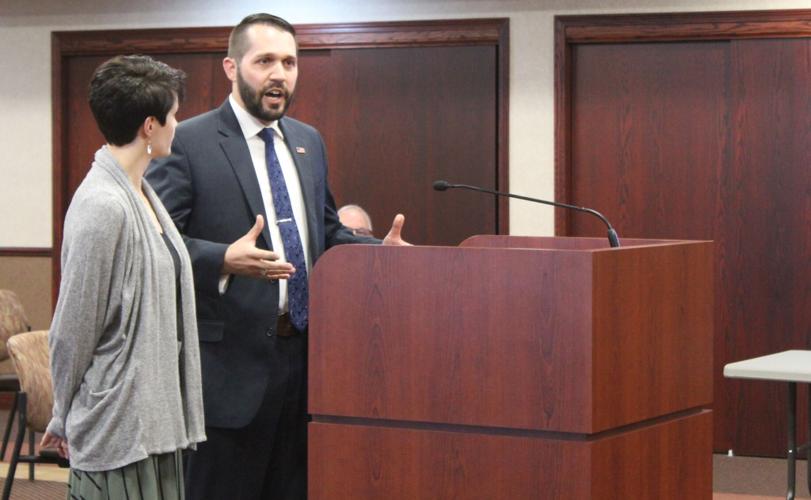 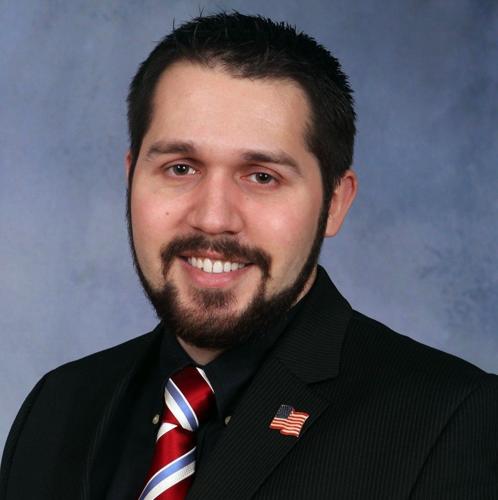 ST. JOHN — The town has named Chris Salatas as its new town manager.

He plans to vacate both roles when he assumes the position of town manager between June 15 and 26.

"I'll be happy to downsize to the town of St. John and to be more local. My passion is local government. You can affect and improve people's lives a lot more substantially," Salatas said. "You can actually see some tangible changes, as opposed to the federal government."

The council also unanimously approved an amendment to Salatas' contract, which includes an annual salary of $100,000, to reflect Salatas would receive annual raises consistent with and the same as the majority of other town employees.

A longtime Lowell resident and two-term councilman, Salatas began his tenure with the Lowell Town Council as the 4th Ward representative in 2014, where he has served as president for the majority of his terms.

Addressing the town of Lowell's historic water supply issue; bringing in private business investment; creating jobs; paving more than $1 million in roads annually; expanding the town's tax increment financing district; implementing a facade grant program; and beginning the redevelopment of downtown and Liberty Park are a few initiatives Salatas told The Times he was proud of.

Salatas is an Eagle Scout, as well as a Knight of St. John. He received his bachelor's degree in political science from Indiana University Northwest, and is currently working on his Master of Business Administration from the University of Arizona.

He also recently completed the McColly School of Real Estate with his wife, Jessica. Both enjoy gardening and are looking forward to starting a family in town, Salatas said to the council Wednesday.

"We're really excited. This is going to be great. St. John is one of the premier communities in not just Northwest Indiana, but the state of Indiana," he said. "I'm looking forward to all the exciting opportunities and projects you have going on and becoming a part of Team St. John and working with you."

The hiring of Salatas comes as former St. John Town Manager Craig Phillips resigned from the role in January after 10 months on the job. His resignation came following a meeting with Town Council President Gerald Swets, R-Ward 3, and Councilman Bryan Blazak, R-Ward 1, his resignation letter stated.

Of Salatas filling the town manager role, Swets said he thinks Salatas' experience as a councilman gives him an understanding of communicating with residents, while serving with Young has equipped him to "manage multiple departments and spearhead different tasks."

Lowell Town Council President Mike Gruszka was twice elected to the council as a Democrat, but on Monday he announced his decision to change parties.

A local developer is looking to transform a 20-acre parcel of land into a mixed-use planned unit development (PUD) featuring office, residential and retail space.

The Plan Commission approved the primary plat for the single-family subdivision, known as Parrish Woods, pending final site review by the town engineer.

As presented Wednesday, the new plan would slash the residential density of the mixed-use development by a third, decreasing town home units from 34 to 24 mixed residential units.

Though the seeds were planted a few years ago, the Patnoe Park Family Gardens in St. John are finally in bloom.

Two subdivisions with more than 100 lots are looking to call St. John home. Plans for the subdivisions were discussed during the Wednesday St. John Plan Commissions study session.

The Lake Hills Fire Department now has an advanced life support ambulance in its arsenal.

The fee will help the town fund new street infrastructure in newly developed parts of St. John, according to the town's 2021 Road Impact Fee study.

Chris Salatas, who previously served as the Lowell Town Council president and Ward 4 councilman, began his role as St. John town manager June 15, and so far it's "going pretty well."

"St. john is a great community, and we want to take to the next level."

Trump's tax returns are handed over to House Committee

Trump's tax returns are handed over to House Committee