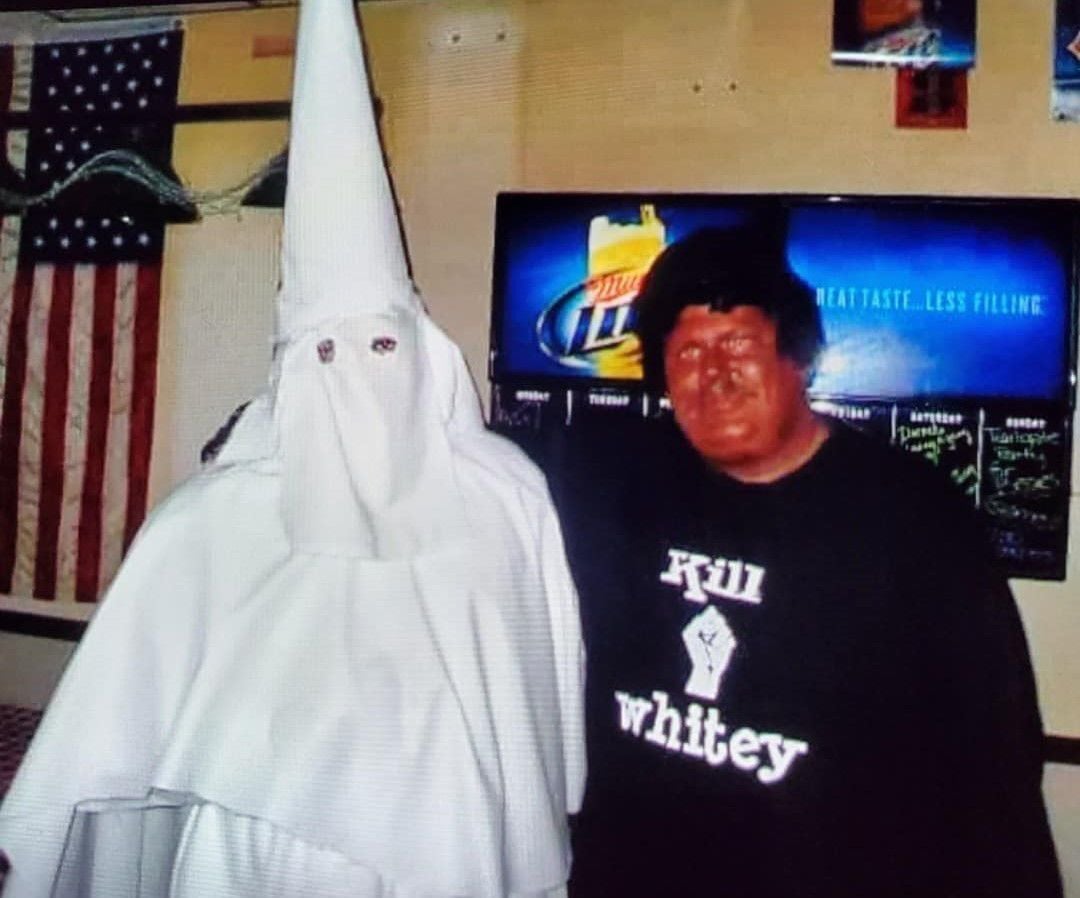 Merrillville Town Council Jeff Minchuk apologized for this photo, which shows him on the right dressed in blackface. Minchuk's Facebook post states the man in the Klan robe was a black male friend who had coordinated Halloween costumes with him in 2003. 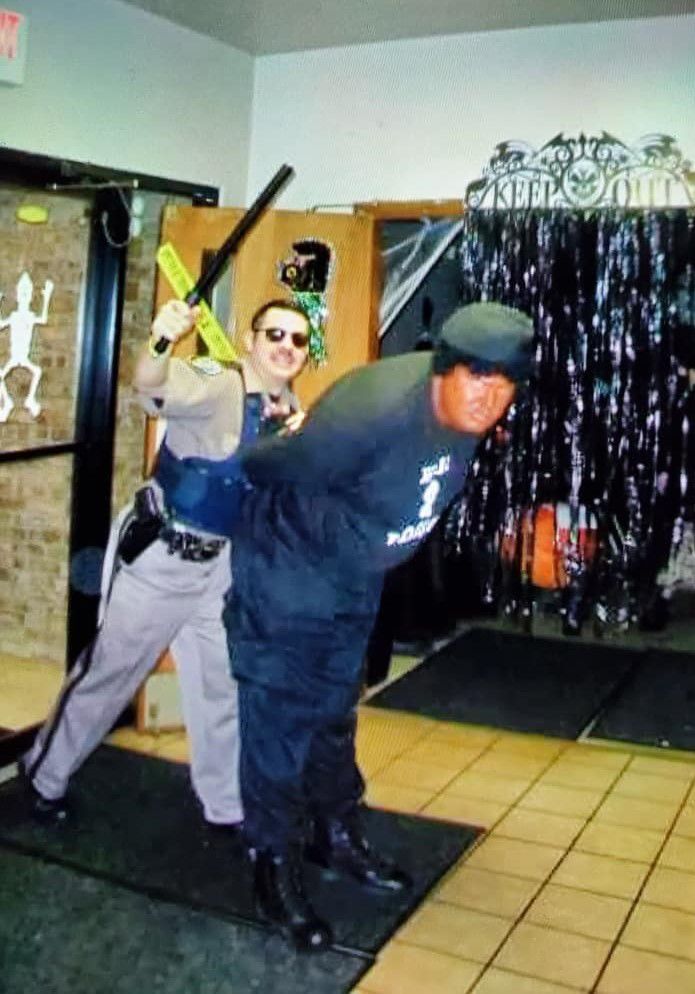 Merrillville Town Council Jeff Minchuk apologized for this photo, which shows him on the right dressed in blackface.

MERRILLVILLE — A Merrillville councilman publicly apologized through a social media post after photos of him wearing blackface at a past Halloween party surfaced recently.

The apology was posted Saturday to the Facebook page of Councilman Jeff Minchuk, who also is a Lake County Sheriff's Department police officer.

"I blame no one else for what happened, it was my decision and a poor one at that. The thing that bothers me the most is, that this is not who I am," Minchuk wrote. "I never have been or ever will be involved in any type of racism."

Minchuk currently serves as the Merrillville councilman for Ward 3. The photos were obtained by The Times from sources familiar with the situation and who confirmed Minchuk is the man wearing blackface in both of them.

Minchuk did not respond to Times inquiries seeking comment Saturday.

The photos, which reportedly were taken about 2003 at a Halloween party, show Minchuk wearing blackface and a wig of black curly hair and a sweatshirt that says, “Kill Whitey.”

In the photos, he is standing next to a person dressed in a Klu Kux Klan robe. Another photo shows a man dressed up as a police officer holding a prop baton in the air with Minchuk posed with his hands behind his back.

Minchuk's Facebook post states the man in the Klan robe was a black male friend who had coordinated Halloween costumes with him.

The post states that Minchuk and his friend were portraying characters from a popular comedy skit from the Dave Chappelle Show, which includes a white supremacist who is black. He said he and his friends discussed the show, and it sparked an idea for Halloween costumes.

"We were all in our mid-twenties to early thirties at the time," the Facebook post states. "After having a conversation with one of my good friends about the show, we had the idea to attend a Halloween party and dress up as characters based on the show. My good friend, who is African American, went as the Black white supremacist and I went as the opposite. We thought that switching races for the party would be comedic, just like the show’s skit. We were hoping to show people that, even though this is comedy, that we can all get along no matter what."

The post states that the costumes were meant to be humorous, claiming there was no ill-intent and that the photos from the party have been public for many years.

"As I got older, I realized that this idea was a poor decision, and I can see how the pictures might be viewed and questioned today," Minchuk's post states. "It has come to my attention that these pictures have been circulating with obvious questions. I have no concern as to how they surfaced or who have brought them to light. I am releasing this statement to inform anyone who may have questions about these pictures, of the intent of the party costume, as well as who I am as a person."

The post states the councilman has close friends of all races and notes he is bothered by racism.

"For those of you who have viewed these pictures and have questions, I assure you again, there were no bad intentions," the Facebook post states. "You have my deepest apologies for any confusion this may have caused, and I have certainly learned and grown due to this experience. ...

"I have to admit, this situation has really been weighing on my mind for a long time, simply because it is not who I am."

Merrillville Town Council President Rick Bella said in an emailed statement to The Times the costume and theme of the joke was "inappropriate behavior for anyone, at any time, and at any adult age, even if done for the sake of humor."

Bella said the Town Council will meet next week to decide the appropriate next steps.

Lake County Sheriff Oscar Martinez said he does not condone the past behavior shown in the photos.

Minchuk currently does not hold a leadership position in the department.

“It’s disrespectful, irresponsible and in bad taste,” Martinez said. “As it stands this happened around 10 years ago before I became sheriff, but if something like this were to happen under my administration, this behavior would not be tolerated. This does not represent who we are. And as a public official, he is subject to the response of his constituents.”

See a day in the life of Portage Patrolman Brian Graves in the latest installment of Riding Shotgun with NWI Cops.

The eldest of the group, a 23-year-old East Chicago woman, was airlifted to a Chicago-area hospital in serious but stable condition, police said.

Conservation officials said Hoosiers should always avoid driving through floodwaters and instead seek alternate paths to their destinations.

Conversation continues regarding Merriillville councilman seen in blackface in photos

On Tuesday, it was announced the town will start its first study circle session on April 13 to focus on diversity.

Merrillville Town Council Jeff Minchuk apologized for this photo, which shows him on the right dressed in blackface. Minchuk's Facebook post states the man in the Klan robe was a black male friend who had coordinated Halloween costumes with him in 2003.

Merrillville Town Council Jeff Minchuk apologized for this photo, which shows him on the right dressed in blackface.