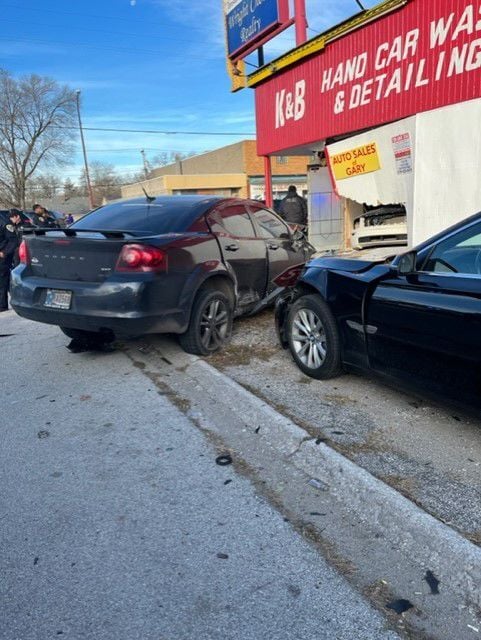 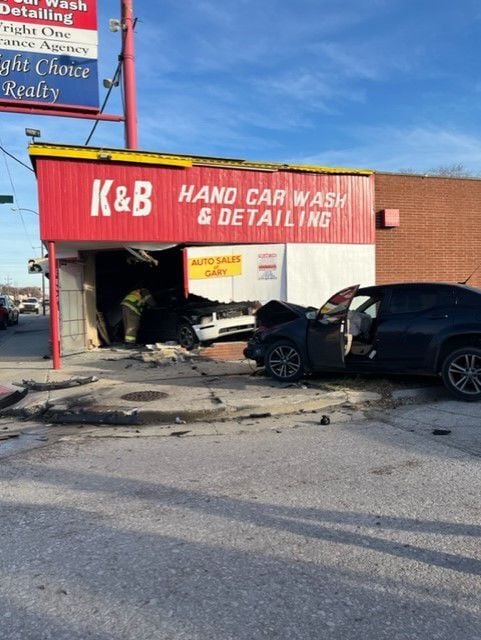 Damage was done to a business located on the northeast corner of 50th Avenue and Broadway. 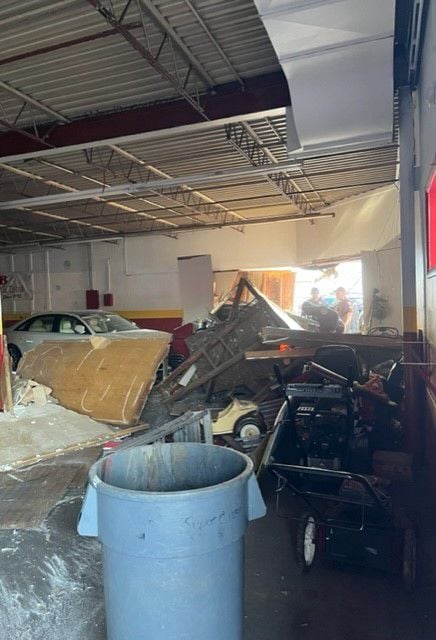 The crashes wrecked the business's interior.

HOBART — One person was ejected into a car wash following a pursuit Tuesday morning, police said.

The incident began at 9:39 a.m. Tuesday a Hobart officer was in the area of 37th Avenue and Liverpool Road when a black Dodge Avenger was seen speeding at 65 mph in a posted 35 mph zone and making unsafe lane changes, police reported.

The officer pulled the vehicle over at 37th Avenue and Liverpool Road and discovered the driver had a suspended license.

The officer approached the driver to say her license was suspended and her vehicle would need to be towed, however as he began to open her door and have her step out, she sped away.

As she fled east 50th Avenue, she struck a northbound vehicle as she tried to go east across 50th Avenue and Broadway.

As the fleeing woman hit the driver's side of the northbound vehicle, the impact forced it to strike another vehicle and crash into the interior of the car wash and detailing business located on the northeast corner of 50th Avenue and Broadway, police said.

The driver of the northbound vehicle was ejected and landed inside of the business, Gonzales said.

Both the woman who led the chase and the driver of the northbound vehicle were transported to local area hospitals. Their conditions are unknown.

Both of the vehicles were impounded from the crash scene.

Hobart police are working on the investigation and charges will be presented to the Lake County Prosecutor's Office.

The potential criminal charges police intend to file are fleeing law enforcement by vehicle, reckless driving, driving while suspended, as well as additional charges or enhancements depending on the outcome of the toxicology results. Her identity will be released once the charges are accepted.

The Gary Police Department conducted the crash investigation and assisted Hobart police at the scene.

"The Hobart Police Department would like to thank the other assisting agencies for their assistance," Gonzales said.

Thomasina F. Alexander, 26, of Gary, remained at a Chicago hospital Friday for treatment of injuries she suffered in the crash, police said.

Damage was done to a business located on the northeast corner of 50th Avenue and Broadway.

The crashes wrecked the business's interior.