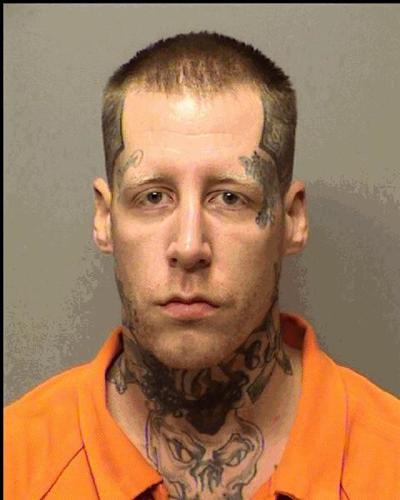 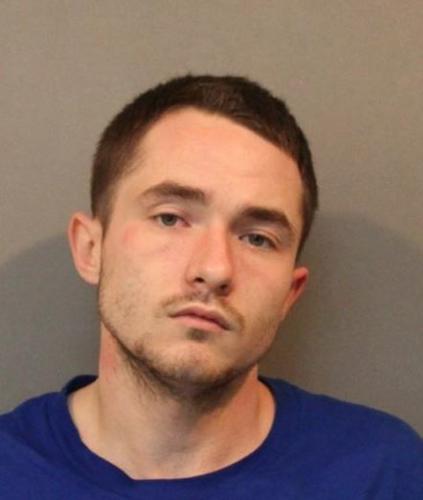 CROWN POINT — Two men were charged Friday with robbing a Lyft driver Sept. 23 in Gary, shooting him to death and later burning his SUV on the city's West Side.

Robert E. Simms III, 33, and Isaih Darnell Lenburg, 24, both of Gary, were being held without bail on two counts of murder, robbery resulting in serious bodily injury, armed robbery and arson. Neither of the men had entered pleas yet.

Lyft driver Glynon Nelson, 38, of Crown Point, cooperated during the robbery, but Simms shot him anyway, according to Lake Criminal Court records.

Lenburg is accused of taking a gun from the glovebox of Nelson's vehicle.

Gary police found Nelson's body about 11:30 p.m. after a passerby called 911 to report a male lying on the side of the road.

Nelson had been shot twice in the back. Police found several spent shell casings near the body, court documents state.

Simms and Lenberg drove Nelson's 2018 Mitsubishi Outlander around for a while before setting it ablaze in the area of West 23rd Avenue and King Street, court records state.

The Gary Fire Department extinguished the fire, but Gary police did not learn about the vehicle until Oct. 1, according to court documents.

Nelson's family and friends remembered him last month as a dedicated husband, family man, community leader and mentor. He coached a basketball team and was known by many as "Coach Glyn."

Simms is accused of firing a gun early Monday as he attempted to run from Portage police. He later surrendered and was arrested without further incident, according to a police report.

Portage police were investigating a robbery about 2 a.m. outside a Super 8 motel in the 6100 block of U.S. 20, according to a police report.

Investigators developed Simms as a possible suspect and learned from police in Lake County that Simms and another person were being investigated in connection with similar crimes, the report states.

Police learned Simms and the other person were traveling in a white Pontiac minivan, which they located near the Super 8.

About 4 a.m., Simms and two other people returned to the minivan, and police attempted to block it in to take detain them, the report states.

Simms took off running, and officers heard a gunshot from the direction he ran, police said.

After Simms surrendered, he appeared to be showing signs of a drug overdose and admitted to ingesting a large amount of narcotics while he was hiding in a wooded area, the report states.

Simms was charged with felony resisting law enforcement and criminal recklessness. He made an initial appearance Friday, and a public defender was appointed to represent him.

Simms also was wanted on a warrant out of Lake County that was issued earlier this month after prosecutors filed a petition to revoke his probation in a 2015 robbery case.

In that case, a Lake Criminal Court judge pro tempore gave Simms a six-year sentence in December 2018. Simms was to serve four years in prison and two on probation.

As a condition of his probation, Simms was ordered to obtain a mental health evaluation and complete any recommended treatment. He also was required to "adhere to his prescribed medication regimen," court records show.

Robert E. Simms III, 33, is accused of robbing a Park Forest man of drugs and shooting him to death, then burying his body in the 8600 block of Juniper Terrance in Gary's Miller section.

Robert E. Simms III, 33, and Isaih Darnell Lenburg, 24, each were arrested in the days after an alleged robbery in Portage and subsequently charged in two homicides in Lake County.

'The game is over,' Google researcher says human-level AI intelligence has been reached

'The game is over,' Google researcher says human-level AI intelligence has been reached

Study: Pollution kills 9 million people around the world each year

Study: Pollution kills 9 million people around the world each year

Whoa! Scientists finally know why these dolphins are lining up to rub against coral

Whoa! Scientists finally know why these dolphins are lining up to rub against coral