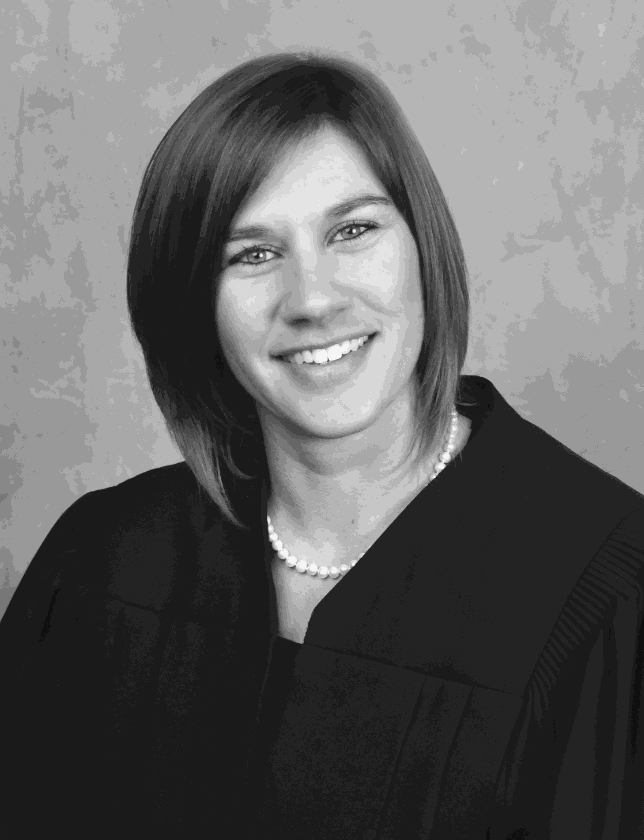 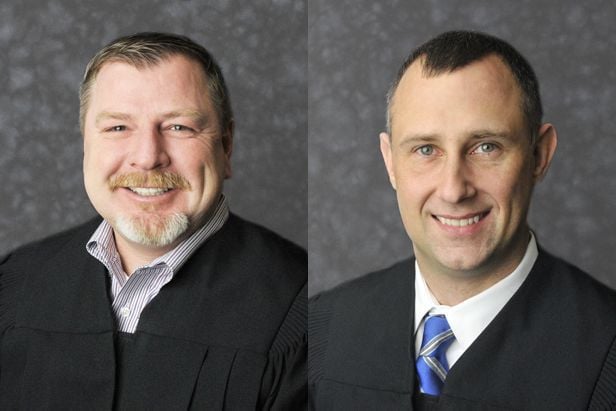 INDIANAPOLIS — A night of bar-hopping in the state's capital. A spontaneous trip to White Castle. A middle finger, perhaps raised in bad taste, at a passing car.

And then, two judges get shot.

These series of events are why three Indiana judges are in hot water this week, facing disciplinary action from the Indiana Commission on Judicial Qualifications, according to Indiana Supreme Court records released Friday.

"The commission alleges misconduct related to the judges’ behavior on May 1, while in attendance at a judicial education conference, which led to a physical altercation and resulted in Judges Adams and Jacobs being shot. Each judge has 20 days to file an answer to the charges," the news release states.

A night out in Indy

Adams, Bell and Jacobs traveled to Indianapolis for a work-related conference, met up for drinks with several other judges, records show.

They ultimately wound up at Brothers Bar & Grill about 12:30 a.m. May 1. There, they continued to drink, socialize and play darts and cornhole until 3 a.m., records show.

Later, Bell, Adams, Jacobs, and a magistrate judge not facing disciplinary action, attempted to go into a gentlemen's club but it was closed.

At about 3:15 a.m., the four walked over to the nearby White Castle, 55 W. South St., and the magistrate judge went inside.

Two minutes later, a blue sports utility vehicle driven by Alfredo Vazquez, with Brandon Kaiser as a passenger, drove past the three judges.

"Either Vazquez or Kaiser yelled something out the window which drew the attention of the judges, and Judge Bell extended her middle finger to the occupants of the SUV," according to charging documents.

Vazquez and Kaiser parked the SUV and a heated verbal altercation ensued between the parties, with "all participants yelling ... and making dismissive, mocking or insolent gestures toward the other group," records state. Adams and Jacobs moved towards Vazquez and Kaiser, and a physical confrontation ensued.

While on top of Kaiser, with his fists raised, Jacobs reportedly remarked: "OK, OK, we're done, we're done," or "This is over. Tell me this is over," or words to that effect, records show.

Once Jacobs was pulled off of Kaiser, Kaiser sat up and Adams "came over and kicked Kaiser in the back," records state.

That's when Kaiser pulled out a gun and shot Adams in the in the stomach and Jacobs twice in the chest, records show.

In an interview with police, Bell allegedly said: "I'm not denying that I said something or egged it on ... because I drink ... I mean, I fully acknowledge that I drink and get mouthy, and I'm fiery and I'm feisty. But if I would have ever thought for a second that they were gonna fight or that that guy had a gun on him, I would never, never ..."

Records state Bell told police Adams and Jacobs are "very protective" of her.

The alleged gunman, Kaiser, faces several charges including felony aggravated battery, battery with a deadly weapon and other crimes. He has pleaded not guilty and is awaiting trial.

The three judges are facing charges, in part, because "at no time did Bell, Adams or Jacobs attempt to move to another location to avoid further confrontation." Rather, they continued to provoke the two men, charging documents state.

"The Justices of the Supreme Court have final authority to determine what, if any, judicial misconduct occurred. The Court can dismiss the charges, accept or reject a disciplinary agreement between the Commission and each of the judges, appoint a panel of judges to conduct a public hearing, impose a fine, impose sanctions ranging from a reprimand to a suspension to a permanent ban on holding judicial office in Indiana," according to the news release.

Adams pleaded guilty last month to one misdemeanor battery charge in a plea agreement with Marion County prosecutors, who dismissed two felony counts against him. Adams was handed a one-year suspended sentence and will spend no additional time in jail.

A grand jury indicted Adams for his role in the argument.

Both Adams and Jacobs were hospitalized for several days after the shooting. The Indiana Supreme Court suspended Adams with pay after he was indicted in June.

Jacobs wasn't charged in the confrontation and has returned to the bench in the county just north of Louisville, Kentucky.

UPDATE: 2 southern Indiana judges shot, but not likely targeted because of their jobs, police said

A judge is apologizing for a fight outside a White Castle during which he and another judge were shot and seriously wounded.

A man charged with shooting two judges outside a White Castle claims in a Tuesday court filing that he acted in self-defense.