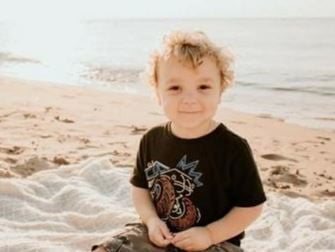 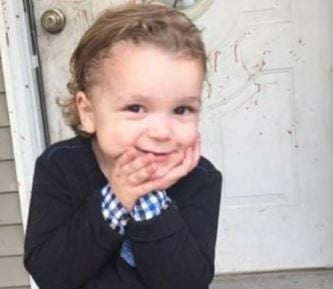 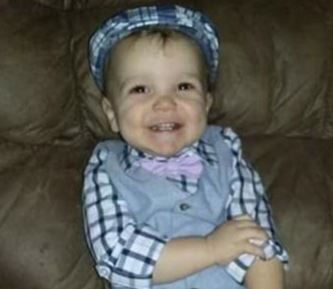 LAPORTE — Before his death, 4-year-old Judah Morgan was repeatedly bound with duct tape, confined in a dark basement for days at a time, beaten and starved, according to court records.

Morgan, 28, was taken into custody Monday, hours after LaPorte County sheriff's police found Judah unresponsive in a bedroom at the family's home in the 3100 block of East County Road 875 South in Hamlet. His vehicle was recovered in Knox, records state.

Judah's mother, Mary E. Yoder, 26, was charged Wednesday with two felony counts of neglect of a dependent and misdemeanor counts of cruelty to an animal and failure to make a report.

Judah was found naked, covered in a blanket and had bruises "all over his body," LaPorte Circuit Court records state. He was unresponsive and had bruises and red marks on his face and head.

A woman and Yoder, who was not home because she left Saturday to give birth to the couple's fifth child, each called 911 early Monday to report Judah was hurt, court records state.

Yoder also told dispatchers Morgan lost his temper and hurt the child and might flee, according to court documents.

Police entered the home through an unlocked door, found Judah unresponsive and removed three other children from the home.

Online court records did not yet list whether Morgan has entered pleas to charges of murder, five felony counts of neglect of a dependent and misdemeanor cruelty to an animal.

Judah's cousin, Jenna Hullett, said Judah was removed from the custody of his parents after he was born and placed in her home by the Indiana Department of Child Services in October 2017.

She raised him as her own child until a court ordered he be returned to his parents' custody in April, she said.

"He was a bright, happy, energetic little boy," Hullett said. "He was loving. He cared about everybody."

Hullett, who is Morgan's cousin, said she was speaking out, because she blames the Department of Child Services for failing to protect Judah.

"I want awareness, and I want justice for Judah," she said. "And, I want DCS held accountable, just as much as the so-called parents here."

Hullett said Judah was placed with her family after DCS intervened because of allegations Morgan had abused one of Judah's older siblings.

Department employees visited Hullett's Starke County home once a month to check on Judah's welfare and told her several times during the nearly four years she cared for the boy that she would eventually be granted custody, she said.

She attempted to warn the department that Judah told her Morgan hurt him during visits and that the boy was afraid of his father, she said.

She alleged a DCS manager apologized to her in June 2020, because the department had planned to file a termination of parental rights against Morgan and Judah's mother but someone "dropped the ball."

"He said all he could do was say he was sorry," Hullett said.

Hullett said DCS told her Judah would be placed with his parents for a "six-month trial visit" and that the department would regularly check on the child.

"If anything happened, if they messed up, I was supposed to get Judah back," she said.

Morgan was arrested in August on a felony charge of resisting arrest and misdemeanor operating while intoxicated and possession of marijuana charges, records show.

Hullett said she reached out to a case worker to ask if Morgan's arrest would affect Judah's placement.

"They told me, essentially, it was none of my business," she said.

Hullett said if DCS had filed to terminate parental rights, Judah would still be alive.

"He would be happy and healthy and his natural loving self," she said.

Instead, Hullett was preparing Wednesday to view the body of the boy she loved like her own child, she said.

LaPorte County sheriff's police found Judah's body about 2:45 a.m. Monday, after responding to a report of an unconscious child, they said.

No one answered the door, so deputies entered the home when they found it unlocked.

After removing the surviving children from the home, police obtained a search warrant and discovered the home "in disarray, with clothing, garbage, rotting food and animal fecal matter strewn about," court records state.

Deputies noticed "a strong, pungent odor of urine and rotting food" inside. A cord and key-style lock were attached to the refrigerator, preventing anyone from opening it.

Police found an emaciated dog in a 3-by-2-foot cage, which had matted fur and urine and fecal matter in the bottom of it, records state.

As officers descended to the basement, they found it was cold and dark with no working lights.

Several pieces of duct tape were found in the basement, some of which was stuck to the wall and some of which appeared to make a small circle on the floor.

Duct tape was found stuck to a fluffy blanket, which smelled or urine, and a toddler-sized pair of sweatpants also smelled of urine, records state.

Police found a cable and two small pipes near other items found in the basement, according to court documents.

A small infant-style toilet had urine and feces in it.

Boy suffered multitude of injuries in weeks and days before his homicide, doctor testifies

Police interviewed Judah's mother, Yoder, who said the boy was repeatedly sent to the basement "for punishment for not being potty trained like the other victims in the house," records state.

Hullett said Judah was potty trained at 2 years old, and she gave the infant-style toilet to Morgan and the children's mother to use for one of Judah's younger siblings.

The mother also claimed she was afraid of Morgan, but tried to stop him from abusing Judah by telling him "that's enough" and "leave him alone," records state.

The mother told police lights in the basement were shut off on purpose as a scare tactic, and food was also withheld from Judah, according to the documents.

The mother said Morgan bound Judah with duct tape and typically forced him to go to the basement naked. There was nowhere to sleep in the basement, but Judah was given a fluffy blanket, records state.

The mother told police Judah was sent to the basement about three times a week, and Morgan would grab him by the neck and carry him downstairs if he didn't go, records state.

The mother said she last saw her 4-year-old son Saturday in the basement when she left to give birth to another child. She denied abusing Judah herself but said she "could've put a stop to this but didn't," documents state.

Police interviewed the other children, who said they saw their mother and father force Judah into the basement, records state. They described hearing yelling and hitting noises coming from the basement and said Morgan would tape Judah’s arms behind his back.

A relative told police the family had a birthday party for one of the children Sunday. Morgan told relatives Judah was at a friend of his mother's, records state.

One of Judah's siblings told police that Judah actually "was in the basement where he normally is" while they had cake during the birthday party, records state.

An autopsy showed Judah died from blunt force trauma to the head, which caused a massive subdural hematoma, records show.

Anyone with information about the case is asked to contact Detective Sgt. Brett Swanson by calling or texting 219-363-9623.

"Instead of taking care of the city, at the end of the day, he betrayed the city," Assistant U.S. Attorney Amarjeet Bhachu said. 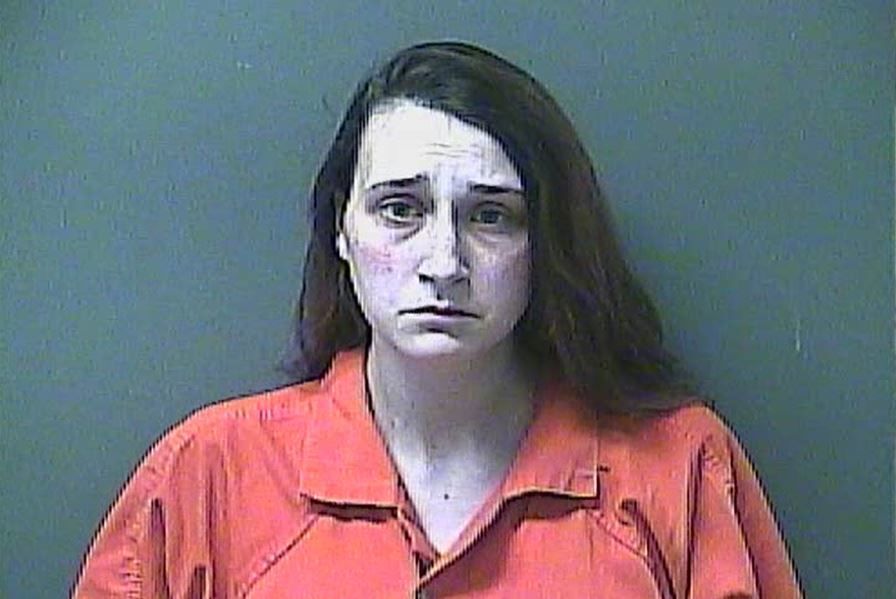 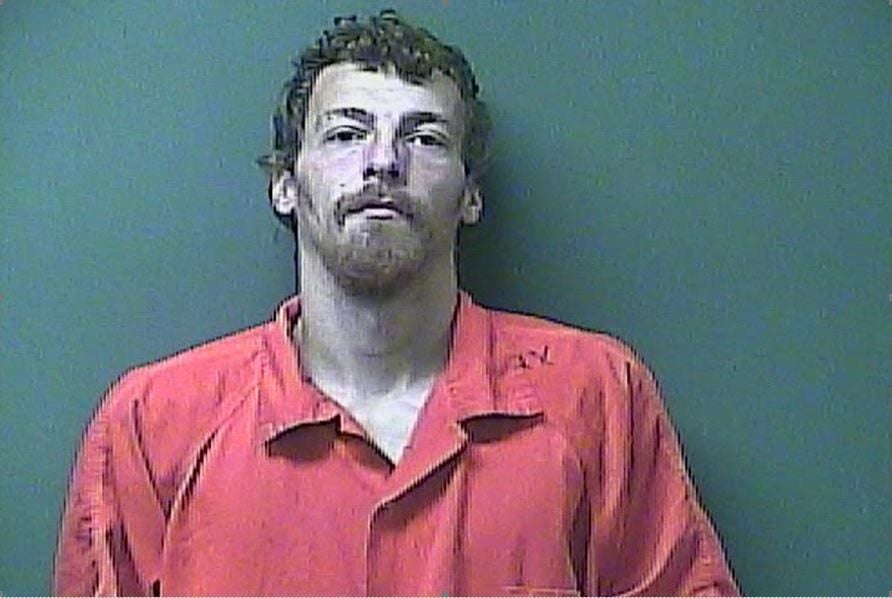