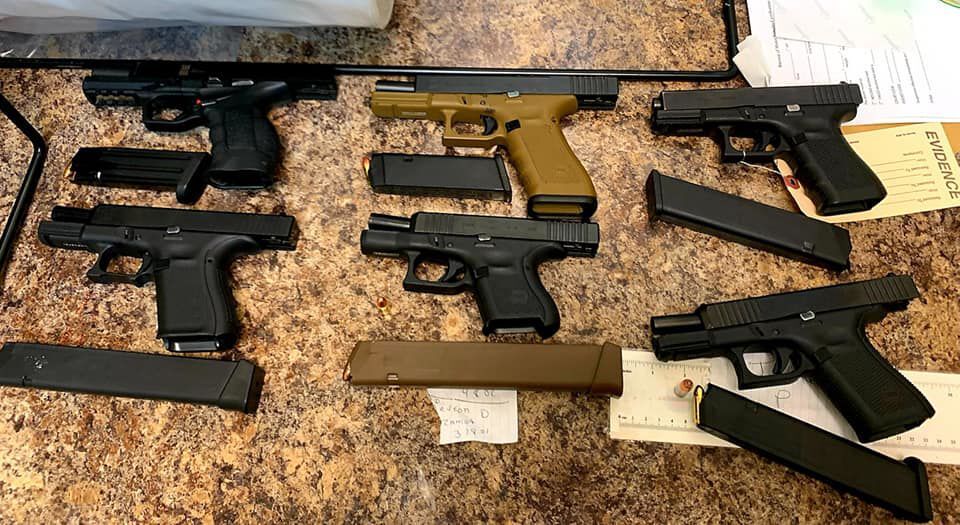 Several guns were confiscated from the group.

EAST CHICAGO — Five males face charges after they were arrested following a report of gunshots being fired in an East Chicago neighborhood.

A witness told police that several males were seen with guns running from the area.

Each member of the group was armed with semi-automatic weapons.

Police arrested all five males and filed charges against each of them for criminal recklessness and carrying a handgun without a license, Rivera said.

Six semi-automatic handguns were confiscated from the incident.

"V1 (victim) stated (Daniel) Kontos played a role game which involved her being the mom and Kontos being the dad," police said.

A pickup truck crashed into a house in Hammond's Hessville neighborhood Monday evening causing damage to the front of the home and flipping the truck on its side.

"The rationale for both of these important decisions were based upon the Hearns' beliefs that masks or face coverings are detrimental for children," their complaint reads.

Hobart Police Department investigators believe the pickup is a GMC or Chevrolet from model year 1989 to 1998, although they suspect it is a 1993 to 1995 model, calling the truck “unique.”

Several guns were confiscated from the group.