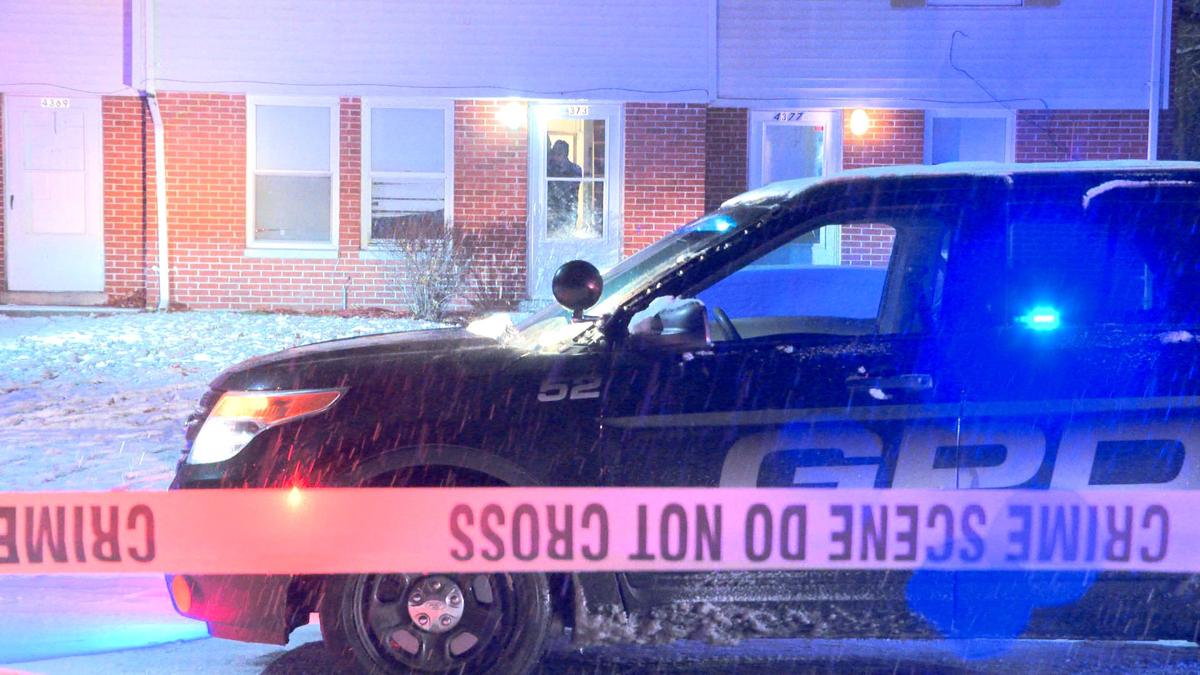 Crime scene surrounds an area after Tory'on Dukes, 4, was killed and his 27-year-old mother was wounded when someone shot into their home as they lay in bed Dec. 16 at Oak Knoll Renaissance Apartments in the 4300 block of 23rd Avenue in Gary. Anyone with information is asked to call the Lake County/Gary Metro Homicide Unit at 219-755-3855. To remain anonymous, call 866-CRIME-GP.

Ashley Miranda poses for a photo with her children. Miranda was killed Oct. 3 when someone in a white SUV opened fire on the car in which she was riding in the 7100 block of West Fifth Avenue in Gary. 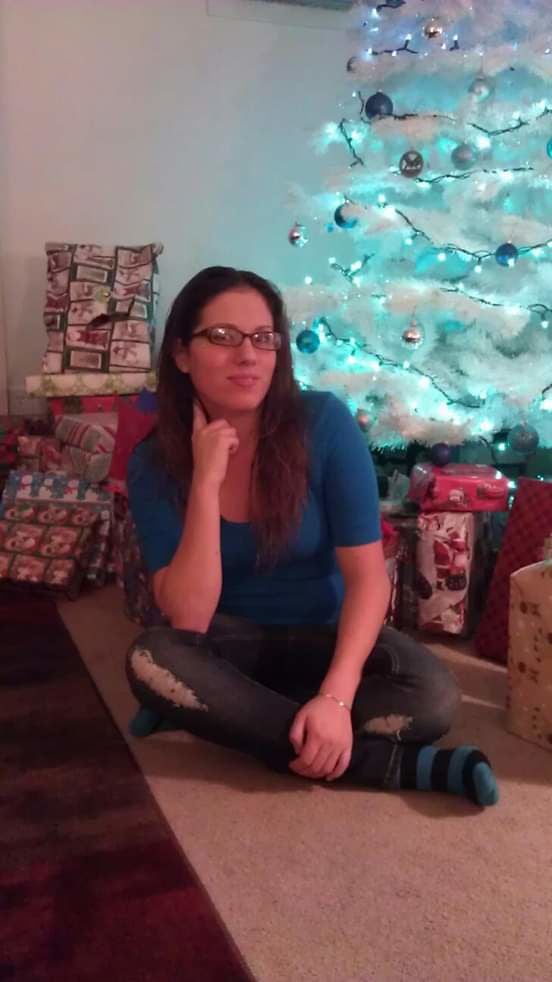 Ashley Miranda is seen in a family photo.

GARY — A mother and her teenage son, gunned down as he tried to hide behind a bedroom door.

Three members of the same family, all killed in separate homicides within one week.

Violence in Gary claimed more lives in 2019 than in each of the 11 years before.

Ask any family, and not one of those killed last year deserved to die — not for their mistakes or transgressions, and not because someone else started shooting without any regard for life.

“I don’t blame God. I blame people with guns,” said Margaret Rubalcava, grandmother to Ashley Miranda, who was killed Oct. 3 when someone in a white SUV opened fire on the car in which she was riding in the 7100 block of West Fifth Avenue in Gary.

Police responded to a total of 123 shootings in 2019, 106 of which involved a victim who survived and 17 that were self-inflicted, Cmdr. Jack Hamady said.

Domestic homicides rose by about 87%, from eight in 2018 to 15 in 2019. That number includes Sidne-Nichole Buchanan, 27, whose boyfriend was charged with killing her in Gary after a concert July 27 and dumping her body in a Cook County forest preserve.

In another domestic abuse case that claimed three members of the same family, Nefretiri Jones, 52, Yoasha Carter, 25, and Dwayne Jones, 33, all of Gary, were found shot to death after a fire at their home Oct. 25 in the 3500 block of West 20th Avenue. Yoasha Carter’s boyfriend, Reginald Carter, 31, pleaded not guilty to three counts of murder and one count of arson.

Seven homicides during the first quarter of 2019 are believed to be drug-related and involve a single person of interest, police said.

In all, 14 of the 58 homicides last year likely were drug-related, Hamady said. Police think four were motivated by robbery.

Police plan to continue with the Gary for Life initiative started under former Mayor Karen Freeman-Wilson, which includes “call-ins” where alleged gang members are offered help in changing their lives but warned police and prosecutors will show no mercy if they commit crimes.

Police have secured charges or presented their investigation to the Lake County prosecutor’s office in 25 of the 58 homicide cases, resulting in a clearance rate of 43%, Hamady said. That’s up from a rate of less than 40% in 2018.

“There’s officers working on it,” she said. “I think they’re great. They’re giving us comfort.”

The motivation for Miranda’s homicide remains unclear, though family members said she recently had been trying to move on from an abusive relationship.

Her father, Manuel Miranda, said he was once in a gang and so was his daughter.

Ashley Miranda was the “mother hen” among her cousins. She had a big heart and lot of friends, her father said.

She struggled with bipolar disorder and was trying to regain custody of several of her children.

Her former boyfriend, Carlos Santos, 19, of Hammond, was sentenced Jan. 7 to two years in prison for kidnapping a woman who was pushed from a car Santos was driving in 2017 in Gary. The woman lost her hearing as a result. Miranda was in the car with them.

During his sentencing, Santos’ attorney, John Cantrell, painted Miranda as a bad influence on him and said Miranda was charged with false informing after retracting statements that led to domestic abuse charges against Santos.

Miranda’s family said her two-year relationship with Santos was rocky and abusive.

“I never claimed my granddaughter was an angel,” Rubalcava said. “She made her mistakes. Who doesn’t? But no woman deserves to die like that.”

Manuel Miranda said his 4-year-old grandson looks for his mother and wonders where she is.

“That’s one of the hardest things,” he said. “Some days I can’t sleep. I only get maybe two, three hours of sleep because my mind is racing.”

Manuel Miranda doesn't believe gangs had anything to do with his daughter's homicide, he said.

Gang-related cases are some of the most difficult to solve because witnesses are unwilling to come forward, Hamady said.

If the city is able to keep the number of gang-related homicides and shootings down, Gary's clearance rate should continue to improve, he said.

The department reorganized its drug unit last year after the string of seven drug-related homicides in February and March.

New Police Chief Richard Ligon will be looking to increase the unit’s funding, possibly through the use of forfeiture and seizure money, Hamady said. Gary police also hope to work more closely with the Lake County Sheriff’s Department to improve drug interdiction efforts.

The department hopes to bring in more outside funding for its SWAT and K-9 programs, and further bolster its partnerships with local, state and federal agencies such as the Drug Enforcement Administration and FBI.

EDITORIAL: Look at the faces of homicide victims, resolve to act

The problem of homicides is staring us all in the face, and we must ask ourselves if we will avert our eyes or resolve to tackle it together.

Gary's new mayor, Jerome Prince, sat down with The Times for an interview to recap his first two weeks in office and give a preview of what's to come for his administration.

GARY — The coroner's office has released the identity of the 61-year-old who was shot multiple times before he crashed his vehicle Wednesday.

GARY — A 61-year-old man died at the hospital after being shot and crashing his vehicle, police said. This marks the tenth suspected homicide …

Domestic abuse, drugs and gang activity led to an increase in homicides across Lake, Porter and LaPorte counties, data shows.

Scott Stewart, of Gary, was found with a gunshot wound by police around 11:30 a.m. Saturday in a residence in the 2500 block of Calhoun Street, Gary police Lt. Thomas Pawlak said.

Editor's Note: On the ninth anniversary of this triple-homicide, more than 25,000 readers have visited our website to read the original story.…

A police officer fatally shot a man who refused to disarm during a standoff with officers in Lafayette, police said.

UPDATE: 1 taken into custody after woman gunned down in mobile home, police say

Sylvia Williams, 55, of Hammond, was gunned down early Thursday in her Hammond home. She previously was shot, but survived, during a Nov. 1 shooting at the same home, police said.

Police conducted the search after completing a two-month investigation, and cocaine and heroin worth approximately $20,000 was found in the home.

A man is facing kidnapping charges after he hijacked a vehicle from a McDonald's with the car owners' 7-month-old baby in the back.

Crime scene surrounds an area after Tory'on Dukes, 4, was killed and his 27-year-old mother was wounded when someone shot into their home as they lay in bed Dec. 16 at Oak Knoll Renaissance Apartments in the 4300 block of 23rd Avenue in Gary. Anyone with information is asked to call the Lake County/Gary Metro Homicide Unit at 219-755-3855. To remain anonymous, call 866-CRIME-GP.

Ashley Miranda poses for a photo with her children. Miranda was killed Oct. 3 when someone in a white SUV opened fire on the car in which she was riding in the 7100 block of West Fifth Avenue in Gary.

Ashley Miranda is seen in a family photo.