A violent start: Homicides, shootings up so far this year in Gary
Share this
{{featured_button_text}}
1 of 3 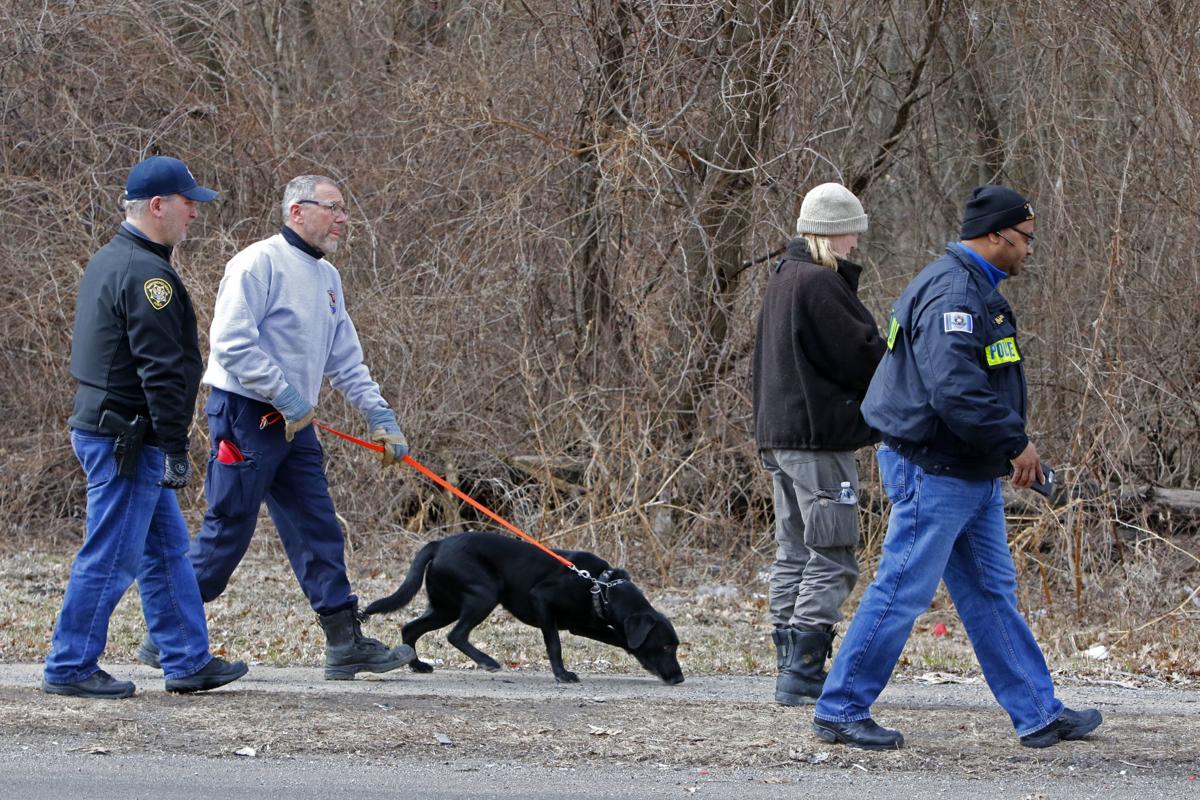 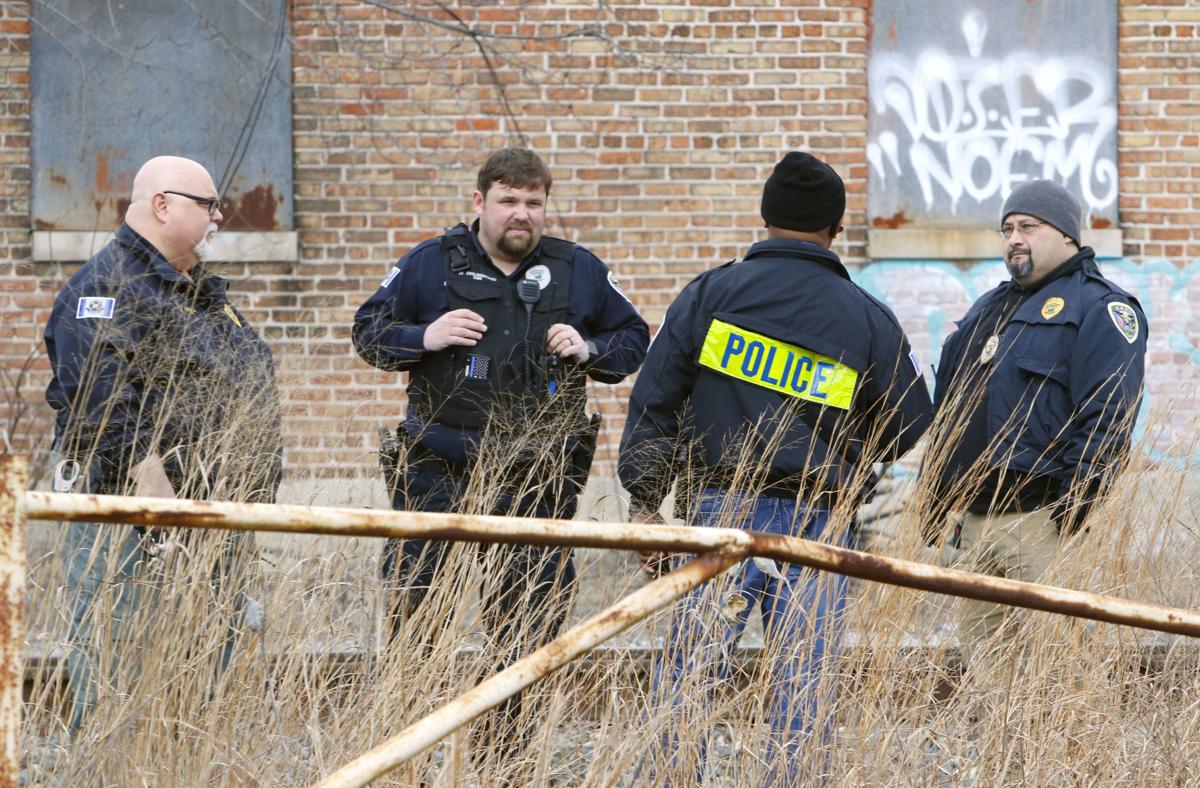 Gary police search along a set of railroad tracks March 17 in the city's West Side neighborhood for Jessica Flores. Flores, who is presumed dead, is one of 17 homicide victims in Gary so far this year. 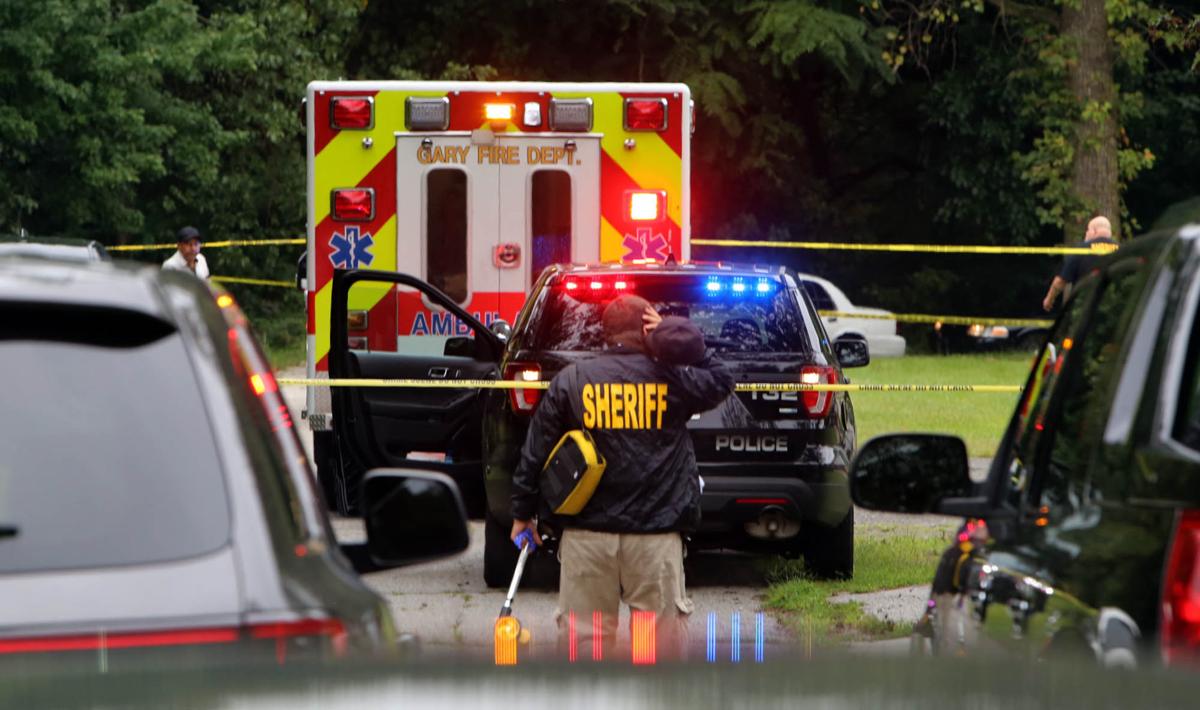 Gary and Lake County sheriff's police respond Sept. 7 to a homicide scene in the 1000 block of East 41st Avenue in the city's Glen Park neighborhood. An increase in non-gang-related killings drove up homicide totals during the first quarter of 2019. Police said they've cleared seven out of 17 cases and have a person of interest in an addition six cases.

Perez's sister, 36-year-old Jessica Flores, disappeared Feb. 25 and is presumed dead. She's one of 17 people Gary police say were killed in homicides during the first quarter of 2019.

"I'm not going to stop looking until we find her," Perez said as she prepared to walk a trail along the Little Calumet River in the city's Black Oak section. "We are going to find her."

Homicides and shootings have been on the rise this year in Gary, but police said gang-related cases are down and they've been able to secure charges or have a person of interest in a majority of the cases.

Another positive sign is that the number of gang-related homicides is down, police Cmdr. Jack Hamady said.

Of the 17 homicides this year, police currently think two were gang-related. Last year, nine of the 15 homicides reported during the first quarter were believed to be gang-related.

Shootings — including gang-related cases — are up this year.

By comparison, Hammond has recorded no homicides so far this year. East Chicago has logged two.

Hamady said the last gang-related homicide in Gary was in early February.

"We started an enforcement action on those two groups involved — the victim (group) and the suspect (group)," he said. "In two months, we haven't had a group-involved shooting."

As part of the Gary for Life program, police and their partners combine targeted enforcement actions with mentoring, employment assistance and youth violence prevention strategies.

During formal meetings, dubbed "call-ins," gang members and their associates are invited to hear what Gary For Life has to offer. They are offered help, but also warned they will face consequences if they choose to remain on their current path.

This year it's drugs, rather than gang activity, that may have fueled the increase in homicides.

Jimmy Valentine, 55, of Gary, was one of three family members among four people found dead within one week in late February. Valentine had a history of cases related to heroin, court records show.

No charges have been filed in the homicides of Valentine; his wife, Tracy Valentine, 48; his brother Wayne Valentine, 69; and Timothy J. Snow, 55, of Hammond, who was found dead with Tracy Valentine Feb. 20 inside a home in the 400 block of Jefferson Street.

Court records allege the promise of cocaine may have led Flores and a witness to get in a car with the man charged with murdering Flores. Drew “Tiny” Carter III, 41, is accused of shooting Flores as she sat in the backseat of a car in Gary.

Hamady said police have secured charges in six of the 17 homicide cases this year and cleared one as accidental. Investigators have a person of interest in six of the remaining open cases, he said.

Though a murder charge has been filed in Flores' disappearance, Perez still has many unanswered questions, she said.

She's still holding out hope her sister is alive and being held against her will somewhere. DNA testing results that could more conclusively show Flores is dead remain pending, she said.

As she's combed Gary for clues, she's been taken aback by the blight and condition of many of the areas she's searched, she said.

The loss of Flores, a mother of six children, has affected her family tremendously.

"It's horrible," Perez said. "We've had to become investigators. We can't sleep."

Perez said she's pushed herself to go to work, because she has bills to pay and children who need her care. Her mother also has had a difficult time, and has had to rely on her strength and faith.

Flores' youngest children don't yet know their mother is presumed dead, she said. The older children are having a hard time.

"Nothing is going to stop me from looking for my sister," she said.

GARY — Charlie was scared and a muddy mess, but "unbelievably cute" when the canine was rescued by Indiana State Police officers Sunday aftern…

CROWN POINT — A judge entered formal not guilty pleas Monday for a Gary man accused of throwing his 7-month-old son and choking the infant.

CROWN POINT — A judge reduced bond Monday for a man accused of driving drunk and killing a 40-year-old motorcyclist last summer in Gary.

GARY — The family of a missing woman is asking the public's help as they continue to search the city for their loved one.

Crime down 2% in Portage so far this year

PORTAGE — Crime in the city has dropped 2% during the first quarter of the year, according to Portage Police Chief Troy Williams.

HAMMOND — During the 15 months since her brother was shot to death, Marsha Hoernig has become an investigator.

Man tells police he likely blacked out on whiskey before carjacking, crash

Police seize 50 pounds of marijuana, more than $50K in raid

CROWN POINT — Police seized 50 pounds of marijuana, about $50,000 in cash, a handgun and hash oil during a raid April 13 in Gary, court record…

GARY — A 67-year-old man died from a gunshot wound to the head late Sunday outside his home in the city's Tolleston section, police said.

GARY — Drugs fueled an increase in homicides in the city during the first six months of 2019, but an initiative targeting gangs and their memb…

UPDATE: Court security admonishes murder defendant after he tells woman's family he 'didn't do it'

GARY — A 55-year-old has been identified as the man found shot to death Monday in the city's Tolleston neighborhood, officials said.

GARY — Alarmed by a homicide spike since Jan. 1, city leaders are urging people to come forward with tips as the Police Department crafts an a…

Gary police search along a set of railroad tracks March 17 in the city's West Side neighborhood for Jessica Flores. Flores, who is presumed dead, is one of 17 homicide victims in Gary so far this year.

Gary and Lake County sheriff's police respond Sept. 7 to a homicide scene in the 1000 block of East 41st Avenue in the city's Glen Park neighborhood. An increase in non-gang-related killings drove up homicide totals during the first quarter of 2019. Police said they've cleared seven out of 17 cases and have a person of interest in an addition six cases.