Christopher Dillard is accused of killing Nicole Gland on April 19, 2017. 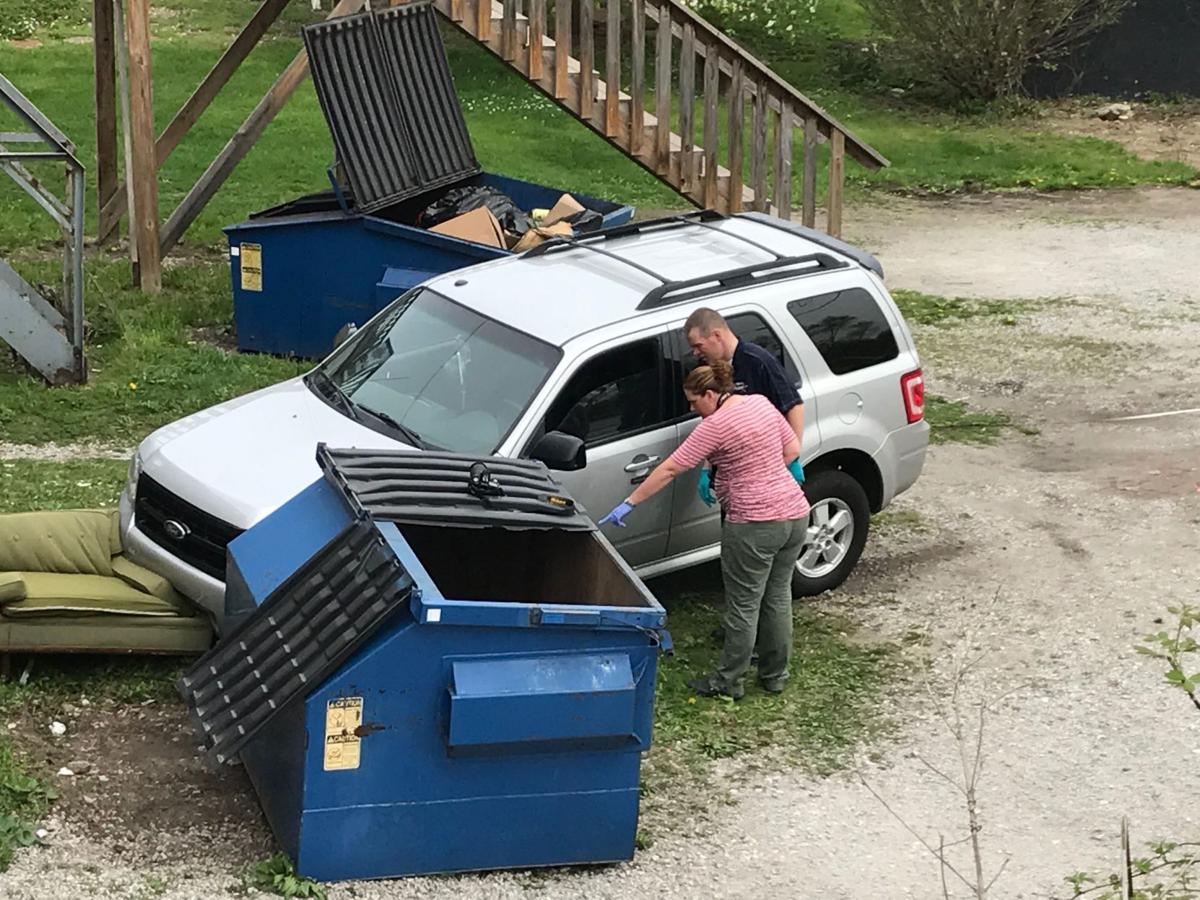 INDIANAPOLIS — Seven months after he was sentenced to a maximum of 65 years behind bars, convicted murderer Christopher Dillard has appealed, claiming, in part, that his case was not heard by an impartial jury because of "extensive inflammatory pretrial publicity," according to a court document.

The 54-year-old Hobart resident, who stabbed 23-year-old Portage resident Nicole Gland to death April 19, 2017 outside the Chesterton bar where they both worked, is also arguing Chesterton police failed to preserve or document a knife later found at the murder scene, which "deprived Mr. Dillard of potentially useful evidence for his defense."

Dillard has asked the Indiana Court of Appeals to reverse his murder conviction or at least revise his sentence to 60 years, according to the appeal filed on his behalf by public defender Janette Surrisi of Plymouth.

Dillard argues Porter Superior Court Judge Jeffrey Clymer violated his constitutional rights three times by denying his request to move the trial to another county or have a jury brought in from another county to avoid prejudicial influence from pretrial publicity.

The defense had presented approximately 42 news articles from area papers, as well as subsequent social media comments and shares in support of its request for a change of venue, according to the appeal. The stories included references to a confession by Dillard that was thrown out by the state appellate court because police ignored Dillard's repeated requests for an attorney during an interview at the Chesterton Police Department.

The confession was barred from being presented to jurors during the trial.

An online petition calling for the removal of Chesterton Police Chief David Cincoski for allegedly mishandling the murder investigation was also presented as part of the request for a change of venue, according to the appeal.

Of the 15 jurors chosen for the trial — 12 regular and three alternates — three had exposure to press coverage of the case, the appeal says.

The jury deliberated for about 10 hours on Nov. 6, 2019 before finding Dillard guilty of stabbing Gland more than 20 times while she was in her vehicle behind the former Upper Deck Lounge. Prosecutors said Dillard had been on a cocaine- and alcohol-fueled binge and was frustrated when Gland rebuffed his sexual advances.

Chesterton police were called to the scene months after the attack about a kitchen knife found tucked underneath a downspout, the appeal says. A witness testified a Chesterton detective took photos and took the knife, but the officer denied at trial that he took the knife or made record of it.

"Mr. Dillard contended that the state had violated his due process rights by failing to preserve potentially useful evidence," according to the appeal.

The appeal also challenges the decision by Clymer to allow testimony that a Porter County jail officer overheard Dillard say in the doorway of his cell, "I have no problem killing."

The decision by the judge was in error and "prejudicial," the appeal claims.

If the conviction is not thrown out, the appeal asks that the sentence be reduced to 60 years, in part, because the 65-year sentence was given in error.

Is the Earth’s inner core solid and squishy?

Is the Earth’s inner core solid and squishy?

Nearly three years after stabbing a 23-year-old to death outside the bar where they both worked, Christopher Dillard was sentenced Thursday to a maximum of 65 years behind bars.

VALPARAISO — Two and a half years after receiving word that his 23-year-old daughter, Nicole Gland, had been brutally stabbed to death, Matthe…

Police arrested a woman on allegations that she was driving drunk when she caused a crash that injured a motorcyclist, officials said.

As police were searching the vehicle, they came across a pair of loafers that were "oddly heavy for their size and misshaped as well," according to court documents.

"(Christopher) Dillard merely has established limited jury exposure to prejudicial pretrial publicity," according to the appellate court. "That is not enough."

Christopher Dillard is accused of killing Nicole Gland on April 19, 2017.