CHICAGO — Two men have been indicted by a grand jury in connection to the fatal shooting of Chicago Police Officer Ella French and the wounding of Officer Carlos Yanez.

Sept. 17 marks the next court date for the men.

The case has ensnared a Hammond man, who was accused of being the "straw purchaser" of a gun involved in the shooting of two Chicago officers.

Jamel Danzy, 29, has since been released on bond, according to the Northern District of Illinois courts.

Danzy was released on the conditions that he attends court hearings or that he pays a $4,500 appearance bond. Danzy was also ordered to be supervised by pretrial services and was ordered to have no contact with the other defendants in the case.

Additionally, Danzy must be on "extreme good behavior" and provide a DNA sample to authorities.

Danzy was taken into federal custody after allegedly buying the gun that was used to kill French and severely wound Yanez during a traffic stop on Aug. 7. He is accused of knowingly purchasing the Glock Model 44, .22-caliber semiautomatic pistol on March 18 at a Hammond gun shop on behalf of a person, now identified as Eric Morgan, who could not legally buy a gun due to a prior felony armed robbery conviction in Wisconsin.

ATF Special Agent Christopher Labno alleged that Danzy acted as a “straw purchaser” for the suspect, in a release from Northern District of Illinois courts.

Danzy has no past convictions for any misdemeanor or felony crimes, court documents show. The only court records connected to Danzy, aside from his recent federal charge, are for traffic infractions.

Danzy had been employed as a classroom aide since December 2019 for the Head Start program hosted by the Merrillville Community School Corporation in partnership with Geminus Corporation, according to Donna Stuckert, public information officer for the school corporation.

“Tragedies like this happen when people straw purchase firearms on behalf of those who are prohibited from purchasing and possessing firearms themselves,” said ATF Special Agent in Charge Kristen de Tineo said in a statement. “ATF remains committed to working with our law enforcement partners and the U.S. Attorney’s Office to investigate these firearms trafficking schemes and prosecute those responsible.” 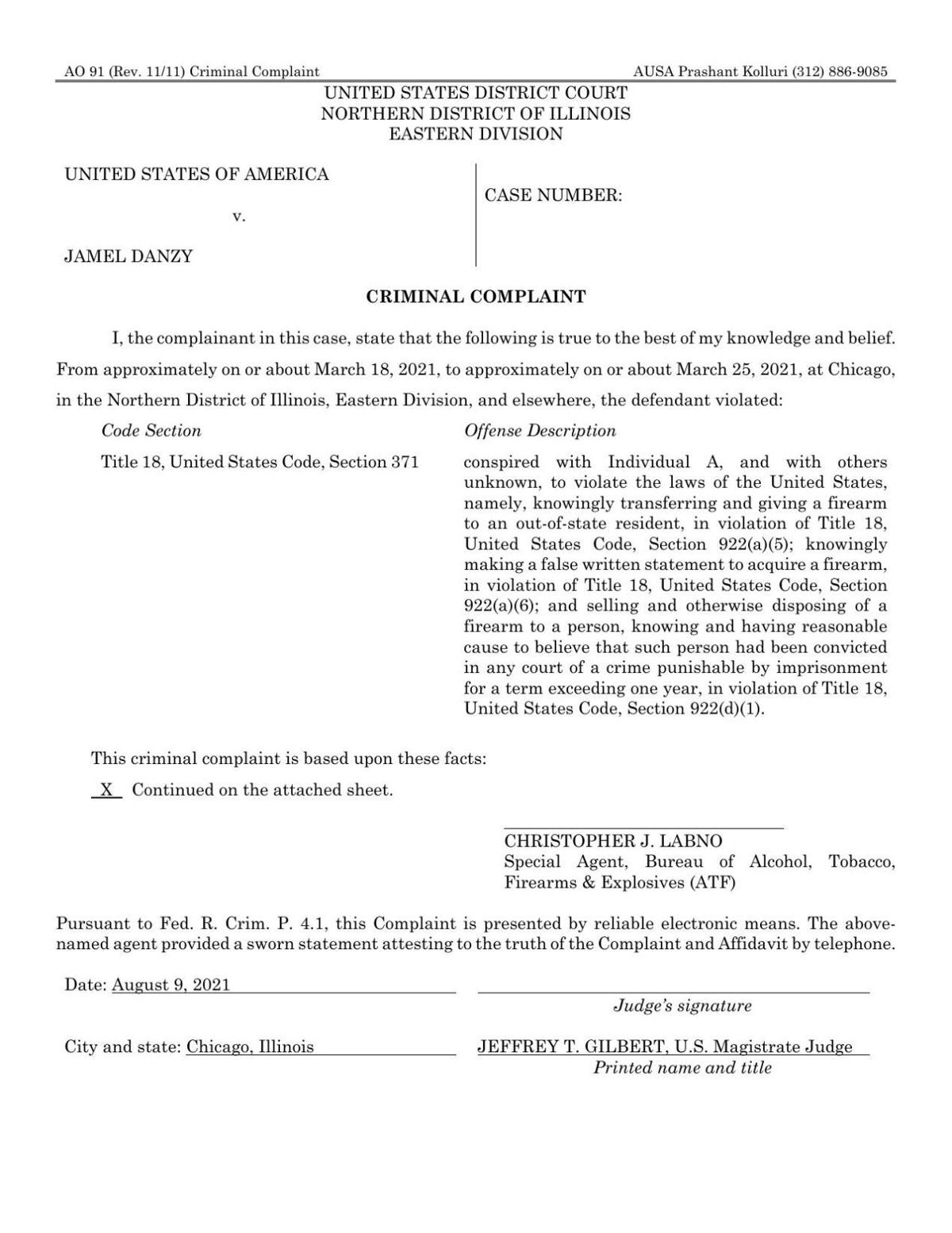 Exits were closed on the Dan Ryan and Bishop Ford expressways as far north as Garfield Avenue, ISP said. The highways will reopen when the lengthy procession exits at 159th.

The teen was shot on the left side of his body below his rib cage, police said.