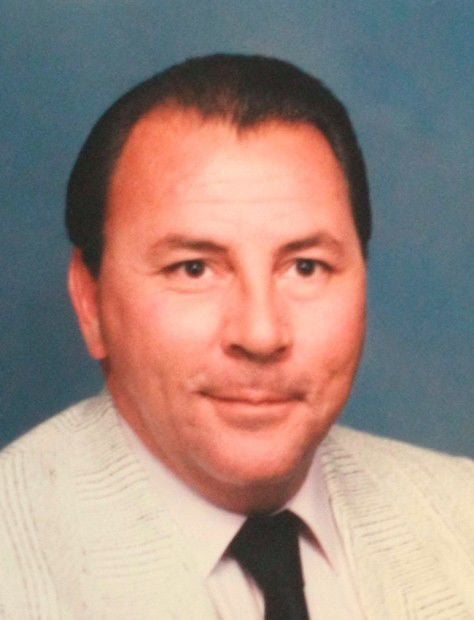 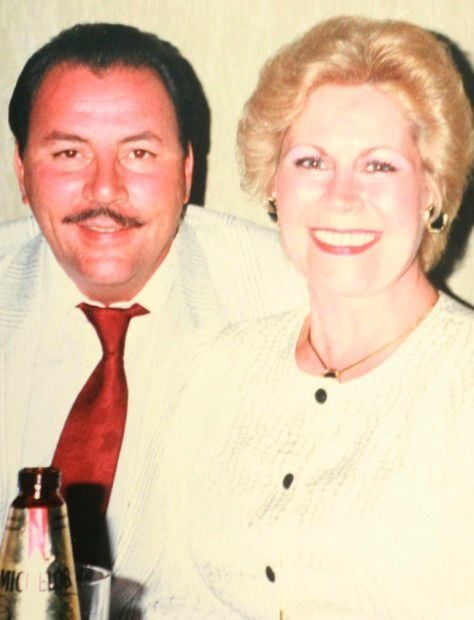 Joe Bova, left, a business agent for the Laborer's International Union of North American Local 81 in Valparaiso, was killed in 1989 in a vehicle bombing outside his Merrillville home. His wife, Sharon, right, was home when Bova's truck exploded.

MERRILLVILLE — Seemingly anyone you could ask who knew Joe Bova agrees on what kind of person he was: an ordinary, peaceful man who loved his family, largely kept to himself and stayed out of trouble.

No one seems to have any idea why somebody would kill the 43-year-old labor official — especially in such a violent, extraordinary fashion.

About 6:04 a.m. that day, Bova walked out of his Merrillville home at 6686 Massachusetts St. and climbed into his 1974 Ford pickup truck. Bova’s wife, Sharon, was in the home's kitchen at the same time.

Suddenly, as her husband keyed the truck's ignition, a blast rattled the house. About a half-hour later, he was dead.

Joe Bova was mortally wounded when his truck exploded in his driveway with him inside, causing a fierce blast so powerful it reportedly sent him nearly 50 feet away from the vehicle.

Sharon Bova found her husband, moaning, barely alive and nearly dismembered, in a crater in the yard, her sister Carol Vonasch said.

Vonasch said her sister was never the same after the killing. She never went back to work, and she stopped answering calls from family who lived in the area.

Sharon Bova lived 20 years after the fact. Her husband’s death consumed her until the day she died, Vonasch said.

“Sharon died of a broken heart,” Vonasch said. “She was devastated.”

Vonasch remembers Joe Bova as an honest family man who didn’t fit the profile of someone who would meet that kind of death.

“Joe was a good guy. He was a very good man … it’s hard not to have closure,” Vonasch said. To date, Vonasch said she hasn’t heard anything from investigators on possible new leads.

Joe Bova’s surviving immediate family members include one brother and a sister. Joe and Sharon Bova never had children, Vonasch said, and Joe Bova’s two other siblings have died, along with the investigators most closely connected to the case.

Some of Bova’s family have theories as to who was responsible — or at least who may have known something — and what may have motivated his killing, but the case has never reached a conclusion.

Bova’s job, secretary-treasurer of Laborers Union of North America — Local 81 in Valparaiso, prompted speculation of ties to organized crime. But police said early in the investigation that the bombing didn’t appear related to his job.

That hasn’t stopped Brett Parlock, a nephew of Bova, from probing the case.

Parlock was 9 years old the day his family’s reality was shattered. He recalls it was a school day and his mother got a phone call that caused her to scream. He rushed from upstairs to see what happened. It was then his mother shared the horrific news: His uncle was dead.

Parlock said he was told that, after the bomb went off, his uncle used what little life he had left to try crawling back to his home’s front porch as his wife watched, horrified.

“She was never the same,” Parlock said, sharing a description of Sharon Bova similar to that given by her sister. “They were just really good people,” he said of the married couple.

Parlock said he has nothing but positive memories of his uncle.

“I was very fond of him. I remember him being good to me,” he said.

All accounts of Bova point back to a lingering question — Why would a man so well-liked, with no known enemies, die the way he did?

The bombing: 'work of a professional'

The explosion that killed Bova was so powerful it reshaped the vehicle into a pyramid of wrecked steel, caving in the dashboard and blowing out the floor and windows, Daniel Thomas, the Lake County coroner at the time, previously said.

Thomas described the force of the blast as “incredible” and said he believed the bombing was “the work of a professional.”

After the explosion, Bova was found lying face down about 50 feet away from the truck. Police told The Times he was alive when paramedics got there, though hanging by a thread of life.

“It was a horrible death,” Thomas told The Times. “He died from the bomb injuries, and from the loss of blood.”

The truck ravaged in the explosion had not been driven for two days, police said afterward.

Merrillville police, in conjunction with the Bureau of Alcohol, Tobacco, Firearms and Explosives, investigated the bombing. Officials told The Times numerous times that they didn’t believe the explosion was related to an internal union struggle or organized crime.

The Laborers International Union was cited by the President’s Commission on Organized Crime, a now-defunct panel that during the Reagan administration, as being one of four unions being linked to organized crime, The Times reported. However, there were no indications organized crime had been involved in Local 81 when that report was released.

Family members familiar with the bombing recall that investigators re-created the explosive and learned it was designed to go off randomly between knob turns.

Jerry McCory, then the Merrillville police chief, said in interviews that police couldn't determine a motive for Joe Bova's killing.

“Our understanding is that the local was run pretty clean and pretty good,” McCory said at the time. “Joe Bova was probably as well-liked as anybody.”

Shortly after Bova’s death, the local union hall, its sister union — Local 41, Indiana’s State District Council and the 12 labor unions that remained in Indiana posted a $30,000 reward for any information that would lead police to Bova's killer, conspirators or co-conspirators.

About 200 mourners paid their final respects to Bova at his funeral the following Saturday at Geisen Funeral Home in Merrillville.

Bova was eulogized exactly how those who personally knew him described him — as a kind person who liked everyone and was liked in return.

He was described as a man who cared deeply for his family and had a soft spot for animals. During winters, Bova would go to the steel mill to feed stray cats who lived there, said Arthur N. Wilkerson, who officiated the service.

Police questioned Local 81 officials, who answered all questions freely, McCory told The Times. Nonetheless, it didn’t lead investigators to any suspects. In addition, the reward seemed to draw no interest.

McCory speculated the lack of information could be a result of the nature of the crime and the supposed lack of witnesses.

The Times previously reported there was a vague description of a man leaving the scene of the bombing, but police said all leads ran to a dead end.

An ATF spokesperson said in late April of this year the agency had no additional information to provide on the Bova case, adding it occurred so long ago that archived records were no longer available.

Despite the lack of developments and open-ended nature of the case, it's clear Parlock isn't ready to quit looking for answers in his uncle's death.

“I always thought this would be one of those cases that would be solved one day," Parlock said. "At the end of the day, someone murdered my uncle."

Gallery: Crimes that Rocked the Region

Crimes that Rocked the Region: Jay Given

This is the second story in a series about unsolved murders in Northwest Indiana. If you have a cold case you’d like The Times to feature, please contact staff writer Lucas Gonzalez at Lucas.Gonzalez@nwi.com or reach our tip line at newstips@nwi.com.

Family of victim in unsolved 1990s murder speaks out: 'Every day I wake up to that reality'

“You encounter so many people in this city … you just don’t know their motive and don’t know if they had anything to do with this."

Joe Bova, left, a business agent for the Laborer's International Union of North American Local 81 in Valparaiso, was killed in 1989 in a vehicle bombing outside his Merrillville home. His wife, Sharon, right, was home when Bova's truck exploded.