CROWN POINT — A 19-year-old woman is accused of helping her boyfriend and his two friends break into her family's home in Hammond, where the burglars allegedly raped the woman's stepsister, authorities said. The mother of the victim said she witnessed the sexual assault on a live camera feed, court records state.

Alexis M. Lietz was charged Wednesday in Lake Criminal Court with burglary with a deadly weapon and armed robbery on allegations she conspired with her boyfriend, Elias J. Costello, and two accomplices, Nathaniel J. Asbury and a 16-year-old boy, to rob her parents' home.

Asbury, 21, and the juvenile allegedly raped Lietz's 19-year-old stepsister at gunpoint during the burglary. Costello, 18, is accused of holding down the woman and groping her during the assault.

Hammond police were dispatched at 9:48 a.m. Monday to a residence in the 3000 block of Crane Place after receiving reports of a home invasion, court records state.

Officers surrounded the house and found Lietz sitting in a vehicle. Lietz's stepsister came running from the home followed by Asbury, who was arrested a short distance from the scene after hopping a neighbor's fence.

The juvenile fled the home and was found by a K-9 officer hiding in a neighbor's yard, police said. They found Costello cowering under blankets in the home's basement.

The female victim told officers she was asleep on the living room couch when she heard someone trying to open the door, police said. She said she assumed it was her stepsister, so she went back to sleep. She said she was then awoken by men wearing gloves and ski masks, one of whom, armed with a shotgun, ordered her to lay face down on the couch, records state.

She said the men ransacked the house, and the man holding the shotgun ordered her to remove her clothing. She said two of the burglars then raped her, records state.

The victim's mother first reported the burglary. She told detectives her son called and said someone tried breaking down his bedroom door. She said she looked at a live camera feed she had installed in her living room and witnessed the burglars sexually assaulting her daughter, records state.

The juvenile declined to provide a statement to police, but the other defendants confessed to their roles in the burglary and sexual assault, records state.

Lietz said she drew out a map of the home, which detailed the location of cameras, TVs, jewelry and money. She said she wanted the money to help get custody of her child, records state.

Lietz, Asbury and Costello are each jailed on $125,000 surety bonds, court records state.

Driver plows into back of Crown Point dump truck; police say driver lucky to be alive

5 important stories you need to know from yesterday: Hammond police say they are investigating arrest of teen at Festival of the Lakes; family alleges excessive force used

CROWN POINT — A judge approved a bond reduction Wednesday for Elias Costello, one of the men accused of sexually assaulting his girlfriend's s…

EDITORIAL: Judge makes it easier for alleged rapist to get out of jail

Sex abuse victim tells offender at sentencing, 'I was taken advantage of and feel broken'

CROWN POINT — The state is asking a criminal court judge to reconsider a bond reduction for Elias Costello, one of three defendants charged in…

CROWN POINT — A woman testified Tuesday she did not want to pursue charges against her boyfriend, Elias Costello, for the alleged July 8 burgl…

CROWN POINT — A criminal court judge denied a motion to allow Alexis Lietz to live in Antioch, Illinois, while facing a charge of plotting a H…

A 16-year-old is facing several felony charges for his alleged role in a rape and home invasion over the summer in Hammond.

CROWN POINT — Alexis Lietz, the woman accused of plotting a burglary that led to her stepsister's rape at their Hammond residence, is seeking … 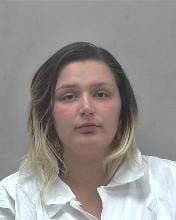 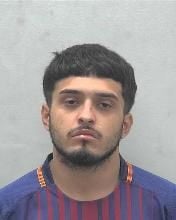 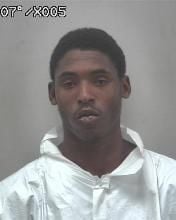