The scene of Monday evening's fatal crash along U.S. 20 in Westchester Township. 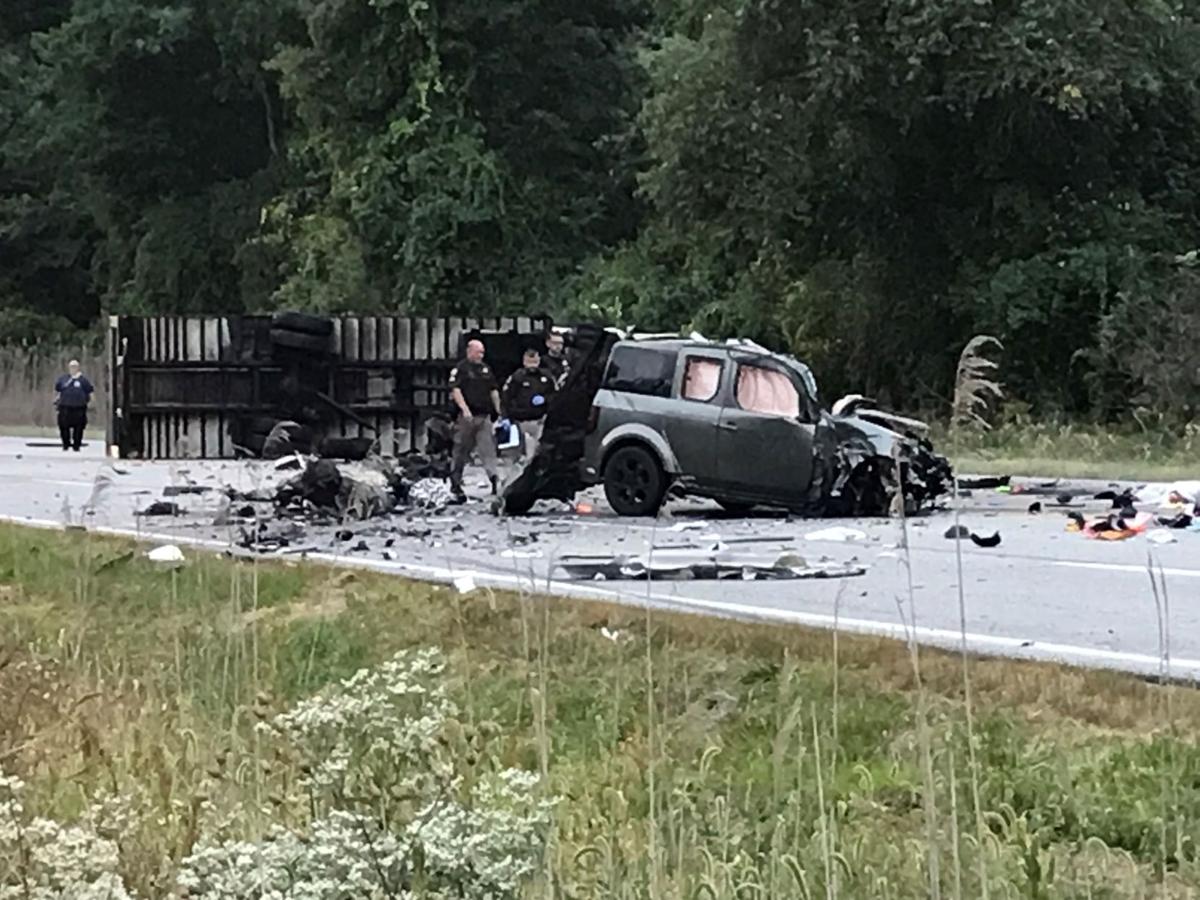 A crash took place Monday evening on U.S. 20 outside of Chesterton.

WESTCHESTER TOWNSHIP — An Ohio man has been identified as the driver killed Monday night along a local stretch of U.S. 20 when his vehicle steered into an oncoming semitruck on the undivided highway, according to the Porter County coroner's office.

Daniel Brown, 37, of Toledo, was the sole occupant of his Honda Element, official said.

Brown was driving eastbound in the area of Brummitt Road just minutes before 6 p.m. when he drove left of center for an unknown reason and collided head-on with the westbound semi, police said.

The rear of Brown's vehicle spun around and struck the driver's side of another eastbound vehicle travelling alongside him, according to police.

The front of his car was demolished, and the semi wound up on its side, shutting down the highway while investigators and responders worked.

The truck driver suffered minor injuries and was taken to a local hospital, according to police. The driver of the other eastbound vehicle was not injured.

"Mr. (Karl) Brewer stated he did not want to go to jail, and he would not have anyone to bail him out," according to the incident report.

The scene of Monday evening's fatal crash along U.S. 20 in Westchester Township.

A crash took place Monday evening on U.S. 20 outside of Chesterton.